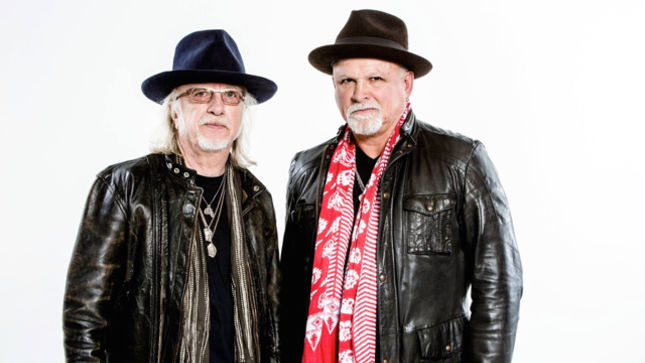 Every once in a while, talented members of well-known bands will get the itch to explore other creative avenues. Such was the case in the year 1981 when Brad Whitford, the rhythm guitarist from Aerosmith, and Derek St. Holmes, the guitarist and singer from Ted Nugent’s band, got together to make their own album under the name Whitford/St. Holmes.

Putting a whole band together and toured for a bit, a couple years after the release of Whitford/St. Holmes, the project was all but dissolved. Then, to the surprise of many, in 2015 the two reunited to perform once again. Putting out feelers at Rock-n-Roll clubs around the USA, 2016 would bring more touring and a long overdue sophomore album, fitting entitled Reunion. Featuring Bassist Chopper Anderson, Keyboardist Buck Johnson, and Tesla’s Troy Luccketta on drums, the album hit stores as of June 3rd with longtime fans itching to take a listen.

The present day album features nine tracks, none of which exceed much past four minutes, more than likely because the musicians are not interested in boring the audience in long jam sessions. The first song, the album’s debut single, “Shapes” has an up tempo beat with good rhythms and simple, down-to-earth lyrics that sets the bar for what is to come. The next song, “Tender Is The Night,” has more of bluesy countrified tone that borders between Country and straight Rock based on the almost typical Country style guitar medley with sad love affair type lyrics and vocal tone. Although, the track is layered in other instrumentation that lightens the mood and keeps the listener intrigued.

Moving on, “Rock All Day” is probably one of the most modern Van Halen-esque of all the tracks with its straight Rock jamming interspersed with the funky vocals. Then, one of the more intriguing pieces of Reunion is the almost swanky rockin’ vibe expressed throughout “Hell is On Fire.” With that in mind, the intentionally off track guitar tones exemplify the destructive mood and break up the chorus nicely. Not without energy, “Shake It” raises the octave a bit as well, which gives it a slight AC/DC feel, and not many points in the originality department. Concluding Reunion, “Gotta Keep On Movin'” floats in with its funky, bluesy jam, full of catchy lyrics again vibing on Van Halen. Finally, the very last track, entitled “Flood Of Lies,” brings on a ’90s Alternative Rock feel.

Branching out of one’s comfort zone of stability and fame into an unknown and fully exposed territory with a new partner is not an easy feat and takes a strong will just to follow through on the mission. Whitford/St. Holmes’ Reunion album is a brave and fun collaboration to say the least. Though it is certainly not a Aerosmith or Ted Nugent record, it is an interesting combination of artists that set out to make new history. While they definitely have a Hard Rock dignified style, it is simply done, simply recorded, which is how they wanted it to be. Honestly, this is sometimes the best way to approach Rock-n-Roll. For a no-frills, old school Rock-n-Roll record, mission accomplished. All aspects considered, CrypticRock gives Reunion 3.5 out of 5 stars. 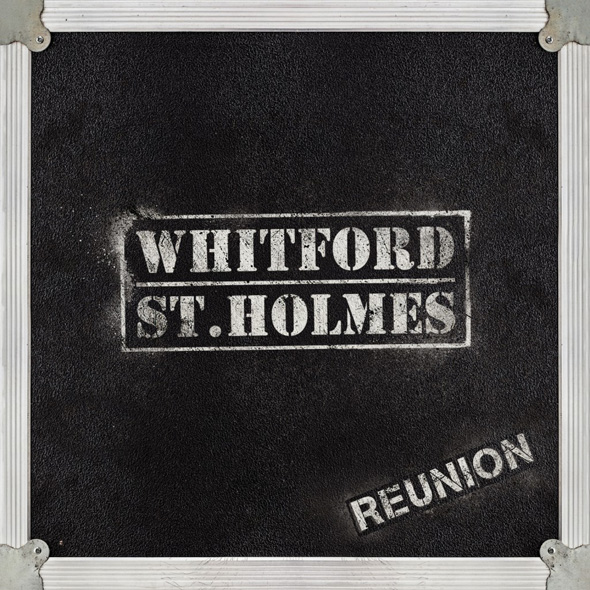