Whole Damn Mess – The Queen and The Outcast (Album Review) 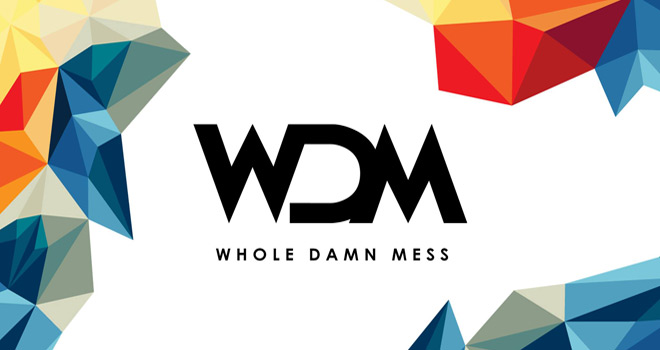 Northern California’s Don Miggs is no stranger to the world of music. Forming the Alternative Rock band MIGGS over 15 years ago, the band has toured extensively with big name bands such as Maroon 5, Stone Temple Pilots, Plain White T’s, and more. Releasing five positively received records, MIGGS is a band with history. This in mind, the past for everyone is always somewhat complicated, and not without stories to tell. That is where Whole Damn Mess comes in, a brand new project from Don Miggs, exploring another side of the Rock-n-Roll equation.

With Whole Damn Mess, Miggs digs deep for internal inspiration, and the result is debut album The Queen and The Outcast, which is set for release January 12, 2018. A compelling album title within itself, before going any further, it deserves an explanation. You see, the album is a bit of an autobiographical Rock-n-Roll fairy tale – a story of a rich girl and a bad boy. For argument’s sake, the rich girl is Miggs’ wife, Lisa DeBartolo, the daughter of Pro Football Hall of Famer and former San Francisco 49ers owner Eddie DeBartolo. The bad boy, Mr. Miggs himself, a singer-songwriter type who probably spent most of his youth in love with music.

Miggs teamed up with Co-Writer/Producer Mighty Mighty Bosstones Guitarist Lawrence Katz and Songwriter/Producer C. Todd Nielsen to create the 10 songs that make up this unfiltered album. We say unfiltered because, as a songwriter, it could be Miggs most personal work to date. Beyond the meaning behind the words themselves, the music is a clash of sounds, marrying Classic Rock with more Modern Rock textures.

Not only are Miggs’ lyrics thought-provoking, they are wonderfully sung, full of emotion, and deeply rooted in truth. Musically it sounds wonderful – full of rich melodies and delightful Pop hooks that are sure to get your head bopping. In fact, songs such as “That’s Just How it Goes” and  “Maybe We Should Do It” are guaranteed to do just that.

“I’d love to show people that no matter what you have, every day can still be the best day of your life,” says Miggs in the band’s internet bio. A beautiful statement, he certainly accomplishes the very meaning of it throughout The Queen and The Outcast. He does it with a wonderfully accessible Pop sound, allowing you to dig into each song and ponder their meaning. Rightfully so, to many, terms such as ‘autobiographical’ and ‘confessional’ may initially make them think of the hard times. They may even think the story is going into a depressing downward musical spiral. That is not what The Queen and The Outcast does. No, it is quite the opposite, coming across as uplifting, empowering, and hopeful.

For much of the record, the drums feel like the heartbeat, connecting the listener to each powerful songs. That in mind, “We Don’t Need a Reason” feels very familiar and comfortable, like your favorite chair. Then, kicking things up a notch is “Helium,” which is full of upbeat drums, frantic hi-hat, as well as amped up Ska-like up-strumming, all mixed in with melodic single guitar notes. As for the ‘frantic’ sounds, “Summer Under Covers” starts off with big guitars, layered with rich chords and echoing notes. Eventually, it builds into a high energy guitar solo on top of a giant drum sound.

Even more to the point is the final track, “Got You Stuck in My Head.” Once again musically and vocally upbeat and energetic, incredibly none of this distracts from the message, it only adds to it. Miggs voice has a way of holding it all together, never letting things get too far. He takes you close to the edge, but never quite lets you get there. Simply put, Miggs does a remarkable job of connecting the listener to the story without them even knowing it.

A message, no matter how important it is, can only be effective if it gets thought of. Most importantly, it must not be forced, it should be absorbed into one’s mind subconsciously. If this was Don Miggs goal with Whole Damn Mess and The Queen and The Outcast, mission accomplished. That is why CrypticRock gives this album 4 out of 5 stars. 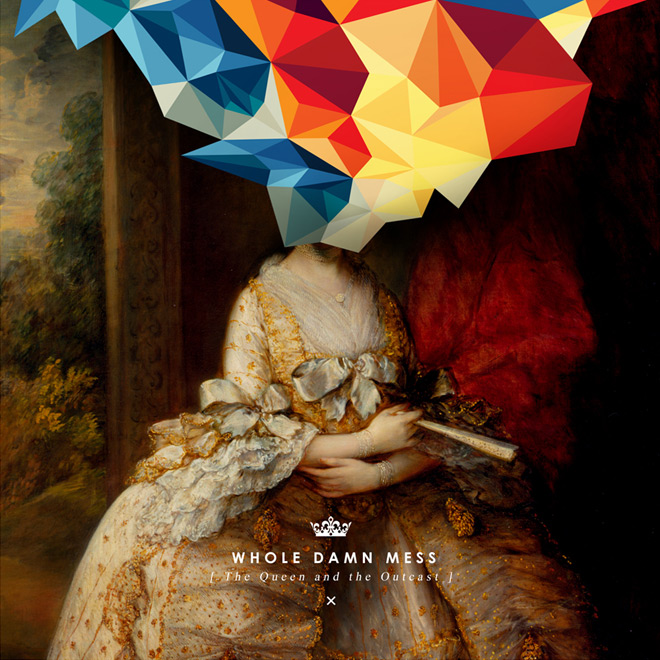 Purchase The Queen and The Outcast: