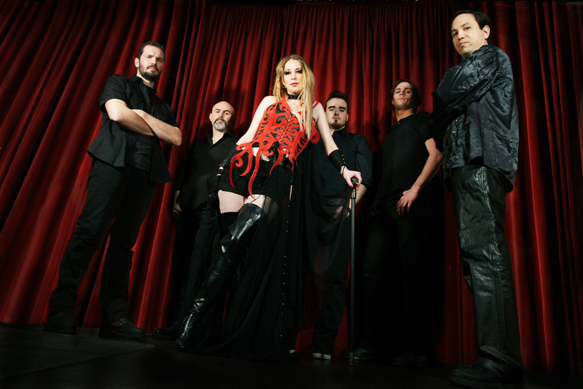 Hailing from Paris, France, Whyzdom has been on the Symphonic Metal scene almost a decade now. The band received warm praise for their limited release four track EP debut entitled Daughter of the Night in 2008 and followed up with their first full-length album, From the Brink of Infinity, a year later.  Initially fronted by Telya Melane, the band welcomed in current Visions of Atlantis vocalist Clémentine Delauney for a brief period before Elvyne Lorient took over in 2012 for their sophomore album Blind? Following the departure of Lorient in 2013, mezzo-soprano Marie Royer become part of the Whyzdom family along with founding members Nico Chaumeaux  (drums), Régis Morin (guitars), Marc Ruhlmann (keyboards), and founder and main composer Vynce Leff (guitars/orchestration). Now the band brings audiences its third studio album, Symphony For a Hopeless God, released in February via Scarlet Records. Marking Royer’s first studio recording with the band, Symphony … is also bassist Xavier Corrientes’ final album with the band. Corrientes has since been replaced by original bassist Tristan Demruger, who is returning after a five year absence.

Opening with a religious choir, “While the Witches Burn” gives way to a very deep, Gothic sound. Featuring a rhythm that is rather unusual and compelling, this song wakens the interest to hear more. This leads into  “Tears of a Hopeless God,” which is a musically intense song that also has a strong message about God and one’s purpose in a world full of tragedy. Royer does a fine job of bringing the words to life with clear vocalization, painting a sober mental visual for the listener. Then there is the catchy, yet heavy song “Let’s Play with Fire,” which taps into a wide variety of emotions. Full of choral chants, thick guitars, and pluming drums, the track is a perfect blend of Metal and Symphony.

Bringing the tempo down slightly, “In Eve’s Last Daughter” gives Royer a chance to shows off her beautiful mezzo-soprano voice as she sings in an operatic style. Dark and heavy, the track tells the story of Eve being banished from the Garden of Eden and swallowed into a spectrum where happiness is a distant memory. On the contrary, “Don’t Try to Blind Me” is a lighter piece musically with a catchy tone that does not lose a sonic effect. Continuing with the lyrical themes of God, Heaven, and Hell, Royer vividly sings of living without fear of false promises. On “The Mask” Whyzdom interjects some acoustic guitars for the opening before Thrash guitars and symphonic elements give way to a beautiful and big chorus. It is on this track that Leff and Morin’s dynamic guitar work features most prominently on the record. “Asylum of Eden” follows, and it is perhaps one of the best and most interesting songs of this collection. With a unique atmosphere, composition, and rhythm, it mixes all the elements of a wonderfully arranged Symphonic Metal composition. Keeping the aggressive power of the record going, “Waking Up the Titans” is another Operatic song where Royer’s beautiful voice has a leading part. Although this is the longest song on the album, Royer’s voice weaves in and out of hills and valleys with ease. Presenting the lighter side of the album, “Theory of Life” has a much brighter tone melodically, while the words continue to address fears regarding religion and the lack of human progress. “Where Are the Angels,” loaded with eerie vocals and keyboards, has a vibe like a Horror film. Another sorrowful song, it leads right into the album finale, “Pandora’s Tears.” Tying into the underlying themes of religion and God, the song maintains the intensity of those that precede it, ending Symphony For a Hopeless God in fitting fashion. 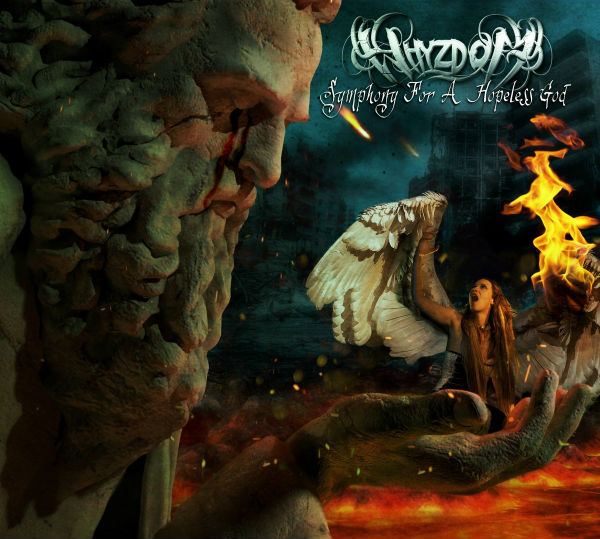