Most imagine a writer’s life is full of book launches, staying in glamorous places, and living in mansions. Although, the truth is writing is generally a solitary affair filled with self-doubt, a lot of unpaid hard work, and piles of rejections. When it comes to writing for a television series, the pressure is even higher. Usually there are a group of writers working on a said show who must come up with fresh exciting episodes each week, and viewers are so fickle that from one week to the next, a series success hangs in the balance. 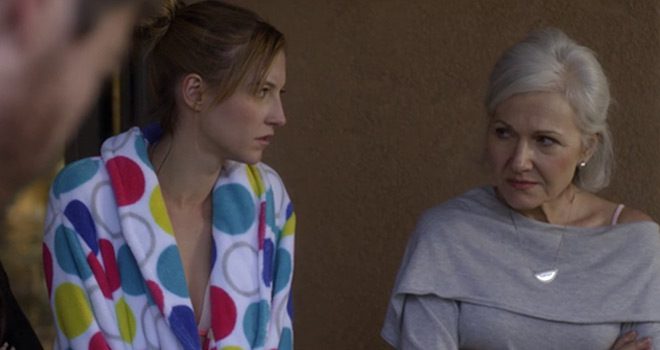 Looking into this very topic, the Psychological Thriller Wichita tells the story of a children’s television director whose pushed to the limits to save his show before the network cancels it. A official selection of the Santa Fe Film Festival, Wichita was filmed in  Snowmass Village, Colorado and is the feature film writing/directorial debut of Matthew D. Ward working alongside Co-Director Justyn Ah Chong. A compelling story, it became available on DVD and Digital HD Platforms Including iTunes, Amazon, and Google Play as of June 20, 2017 via Candy Factory Films.

The story follows Jeb (Trevor Peterson: The Awakening 2017, Silent Night 2017) who is a filmmaker and creator of a struggling television show. If he does not come up with a fantastic new season, the show will be cancelled. A stressed out Jeb gathers his group of Writers Raven (Persia White: The Vampire Diaries series, Cargo 2017), Natalie (Caitlin Gerard: Smiley 2012, Magic Mike 2012), Clark (Demetri Goritsas: X-Men: First Class 2011, The Bourne Identity 2012), Billy (Christopher Robles: Sharknado 2013, Parks and Recreation 2014), Joan (Melinda Lee: Other People 2012, You’re Not You 2014), and Mama (Sondra Blake: Helter Skelter 1976, The Caretaker 2016) in a cabin in the mountains for a weekend of solid writing. 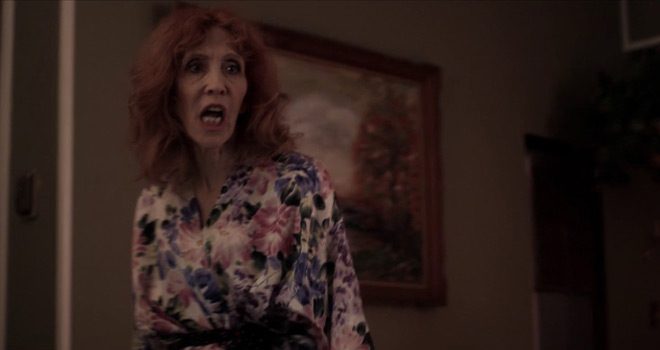 From the start, it is clear that Raven, Clark, Billy, Joan and Mama do not have a lot of respect for Jeb, but despite this they continue working as per his directions all the while unaware that Jeb has placed hidden cameras all over the cabin. Jeb shares his time between watching the group on his computer and encouraging them to work harder in person. This is just the beginning of Jeb’s faltering sanity. As the group take breaks and interact with each other, Jeb’s mental state deteriorates. He becomes paranoid, angry, and detached, which soon escalates into cold blooded murder Jeb believes will lead to his big break. One by one Jeb attacks his writers, filming the process and becoming more deranged each scene. By the end of the weekend one thing is for sure, there will not be a next season of Jeb’s children’s television series.

Wichita delivers a fast-paced Psychological Thriller that, while low budget, is a tight film. For example, the Cinematographer Nate Gold (Let Us Play 2016, Traitor Night 2016) use a combination of camera techniques such as hidden cameras or iPhone footage, as well as different points of view from those perspectives. It is an interesting take on how high-pressured the entertainment industry is and what can happen when this pressure creates insanity. 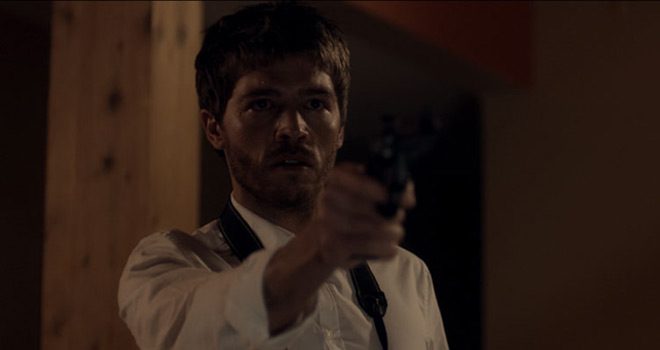 All this said, the slightly shaky acting and occasional over the top special effects do not detract from the viewing experience, and enough empathy and understanding is created for the characters before they are subjected to Jeb’s wraith. When it is all said and done, Wichita is a decent story that is must watch for all Indie Horror fans, and that is why CrypticRock gives it 3 out of 5 stars. 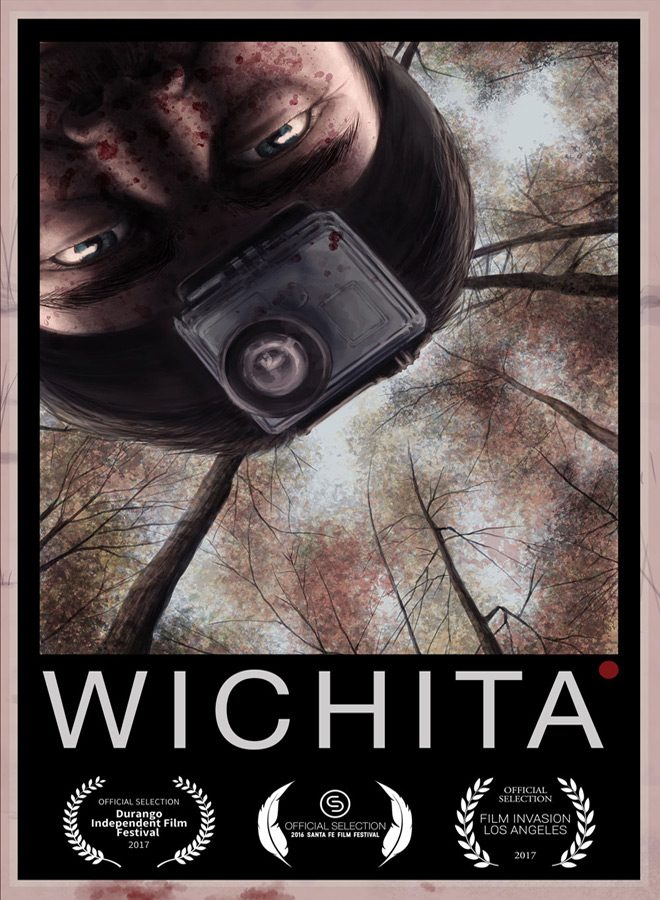