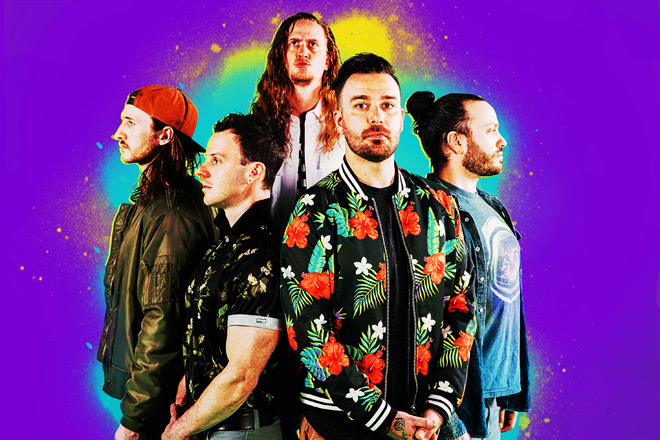 If you thought the fuckery was over, you were sadly mistaken – it was only on hiatus. Returning to the scene after taking some time to rediscover themselves, the Detroit’s native sons, Wilson, are back with a tasty dose of nastiness that is so enthralling and the right kind of infectious that you won’t even ask for penicillin. Their latest album, Tasty Nasty, is the band’s third studio album, their first release with Sony RED Music, and the long-awaited follow up to 2015’s Right To Rise.

Featuring a slew of new tricks and powerful new hits, the album marks a return to their roots for the band which is composed of Chad Nicefield (vocals), Jason Spencer (lead guitar), Kyle Landry (guitar, vocals), James Lascu (bass, vocals), and Matt Puhy (drums). While the guys, especially Nicefield, took the time between records to reflect on their lives and career, how much, if any, changes about Wilson on Tasty Nasty? Let the games begin…

Kicking things off with “Dumptruck,” the guys come back into the fold by not folding at all. This song is a full frontal assault that is both bouncy and pummeling simultaneously. The riffs that tear through the track are fiery and lyrically grounded as an homage to their roots and their return to this kind of raw energy and excitement that gained them notoriety.

Having first caught these guys on the rise, pre-Full Blast Fuckery, in dingy-ass clubs where Nicefield marched around with a giant drum looking like a sweaty, pissed-off lumberjack band reject while Landry ignored his own health and safety by hanging on dirty, rickety rafters and still managed to kill it on guitar, it is great to relive these treasured memories through Tasty Nasty. “Like A Baller” is the kind of high energy musical shenanigans one would expect from Wilson. The Hip Hop influence and Pop culture references make this gritty headbanger a new spin on the old Wilson for a new era of fans. This is not to say that the change was necessary or that if you did not appreciate them at their “College Gangbang” you do not deserve them at their “Like A Baller,” but the change marks their growth. If this is what a trip to Asia does for Nicefield, dare we discover what happens when this dude goes to Amsterdam? The fuckery would be unstoppable.

“My Hustle” showcases more of the Hip Hop influence infused into their sound, but the composition and section transitions are extra tasty here with the help of some sick riffs from Landry and Spencer. Puhy’s percussion pounds and clashes, creating a cacophony of sound that fills the mix of this track and gives it fullness. From there we roll into “Summertime Treat (Tasty Nasty)” that seems to show influence and staccato rhythms in its chorus similar to other Summer-y anthems and old Good Charlotte (the good years, that is).

Speaking of things from our angsty and weird teen years, “Act My Age” addresses these very feelings and relishes in them. Here we hear the guys show reverence for the simplicity of the things that make you happy and choosing to live over the burden of “doing life” as prescribed by societal expectations and “norms.” This song is for anyone who has ever wanted to cut the sleeves off their t-shirt and wear jeans and Doc Martens to work instead of a suit. It is a fun, light-hearted jam in the vein of “What’s My Age Again?” and Wilson is reasserting that sometimes being happy has a lot more potential than being predictable.

“Spanish Coffee” is an entrancing and intriguing love lust song that infuses sensual elements from traditional Latin music to create a new kind of monster. With moments of hilarious exaggeration and surprisingly enthralling orchestration with the use of Spanish guitar, “Spanish Coffee” is not your usual Wilson staple, but somehow it still works. It is both fun and fascinating, thus proving once again that real musicians can both confuse and captivate audiences effortlessly.

Rounding out the end of Tasty Nasty is one long chain of fuckery and chaos. “House of Fuckery” harkens back to the early Wilson years of in-your-face, shamelessly raucous and roaring Rock-n-Roll. It rolls, rips, and drops like a demented carnival ride wherein you meet a colorful cast of characters that all connect in surprising and questionable ways. The drug-fueled and maniacal heartbeat of this tracks comes courtesy of the intense wailings of Lascu’s bass, which marks its territory like a beast. It is unexpected but undeniable. At the end of this tumultuous journey is “Everyone Gets A Round On Me.” Here we get an uplifting and effervescent outro to Tasty Nasty. It is hopeful and radically different from the rest of the album in that it ends the album on a more serious and aspirational note than its light-hearted predecessors.

Wilson may have been gone for a while in search of something new, but it is refreshing and comforting to know that they decided to spruce up their own house instead of moving into someone else’s. By this, we mean that instead of letting the shortcomings and pitfalls of their career hinder them and influence them into making dramatic changes in style or personality, the guys chose to be unapologetically themselves. This is the best gift they could have given old and new fans alike. There is nothing sadder or more frustrating for fans than a band abandoning the thing that made them special or trying to make everyone happy and offend no one.

The best thing about Tasty Nasty is how astonishingly bizarre, erratic, weird, and mildly offensive it is. That is the magic and Wilson are back to deliver the goods once again. In a world with so few fucks to give, Wilson has them in abundance and they are willing to share. That is why CrypticRock gives Tasty Nasty 5 out of 5 stars. 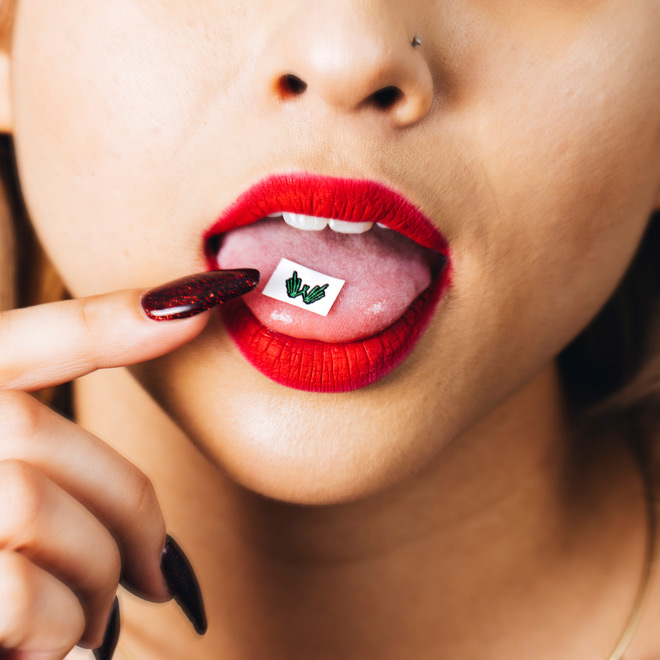