Miami Florida’s Neurotic November’s album Fighting Words is out now.Enter to win a size large t-shirt signed by all the members. Simply tell us your favorite track on Fighting Words. Whomever has the best answer will win the t-shirt! 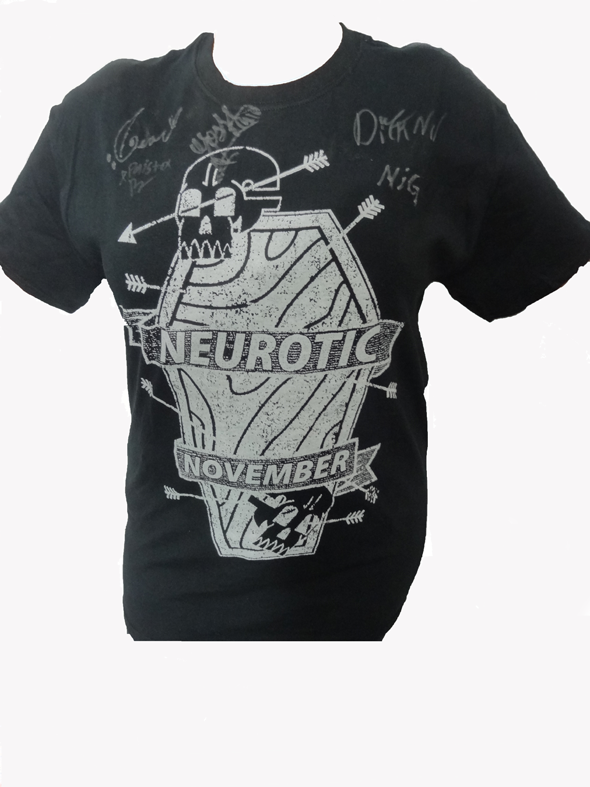 WINNER WILL BE ANNOUNCED VIA EMAIL. IF WINNER DOES NOT REPLY WITHIN 24 HOURS THE NEXT CONTESTANT WILL BE CHOSEN FOR THE PRIZE.