There is a fine line that one walks when they set out to create a film based on a true story. On one hand, some level of artistic liberty must be taken with the reality of the story in order to make a film with widespread appeal. On the other hand, if the production meanders too far from reality and loses the truth in fantastical whimsy, pockets of society will be very outspoken about their disdain. Especially in a pseudo-biopic such as Winchester, that balance is difficult to sustain. Directors, writers, and producers must develop a callus on their filmmaking spirit and repeat the mantra, “You cannot please everyone, you cannot please everyone.” 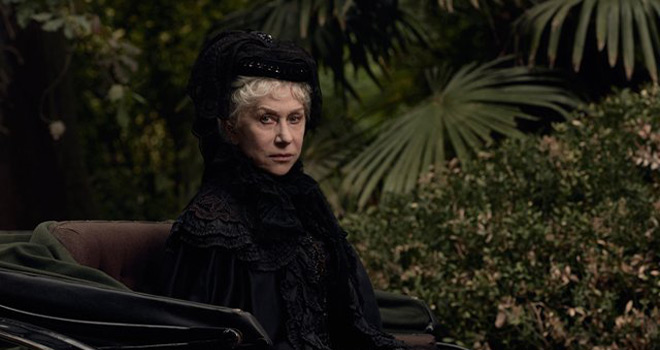 Released in limited theaters on Friday, February 2, 2018 through CBS Films and Lionsgate, Winchester is a fantastically whimsical story of arms-heiress Sarah Winchester (Dame Helen Lydia Mirren: Caligula 1979, Trumbo 2015) and the curse bestowed unto her by the legions of those killed by her family’s infernal invention, the Winchester Repeating Rifle. The film, directed by The Spierig Brothers (Daybreakers 2009, Jigsaw 2017), slithers broodily through the ornate and terrifying hallways of the Winchester Mystery House, the mansion she built, destroyed, and renovated on an almost daily basis for 38 years to trap the spirits of the head-shot, heart-shot, and gut-shot victims of her family’s handy little killing machine.

Also starring is Jason Clarke (Lawless 2012, Mudbound 2017) as Dr. Eric Price, a beleaguered man charged with the psychiatric evaluation of Ms. Winchester by the Winchester Arms Company to discern whether Ms. Winchester is fit to continue running her family’s company. It is revealed, in time, that Dr. Price has an eerily close connection to the Winchester house. The spotlight of the film is divided between his sorrowful love story and the Winchester narrative, then woven back together and tightened up like a corset in the finale.

The Winchester Mystery House sits on 4.6 sprawling acres of the Santa Clara Valley in San Jose, California. On that acreage stands the 24,000 square foot, 160 room edifice which was constructed and deconstructed countless times over 38 years of Sarah Winchester’s residence there. It is a gloriously palatial paean to guilt and death. With all of that immense area, it is puzzling that the meat of the action seems to take place in a decidedly smaller house. It is as if the filming was contractually obligated to remain in certain parts of the mansion and not allowed past decided points. Despite the vastness of the estate, it felt claustrophobic. Certain parts of the house were fixated upon ad nauseam and eventually, “mansion” felt more like “bungalow.” 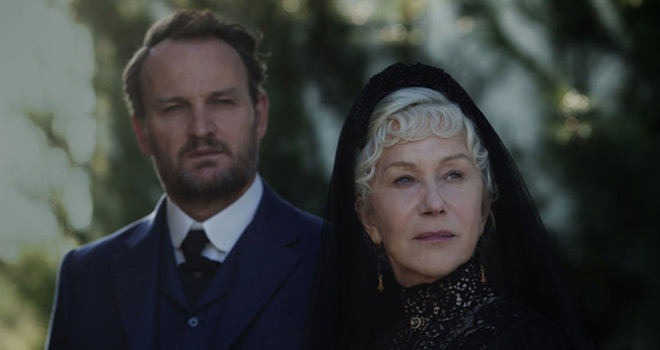 Despite a truly bone-chilling backstory, there are few real scares. The ghosts jump out, backed by a silent-then-abrupt startling audio cue, they say boo, and then disappear back into the ether. They occasionally possess human hosts which turns the host’s eyes a milky white, but the inhabitation is fleeting and seemingly goes away when the ghost is asked firmly to leave. These kind of startle-heavy films are a well-traveled road in modern Horror and can trick some audiences—perhaps younger audiences—into being afraid, but for the seasoned viewer, they lack substance, and unfortunately Winchester was not an exception.

Whatever can be said about the set and its use of cheap thrills cannot also be said about the acting. The performances proffered by the actors are actually quite commendable. In his turn as Dr. Eric Price, Clarke authentically portrays a man who is torn apart by his devotion to reason and in the other direction by the ghostly evidence before his eyes. At the same time, he battles a stifling laudanum addiction that temporarily quells the pain of grief and heartbreak. Clarke aptly shows his audience a man weighed down, knees buckling into the earth, by astonishing, unimaginable burdens, but reaffirms them with the strength and clarity he uncovers in the film’s denouement.

Dame Helen Mirren is as poised and lovable as ever in her portrayal of Sarah Winchester. In the trailer and one sheets, she looks foreboding and ominous dressed in a black veil and gown, but she is actually just a sensitive, yet firm woman, much like how one would imagine Mirren is outside of acting. Mirren’s Sarah Winchester retains a warmth that, by rights, should have been frozen out of her by terror and guilt. Mirren acts with heart forward and in Winchester, though it is straight Horror, she showcases that heart and lends the film a golden thread of comfort in the center of otherwise bleakness. 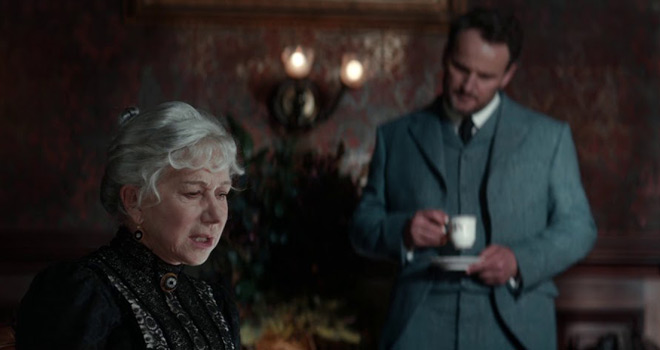 When a true story is the chocolatey center of a film, it behooves a director to surround it with tasty candy that is appetizing for audiences to lick down to. In Winchester, the candy surrounding the fascinating tale of Sarah Winchester and her house of horrors is sadly cheap and lacking novelty. The saving grace is the hint of flavor that Mirren and Clarke inject it with. For its inspired performances in an otherwise uninspired production, CrypticRock awards Winchester 2.5 out of 5 stars. 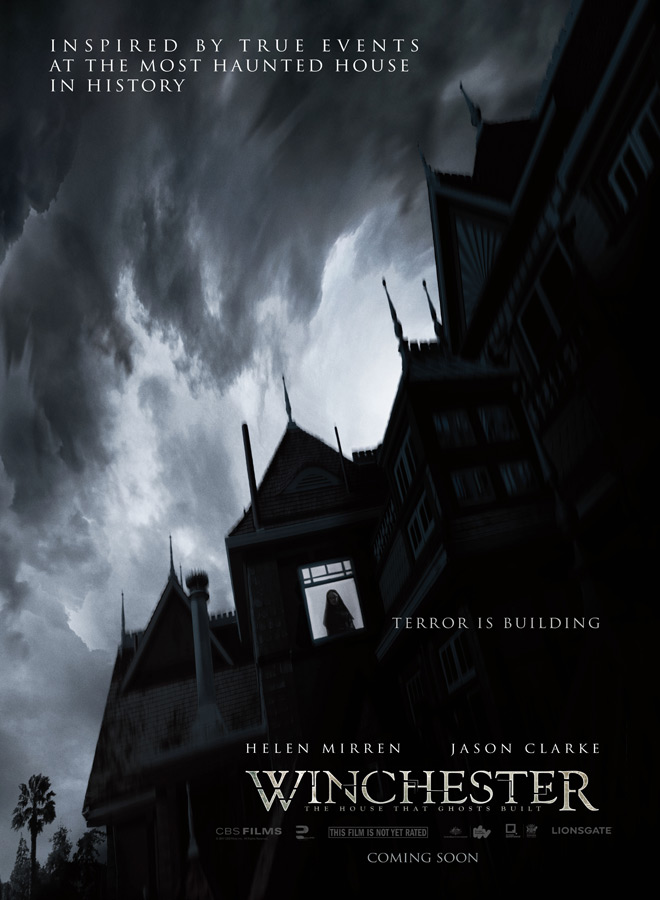