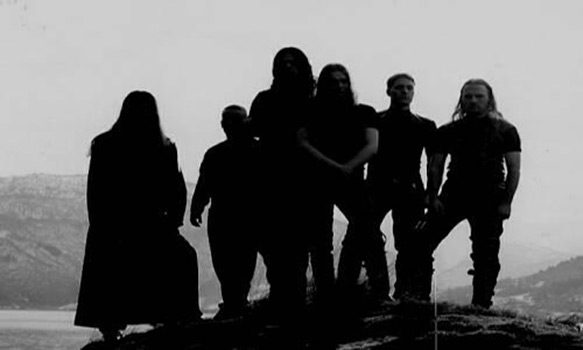 Sogndal, where the fjords etch furrows into the hearts of forested hills, and mountains grim and gray rise above the realms of men to lay stark against the restless skies of Norway. Here, where battles were fought and lives played out in the shadowy yesteryear of old, a young man named Terje ‘Valfar’ Bakken brought to life a musical vision he called Windir. Translating to ‘warrior’ in his ancient regional dialect, the young man behind this moniker was inspired by the history of his storied homeland, spurred on by that unchanged scenery to articulate the struggles and triumphs of his people’s ancient past. After creating two demos and two full length albums, the start of the new millennium saw Valfar sharpen his focus, allowing Windir to become a fully fleshed out band comprised of close friends and superior musicians. Together, these young men – kids, really – penned an album they dubbed 1184.

Released November 19th, 2001 on influential 1990s Norwegian label Head Not Found Records, the context of time is as always rather important when discussing a release on its anniversary. In the case of 1184, it marks 15 years since Windir bestowed it upon a world for whom Folk Black Metal was still a rather new concept. Bands like Ulver, Satyricon, and Enslaved had years before laid down the blueprint of the nascent genre, but as those bands all departed for their own uncharted waters, Windir would slide in to expand on that original feeling. Sparing very little concern for the anti-human misanthropy of Black Metal’s second wave, Windir instead concerned itself with the music and only the music.

Make no mistake, Windir’s lyrics – when they were not retelling their recurring tales of ancient local heroes such as the warrior Arntor – were steeped in a rejection of participation in modern human affairs. Scorning the monotheistic shackles of servitude and limp acceptance of norms, Windir instead exalted Nature and its antediluvian superiority over what they viewed as the illusion of society. This fierce wild spirit embodied most of their work, and on 1184, the musical accompaniment to these feelings was distilled to note-perfect precision and savage grace.

On 1184, Valfar augmented the piercing harshness of his voice with wisely placed clean vocals. Provided by one André ‘Cosmocrator’ Søgnen (The Wretched End, Scum, Mindgrinder), the robust and epic emplacement of his choral phrasing added such an element of timelessness to the songs that their inclusion goes down as one of the best in-studio decisions this side of Heavy Metal. Often imitated, the style was rife in the Norse scene with bands like Emperor and Borknagar, who all felt the pull of the epic neo-classical strains of old.

Combine this with the superior guitar work of Sture Dinsøyr and Stian ‘Strom’ Bakketig, the tight rhythmic foundation of Drummer Jørn ‘Steingrim’ Holen, and the understated but ever-present rumble of Bass Guitarist Jarle ‘Hváll’ Karle, and the results were magnificent. If the aforesaid names strike a familiar chord with fans, it is because these gentlemen went on to form the current and hugely underrated Black-n-Roll band Vreid. Valfar and indeed Windir itself would go on to make one more album, 2003’s amazing Likferd, before tragedy would cut their rise to pieces. Similar to bands like Nirvana and The Doors, untimely death of a vocalist would bring an end to a band just coming up to its pinnacle. Valfar, at only 25 years of age, would die in January of 2004 from hypothermia, in the very land and amidst the very elements that he so loved. That the creative arteries of Windir who pumped blood into Valfar, its heart, would go on to form Vreid is vastly fortunate for fans of their unique writing style.

This makes 1184 the penultimate album in the career and life of young Valfar. Like a Scandinavian Cliff Burton, he and his band mates were grabbing a pre-existing musical expression – in this case Black Metal – and taking it somewhere it had not really gone before. Take the title track, with its Folk-infused melodies, blasting in parts before clutching the listener in the grasp of those adventurous riffs. Double-bass drumming and Valfar’s rasp kept it Black Metal in spirit, but the prominent keyboards of Gaute ‘Righ’ Refsnes added entire layers of bardic depth to the affairs. The bass-lines going on underneath are hypnotic as well. Can one want to both mosh and dance around a campfire in the woods? Windir arguably laid down some of the first tracks to elicit such a response from the listener. This continues on “The Spiritlord,” whose fierceness and strong riffing is bolstered by an almost trippy set of keyboard runs. “The Heidra” continues this entwining of ferocity and magnificence, the melodies endless and the arrangements flawless.

Conversely, the Melodic Death Metal going on in the more straightforward “Dance of the Mortal Lust” nevertheless possesses a bit of that old Folk element with some accordion leads going on, produced such that it never detracts from the heavy guitars. Damned if they did not know just when to drop a bit of clean vocal into the mix, their grasp on dynamics unrivaled in the realm of this type of Heavy Metal music.

Windir’s willingness to be their own animal is perhaps nowhere more evident than on the nine-plus minute closer “Journey to the End.” Powerful and entrancing, the song is a mid-paced Folk-Metal masterpiece, marrying Valfar’s harsh vocal attack with Cosomocrator’s gorgeous clean register. Just under four minutes in, a Techno element creeps into the song, waves of keys and drifting samples over the beat still somehow reminiscent of Norwegian nights and wind skirling across half-frozen fjords, instead of some antiseptic nightclub in a city.

An album that is superb throughout the entirety of its eight songs, Windir mixed 1184 up lyrically with both English and the regional Sogndal dialect of Norwegian. 1184 has no weak moments. None. One will have to look long and hard to find this type of relentless superiority. Perhaps the band knew it, as their intense manifesto on the guitar lead-heavy, double-bass gem “Black New Age” sums up perfectly:

“I attack the world with extreme satisfaction, I am the master, never more to be enslaved, Broken free from the chains that restrained my needs, There is time, but no time to waste, There are rules, but they seem to fade, I am the master of my own salvation, A black cloud of obscure creation, This new foundation, a new generation, Bottled up on misanthropic hate, A revolution, a new constitution, From real hatred, rather than blind faith . . .”

Fifteen years later, 1184 stands proudly at the forefront of what could be done with the original template of second-wave Black Metal. As epic and hypnotic today as it was upon its release, it laid down what Windir would expand upon for their final album Likferd. But seeing as how Vreid launched upon a vector all its own, paying homage to, but in no way replicating, what they accomplished with Windir, it stands to reason that the trio of albums of 1999’s Arntor, 1184, and Likferd occupy an exclusive branch on the Heavy Metal tree, never eclipsed or equaled within the canon of Folk-infused Black Metal. 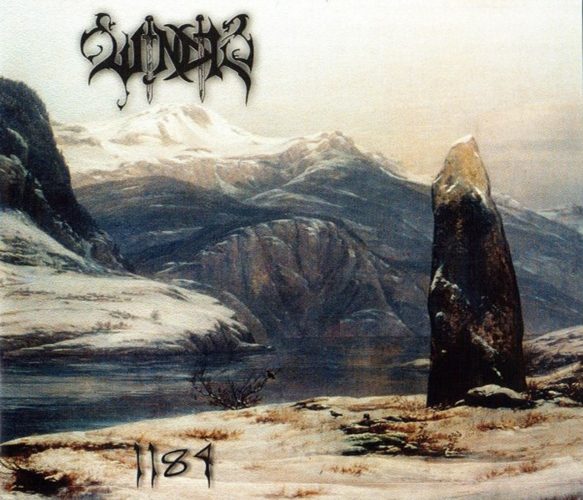