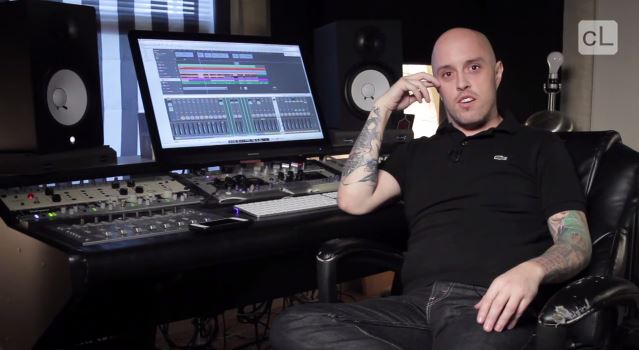 creativeLIVE, the world’s leading online classroom, has announced its next ‘Music & Audio’ course, “Advanced Bass Production,” hosted by Winds of Plague bassist and Sound Temple Studio founder, Andrew Glover. The two-day workshop, free to watch live, will begin February 24 at 9 AM PST. The class marks creativeLIVE’s first-ever two-day course dedicated to the art of recording, editing and mixing great modern bass tones. For more information, and to enroll today, head over to: http://www.creativelive.com/courses/advanced-bass-production-andrew-glover. And check out a teaser video for the class on YouTube at:https://www.youtube.com/watch?v=pqkz7oPPV7g.

“Bass guitar is one of the most misunderstood aspects of modern rock recording, but it is the foundation to a great mix,” commented Glover. “In this class I’ll be covering and expanding upon a lot of the basics to recording bass, as well as teaching you some advanced techniques to take your bass sounds to the next level.”

Since its inception in 2010, creativeLIVE has broadcast more than 250 courses to more than 1 million students worldwide. Now streaming live from studios in Seattle and San Francisco, creativeLIVE hosts workshops in photography, video, design, business, audio, music, and software training, unlocking previously closed doors by making dynamic education accessible to everyone.

The site’s next ‘Music & Audio’ instructor, Andrew Glover, is the owner of Sound Temple Studio in Los Angeles and longstanding bassist for heavy metal act, Winds of Plague. Founded in 2008, Sound Temple has already worked with bands like Impending Doom, The Ghost Inside and Sleeping Giant, as well as labels like Century Media, Facedown, Metal Blade and more. In 2013 Glover expanded his recording empire, opening up Temple II Recording Studio in Phoenix, Ariz.

Stay tuned to creativeLIVE and http://www.creativelive.com/audio for more information on “Advanced Bass Production” and other upcoming ‘Music & Audio’ classes.

Andrew W.K. – God Is Partying (Album Review)
Like the in-depth, diverse coverage of Cryptic Rock? Help us in support to keep the magazine going strong for years to come with a small donation.
Print page
0 Likes