Winds Of Plague – Blood Of My Enemy (Album Review) 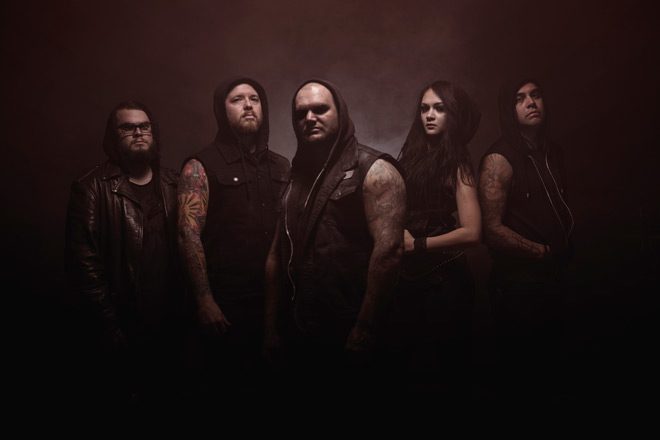 Prepare to bathe in the gory glory of Blood of My Enemy, the newest installment from Deathcore/Symphonic Metal outfit Winds of Plague, which arrives on Friday, October 27, 2017 thanks to eOne Music/Good Fight Music.

With roots dating back to 2002, Upland, California’s Winds of Plague has released five albums – from 2005’s A Cold Day In Hell to 2013’s Resistance – over the past fifteen years. Dogged determination has kept the group propelling forward, bringing them to share stages with everyone from Metal titans Danzig and Dimmu Borgir to Bleeding Through, Parkway Drive, Terror, Emmure, Chimaira, Darkest Hour, The Acacia Strain, We Came As Romans, and DevilDriver. Winds of Plague are also, somewhat surprisingly, Vans Warped Tour alumni.

Blood Of My Enemy begins with the gently curious first notes of “A New Day,” a one-minute, instrumental intro that moves from a fairy-like prance to a building of tension that erupts into “Nameless Walker.” Here, Symphonic Metal elements dance into the darkness alongside howls and growls and a forceful beat; ultimately erupting into gang vocal choruses that are superbly catchy, creating an immediate stand-out track. “Give me something to live for, to die for / I am fading away,” is the choral lament that drives this stellar first track.

Winds of Plague rise from the gutters to become the “Kings Of Carnage,” a blistering and ominously evil deluge into the darkness that is peppered with brash bass-lines. Broken and battered, this is the tale of rising from the bottom of the pack to become its self-proclaimed leader. It is very Rock-n-Roll! “Soul Eater” continues the jack-hammering drum and pummeling rhythmic assault, moving the band into “From Failure, Comes Clarity.” Gorgeous Gothic atmospherics permeate the destructive core, weaving and embracing delicious gang vocals on darkly catchy choruses; creating a superb stand-out track.

“I will give my life on the battlefield / drowning in the blood of my enemies,” comes the battle-cry of album namesake, “Blood Of My Enemy.” Cowan provides marvelously seductive keyboards throughout the track, and even steps in to provide vocals on the chorus that contrast superbly with Plague’s vicious growls of fight. It flows beautifully into “Snakeskin,” where the jack-hammering rhythms and gang vocals continue to weave a dark tale of Symphonic Metal proportions. Equally slaughtering, “Never Alone” adds stomp to the bass-lines, contrasting with beautiful keyboards and those delicious gang vocals that create a massive sound with cinematic elements.

There is a pinch and a dab of Slipknot infiltrating the devious darkness of “5150,” where the battering sonics ominously proclaim: “Something’s in my head and it wants you dead!” More gorgeous keyboard work from Cowan and those enticing gang vocals beat against a fast-paced assault on the senses in “Either Way You Lose,” with Symphonic Metal elements weaving their way into this no-win situation (“You can run or you can stay and fight, either way you fucking lose”). “A Walk Among The Dead” is similarly slaughtering and a solid stand-out track of the collection, leading into the Eurasian Metal-tinged, massive layers of album finale, “Dark Waters.”

From start to finish, Blood Of My Enemy is a powerful showcase of slaughtering Metal. Deathcore and Symphonic Metal elements are clear throughout, with the barreling assault always maintaining a sense of darkly poetic melody. If you are already a Winds of Plague fan, you will love every single nuance of their latest, while new fans can appreciate the band’s marvelous musicianship and superb ability to craft some truly dark yet catchy tracks. Whatever the case, do check-out the stand-outs “Nameless Walker,” “From Failure, Comes Clarity,” “Blood Of My Enemy,” and “A Walk Among The Dead.” Happy to suffer the Plague, CrypticRock give Winds of Plague’s Blood Of My Enemy 4 of 5 stars. 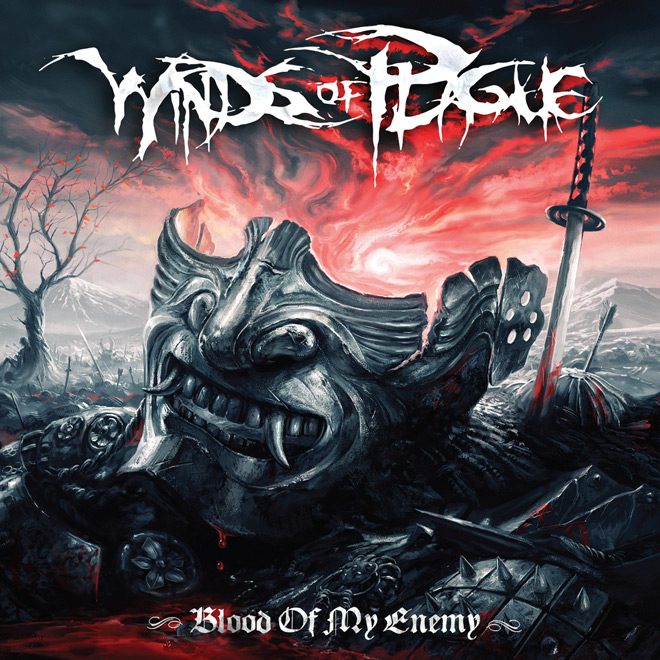 Purchase Blood Of My Enemy:

Royal Blood – Typhoons (Album Review) Juliana Hatfield – Blood (Album Review)
Like the in-depth, diverse coverage of Cryptic Rock? Help us in support to keep the magazine going strong for years to come with a small donation.