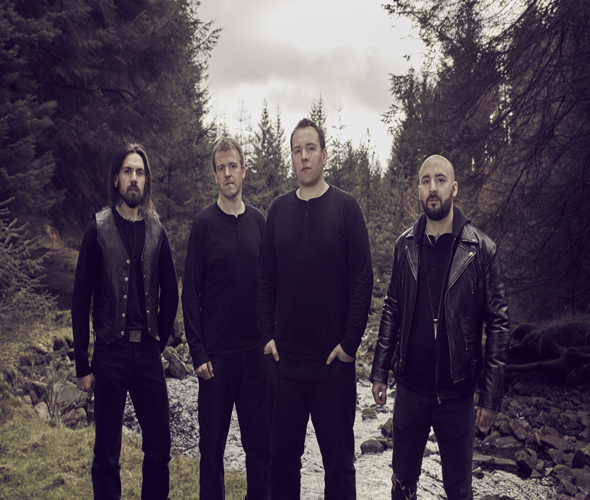 Rapidly becoming a fixture in the Black Metal community, Winterfylleth is a band that has enjoyed a high degree of creative productivity since their 2007 beginnings in Manchester, England. Despite not popping up until relatively recently, the band that concerns itself with the lost heritage of its people has already released four full-length albums. Each one has served to earn them a larger following, their reputation of quality making them one of extreme music’s more consistent entities. As their Old English name bespeaks the first full moon of October, now seems as good a time as any for the release of their fifth long player, entitled The Dark Hereafter. Having an admittedly large backlog of material, band Founder/Mastermind Chris Naughton (guitars/vocals) has the luxury of a plethora of material from which to choose. The Dark Hereafter, available now on Candlelight Records, continues the mixture of drawn out riffing, howling vocals, and epic grandeur Winterfylleth has become known for; the differences with past works are subtle, but they are there.

Clocking in at around 40 minutes, and including one cover song, the album may be relatively thin on brand new material, but the stop-gap nature of The Dark Hereafter heralds even more exciting things to come. Too long to be an EP, but shorter than is typical for this English band, fans’ appetites should still be sated. It is, after all, only two years since The Divination of Antiquity topped many a year-end list. Since that last album, Winterfylleth has said goodbye to long-time Guitarist Mark Wood, instead welcoming Dan Capp (Wolcensmen) into the fold. In addition, the band now welcomes Mark Deeks into the fold. Involved in the arrangement and application of professional choirs by day, Deeks’ contribution to the band is made well evident within the vaults of The Dark Hereafter.

The ripping title track starts things off, its brisk four minute length involving all of the tremolo-picked glory that Winterfylleth has honed to blade-sharp perfection. Though well influenced by Black Metal, Winterfylleth manages to caress the listener more so than bludgeon them. Building riffs and mountain-top arrangements founded on blast beats are offset by mid-paced moments of headbanging glory. When focused through the Winterfylleth lens, the music enriches the listener with both elegance and intellectualism. Whether over ten minutes or four minutes in length, their songs grasp this formula and squeeze more and more life out of it. “Pariah’s Path,” which enjoyed limited release on the prior album, shows how Winterfylleth has captured elements of Primordial as well as Emperor, using the almighty riff as their vehicle of tale-telling. “Ensigns of Victory,” despite the uplifting title, focuses sadness through those rapidly picked riffs. Naughton’s frigid screams, like slivers of falling ice, cut the heart to ribbons with their anguished call to days of yore. The music speaks of the horrors modernity has wrought upon the natural world, our own dominant natures cutting us off from the sacred relationship with the earth that once sustained us.

Truly a majestic creation, yet where Winterfylleth flips the script a bit more is with the glacial rendering of “Green Cathedral,” a somber piece of nearly Moonsorrow-an proportions. Imagine the amount of time that forests, seas, and landscapes have taken to shape themselves prior to the appearance of civilized man. Now, imagine how swiftly we have managed to bring it all to its knees. This song seems to echo that painful debilitation. The long build-up features some distant acoustic guitars behind the strumming of the electric ones; Winterfylleth refrains from playing any Folk pieces on The Dark Hereafter, so this is the closest to such a piece one gets. Notice the transition at the nine minute mark; a baritone wordless mourning over tops the screams, to startlingly sad effect. Maudlin, thoughtful in its sorrowing grandeur, “Green Cathedral” is a massive, if unforeseen addition to Winterfylleth’s body of work. The reading of poetry at the end is both tasteful and harrowing.

There once was a band called Ulver. Well, they are still going by the name, but a long time ago they made an album called Bergtatt, which may have single-handedly given birth to the Folk Black Metal genre. Winterfylleth took a tremendous amount of inspiration from them, and so they reworked “Capitel I : I Troldskog Faren Vild” from said album, renaming it in English “Led Astray In The Forest Dark.” With help from Mark Deeks, the solemn application of clean vocals uplifts this rendition to stratospheric heights of beauty and darkness. In the tradition of Bathory, the northern frost is strong in this tune. Winterfylleth’s robust guitar tone is evident throughout, making this one as epic and enjoyable a cover as anyone is likely to hear.

If it ain’t broke, don’t fix it, goes the old adage. Winterfylleth is following it to a tee. Their songwriting formula continues on this new album, still managing to captivate, still managing to paint the pictures they are trying to illustrate. Fans will likely wish the album was longer, though the cover is a distinct treat. Nonetheless, the future looks brighter than ever for this hardworking English band. CrypticRock gives The Dark Hereafter 4 out of 5 stars. 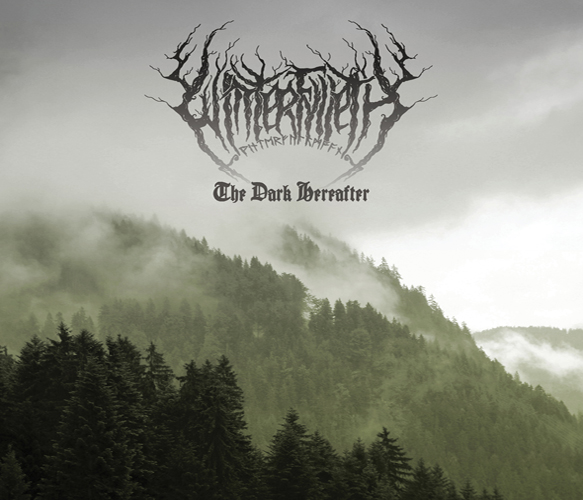