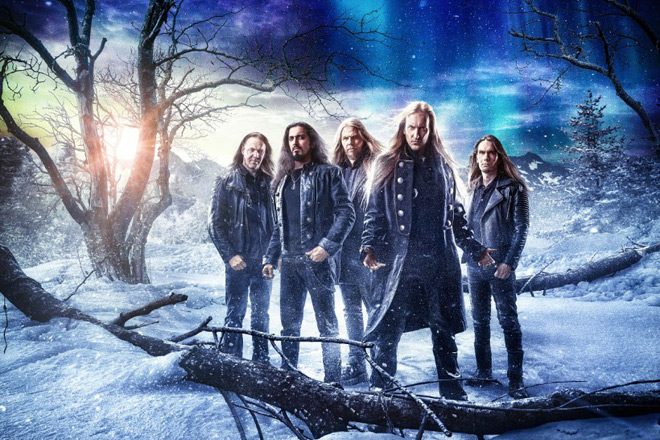 Finnish Melodic Metal band Wintersun began a new adventure on March 1, 2017 to crowdfund a new studio and deliver a new album entitled The Forest Seasons. Reaching their goals, The Forest Seasons hits the public via Nuclear Blast Records on July 21, 2017. Their third overall studio album, it features the band’s darkest song to date “Eternal Darkness (Autumn)” and has a longer run time than their previous album, 2012’s Time I. This album also serves as their first release since the said Time I, making it their first album in five years. So, how does it measure up?

Despite being a short EP, The Forest Seasons feels longer due to the grandiose production and length of the tracks. This is most prominent in the opening track “Awake From the Dark Slumber (Spring),” which runs over 14-minutes. This song is energetic and suits the purpose of giving the sense of the forest “waking up” and things coming alive, but there is the feeling that there is something unintentionally dark here. Perhaps it is the vocals and the use of such extreme vocal techniques for something that is meant to be symbolic of an awakening, but it feels heavier in places than it needs to be. Overall, the energy of the song is positive and instrumentally it is catchy and inviting.

Then “The Forest That Weeps (Summer)” picks up the pace a bit and features a more upbeat tempo. The string work of Teemu Mäntysaari on this track, as well as the whole album, runs the gamut of electrifying to epic, especially when paired with the vocal powerhouse of Jari Mäenpää. On “The Forest That Weeps (Summer)” there is a Homeric quality to the song, as though it is telling the story of not only the seasons but some grand episode of heroics and resurgence. This is most prominent in the key change over a little more than halfway into the song at the 7:28 mark. Its pace quickens and like the galloping strides of a Clydesdale the rhythm is set and percussion and strings sprint back into the grand opus with which we began the song. The invocation of a combination of gutturals, clean, and screams throughout the song help provide balance to the 12-minute adventure, but also serve to highlight the peaks and valleys of sound explored within.

“Eternal Darkness (Autumn)” slowly winds in with a gritty, static beginning that feels like something out of a horror movie. It is dark, ominous and foreboding with the faint murmur and indistinguishable mumbles in the background before the real vocals kick in. Combining a mix of rampant high-energy percussion with gothic and baleful guitars, “Eternal Darkness (Autumn)” gives more of a Cradle of Filth feel with its dire tone dark gutturals and shrieks. Like something from your nightmares, this song is haunting and fearful in a lot of interesting ways. While sporting inauspicious beginnings it is, however, eloquently composed instrumentally and avoids the pitfall of trying to be too intense and menacing just for shock value. At its conclusion, the song returns to the frenetic percussion and dramatic overtures with which it began.

Closing out the run of the seasons for Wintersun is “Loneliness (Winter).” Beginning more solemnly and gently than its predecessor, this song feels like winter. It is slow, cool, and metered. Mäenpää ‘s vocals venture from cleans to screams, personifying the balance of coolness of winter and its occasional harshness as well. The cleans are what really make this track work. They are emotive, evocative, and powerful, making them a welcome change from the occasionally overwhelming intensity of straight screaming.

There is an operatic quality to “Loneliness (Winter)” what begins with the vocal reverberation and effect and trickles down through the measured percussion and enticing guitar sound. All of these components contribute to the wistful embrace that the heart of this song offers, which welcomes the listener to the end of the journey through this year of sounds and raucous adventure. Once again the work of Guitarist Teemu Mäntysaari is allowed to shine with a brief but incendiary guitar solo. The layering of vocal effects in the last few minutes of the song give it depth and add to the theatrical quality of the song.

Taking on the challenge of creating a “year in music” and personifying the seasons, Wintersun faced an intimidating undertaking. Creating an EP that was essentially full-length in run-time within only four tracks was a daring venture they tackled head on. The Forest Seasons is a sonic journey through a auditory landscape that is unlike much of what has been released lately. It is not afraid to be dark and brooding with purpose. While there are times when the extended runtimes feel excessive, since no song is less than 12 minutes long, overall they seem to deliver the story effectively.

If Wintersun can continue to deliver quality melodies and powerful instrumental invocations, they will continue to maintain their foothold as champions of the Melodic Metal scene. This is why CrypticRock gives The Forest Seasons 4 out of 5 stars. 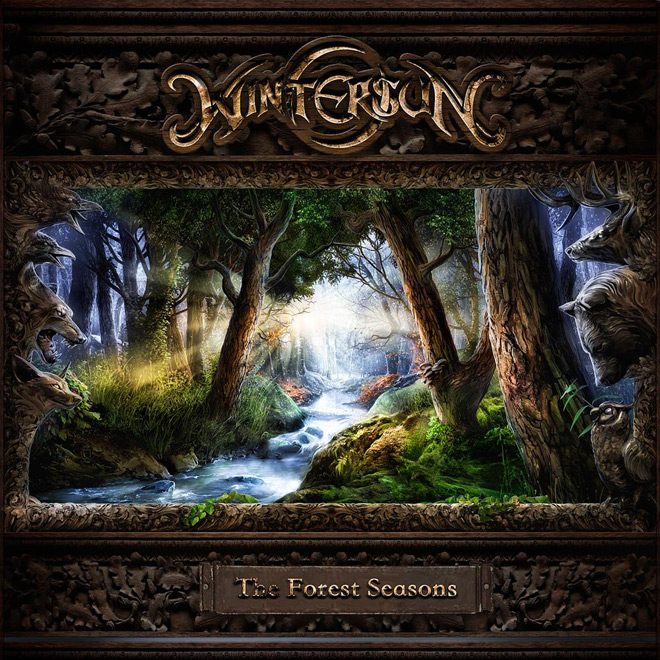 Trivium – In The Court of the Dragon (Album Review) Dark the Suns – Suru Raivosi Sydämeni Pimeydessä (Album Review)
Like the in-depth, diverse coverage of Cryptic Rock? Help us in support to keep the magazine going strong for years to come with a small donation.