Released in theaters on July 14, 2017 via Broad Green Pictures and Orion Pictures, the Horror film Wish Upon received mostly negative reviews from critics. Can everyone be wrong? Well, perhaps, because Wish Upon is debatably a skillfully written coming of age Horror, Fantasy, and Thriller all rolled into one.

Produced by John R. Leonetti, famously known for films such as 2006’s The Butterfly Effect 2 along with this year’s Annabelle, Wish Upon was written by Barbara Marshall, known for films such as 2016’s Viral. Set for release on VOD and Blu-ray/DVD on October 10th, a whole new and different beast compared to its other predecessors, Wish Upon is the story about teenage tomboy Clare (Joey King: The Conjuring 2013, Independence Day: Resurgence 2016) who is leading a less than desirable high school life as she is picked on and bullied by the Queen Bee at her school. 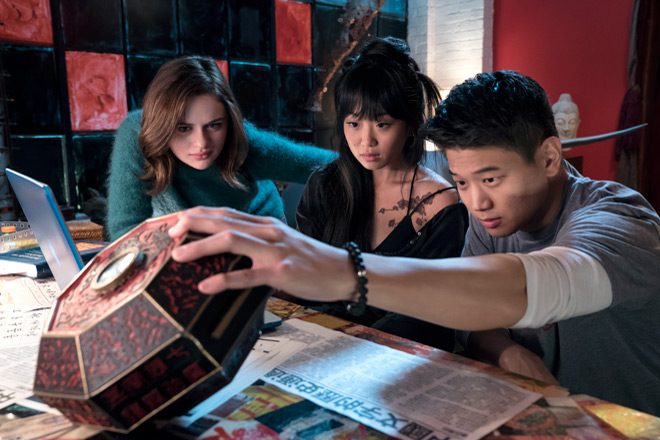 Things seem like they will only get worse from here on out until her dumpster-diving father Jonathan (Ryan Phillippe: I Know What You Did Last Summer 1997, Cruel Intentions 1999) finds a Chinese wish box and gives it to his daughter Clare for her birthday. Then matters start to take a turn for the better as her seemingly innocent wishes start to come true, little does she know that each wish she wants to come true come at a great cost to her and those around her.

In many ways, Leonetti does a fantastic job of taking the magic of 2000’s Final Destination, 2013’s The Monkey’s Paw, as well as 1997’s Wishmaster, putting a fresh new take on the concept of wishes and their consequence. While many critics have dismissed this film as nothing more than a subpar B-movie, nothing could be farther from the truth. Yes, there are a mix of highs and lows throughout the film, but the high suspense definitely outweigh the low and obvious scares. Many will see that this modern day cult classic does deserve a place within a Horror fan lover’s film cabinet. 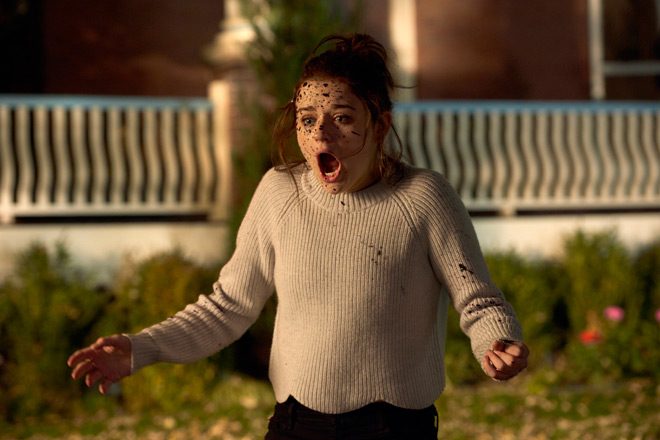 Furthermore, some people may be happy to see that Leonetti actually took the creative breathing room necessary for himself to put out new material. Thus, it is preventing series like the critically acclaimed horror darling the Annabelle series from becoming stale. Wish Upon does not rely on cheap scare tactics, nor does it rely on gore to get the audience on the edge of their seat. While these scenes are put in tastefully as only Leonetti and Marshall can do, it instead relies on the fantasy and lore of what could happen if wishes could actually come true and the consequences that fall on those that try to rewrite the natural sketchbook of our own lives. Though not overly talked about as a conversation piece among Horror critics, one can also make the argument that this film is unique and interesting to stand on its own as one of the best Horror films to come out this year.

As performances are concerned, Joey King outdid many of the other actors and actresses clear across the board. Her moods and reactions to other otherwise Horror-Fantasy oriented types of situations were extremely convincing throughout the whole film from start to finish. While other characters and acting in the film were rather generic and a little on the dry side in some cases, her fantastic performance is felt in this masterpiece. While it is questionable why a Western musical piece was put into a Chinese wish box, the film made up for these small discrepancies with the respect to the language Mandarin Chinese in the film being spoken fairly well. 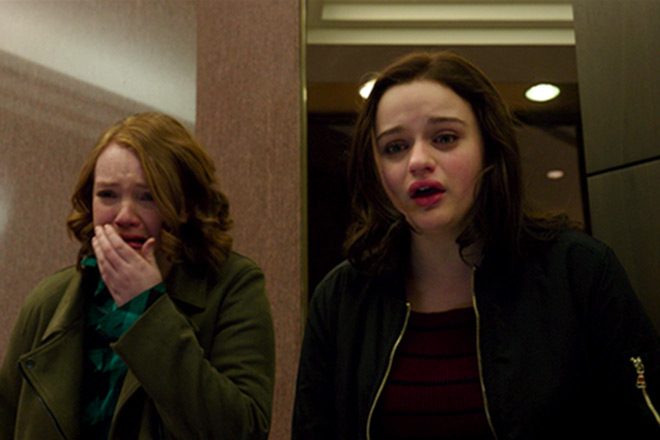 Additionally, Ohio was also a great setting choice for this film as there are some cinematographer moments within the film that get some good shots of Clare’s character and provide the perfect backdrop for this instant Horror classic. Another thing that deserves the round of applause this film deserves is the attention to detail to plot and how it hardly ever fell off course throughout the entirety of the film while still making fantastical things seem natural in an already raw and real setting.

Wish Upon is definitely a film that does not strive to create gory centerpieces, but does not exclude those that favor this in the framework of a Horror film. It instead relies on suspense and fantasy sprinkled with blood and gore here and there to keep the audience interested throughout the whole experience. A well-crafted film that deserves a second watch, CrypticRock gives Wish Upon 5 out of 5 stars. 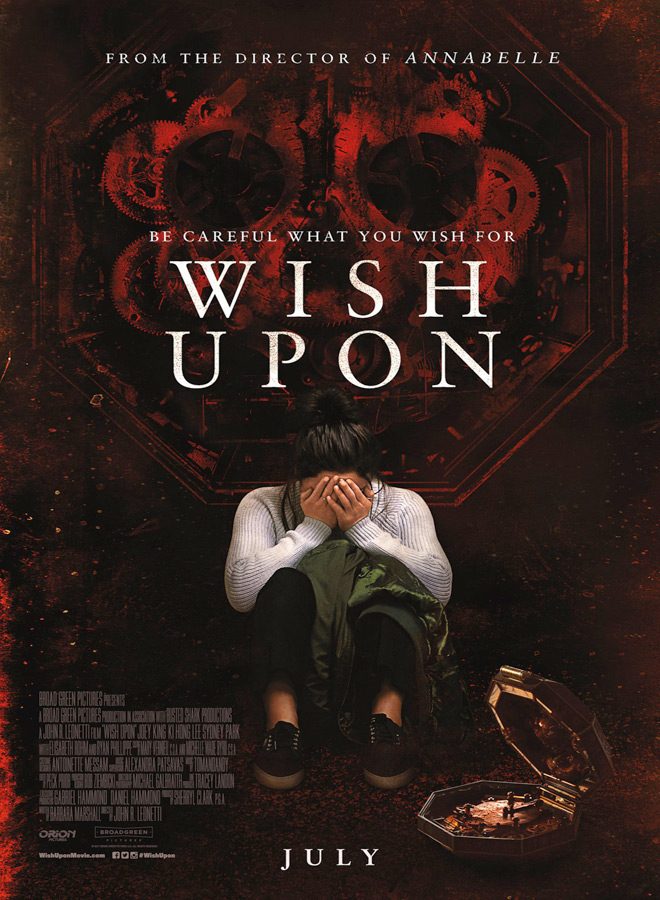