There are probably millions of people out there that daydream of one day finding a lamp containing a genie that will grant three wishes when freed, and paying close mind on how each wish is to be granted without any preconditions or mishaps.

Well, as it turns out, not all genies are fun and cute, pretty or handsome, and wanting to help any one human to succeed more than another in his or her life. The proof of this is in the Horror movie Wishmaster. Released in theaters September 19th of 1997, it features one of the sickest, most vile creatures with wish-granting powers ever seen on the big-screen in the form of an evil Djinn. 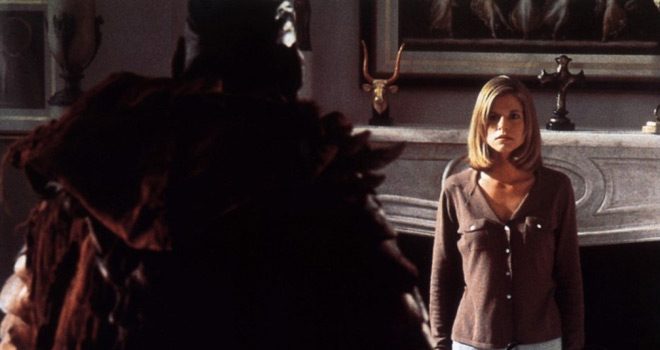 Now two decades old, Wishmaster is the work of SFX wizard Robert Kurtzman, taking on the director’s chair for only the second time, behind his 1995 film The Demolitionist. Also known as the mastermind behind the story of 1995’s From Dusk till Dawn, in the years gone by, Kurtzman has directed a list of other features, but is best known for helping to found the powerhouse K.N.B EFX Group in 1988 as well as for supplying many great special effects for Horror favorites including 1986’s Night Of The Creeps, 1987’s Evil Dead II, and 1995’s Lord Of Illusions.

Within this little Horror film, Kurtzman introduces to the genre a new face of evil in the Djinn who is seen tearing apart the souls of hapless humans as the Wishmaster. A competently-made film with nothing but fun, blood, and guts on the minds of its creators, the result is nearly 90-minutes of eye-catching, eye-popping, as well as laugh-out-loud, bubble-gum entertainment. That said, what makes it all work? Well, that resides in the cast and crew that helped to get such amazing results out of the film.

It begins with the writer, Peter Atkins, who most fans may recall as being the screenwriter for 1988’s Hellraiser II, 1992’s Hellraiser III, and 1996’s Hellraiser IV. He was a founder/member for a theatre group in Liverpool, England called The Dog Company in the late 1970s, befriending a certain Author/Director Clive Barker and Actor Doug Bradley along the way. Kurtzman turned Atkins’ Wishmaster screenplay into a no-holds-barred, gory-fun Horror version of a genie gone mad. While also keeping his fanny planted in the Director’s Chair, Kurtzman was lending a hand in much of the amazing SFX in many scenes of this movie. 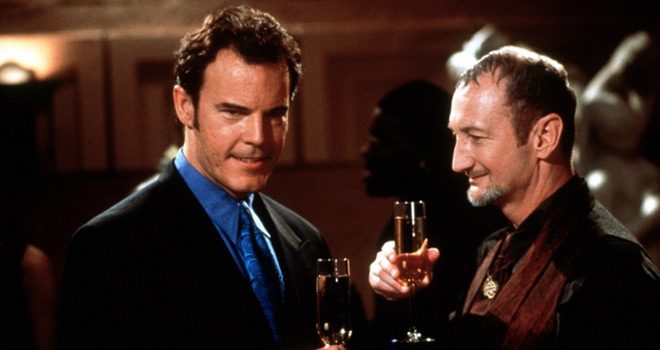 Carrying the title Wes Craven Presents Wishmaster, due to his acting as executive producer, playing the protagonist in the film is Alexandra Amberson (Tammy Lauren: Chains Of Gold 1991, Mad City 1997). Absolutely fantastic in her role as Alexandra, throughout most of the film, Alexandra puts her willpower to the test while trying to outsmart the evil Djinn. Giving true meaning to the word actor, Lauren masters every line, every emotion, and every one of her actions in one completely spotless performance. Lauren deserves much more praise for her outstanding representation of her role in this film.

Speaking of outstanding, portraying the evil Djinn is none other than Andrew Divoff, an overall fantastic actor. Like many of his other roles in his life including 1990’s Graveyard Shift and 2007’s The Rage, he took his Djinn character to the next level. In fact, he did so with pride, while having the time of his life on the big-screen. Divoff shows many forms of countenances in this film, but it is when his Djinn character smirks a devilish grin is when the viewer knows someone is about to be put six-feet-under.

In the story, the Djinn taunts Alexandra, trying very hard to force her into making a wish so that he/it could be free of imprisonment. When Lauren and Divoff are on-screen together, while their characters are at a battle of wits, what shows are two amazing actors at work, feeding off one another’s emotional energy. Kurtzman and Atkins should be proud of these cinematic performances from their two lead actors.

Now, while there are many cameos in Wishmaster that will possibly turn a head or two, and maybe even make one to laugh, if one person out there has yet to see this Horror splatter fest, there would be no reason to spoil the surprise. However, there is one pivotal role to mention, though, and that would be of Mr. Robert Englund (A Nightmare On Elm Street franchise) whose character, Raymond Beaumont, an arts dealer, has an ancient statue shipped to the U.S. containing a hidden ruby. This ruby is what keeps the evil Djinn under lock and key. 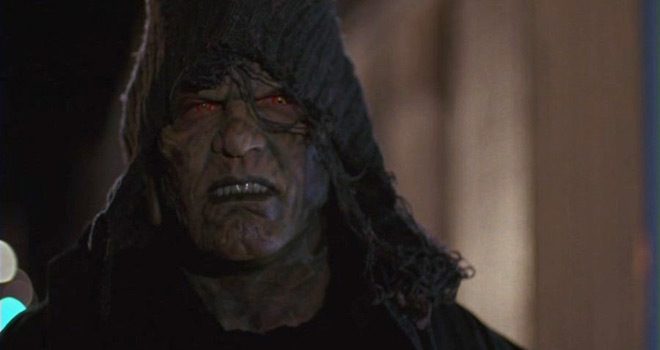 There are so many scenes of chaotic, blood-letting, so many scenes of deformation, impalement, and dangling limbs, it makes one now realize just where all of Wishmaster’s estimated 5 million dollar budget had gone. Seeing is believing, though, but almost every second of each scene is painted in some amazing practical special effect. As a matter of fact, there were at least three different effects crews on deck here: some handling various kill-scenes, others tackling makeup effects, while others were perfecting costume design. Even the cinematography is quite unique, in that every scene is brightly-lit but not invasive, and that every bloody detail glistens in the light, while the oozing gore from the gruesomely moving prosthetics are perfectly aligned for the viewer’s enjoyment.

When Wishmaster was theatrically released, it took third place on its opening weekend; accumulating a little over approximately 15 million-dollars in its total run, domestically. It also laid the groundwork for a franchise with 1999’s Wishmaster 2: Evil Never Dies, 2001’s Wishmaster 3: Beyond the Gates of Hell, and 2002’s Wishmaster: The Prophecy Fulfilled. The only film in the series to have a theatrical release, ,ow 20 long years later, what is more important to remember, though, is – in the case that someone comes across an old lamp riddled in dust and grime – do not, under any circumstance, clean the damn thing, no matter how hard life has been, no matter how fast someone wants it to change. If that warning goes unheard – well, then, “be careful what you wish for…” 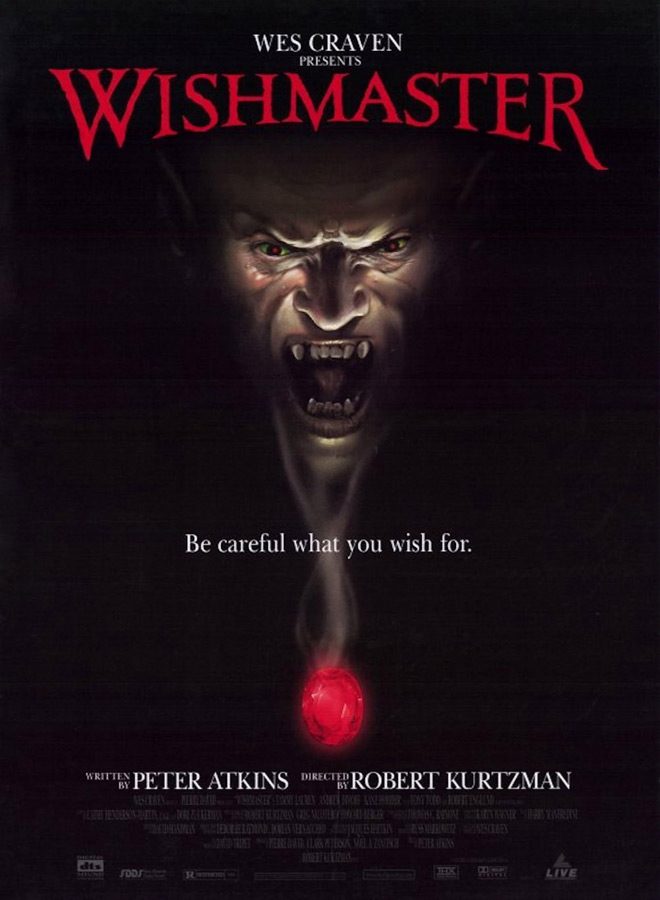