Witchery – I Am Legion (Album Review) 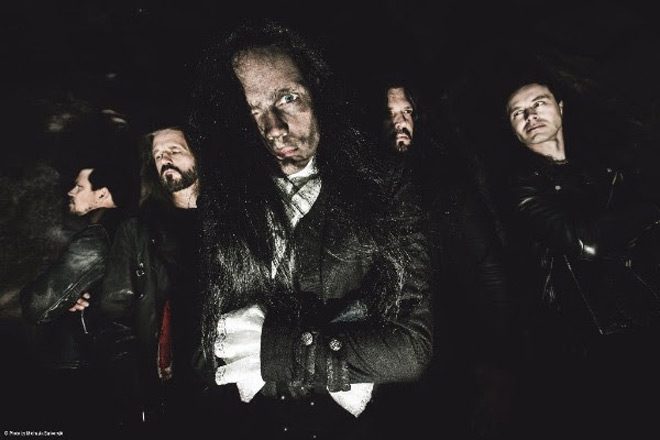 It would be cheap and lazy to describe Sweden’s Witchery as a side project, or even a supergroup; instead, they may be better described as a welcome respite for each of their members to escape their day jobs. Veterans at this point, the band broke onto the scene in the late ’90s with 1998’s Restless & Dead, a fun mixture of Thrash, Death, and even flecks of Black Metal. Though borne of a drastic lineup change – Satanic Slaughter was thoroughly disbanded overnight – the band quickly spliced in members of Seance and largely held the same lineup for a decade. Mainstays Patrik Jensen (The Haunted) on rhythm guitar, Richard “Corpse” Rimfält on lead guitar, and Sharlee D’Angelo (Arch Enemy, Spiritual Beggars) on bass held strong with Tony “Toxine” Kamper on vocals and Martin Axenrot on drums, who replaced Mique after two releases.

As the lineup solidified, the gaps between releases increased, and by the mid-2000s Witchery was averaging five years between recordings. A quick flurry of lineup changes (three vocalists, one drummer) eventually led to In His Majesty’s Infernal Service in November of 2016, with Agnus Norder and Chris Barkensjö joining on vocals and drums, respectively. The reception was such that Jensen and the band decided to harken back to the heady days of the band’s formation, when biannual albums seemed to be the norm, and the expectation.

In that vein, I Am Legion is the second album of new material in just over a year and, for the first time since 2001’s Symphony for the Devil and 2005’s Don’t Fear the Reaper, a matching recording lineup for consecutive releases. Released on Friday, November 10, 2017 via Century Media Records, the sounds are familiar to fans of Witchery without sounding formulaic. Consisting of 11 new tracks, plus 2 more as bonus on the limited Digipak CD edition, the sound alternate blast beats and slow dirges, with, in most cases, Jensen riffing to lay a solid foundation over which Corpse drops impressive leads, before everything comes back for one last verse or two.

The opener “Legion” serves as an instrumental reminder of the speed and talent of this band, leading into the creepy Horror theme of “True North,” which doubled as the first official single from the album. Honoring the Egyptian proto-deity, “Amun-Ra” combines runaway drums and syncopation which lays the ground for another Corpse solo.

Then comes “Welcome Night,” another car in the familiar chugging train of rhythm and death, joining older favorites like “Draw Blood” from Don’t Fear the Reaper and “The Burning of Salem” from In His Infernal Majesty’s Service, even employing the voiceover technique of the latter. D’Angelo made quick work of getting into a proper rhythm with Barkensjö during In His Infernal Majesty’s Service, and the pair continue their excellent work here.

“Of Blackened Wing” moves largely like a slow, vibrating dirge, occasionally galloping into blasts reminiscent of Motörhead, while “Seraphic Terror” pauses its brutal descent just long enough near the end to allow a quick spate of solos. “A Faustian Deal” grips the listener and squeezes in several verses before devolving into a slow lead-up to Corpse soloing. Fuzzy production and muffled vocals cover the beginning of “Dry Bones,” before giving way to a chorus that puts its feet up and feels at home in the seventies.

Later on, “An Unexpected Guest” begins with a much heavier bass presence and reaches a midway peak with a flurrying solo. This is before “Great Northern Plague,” an instrumental effort whose foreboding bells set the stage for closer “The Alchemist.” The closer includes everything needed to complete the experience: staggered drums, crisp solos, and a slow descent.

As mentioned, special edition digipaks include two bonus tracks, “Ragnarök” and “Apex Ghoul,” which fit right in with the others. The first is another example of the chugging rhythm that defines this band, mixed with beat to your skull and slow, grinding soloing. “Apex Ghoul” shifts from guitar wizardry to healthy gallops that carefully bookend a slow breakdown, before shifting to a brief wailing solo and closing verse.

Witchery have never been a band to shy away from honoring their influences – their album titles are often puns of classic Rock and Metal albums – but they are always original with their work. I Am Legion is a welcome addition to an already impressive collection, and the quick turnaround between this album and its predecessor bodes well for the band’s output in the future. Now, if only we can get them to tour the Americas again! Until then, CrypticRock gives I Am Legion 4 out of 5 stars. 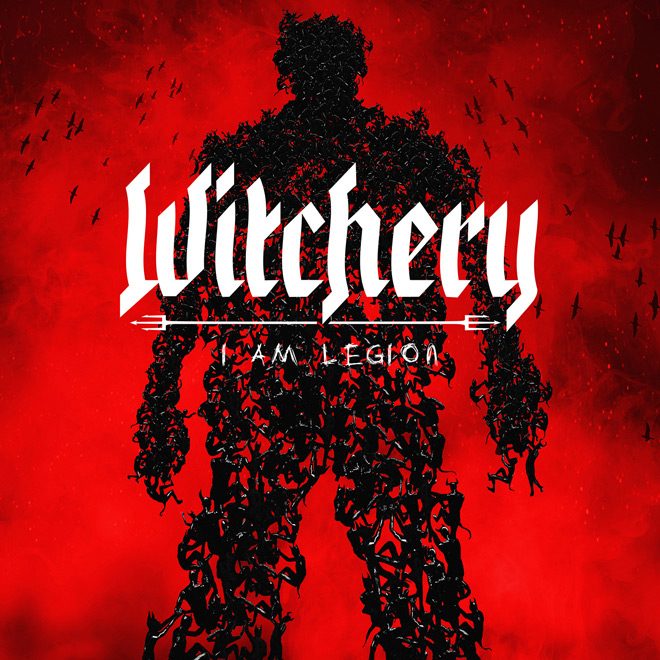 Purchase I Am Legion: