All Them Witches – Sleeping Through The War (Album Review)

February 24, 2017 All Them Witches – Sleeping Through The War (Album Review) 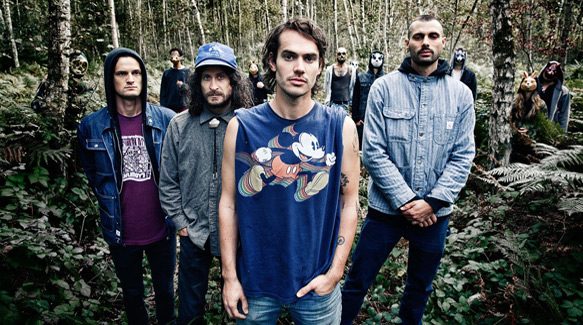 All Them Witches is a difficult band to define. Hailing from Nashville, Tennessee, the quartet have been squeezed into genres and subgenres such as Neo-Psychedelic, Dark Blues Rock, Hard Rock, and even Stoner Rock, though the negative connotations of that label do the band a grievous disservice.

While most of the genre labels affixed to All Them Witches are applicable, their sound is far too slippery to pin down. This in mind, their latest full-length album, Sleeping Through The War, is fueled by influences from a myriad of genres both modern and classic. A single song’s sound can fluctuate between heavy fuzz and distortion to clean, bright melodies while passing twangy Blues along the way, and those combinations make for a truly unique sonic experience.

Sleeping Through The War, released February 24th via New West Records, is the band’s fourth album since forming in early 2012. A follow-up to 2015’s acclaimed Dying Surfer Meets His Maker. Vocalist/Bassist/Guitarist Charles Michael Parks, Jr., Guitarist Ben McLeod, Drummer Robby Staebler, and Vocalist/Keyboardist Allan Van Cleave have been impressively prolific in their few short years as a band. In addition to their LPs, All Them Witches have released two live albums, three EPs, and several singles. Now in 2017, their experience shows vividly with rife, dreamy vocals, explosive riffs, and killer lyrics offered on Sleeping Through The War.

Despite only having eight tracks, Sleeping Through The War clocks in at a substantial 46 minutes with half of its songs going well over six. “Bulls,” the album’s opening track, begins with clean, almost beachy guitars and soft drums, but do not get too comfortable – it soon detonates into a haze of hard distortion. The song continually teeters between these two contrasting sounds before launching into a frenetic, head-banging finish. Contrasting sounds like these are a defining quality of this album, and that makes each song exciting.

One of the album’s standout tracks is “Don’t Bring Me Coffee,” which begins as a Blues-inspired, Western-sounding jaunt with vocalist Parks intoning “Ain’t nobody gonna tell me how to run my town,” (cue the tumbleweed) until it quickly slams into a fuzzy rage that seems miles away from the song’s start. The transition is pleasantly jarring. The song itself is an excellent show of Park’s vocal abilities -his range is very limited, but in no way is that a bad thing. Parks makes the most of it by floating somewhere between singing and talking with style à la The National’s Matt Berninger.

Then there is “Bruce Lee,” one of the album’s singles, a song which is one of the few that keeps a consistent and even tone throughout. It is one of the most accessible tracks that seems inspired by Classic Rock, New Wave, and perhaps even some ’90s Alternative bands such as Jawbreaker. “3-5-7,” another of the album’s shining jewels, is filled with ethereal layered vocals and slow, driving bass line that build toward an almost Shoegaze-like chorus.

The album culminates with “Guess I’ll Go Live on the Internet,” a nearly ten-minute venture driven by a repetitive bluesy riff and some heavy reverb. Taking up nearly a quarter of the album’s total length, the song’s mix of spoken-word lyrics and layered vocals do wear out their welcome just a bit.

Overall, All Them Witches have created an impressive and complex display of their many musical influences that will keep listeners coming back for more. For these reasons, CrypticRock gives Sleeping Through The War 4.5 out of 5 stars. 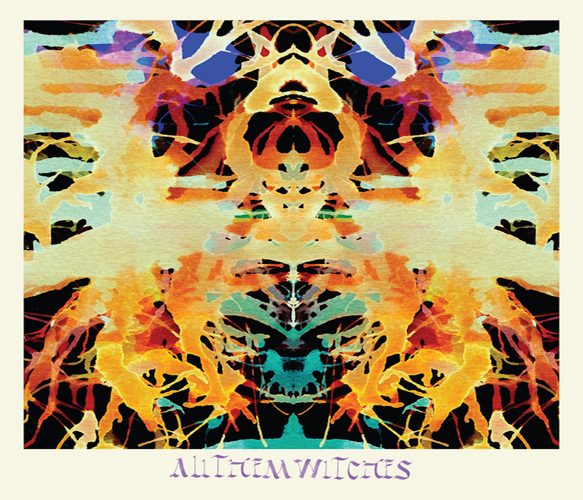