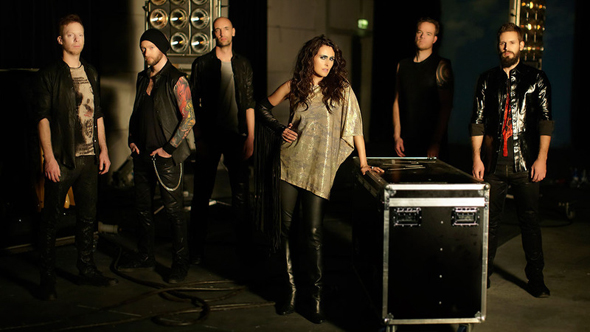 Masters of Symphonic Rock, Within Temptation, are not just one of the most unique and hypnotic bands to emerge from the Metal scene recently, they are also one of the greatest success stories to emerge from the European Metal scene in the last decade. Formed in 1996 by guitarist Robert Westerholt and vocalist Sharon den Adel, complemented by bassist Jeroen van Veen, this Dutch band has come a long way in the last fifteen years. Within Temptation has now sold over three-million CDs and DVDs worldwide, making them not only Holland’s biggest selling musical export, but also one of the biggest Rock acts internationally. Releasing their debut album Enter in 1997, the band was catapulted into massive success by the time their sophomore album Mother Earth came around in 2000, and praise reached a new height in the North American market with 2007’s The Heart of Everything.

Releasing their sixth album Hydra back in January, Within Temptation re-invented themselves once again with a unique piece of work. On November 24th, 2014, to celebrate, Within Temptation released a masterful DVD/Blu-Ray/double CD live recording entitled Let Us Burn – Elements & Hydra Live In Concert. The live album features two performances, the first being the greatest parts of the band’s 15th anniversary concert at the Sportpaleis in Antwerp, entitled Elements, and the second from the band’s final performance at the Heineken Music Hall in Amsterdam during the 2014 Hydra World Tour.

The CD release captures a number of impressive moments sprinkled throughout. The first being from Elements, where a stirring versions of “In The Middle Of The Night” and “Faster” showcase some outstanding bass and drum arrangements. Den Adel’s vocals on the compelling piano styling’s of  “Fire And Ice” and the dynamic “Angels” are some of the finest she has done, and Spierenburg’s keyboard work is as close to perfection as one could hope to get. Adding excitement to the live recording, the energy of the audiences’ participation makes “Stand My Ground” so inspirational, as den Adel’s singing continues to show that she is putting her heart and soul into her work on “The Last Dance” and “Say My Name.” One could even argue that these two versions are actually better live than the original studio versions.

On the Hydra Live in Concert’s version of “Let Us Burn,” the entire band does an elegant job of backing vocals, adding depth and complexity that showcase some outstanding talent that sometimes go unnoticed in live performances. Meanwhile, “Iron” is ablaze with passion and the guitar breaks, although concise, are sharp as well as explosive. The vocal work on the ballad “Edge Of The World” is nothing short of brilliant, and den Adel’s duet with Devil You Know vocalist Howard Jones on “Dangerous” collaborate well together, despite the differences in their styles. Then the entire ensemble of musicians raises the bar with the dynamic Hard Rock song “Covered By Roses” and the lecherous sounding  “What Have You Done” featuring a solid duet with Life of Agony’s Keith Caputo. Toward the end of the concert, the acoustic renditions of “Whole World Is Watching” and “Sinéad” are breathtaking vocally focused pieces, which are beautifully recorded with the guitars sounding extremely crisp and clean.

The recording and production of Let Us Burn – Elements & Hydra Live in Concert is flawlessly clean and in a class all by itself. Although the overall recording is primarily built around den Adel’s voice, the mix also enhances the crowd without allowing it to overpower the music. Simply put, Let Us Burn – Elements & Hydra Live in Concert is a monumental release, and is highly recommended for the Symphonic Metal fan. It should win Within Temptation many new fans and is a great starting point for those wishing to jump aboard that are not quite sold on this band.  It showcases songs that cross over their entire catalog from 1997 to the present. Those who profess to be a fan of the band owe it to themselves to get this one. Within Temptation is a spectacular live band that deliver extraordinary technical performances, powerful songwriting, well-known guests, and the unique voice of den Adel. CrypticRock gives this album 4.5 out of 5 stars. 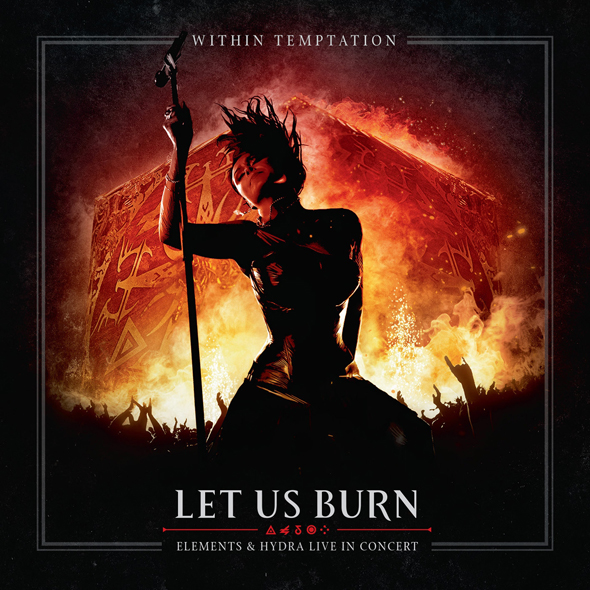 Read an in-depth interview with Sharon den Adel of Within Temptation: