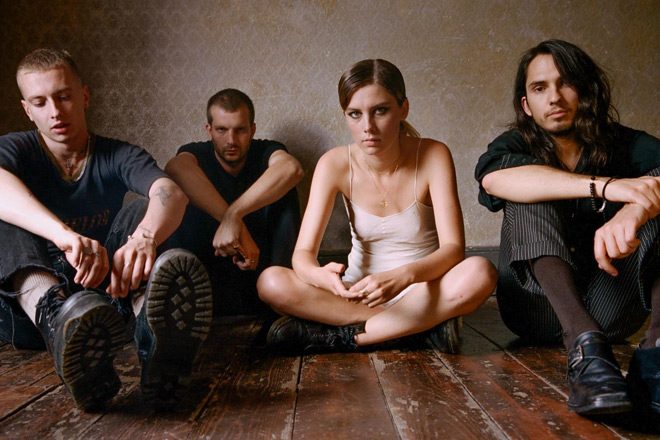 Initially come together as a duo in 2010, the now four piece Alternative Rock outfit known as Wolf Alice burst onto the scene back in 2015 with their freshman album, My Love is Cool. Hitting Rock charts in June of 2015, most notably the single, “Moaning Lisa Smile,” helped launch the band’s debut album to a top 200 Billboard position. So who are Wolf Alice and where do they come from?

Answering the burning question, they are North London based band currently comprised of Vocalist/Keyboardist Ellie Roswell, Violinist/Guitarist Joff Oddie, Bassist Theo Ellis, and Percussionist Joel Amey. Often praised for their Neo Grunge sound and Shoegaze stylings, Wolf Alice seemingly faded out of the spotlight until recent when they released their highly anticipated sophomore album Visions of a Life on September 29, 2017 under the Dirty Hit label.

A twelve track album, Visions of a Life takes on a different approach to music – veering away from the cool, Grunge tones heard on My Love is Cool. The first track, “Heavenward,” highlights the band’s different venturing into experimental territory. Almost like a pulse becoming louder, it reaches upward and brings to mind The Smashing Pumpkins instrumentally while also invoking the spirit of The Cranberries. An intriguing mix, the song allows the listener to be introduced to the album gently and angelically. In exchange, this lets listeners get a feel for some of the simple, but heady vocals, waves of guitar chords, and whispery drums melding into the mix.

Moving on, “Yuk Foo” breaks the calm ’90s nostalgia with an upbeat tempo and more erratic singing likened to the early 2000s genre of Alternative Rock. An angrier sound combined with pitchy, breathy, yelling, and groaning evokes a feeling of rebellion as Roswell repeats emphatically “I don’t give a shit!” Not conforming to any genre conventions, “Beautifully Unconventional” immediately follows up with a smooth, yet funky bass line and Roswell’s dulcet tones. Conjuring a sound reminiscent to that of UK Artist Lily Allen, “Beautifully Unconventional” is short, sweet, and instrumentally savory.

In direct contrast, “Don’t Delete the Kisses” is dreamy, romantically paced, and focuses on the hypnotic cadence of Roswell’s spoken word interweaving with her singing. Completed by the relaxed and almost psychedelic workings of guitar, keyboard, bass, as well as drums, “Don’t Delete the Kisses” feels a thousand miles away and cozily settles into the ear at the same time. Introducing itself, “Planet Hunter” features melancholic guitar strums leading up to a crescendo of something between Shoegaze and Indie. “Am I a planet hunter?” croons Roswell as the instrumental piece floats her voice into a fantastical state.

Wasting no time in taking it back to more of a rushed, heady pace comes “Sky Musings.” In a somewhat panicked state, the frenzied vocals and ominous drumming pours anxiety like an audible liquid into the ears and throughout the body. More demanding and electrifying, “Formidable Cool” brings back the psychedelic persona in a rant of emotion and colorful strands of musical crafting. It is wicked, condemning, and essential to the story that is Visions of a Life – which seems to be a collection of thoughts, feelings, and sound aesthetic. This is before the almost bubbly “Space and Time” which offers a faster pace but more passive singing style. Melody focused, while featuring endearing acoustics, this song is sweet and concise, not lingering too long. On the other hand, “Sadboy” is a bit more jangle Pop and definitely in the spirit of Grunge.

Returning to a slower and once again dreamier state, “St. Purple & Green” is fatally saccharine with its dreary, droning vocals before a sudden influx into folksy guitar and tempo. An intriguing mix, it leaves off as it began with an eerie angelic chorus. “Speaking of folksy qualities, After the Zero Hour” is the saddest and most Folk-like piece of the album. Featuring naught but vocals and guitar, it is transcendent in an ethereal way that only Folk can be. Lastly, title-track “Visions of a Life” is a powerful song which returns Wolf Alice to their Grunge roots with dueling guitars and crescendo of apathetic vocals.

An impressive switch-up, Visions of a Life is obviously an experiment in sound. It can take some time to appreciate, but Wolf Alice has forged an album that is pure sound aesthetic. That said, Wolf Alice does not try to be something that tries hard to impress, they simply just exist somewhere where people will either “get it” or will not. Layering together different ideas, themes, and sounds allows Visions of a Life to venture anywhere from friendship, love, death, anxiety, and a few places somewhere in between. For these reasons, Crypticrock gives this album 3.5 out of 5 stars. 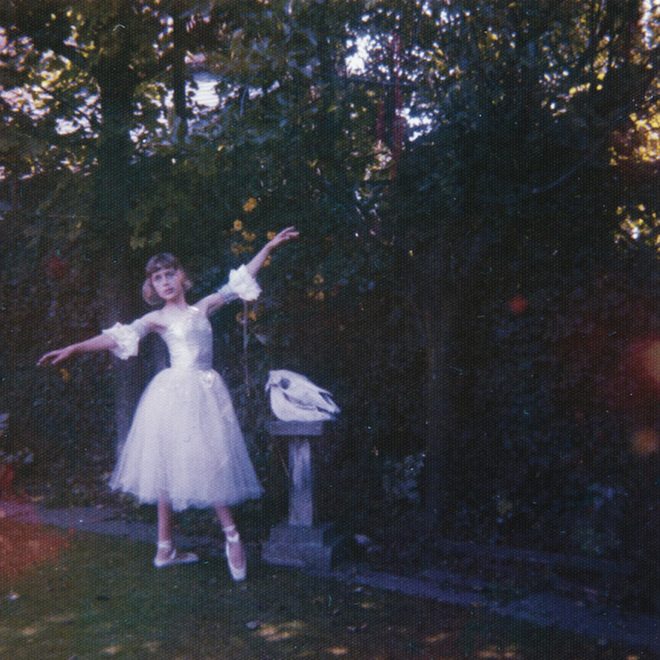 Purchase Visions of a Life: