Combine the Found Footage approach to Horror with a chaotic melee surrounding an unknown cryptid in upstate New York, and you will have a basic knowledge of Wolf House. This newest offering from Wild Eye Releasing was released January 17th, 2017 and is currently available on Video On Demand as well as in physical DVD format. 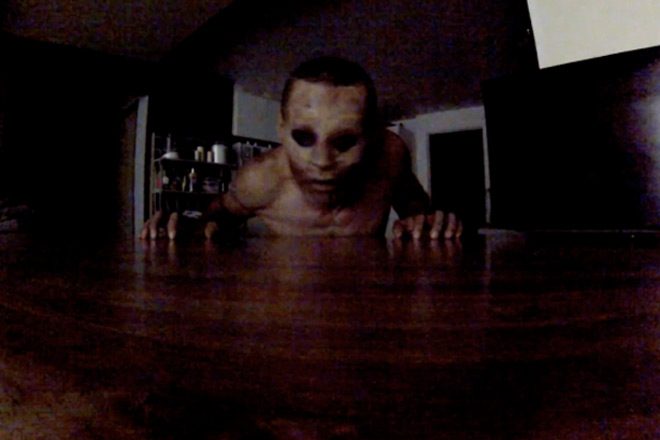 Wolf House is the tale of six friends, gone camping in Niagara County, New York, who mysteriously disappear or, in two instances, turn up severely mutilated. Our story begins in October 2010, as wannabe filmmaker Joey (Ken Cosentino: Return to Nuke ‘Em High Volume 1 2013, Attack of the Killer Shrews! 2016) preps his handicam for the trip. We quickly meet his love interest, girl next door Donna (Elizabeth Houlihan: Troma’s Dead Inside 2016, Attack of the Killer Shrews! 2016), along with the group’s whipping boy Alan (Marcus Ganci-Rotella: Troma’s Dead Inside 2016, Attack of the Killer Shrews! 2016) and the friendly Jeff (Marc Sturdivant: Ex 2015, Troma’s Dead Inside 2016), who just wants everyone to get along. Add to the fold tattooed, gun-toting bad boy John (Rick Williams’ acting debut) and his blonde bombshell girlfriend Rebekka (Jessica Bell: The Church series, Crossing Thresholds 2017), who are rumored to be getting engaged this weekend.

As the story progresses through the footage recovered from Joey’s handicam and John’s GoPro, we witness this motley crew pack up an SUV for a five-day trip and head to a cabin in the woods. The hijinks immediately ensue and there is plenty of boys being, well, boys; campfire stories, lady’s derrieres and tormenting poor Alan follow. Almost as soon as they bunk down for their first evening, there is a strange noise at the door. “It could be Bigfoot,” one of the boys quips, “or Gary Busey!”

A brave (or somewhat foolish) Donna grabs a flashlight and wanders out onto the porch to investigate. What she discovers is not, in fact, the crazy villain Busey but instead a decapitated animal carcass. There is some arm-flapping and freaking out, but eventually the group settle back into their beds. In the morning, the body is magically gone, and, to add to the mystery, there is a pair of massive, unidentifiable tracks in the mud. 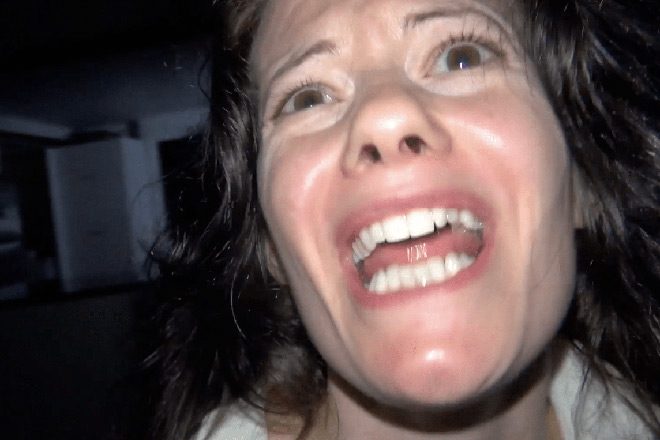 As the mystery surrounding their overnight visitor escalates, a highly spooked John shoots something in the woods. When the group gather together to observe the kill, they discover a creature that looks oddly like a black ape but is not, in fact, a creature of any known kind. Assuming that he has bagged himself a legendary Bigfoot, John and the boys roll the cryptid in a tarp and strap it onto the roof of the SUV, and the group quickly heads back to Jeff’s house to debate whether to alert authorities or keep their monumental trophy to themselves. Before any conclusions can be drawn, however, absolute chaos will break out, leaving four of the friends hiding in the attic and praying for their lives.

Clocking in at 70 minutes in length, Wolf House was directed by Cosentino (who stars as Joe) and Matt D. Lord (Ex 2015, Return of the Hill Kings 2015), and written by Cosentino and Houlihan (who stars as Donna). A somewhat flimsy mix of chaos and comedy, this film falls decidedly short of anything horrifying, but definitely has some comedic merits. Not sure that was what they were aiming for, but is humor ever really a bad thing?

The Found Footage approach to Horror movies is nothing new, and Wolf House presents nothing new in its approach to the subgenre. The mix of handicam and GoPro is at times actually nauseating due to the frenetic movement of the cast members in their crazed situations. However, if we forgive this fact, this film is still faced with quite a multitude of flaws: from inappropriate acting to shoddy-looking cryptids. 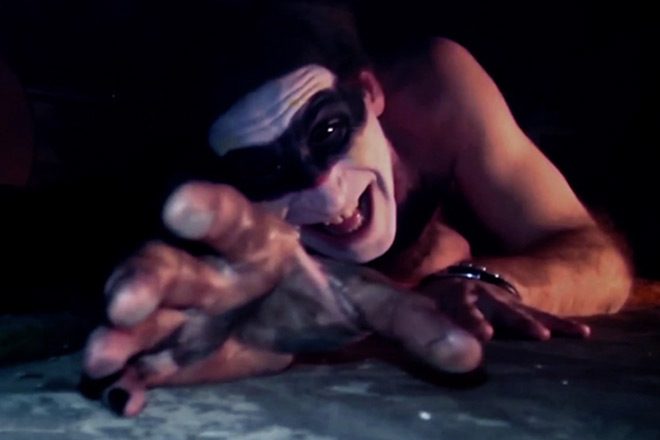 The ensemble cast of Wolf House are solid in their roles when portraying everyday situations; however, when the shit hits the proverbial fan, they merely run in circles over-reacting or under-reacting to every obstacle they encounter. Take, for example, Cosentino (Joe) who has several on-camera confessions that should be teary-eyed and full of abject fear, but instead feel somewhat indifferent, bored, and worthy of an episode of Big Brother. Then there is a phone call to 911 placed by Ganci-Rotella (Alan) that is full of odd pauses and lacks any sense of urgency. Crazy, unknown creatures are eating your friends, dude, it’s okay to freak out!

Then there are the creatures. Oh, the creatures! A gentle blend of black bear, ape, bogeyman, and Slipknot band member, these things are just actors in hairy black fur. End of story. In fact, when John shoots the cryptid that kicks off this entire headache, we can see the actor breathing as the group poke the black hair and stare. There is absolutely nothing remotely scary about a man in a tweaked-out monkey suit!

This all amounts to something about as horrifying as an episode of Scooby Doo, except that particular mystery squad was enjoyable – Wolf House is laughable, at best. Perhaps, that was the goal here: create a cliché plot full of banal creatures, insert wobbly camera work, ludicrousness galore, and voila! We have a movie! Whatever the case, if you step into this film with the expectation of comedy, you are golden; if you expect to be scared, go somewhere else. Anywhere else! The best part of this film is its intriguing cover art and for these reasons, CrypticRock give Wolf House 2.5 of 5 stars. 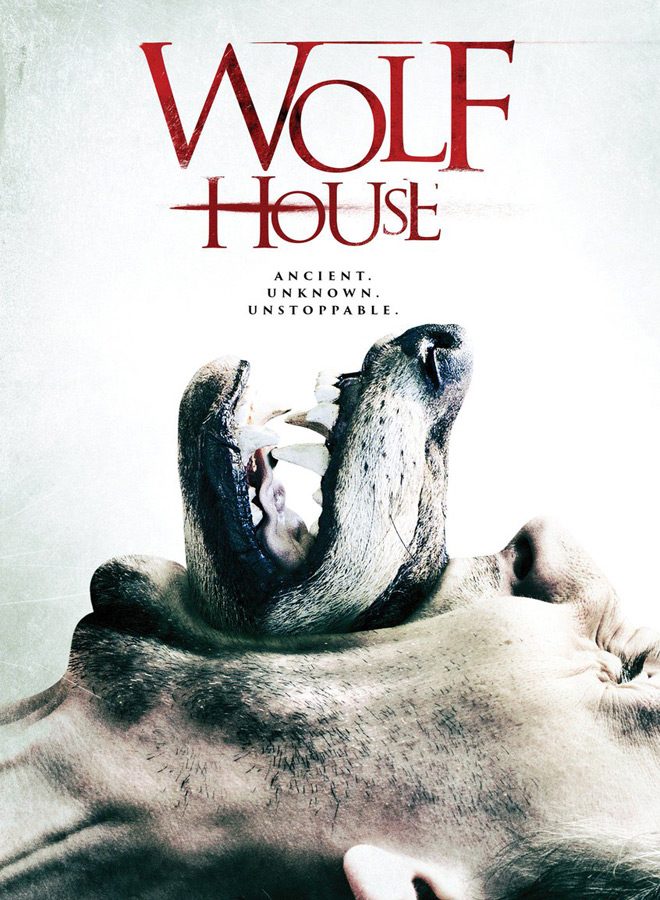