Lou Garou (Leo Fafard: Hungry Hills 2009, I Heart Regina 2010) is a cop with the local Sheriff’s department in Woodhouse. One winter’s day on his way to work, hungover, he hears reports about the increasing number of missing cats and dogs. Lucky for Lou, his workmate Tina (Amy Matysio: Stranded 2013, Lawrence & Holloman 2013) is three times the cop he is, and picks up his slack. This does not go unnoticed by his boss, the Chief of Police (Aiden Devine: October Gale 2014, In the Pin We Trust 2013), nor the townspeople, who have little or no respect for him. There has been a number of robberies by a local gang of criminals and current Mayor Bradley (Corinne Conley: Mr. D. 2014, Saving Hope 2014), and mayoral candidate Terry Wallace (Ryland Alexander: 13 Eerie 2013, Stranded 2013), use the crime rate and lack of town moral as their platforms for the coming election. 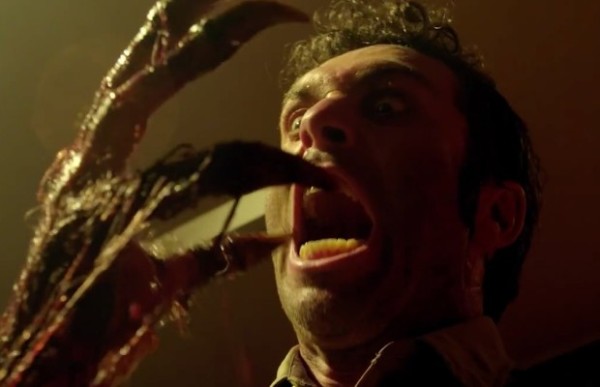 WolfCop is a Horror Comedy released by CineCoup Film Accelerator, as their first film, in cinemas on June 6th, 2014, and DVD and Blu-Ray on the October 13th, 2014. Written and Directed by Lowell Dean (Juice Pigs 2010, 13 Eerie 2013), WolfCop is the Horror movie industries version of Rambo, if Rambo was a Werewolf, a drunk, and a Cop. One night after a big night of drinking with the local barmaid Jessica (Sarah Lind: Glue 2012, The Exorcism of Molly Hartley 2015), Lou wakes up after blacking out, and dreaming of a bloody violent satanic ritual, of which he was the main star. When he looks in the mirror, he is surprised to see that it did in fact happen and something strange is happening to him. 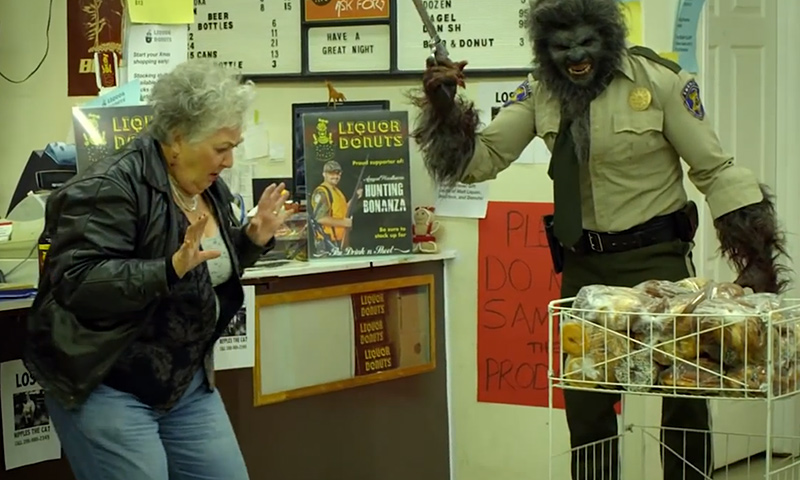 Lou starts getting an increased sense of smell, which comes in handy as a cop, and no matter how much he shaves, he cannot get rid of his five o’clock shadow. As the full moon approaches, Lou starts changing in a big way and it is not long before he suspects himself as the main suspect when the townspeople start dying. With the help of his long time least favorite person Willie (Jonathan Cherry: Rookie Blue, Love is Dead 2014), he starts looking into the town’s creepy background and uncovers some horrifying secrets, with a tongue in cheek approach.

It could very easily be a cheesy movie and sometimes it pushes the line, but its original take on the Horror comedy makes the journey a whole lot of fun. Watch what happens when Jessica the barmaid finds her Little Red Riding Hood outfit and a pair of handcuffs or how Willie discovers Lou’s secret. Leo Fafard as Lou does a great job as not a usual leading man, and if he was any woman’s  husband, they would worry about him shedding on the furniture. Even Lou’s name is a play on lycanthropy. 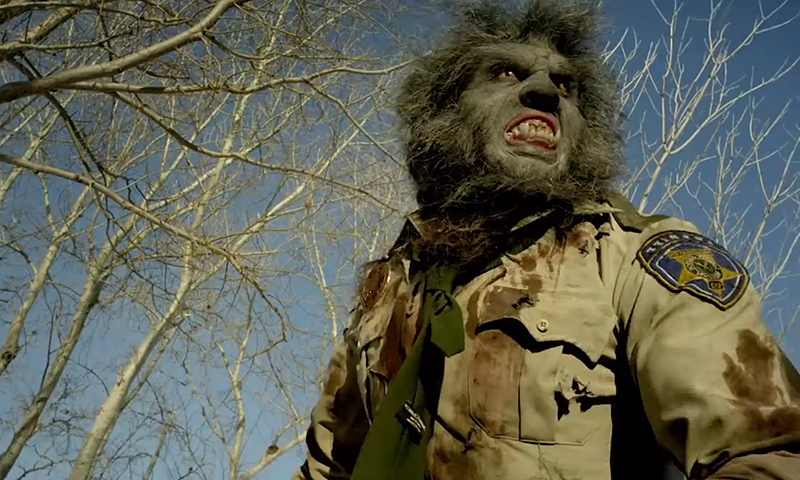 WolfCop is not a movie to be taken seriously in any form and is an entertaining look at the werewolf genre, providing quite a few laughs, and answers to any of those pesky werewolf questions you may have. It still contains plenty of blood and gore to satisfy even hard core fans. Its light but interesting storyline, that has some similarities to Simon Pegg/Nick Frost classic Hot Fuzz 2007, is a must watch. WolfCop has all the potential and charisma of a cult classic and then some. CrypticRock gives WolfCop 4 out of 5 stars. 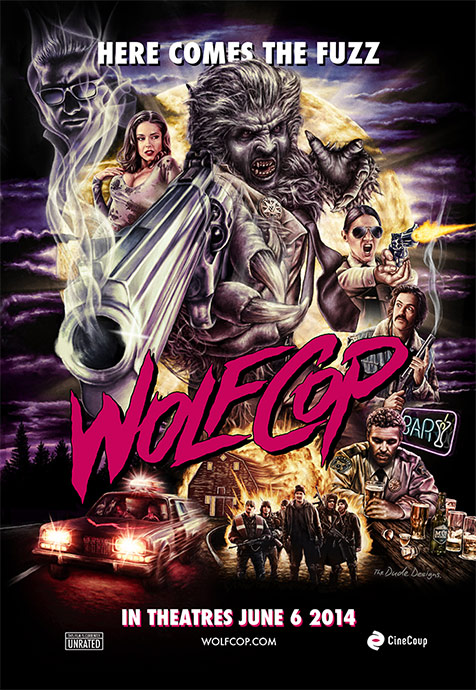 Pre-order WolfCop on Blu-Ray/DVD on Amazon