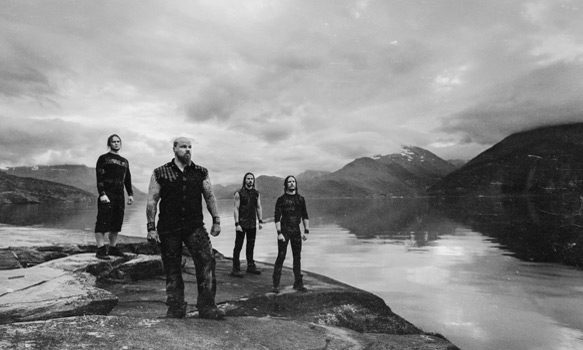 Putting the Dark Metal act Before the Dawn to rest in 2013, musical powerhouse Tuomas Saukkonen decided to continue putting his talents to good use with the formation of new project Wolfheart. No doubt one of the Finnish Metal scene’s most talented creators, Saukkonen’s efforts consist of the aforementioned Before the Dawn, Black Sun Aeon, and Dawn of Solace, just to name a few. Always looking to take the next step as a musician, Wolfheart’s story began with the song “The Hunt,” soon blossoming into a full-length album, 2013’s Indie release Winterborn.

A dazzling collection of Melodic Death Metal mastery, it was only a matter of time bef0re Wolfheart would garner a label’s attention, and it seemed only fitting that Finnish mega label Spinefarm Records would ink them in for a record deal. Primed for a bright future, they unleashed Shadow World in 2015 to rave reviews, and, two years later, return with their third album, Tyhjyys.

A multitalented artist, Saukkonen handles many parts of the production and work behind Wolfheart, including multiple custom handmade Amfisound guitars and can slam on his Yamaha drums. Developing into a full band, joining Saukkonen currently are Lauri Sivonen providing backing vocals and bass, Joonas Kauppinen providing the heartbeat of the music on drums, and Mika Lammassaari shredding on guitar. Tyhjyys, which means “emptiness” in Finnish, hits the public on March 3rd, and with 8 tracks in total, is nothing short of riveting.

The album begins with the instrumental song “Shores of the Lake Simpele,” which is like a metalhead’s winter lullaby. The chilling melodies drop right into the single “Boneyard,” offering a tempo change that will wake listeners right up. An anthem of destruction and death which weaves a tale of a great storm of blood and fire descending upon the world, the track is potent and epic while mixing in Doom Metal elements and speedy Black Metal styled riffs. Then, “World on Fire” seems to be a follow up to the events of “Boneyard,” describing vengeance and retaliation while unleashing an intense attack over a barren and bleak land.

Offering diversity, the latest single, “The Flood,” has a gentle start with a slow beat and soft instrumentals. Just over a minute into the song, the guitar intensifies and the vocals begin for a full on assault one can feel in their chest. This song is slow compared to the majority of tracks presented on Tyhjyys, but it simply and effectively intensifies the mood. This is before “Call of the Winter” brings some superb guitar solos to the table. Showcasing the fabulous talents of Kauppinen and Lammassaari, it offers both the slow melodic and fast, pounding aspects of their capabilities.

Keeping the icy cold atmosphere lively, “Dead White” dishes out more delicious riffage and thick growls from Saukkonen while showcasing Finnish folklore heritage in the melodic structures heard in the chorus. Bringing it all to a close, the title-track “Tyhjyys” is performed in Saukkonen’s native language, and it truly lets him unleash the intense feelings he intended to display. An excellent way to end the record, here he showcases a flow and passion that is unmatched by the English songs. Even those who are not fluent in the language, the emotions are still apparent, making for a standout listen.

Wolfheart’s soft melodies disguised under heavy vocals and beat create an icy cool sensation that can impress any Metal fan. Mother Nature’s influence is obvious as this album describes cold, stark realities. The multifaceted performances are sure to keep followers hooked while interesting those who may not yet be familiar with the group. Fans of Saukkonen’s previous projects – as well as bands such as Amon Amarth, Insomnium or Heaven Shall Burn – should make room in their music collections for Tyhjyys! CrypticRock gives Tyhjyys 4.5 out of 5 stars. 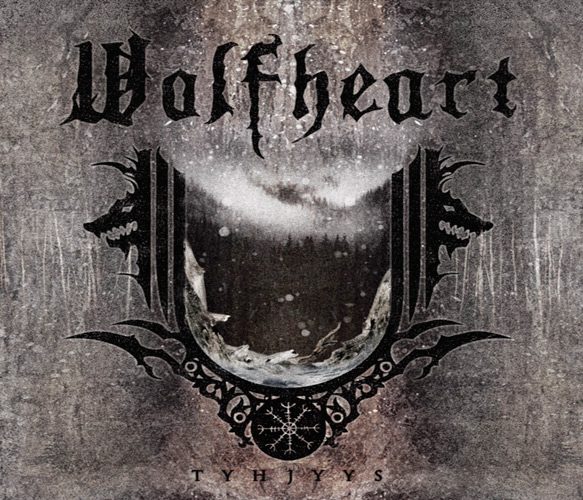