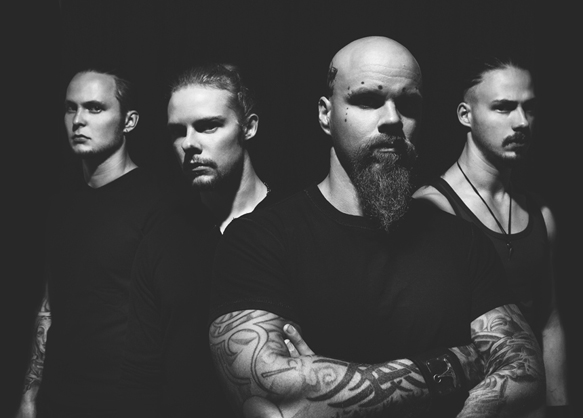 Wolfheart was founded by composer, multi-instrumentalist and Death Metal vocalist Tuomas Saukkonen in Kauvola, Finland. While Saukkonen spent almost fifteen years hard at work with the well-respected project Before The Dawn, he also masterminded projects such as Black Sun Aeon, Dawn Of Solace, Final Harvest, Routasielu, and many others. Saukkonen, a veritable Metal-scene unto himself, decided to disband all his other projects in 2013 and put all his efforts into a new effort called Wolfheart. Hard at work on his fresh outlet for musical expression, Saukkonen unleashed the debut Wolfheart album titled Winterborn in 2013.  Now almost two years later, Spinefarm Records have re-released the debut on February 3rd.  Featuring a lineup of accomplished musicians, bassist Lauri Silvonen, drummer Joonas Kauppinen, and guitarist Mika Larmassaari of Eternal Tears of Sorrow join Saukkonen as a complementary backbone.

Proving Saukkonen’s artistic determination, Winterborn was initially release as a independently self-financed album that gained respect and acclaim in 2013. Inking a deal with the aforementioned Spinefarm Records has seen the reissue of this masterpiece, and it is now being given worldwide distribution and allowing a wider audience to discover the music. Sauukkonen himself states, “After the blood, sweat, and tears poured into the self-released/self-financed debut, Winterborn, it is truly amazing to have a worldwide release for the album and I could not think of a better label for the job than renowned Spinefarm.” As also Saukkonen stated to Finnish site Kaaoszine, “I will continue with this project in my own means but the main red line in this new project is to create a band that has the energy of Before The Dawn and mix it with the low-tuned dark, heavy, and epic atmosphere of Black Sun Aeon. Also at the same time I have added some northern warrior feeling into it so those main ingredients are what Wolfheart will contain.” Channeling all of his musical genius into this one project has culminated in an album that sees Saukkonen playing like never before.

“The Hunt” opens the album with some lush acoustic guitar and leads into galloping fuzz guitars and drums and growling vocals. Then, on “In Strength and Valor,” crunching guitars, thumping drums, and vocal growls thunder along in a triumphant battle. Bringing on a thick atmosphere is the haunting “Routa Part 2” which begins with violins and pumps along with machine-gun rapid drumming and distorted power chords. The sweet lead guitar melody and emphatic cymbals bring this all home. “Gale Of Winter” is a snow-covered Finnish landscape in music, evoking a cinematic journey of the imagination. If Finns wrote their ancient folk songs as Heavy Metal symphonic anthems, this would be one of them. In “Whiteout,” there is a snowscape of catchy riffing and growling vocal melody. Adding to the beauty, lead guitars take the journey to its final ultimate destination.

Opening with a mayhem of rolling thunderous drums and guitar is “The Ghosts Of Karelia.” Guided into an up-tempo, energetic battle riff, there is a distinct dark and ominous feeling throughout the track. The track “I” has a sludgy riff with beautiful clean lead guitar melody and deep guttural vocals. Thereafter, “Chasm” takes the listener slowly into a deep, dark abyss, caressing gently with haunting violin and acoustic guitar, which roars rhythm change and a blistering lead guitar solo. This leads into “Breathe” which takes in air with a slow calm tempo. The strings build up to the heavier rhythm and growling vocals under a lead guitar melody. Finally, the re-released edition of Winterborn features an instrumental track titled “Isolation.” With a gentle atmospheric tune on keys, violin, and acoustic guitar, it is a long, lonely walk through the snow-filled forest that leads into the manic insanity of closing song “Into The Wild.” Full of energetic guitar, drums, and intense vocals, the piece guides the wolf-pack along their frozen journey.

Wolfheart’s creates a Winter Metal opus that is simply mesmerizing. Melodic and hopeful, their harsh Blackened Death Metal sound combined with more quiet tones make this a sweet magical Northern symphony for Odin himself. Fans looking for something equally brutal, as well as beautiful, will absolutely love this. So kick back and give into the deep freeze of Melodic bliss. CrypticRock gives Winterborn 5 out of 5 stars. 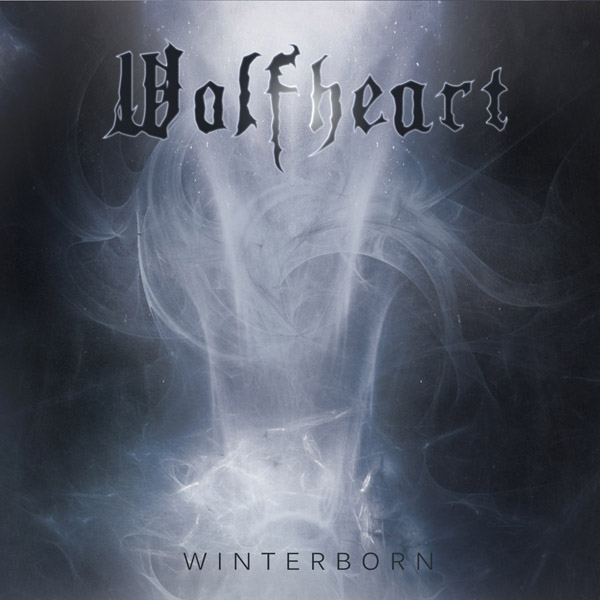 Wolfheart – Skull Soldiers (EP Review) Korpiklaani – Jylhä (Album Review)
Like the in-depth, diverse coverage of Cryptic Rock? Help us in support to keep the magazine going strong for years to come with a small donation.