On the surface, Wolves, released by Pinewood Toronto Studios on 28th August 2014, looks like the usual young adult version of a Horror film. A young man named Cayden Richards (Lucas Till: X-Men First Class 2011, X-Men: Days of future past 2014), has his whole life ahead of him. He is a senior in high school, a top football player, he has a loving family and a beautiful girlfriend. One night he turns into a werewolf and things go a bit pear-shaped. Written and directed by David Hayter (X Men 2000, X Men 2 2003), this is where Wolves really comes into its own and reveals a much deeper intense and violent storyline. After his adopted parents are torn to pieces, Cayden is on the run from the law and himself. He stumbles his way across America, trying to fight what lays inside him while learning more about who he is. 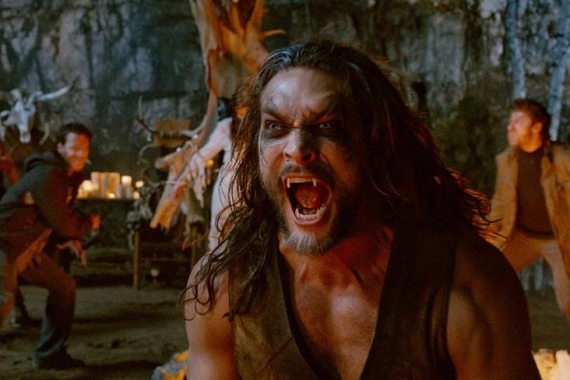 Fast forward a couple of years and Cayden has been traveling the countryside, sticking to himself. He finds himself in a bar one night and meets a one-eyed man named Wild Joe (John Pyper-Ferguson: The Last Ship 2014, The Remaining 2014), who also reveals himself to be wolf, but is reluctant to help Cayden. He eventually points Cayden in the direction of Lupine Range and he head straight there, but changes his name to Danny. He goes into a bar run by a young woman named Angelina Timmins (Merritt Patterson: Ravenswood, Primary 2014) and its met by quite a bit of hostility by the locals. He sticks to his guns and is offered work by John (Stephen McHattie: The Straing 2014, Hellmouth 2014) and Cara Tollerman on their farm. Cayden launches himself into the hard work and is relieved no one knows or cares who he is, but his arrival has attracted the attention of local wolf pack leader Connor (Jason Mamoa: Game of Thrones 2012, Debug 2014). 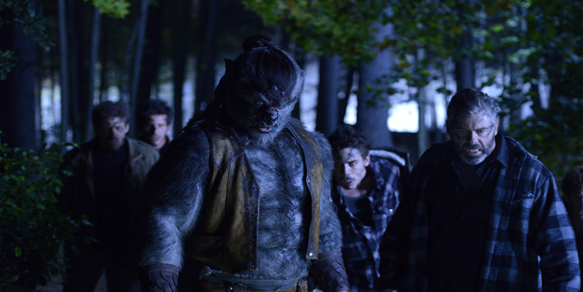 Cayden finds it difficult to keep his past hidden and stay out of the way of Connor and his gang, all the while fighting his attraction to Angel. Cayden realises he has found much more than he bargained for at Lupine Range, but it is going to come at a grave cost. When John and Cara see TV news reports about his dead parents and a few other victims, Cayden begins to think he will have to give up his new life and go on the run. There are a few more surprises in store for Cayden as he discovers he has deep links to the past in Lupine Ridge and all the answers he seeks, and more, are there. Cayden goes through the usual turbulence and troubles of a young man, but he has the added complication of being one of the last remaining werewolves in a long line. The wolf pack has the town living in fear and his presence only accelerates their violent behaviour. Cayden has to fight for his life and for those he has come to care about. Will he be strong enough to fight through the pain to survive?

Packed full of action, Wolves is silent but deadly, splashed with blood, gore, and the tearing of limbs. There is also comedic scenes that break up the dark intensity of the movie and show other sides of the characters. Though it is heavy on the action, none of the plot has been sacrificed for it and makes for great storytelling. The special effects are undeniably seamless and rather than the now standard werewolf who is all wolf, Wolves brings the old Wolfman into the modern day and it adds a lot more personality to the creatures. The quality of the plot helps propel the story forward and the final battle is nothing short of epic. 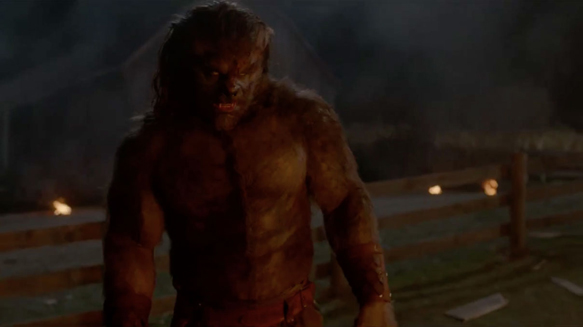 Perhaps we should spare a thought for the poor soul that will arrive at the woods after the final showdown and is met by all the decomposing body parts and lakes of blood. Wolves is incredibly acted and stars a combination of veteran and up-and-rising actors. In particular Lucas Till, who plays Cayden, has already had quite a successful career for someone so young. From the beginning right to the end, the viewer will find themselves on the edge of their seats. The ending leaves it open for a sequel and the viewer will be eagerly awaiting its release. CrypticRock gives Wolves 5 out of 5 stars. 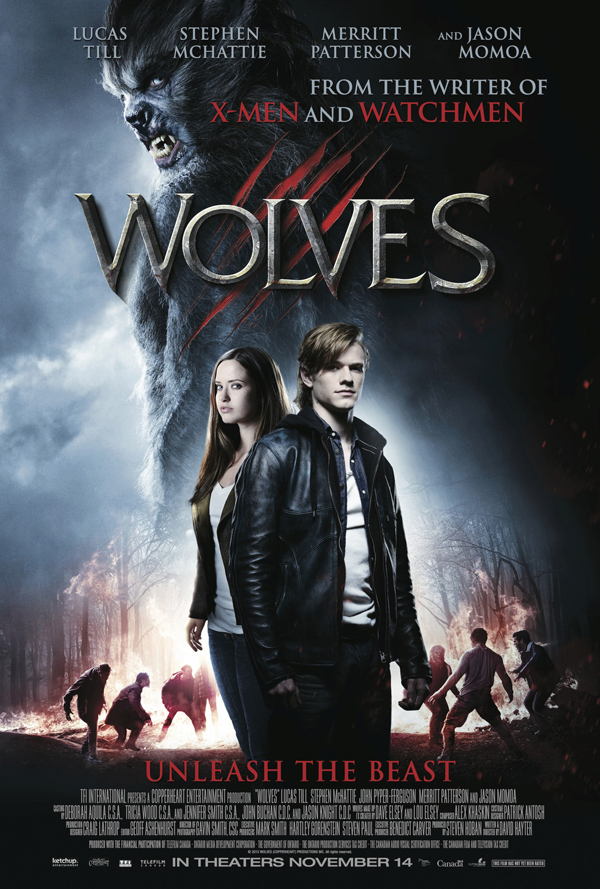