A founding member of the Justice League, demigoddess, and Ambassador-at-Large of the Amazonian people, DC Comics’ Wonder Woman is iconic. First appearing in print back in 1941, Wonder Woman became the model for a female superhero for decades to come. Then, appearing on television in the 1970s, fans grew up watching Lynda Carter portray the character and adoring her. Leaving some to wonder, no pun intended, why not make a full-length feature centered around the super lady? Well, on June 2, 2017, she finally receives the spotlight with the release of the highly anticipated Wonder Woman. 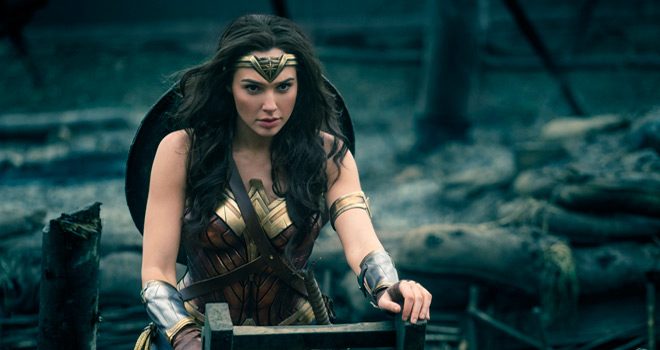 Distributed via Warner Bros., the final idea of a Wonder Woman movie did not come until DC planned a whole lineup of upcoming DC movies in recent years, including her first appearance in 2016’s Batman v Superman: Dawn of Justice. Directed by Patty Jenkins, known for 2003’s Monster, Wonder Woman has already made in into DC Films history books, earning biggest domestic opening of all-time for a female director, becoming the biggest DC Comics release without Batman or Superman, and being the biggest debut ever for this first weekend-in-June slot. Just a few of the landmarks it has achieved thus far, the truth is, is it all hype, or is Wonder Woman worth its weight in gold?

Set in present Paris, Diana Prince (Gal Gadot: Batman v Superman: Dawn of Justice 2016, Keeping up with the Joneses 2016) receives a photograph of her during World War I by Bruce Wayne and flashes back to the past. For those who do not know the backstory, Diana was born and raised in Themyscira and determined to become a mighty Amazonian warrior. Her mother, Queen Hippolyta (Connie Nielsen: Gladiator 2000, One Hour Photo 2003) told her she was created from clay and brought to life by her father Zeus. During her parents’ era, the god of war Ares corrupted the world, enslaved mankind, and slaughtered family and children. Zeus managed to defeat Ares, but died in the process.

Before dying, Zeus leaves behind a sword for the Amazons that is capable of killing Ares if he ever comes back. Hippolyta reassures that Ares will never come back and tells her there is no need to be trained for combat, but despite what has been told to Diana, she still disobeys her mother and trains with Hippolyta’s sister, Antiope (Robin Wright: Forrest Gump 1994, House of Cards series). Diana is caught; however, Hippolyta allows the training to continue for many years to come. 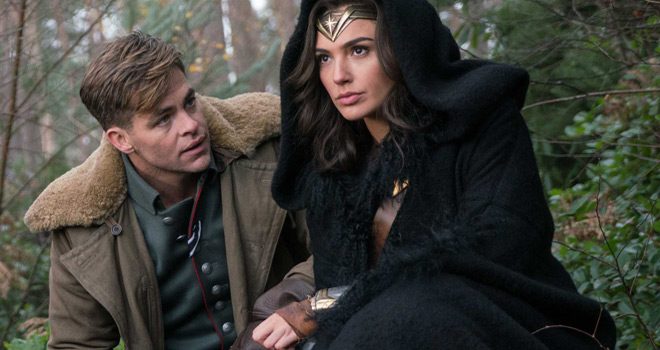 Diana comes across a pilot, Steve Trevor (Chris Pine: Star Trek 2009, Rise of the Guardians 2012), that crashes off the coast of Themyscira. Being pursued by Germans, a war takes place between the Germans and Amazons. Antiope dies during a gunfight as she sacrificed herself for Diana. Steve is soon captured by the Amazons after defeating the Germans and reveals that a war is being fought and is an allied spy. He stole a notebook from a German Scientist, Doctor Maru (Elena Anaya: Van Helsing 2004, Swung 2015), who is researching and wanting to create a deadly mustard gas under General Erich Ludendorff (Danny Huston: The Aviator 2004, American Horror Story series). Believing Ares is responsible for the war, Diana arms herself with the ceremonial sword and shield and leaves with Steve to go end the war.

Arriving in London, Steve delivers the notebook to his superiors at the Imperial War Cabinet, Sir Patrick Morgan (David Thewlis: Naked 1993, Fargo series). Believing Ludendorff will use the gas to end wars of all wars, Steve is accompanied and gathers his crew including spy Sameer, marksman Charlie, and a smuggler Chief. The group arrives at the enemy trenches and is surrounded by Germans. Diana pushes through, rallying the allied forces to liberate a village. Victorious, the village celebrates as Steve and Diana grow close to one another. 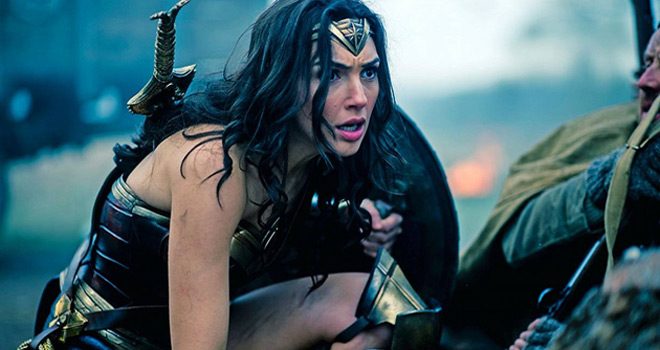 Receiving intel that General Ludendorff is attending a Gala, the team infiltrates the event and tries to follow him to the weaponry storage. Diana believes that the general is Ares and the war will end once he is killed; she attempts to, but is stopped by Steve quickly. Sadly, the gas is used to kill the entire village as Diana grieves and blames Steve for allowing the events to occur. Telling him to go way, she pursues the general herself and finally ends the war. Will she prevail in protecting all of mankind?

Being the first Wonder Woman film, in nearly two and half hours, the film concentrates heavily on the origins of Diana Prince. While some may think this could be a bit long and drawn out, it is necessary to build-up the story. That said, the film is well written, touching on few themes of war and mankind. Gal Gadot gives an ambitious performance portraying Wonder Woman which is full of heart, excitement, and character. Beyond that, Wonder Woman is such an inspiring film for all, especially in empowering the female spirit. Dazzling, powerful, and wondrous beginning to end, Wonder Woman is a must see for any comic fan and a bright moment for DC Films. CrypticRock gives Wonder Woman 4 out of 5 stars. 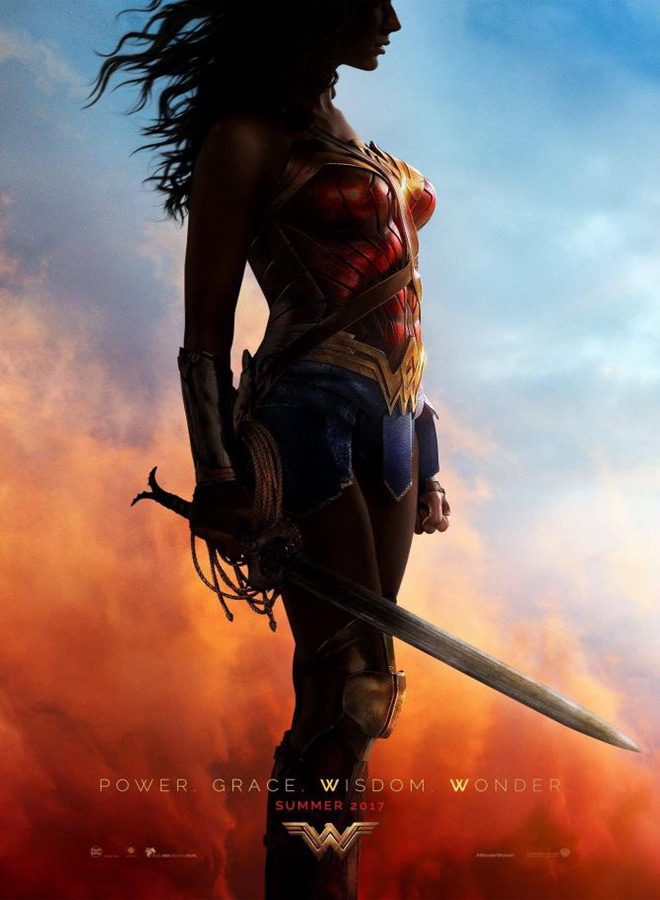