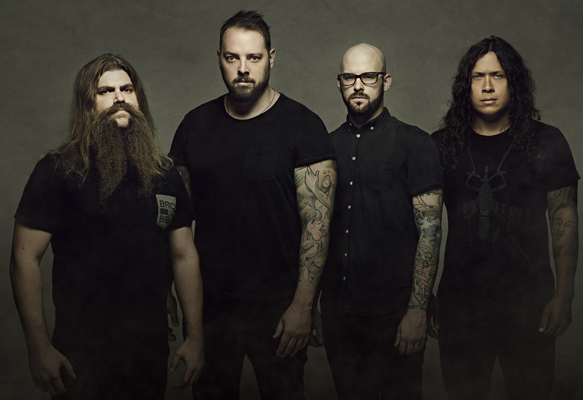 Metal supergroup Wovenwar was created from the ashes of As I Lay Dying with Nick Hipa (guitar), Josh Gilbert (bass), and Jordan Mancino (drums) joining forces with ex-Oh, Sleeper Vocalist Shane Blay. Created in 2013, Wovenwar released their self-titled, debut album on August 5, 2014 through Metal Blade Records. Now, two years later, the band is back with new tunes and a new message. If the first album was just an introduction for them to the world, consider their latest release, Honor Is Dead, to be a formal first date, and these guys set out to impress.

Opening with “Confession,” Honor Is Dead gets off to an exciting start with its shifting intensity. Moving almost effortlessly through high speed riffs and screams to smooth melodies and cleans, “Confession” has enough twists and turns to grab and keep the listener’s ear. Title track “Honor Is Dead” begins ominously before erupting into a primal scream, continuing the eerie path on which it began. There is something intriguing, mysterious, and captivating about this song as it winds its way through a variety of sonic pathways. It hearkens back to the work found on their self-titled debut wherein they used melodic Metal elements with heavy percussion and Blay’s cleans to create a whirlwind of sound. There is a rush that comes from the string play of Hipa alongside Gilbert’s bass and Mancino’s drums.

While it is apparent Wovenwar is attempting to outstretch their musical reach, Honor Is Dead is not such a departure from the style and drama that first drew fans to them. The same flair and flourishes are present, but the development of those skills is much more finely tuned. There is some experimentation with new layerings of sound and some playing with the dynamics of Blay’s voice. There is also a noticeable change in the ardency of their message and the passion of their performing. There is much more receptible emotion here, and that alone is an adventure worth exploring on this record. “World On Fire” is a great example of this exploration in message and ferocity.

“Compass” brings on the softer side of Wovenwar with its somber tune and message of seeking help and guidance when one’s self is lost and listless. Blay and Gilbert’s lamenting about “waiting for a break in the storm” lends itself back to “The Tempest” from their first album, where “the tempest” is the storm, and here we find the character waiting for the storm to pass to find their way home. The storm could be anything that blocks your ability of finding where one belongs or to finding one’s self. Wovenwar does great justice to this sentiment in “Compass.” Following that is “Stone Thrown” with its hard, heavy, and unrelenting sonic aggression. It is a confrontational, bass-leadened ride that never really stops being in your face and likely to stimulate its fair share of mosh pits. “Cascade” follows with similar ferocity, but broken up with intermittent moments of ease and stirring stringwork from Hipa.

“Silhouette” is the kind of song that makes people fall in love, not just with the band, but in general. It is an emotional ballad about a relationship that could be perfect if only both sides would allow themselves to be loved. In this case, from Blay’s perspective, it would be the woman of the story who is hiding in shadows and her darkness, or “silhouette,” rather than accepting the support that awaits her. In a really beautiful display, the lyrics speak of letting your guard down and offering “You can find me waiting when you’re ready.” It is compelling, heartrending, with a touch of ethereal, and a total surprise on this album, but an incredible one.

Closing things out on Honor Is Dead is “130” with its fervid percussion and sharp chords. It is a headbanging journey of massive proportions and is hard driven from beginning to end. On this track, Blay gets to transition continuously from verse to chorus between his screams and cleans, yet never seems to lose consistency. Honor Is Dead may address the issues of the modern world and selfishness that exists within, but the album works feverishly to honor not only the concept, but the listener. With impressive dynamics, mesmerizing moments of technical skill, and vocal tenacity that is unwavering, Wovenwar have created an album just as stirring and praise-worthy as their first, if not moreso. CrypticRock gives Honor Is Dead 4.5 out of 5 stars. 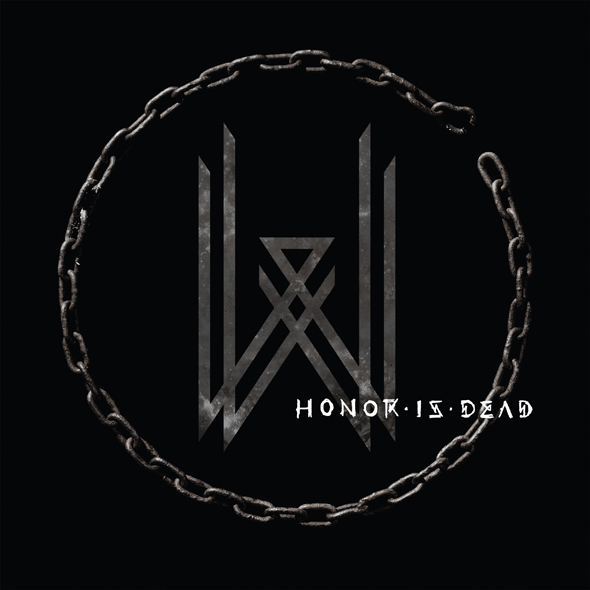