Joining 2006’s Wrestlemaniac and 2014’s Pro-Wrestlers Vs Zombies in the odd wrestling Horror genre comes WrestleMassacre. It originally cropped up for special screenings back in 2018, but it will now be available for all to see on DVD and digital platforms on Tuesday, June 16, 2020 via Wild Eye Releasing.

The film tells the story of an awkward groundskeeper called Randy (Richie Acevedo: Bigfoot! 2019, The Zombie Club 2019). Obsessed with professional wrestling, he has dreams of being a superstar in the ring. However, all his attempts to enter the grappling world get met with humiliation and shame. Things turn deadly when he tries out for a local wrestling school and gets another brutal shaming. 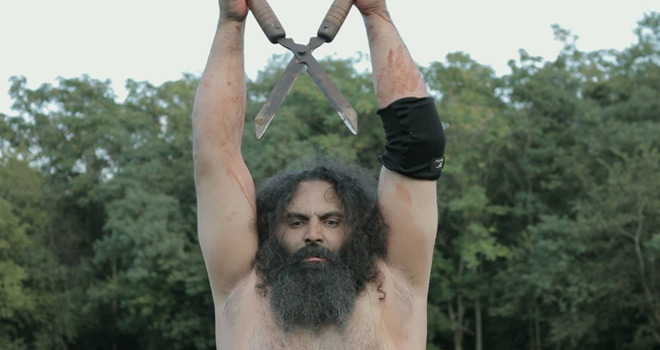 Driven over the edge, he dons some wrestling spandex and goes to satiate his bloodlust, taking ‘trophies’ from his victims to turn into a championship belt. The only hope the survivors have left is for Becky (Rosanna Nelson: MILFs Vs Zombies 2015, Killer Campout 2017), the only person who was kind to Randy, to try and tame the savage beast he has become.

The film was directed by Brad Twigg (Grindsploitation 2: The Lost Reels 2016, Trashsploitation 2018), who also wrote the story alongside Matthew L. Furman (Harvest of Horrors 2020, Remnants 2020), with additional material from Nelson and co-star Julio Bana Fernandez (Love Different 2016, Boob Operator 2018). But is it a summer slam or a sub-par slam?

Wrestling fans might get a kick from seeing the likes of former WWE wrestlers Tony Atlas and Rene Dupree on-screen. They might even catch ECW alumnus Jim ‘The Sandman’ Fullington and former TNA/Impact wrestler Jessica ‘ODB’ Kresa popping up here and there. But the sharpest eyes and ears might catch that a lot of the characters, if not all of them, are named after famous wrestlers past and present. Most of the time, they would only be noticeable to the biggest wrestling fans, but when one sees ‘Mr Hogan’- complete with handlebar mustache and bandanna- next to a guy called ‘Andre’, it does get one putting 2 and 2 together. 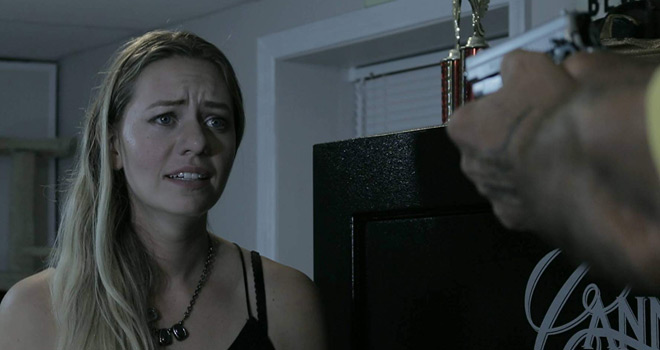 As for everyone else, it might not be a surprise that a film from the guys behind the Grindsploitation sequels missed out at the Academy Awards. Especially when it opens with a naked woman and a clothed man getting chased through the woods with dirt-cheap credit overlaying the scenes. The film’s agenda has blood, boobs, violence, and cheesy references on the agenda, and there was not room left for high-end drama and Royal Shakespeare Company-quality acting. Not that anyone was expecting Dame Judi Dench to appear in a horror film about wrestling.

Still, that does not mean it is bad just because of that. There is always a place for a good, cheap, and cheesy exploitation flick. This film has the cheap, and it has the cheesy. Sometimes it is in the direction, like Randy looking at a television that is supposedly off-screen before it cuts to soap opera parodies and wrestling school adverts. It is definitely in the acting, particularly when the wooden Acevedo is put with someone going for the full Gruyère like Fernandez. Which might be fitting as the dialogue is corny and the gentle-misfit-turned-killer story is a horror staple likely as old as the genre itself.

Yet this cinematic cheddar has charm behind it. The scenery-chewing jerks are played in a way that makes them both entertaining and deserving a kicking. Likewise, it makes Acevedo’s otherwise blank canvas in Randy look like a sympathetic sad sack. At least until he starts killing people, which delivers the requisite amount of blood and grisly injuries. Some of it is less than convincing, with just a few splatters of fake blood here and there. But most of the kills make the grade thanks to some convincing stunt work and makeup effects (death by weed whacker!). 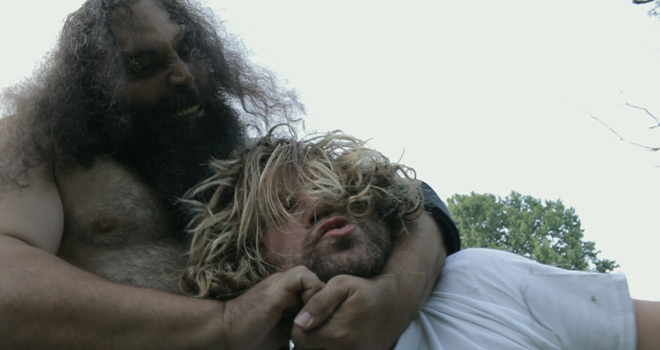 If those are the pros, what are the cons? Dodgy makeup, lack of audio, odd shots, etc, seem as part of the parcel as anything else. For instance, Fernandez and Atlas visibly corpse when the former’s character gets caught by debt collectors. Why was it left in? Because it is still funny and entertaining. Unlike the parts where the film tries to do drama and character development straight. Without the crazy acting and dialogue, these scenes are just a showcase of bad acting. The film stops rather than ends too, being a leftover hook to the otherwise unconnected intro.

So, is WrestleMassacre worth watching? The camera work is wonky, the acting ranges from bad to cheesy, with equally cheesy dialogue being read out. Pro-wrestling fans might like the cameos and references, though not much else. Unless they also happen to be fans of exploitation cinema. Then they will see the charm in the entertaining-if-hammy performances, the funny line exchanges, and the inventive, bloody kills from Randy’s rampage.

Strict film fans can shave a star off, while eager genre fans can add one. But with everything considered, Cryptic Rock gives this film 3 out of 5 stars. 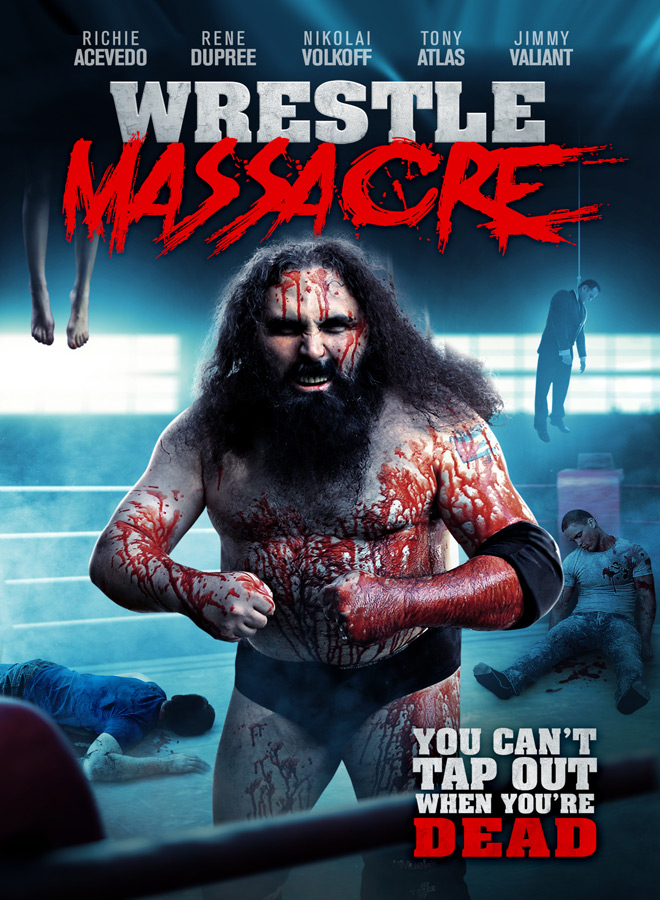