A blood-soaked, topless blonde stumbles onto the screen only to scream “What the f*ck?” So begins the new Horror/Slasher film offering from Midnight Releasing, entitled WTF!, which became available on all major VOD platforms – with a DVD available exclusively via Amazon MOD – as of August 1, 2017. 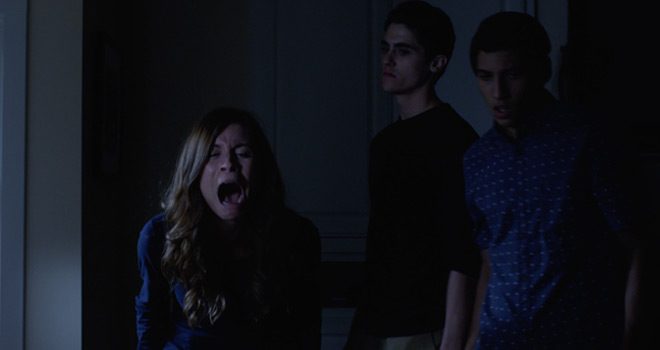 As the group begin to cement their plans for a trip to Jacob’s uncle’s cabin in the woods, rumors leak that Rachel has previously – three years earlier – suffered a traumatic incident that has left her psychologically, how shall we say, bruised; with her friends fearing things like lack of WiFi and shopping malls, Rachel fears a Spring Breakdown in the woods. With the cars packed and the friends hitting the road, their first stop will be a dingy motel where two of the guys cross genitals with two $20 hookers. Next stop will be a hole-in-the-wall gas station, where an elder attendant forewarns the group against going out to the secluded cabin. 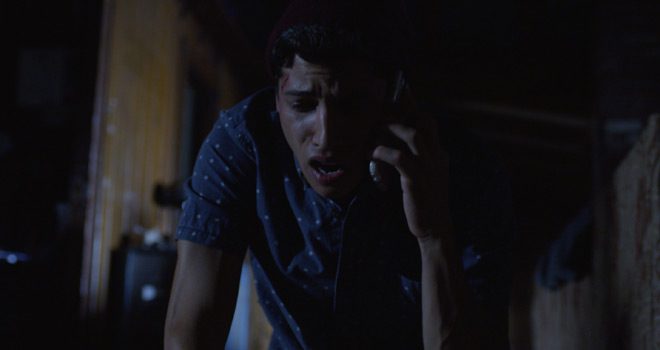 However, when bimbo Bonnie steps on a seemingly strategically placed nail beside the pool, the tension begins to mount. Shortly thereafter, she discovers Bevan dead on the couch from a slow-mo throat-slitting. His body disappears amidst an electrical failure, the friends devolve into arguing – and as their already tenuous loyalties begin to unravel – the group members are picked off one by one by a psychotic killer lurking amongst the shadows.

A feature-length directorial debut for Peter Herro, WTF! clocks in at 80-minutes and should be considered rated a hard R for gore, sexual situations, nudity, and Black humor. Clearly this is a film that is geared at the 17-24 set, and there is even a cameo from social media maven Perez Hilton to cement this fact. If you require more convincing, there is the lingo here: words like “Brohemians” and some talk of the anus being Jesus’ favorite hole. Oh yes! Check your intelligence at the door, folks! 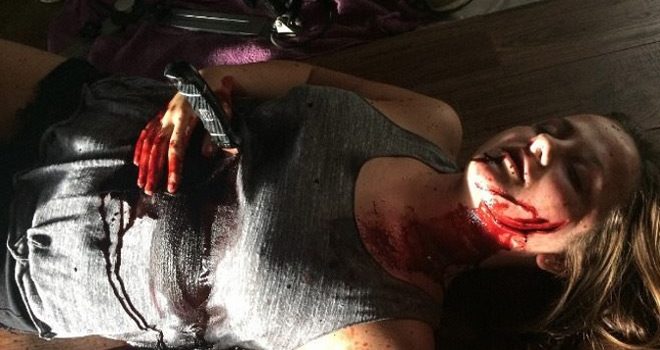 Written by Herro, Adam Buchalter, and Christopher Lawrence Centanni, WTF!’s plot contains more holes than Swiss cheese and the acting from the ensemble cast is not much better. While there is a twist ending, it does not save the damage done by schlocky, forced dialogue, and some seriously low-brow humor (“My balls are like f*cking Smurfs right now!” being one of several gems). Again, this is a film that is geared at the “New Adult” set, clearly meant to entertain a group who are mirroring the film’s characters and hanging out with recreational party favors and VOD.

WTF! succeeds with an opening credit sequence that is done like a crime scene investigation, artistically intriguing and a truly fun approach to a normally boring credit presentation. Ditto the closing comic book storyboard sequence that is not just creatively genius, but also fleshes out the plot and continues the story. Sandwiched between, the bulk of the film is watchable if trite and utterly predictable.

All that said, to its credit, WTF! is a fast-moving film that never lags, and what it lacks in originality it makes up for in its gory good times. For these reasons, CrypticRock give WTF! 3 of 5 stars. 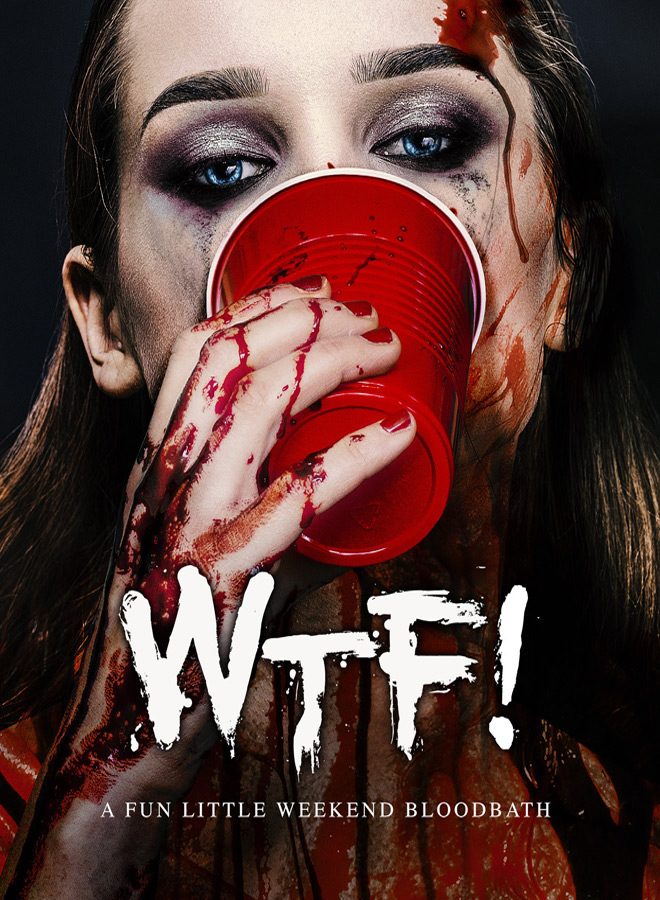