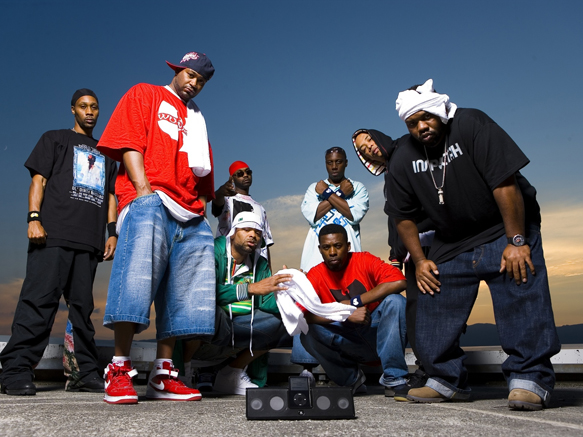 The music scene was rocked off its heels in November of 1993 with the release of Enter the Wu-Tang:  36 Chambers, the now-classic debut album from the legendary Wu-Tang Clan.  In a world dominated by Gangsta Rap, Enter the Wu-Tang:  36 Chambers was a refreshing change of pace and introduced the world to The RZA, Method Man, Raekwon, Ghostface Killa, The Ol’ Dirty Bastard, GZA, Inspectah Deck, U-God, and Masta Killa, the Staten Island crew known as the Wu-Tang Clan.  Each member brought their own style and flow to the game, and it was all blended seamlessly by RZA’s brilliant and offbeat production.

Also unique about the Wu-Tang Clan was their record deal.  Unlike any other Rap group at the time, each member was permitted to record solo records with any label he chose.  They did just that, with each member of the Wu achieving varied degrees of success and critical acclaim as a solo artist.  Wu-Tang Clan even launched a successful clothing line that was the catalyst for numerous Hip-Hop inspired ventures by other artists, namely Puff Daddy and Jay-Z.

Throughout their individual successes, RZA has been able to occasionally reunite the crew for another Wu-Tang album.  However, the delay between albums has increased with each release, along with the tension between Wu members and their de facto leader, The RZA.  Seven years since the release of 8 Diagrams, the Wu-Tang Clan have released their final album A Better Tomorrow.

That A Better Tomorrow was even made is a miracle, in itself.  Initially hinted at by Raekwon in a 2011 interview, the album has had a tumultuous path to existence.  Wu members were split on whether or not it would ever happen, and if they would participate if it did.  The tension culminated in a very public, months-long debate between The RZA and Raekwon regarding the direction of the album.  With a mutual agreement reached between the two, the debate was squashed and A Better Tomorrow was finally a go.  Intended as a 20th anniversary commemoration of 36 Chambers, the album arrived one year and one month late.

As the opening notes emerge from the speaker, there is a familiar feeling about this album… and then there he is, The ODB!  With that weird and wonderful energy of his announcing the presence of the Wu-Tang, it feels as if an old friend has come over to visit for an hour or so.  Everything about A Better Tomorrow is a reference to classic Wu-Tang Clan, especially Enter the Wu-Tang:  36 Chambers.  Even the title of the album is an allusion to a Jon Woo film.  To end the show, The Wu-Tang Clan is taking it back to where it all began.

The album’s opener and third single “Ruckus in B Minor” (a throwback to the title of the first song on the first Wu album) is exactly what Wu fans have been waiting seven years for.  With all nine members and even the deceased ODB contributing, The Wu-Tang Clan re-establish themselves as a premier force in Hip-Hop immediately.

That hard-pounding energy continues through the first third of the album with tracks like “Mistaken Identity” and “Hold the Heater.”  “40th Street Black/We Will Fight” unleashes that involuntary head nod that only the best bass lines can induce.  The RZA takes A Better Tomorrow on an interesting path, with most of the hard and heavy songs at the front and a more nuanced, funky take as the album progresses.  “Keep Watch,” infused with a deep Soul vibe, will cause its own bouts of grooving, but in a different manner than the aforementioned “40th Street.”  The latter part of the album is saturated with R&B and Soul influences and proves that the Wu can still knock you on your ass without having to punch you in the face.  “Pioneer the Frontier” and “Necklace,” however, bring back that fierce and ominous vibe from earlier in the album.

RZA’s production on A Better Tomorrow is classic Wu-Tang Clan sound.  Complete with the kung-fu movie samples and sound effects the Wu is known for, he combines it with an eerie and hard-hitting soundscape to complete the tapestry that is often reminiscent of his work on the magnificent Ghost Dog soundtrack.  Initially written entirely on guitar, RZA brings his whole bag of tricks to The Wu’s grand finale.

While Enter the Wu-Tang:  36 Chambers was a flawless debut, A Better Tomorrow comes far from reaching that level of perfection.  The Wu-Tang Clan has always had a little bit of an odd aspect to them, and, for some, that can be hard to get into.  “Miracles” and “Preacher’s Daughter” are hiccups in the middle of the album that are hard to wrap one’s head around.  While the verses are good, both songs revolve around hooks that border on cheesy and corny.  Fans of the heavier parts of the album will skip past these two often.

For casual Wu-Tang fans and fans of Enter the Wu Tang:  36 Chambers, A Better Tomorrow is a perfect example of what made The Wu-Tang Clan so beloved to so many:  interesting and unique flows combined by clever verses, all wrapped in The RZA’s perfect blend of beats, sounds, samples, and music.  Hard-core fans looking for a Wu-Tang sendoff as influential as their debut will be disappointed, however.  While Enter the Wu-Tang:  36 Chambers changed the face of music, and Hip-Hop especially, A Better Tomorrow contains nothing that could be considered “groundbreaking.”  That, however, is more of a testament to The Wu-Tang Clan’s legacy of influence than a criticism on their lack of ingenuity. In the twenty-one years since the release of Enter the Wu-Tang:  36 Chambers, its influence can still be seen throughout the music world.  That is a very difficult standard to live up to.  CrypticRock gives The Wu-Tang Clan’s A Better Tomorrow 4 stars out of 5. 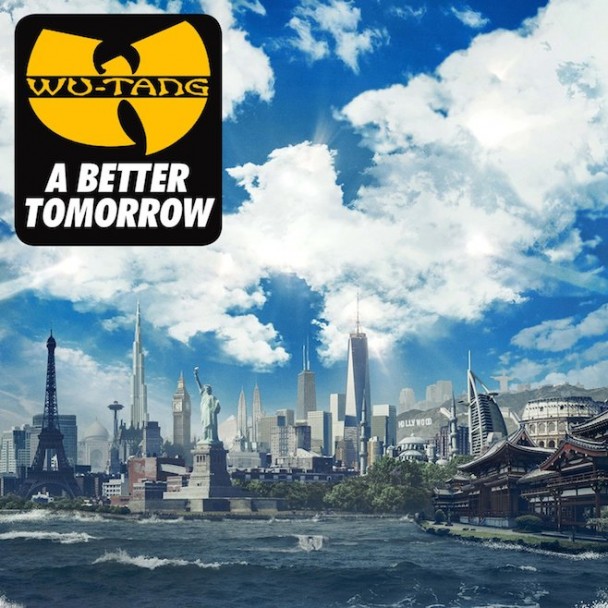