Billed carefully as simply Wu-Tang, reflecting the fact that U-God is still estranged from the bulk of the Wu-Tang Clan over rights and royalties, latest release The Saga Continues quickly makes the authorship distinction unnecessary, as the album rolls more like a compilation of Wu-Tang Clan member appearances than an album recorded by an actual group. Even considering the already disjointed standard set by an outfit of ten-plus members, the tracks of The Saga Continues lack a solid connecting narrative. Released on Friday, October 13, 2017 via eONE, appearances by countless guests give an idea of how unstructured and shuffled this disc rolls off the tongue.

Wasting little time, the group starts with a namedrop for notorious superfan Martin Shkreli within “Lesson Learn’d” before longtime collaborator Mathematics takes his place behind the board and the beats, setting a steady 1970s vibe of glitz, glamor, and gilded ambiance that juxtaposes well with rough rhymes and tighter vocals. “If Time Is Money” is a good example of this mix, when it works; the funky beat could easily be the background of a loose art film, and the harsh vocals of Method Man, at his best here, give girt and credibility, making the track one of the album’s strongest.

Then there is “Fast and Furious,” which seems to list a bit before the familiar cadence of Raekwon steers the track back to straight. “Pearl Harbor” fancies a slow beat that never moves anywhere; not even the recently departed Price can save the rhymes laid down by Ghostface Killah, which is a bit of a waste of the latter’s normally strong talent. The recycled reference to “Triumph” decades (and lifetimes) ago serves no one, and the stuttering verse similarly does no favors.

Moving along, “Frozen” has an odd cadence and awkward verse, a combination not even Method Man can save, and the track is something of a watershed moment where the album moves from shades of coagulation into a shiftless unconnected mess in its second act. “People Say” roars back as another contender for strongest track, with Method Man and guest Redman demonstrating their post-Wu familiarity; it is no wonder the song was picked for an early single.

Furthermore, “Why Why Why” finds a gruffy RZA still holding court as if this were the nineties, almost to the point of exhaustion – not from overwork, nor age, but from the endless social struggle he still finds himself facing, a theme that starts the album under “Lesson Learn’d.” GZA appears sparsely, appearing only on “If What You Say Is True” and even there limiting himself to a handful of verses. On the other hand, stalwarts Method Man, Raekwon, and RZA are all over this album, though they never sound like a cohesive unit.

Split evenly between full songs and short interludes, The Saga Continues never seems to flow between tracks. That said, there are plenty of great beats and even greater verses on here, but none of the songs seem to hit on both chords. The Wu-Tang Clan all but cemented their legacy with 8 Diagrams, and seemed poised to retire as a collective unit. More recently, with 2014’s A Better Tomorrow, the idea of a collective voice started to seem distant. Now, with The Saga Continues, the outfit may have shifted to simply being a sum of their parts. For these reasons, CrypticRock gives The Saga Continues 3 out of 5 stars. 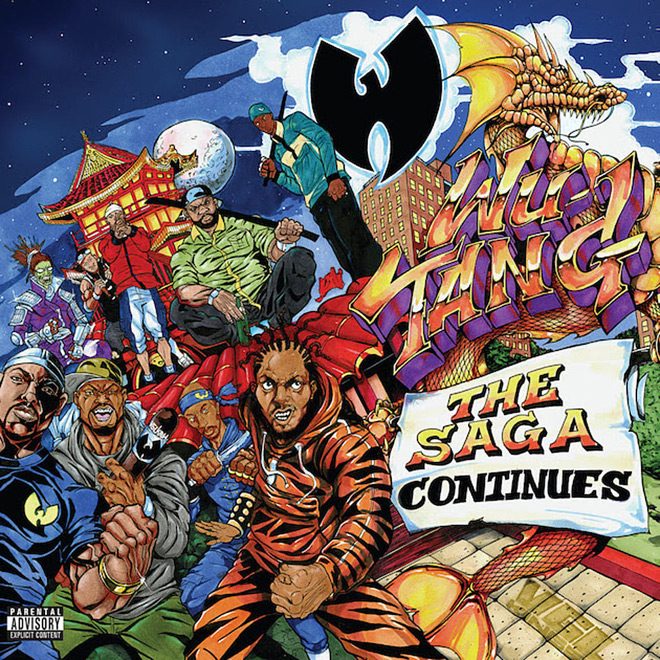 Mogwai – The Love Continues (Album Review) You Me At Six – Suckapunch (Album Review)
Like the in-depth, diverse coverage of Cryptic Rock? Help us in support to keep the magazine going strong for years to come with a small donation.