Wyclef Jean – Carnival III: The Fall and Rise of a Refugee (Album Review) 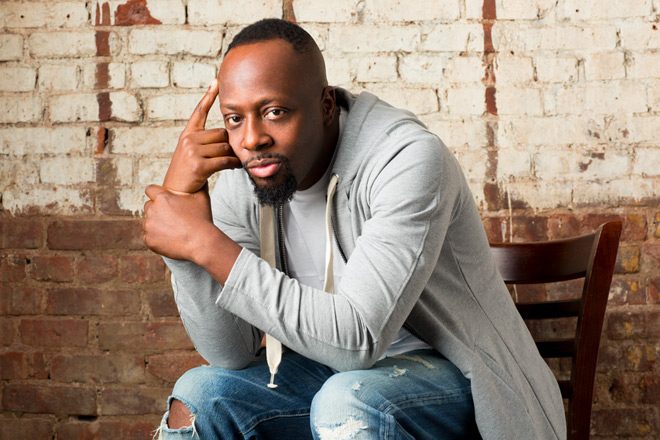 Spawn seed of the International sensational Hip Hop/R&B trio known as Fugees, Wyclef Jean is back with his brand new album Carnival III: The Fall and Rise of a Refugee. An original member of Fugees, the same group which brought listeners the melodic and inspirational tunes from Lauryn Hill, Jean not only displayed his creative talents as a producer, providing Fugees their unique sound, he also took every opportunity possible to display himself as a lyricist.

So let us examine the career of the multi-talented a little further. Over the years, Jean has ventured out to explore many avenues of expressing his creative abilities in the music industry and even branched out to run as president of his homeland Haiti. He has done it all, from producing multi-platinum selling music groups, to launching the careers of other well known musical talents, to be a part of a collection of features which can be dubbed classics.

Opening the new album is the jump off song “Slums,” which speaks to Jean’s affinity to his native land and countrymen – the culture which spawned such nationalistic and ethnic groups known as Shottas, Zoe’s, and Refuges. In this song, Jean’s lyrics touch on points such as him cutting his dreads which generally signifies the struggle which islanders from Haiti, Jamaica, and Trinidad have endured over the years. Accompanied by the melodic voice of Jazzy Amra in the chorus, it stresses the need to stop selling drugs, stop killing one another, and raise themselves from the ghetto slums, not just metaphorically, it can be presumed that the song is speaking literally, physically, and psychologically.

Next comes “Turn Me Good,” a track with a more R&B feel with a touch of Reggae Patois slang feel. Here, Jean speaks about getting to Zion, the mythological equivalent to heaven for those island cultures in the Atlantic. Channeling his inner Bob Marley, Jean is able to talk about making love and shooting to kill in the same breath with little loss of the mood as well as intensity. Another mellow ballad, “Borrowed Time” is accentuated by Jean’s piano playing abilities. Lyrically, it speaks of times here on Earth. Even though times are troubling, Jean drives home the message that these are the days of our lives and though we may suffer in our own ways the struggle is temporary since we are all living on borrowed time. An attempt to sell unity and sticking together as a race, Jean does a decent job turning a slow piece into a conscious Hip Hop worthy song.

Now, have you ever listened to a song which the title of the song revealed no indication as to what to expect? Well, this is exactly what “Fela Kuti” will do to you unless you have some insight into the mind of the artist or speak the language which is being expressed. Maybe most Haitians know who Fela Kuti is, but for those of us who are not so in the know, the song title does little to hint what listeners are getting into. Despite the mystery around the name Fela Kuti, the track actually has a familiar Jean sound with the arrangement of instruments which give the sense of a celebration or party, complemented by the lyrics that “Everyone is a superstar and we came to party.”

Moving on, there is “Warrior” featuring T-Baby, a track which displays Jean’s storytelling abilities. Highlighting the experiences most of us may have encountered as youths, growing up where bullying and judgement was at it highest, it appears that the moral of the message is to inspire and motivate the youth that they are able and have the warrior spirit in them. Next, “Shotta Boys,” featuring Stix, is a song which can reference back to slums, once again giving a graphical, artistic walk through the culture of the Jamaican and Haitian gang members, drug dealers, and criminals. Still highly regarded as the ideal lifestyle for many young men growing up in the heinous conditions, Jean lyrically shows he is able to remain current by displaying his insight into what is relevant in the music industry at this time.

More than half way through the album, “Double Dutch,” with Eric Nimmer and D.L. Hughley, while running from the Five O, it seems to be an insight to Jean’s political/personal views on the light of the incidents which have spawned the movement Black Lives Matter. Here he touches on his own personal experiences with police and how his perception prior to personally dealing with the police was one of a very nationalist stance as he admits to tweeting out the “All Lives Matter,” but has come to understand, which are expressed in the lyrics of this song, that some lives are simply under attack.

Lifting the mood, “What Happened to Love” is a more up-tempo Dance song where the arrangement highlights amazing bass, drumming, and guitar work. Jean tops it off with an R&B chorus which give listeners an R. Kelly type fell, as he lyrically speaks about a love interest and how she gave up on love which he is working to relight the flame. Then, “Carry On” is accompanied by Singer-Songwriter Emeli Sande who ignites a duo with Jean, mirroring the feeling of a Sam Cook song. Here Jean displays his singing abilities, never afraid to challenge his range, making it a great addition to mix things up.

With only a few more songs remaining, “Concrete Rose,” with Hannah Eggen and Izolan, was most recently taken from the late and great Tupac Shakur, aka Makaveli, poem, song, and even a Documentary named Concrete Rose. Jean gives props to the late artist, but takes a completely different direction with his rendition as he takes the tag line from 1983’s Scarface, “The World Is Yours,” and merges it with a hit single from Petey Pablo “Raise Up.” Here he attempts to lyrically exacerbate his accomplishments and abilities as a rapper. Additionally, the song is given another twist as Izolan blesses the track, rapping in French Creole.

“Trapicabana,” with Teddy Riley, is a play on words. It is apparently Trap fused with I Cabana, offering its own fuse of musical arrangements, mixing a tropical sound with a Salsa/Hip Hop Dance vibe. Lyrically, it does not fuse all the well with the repeated mantra “I ain’t got no regrets as long as I got you, we got next.” Not tributing much to the actual song title, the words appear to be an attempt at the expression of Jean’s feelings and emotions towards a mysterious love interest.

Finally, “Thank God for the Culture,” with Marx Solvila, J’Mika, as well as Leon Lace, is an ethnic story reminiscent of the struggle of the modern times and all those who made contributions. As Jean shouts out those who have made a contribution to the culture, whether musical contributions or the individual becoming a martyr, the tone of the song expresses that Jean’s sentiments and thanks all go to his God. Expressing his deep love and sentiment for his own heritage, the fact that he himself is the son of a preacher solidifies the message that he has not lost sight of where he has come from, nor has his success disillusioned him as to how far he has come.

Overall, Carnival III: The Fall and Rise of a Refugee is a new collection of eardrum pleasantries. The arrangements are easy listening, the lyrics are not too deep or threatening that they would turn anyone off listening to it with their parents or children. That said, they are also not a body of lyrics which could ever be used to argue Wyclef Jean is a great rapper, although he is nothing short of a really good producer and songwriter. He has accomplished a really polished piece of work which can be recommended several times over to those old Hip Hop heads and Refugees fans alike. For these reasons, CrypticRock gives Carnival III: The Fall and Rise of a Refugee 3.5 out 5 stars. 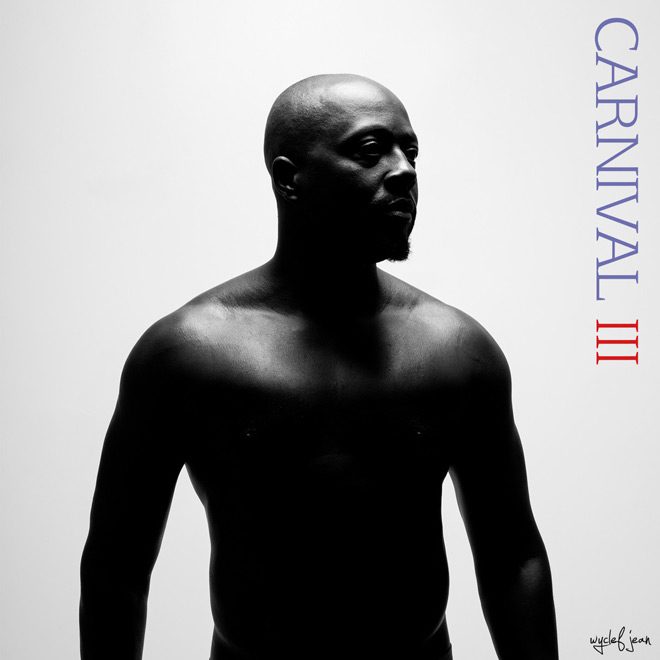 Purchase Carnival III: The Fall and Rise of a Refugee:

Rise Against – Nowhere Generation (Album Review) Motörhead: The Rise of the Loudest Band in the World (Graphic Novel Review)
Like the in-depth, diverse coverage of Cryptic Rock? Help us in support to keep the magazine going strong for years to come with a small donation.