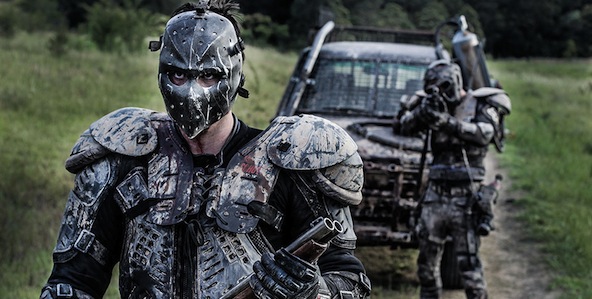 This interesting film focuses on the particular stories of two men, Barry (Jay Gallagher: To Become One 2002, War Games 2009) and Benny (Leon Burchill: Stoned Bros 2009, The Diplomat 2009), who are drawn together by a zombie outbreak. One usual evening, Benny is camping in the forrest with his two brothers. While talking over a campfire, the trio witness a sudden influx of meteor showers that light up the sky. The next morning one of his brothers is dead, and the other is a zombie. Benny must think quickly to save himself. Simultaneously, Barry is woken by his cell phone. His sister, Brooke (Bianca Bradey: Crap Date 2013, Starting From…Now series), is in trouble and needs his help. His wife Annie (Catherine Terracini: Natural Selection 2009, 225 2010) and daughter Meganne (Meganne West: Breathless 2010, Enter the Hamster 2011) are scared by an intruder in their home, and they discover that intruder has also been affected by the zombie virus. Fleeing their home in an attempt to rescue Brooke from a place called Bulla Bulla, they are curtailed by a devastating turn in their journey which sees Barry continue on his own.

Benny and Barry are driven by their individual need to survive, which is where their stories intertwine. Bought together by traumatic recent events, they team together to get to Brooke and find out what the hell is going on. Along the way they meet some unusual characters including Frank (Keith Agius: Mr. Nice Guy 1997, Danny Deckchair 2003) and Kel, who are holed up in a tin shed with a mass of zombies threatening to invade just outside the doors. Banding together, the mishmash group discover a connection between the zombies and an apparent lack of fuel which helps them find a way to keep going; but it is not going to be easy. With the assistance of Kel and Frank’s recently zombified friend Neville, who is tied up in the freezer next to the beer, the team recommence their journey to rescue Brooke, meeting resistance and trouble at every turn. 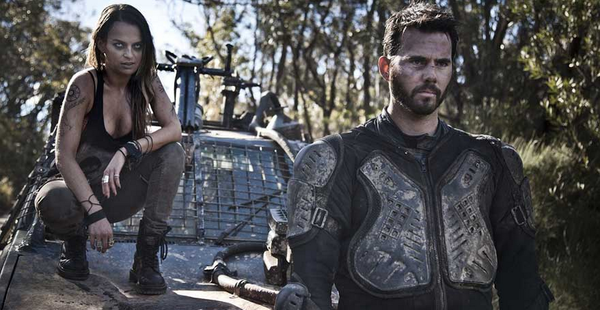 No longer just fighting Zombies, as it appears the military are also involved, and their intentions are not clear. Taken by soldiers, Brooke is being held captive by a mad scientist (Berryn Schwerdt: Mushrooms 1995, After Armageddon 2015) and while she is not infected yet, it is only a matter of time. Brooke has no idea where or what has happened to Barry and is left largely to her own capable devices. One by one, Barry’s new team get picked off by human and nonhuman violent means, leaving Barry and Benny to search for Brooke predominantly on their own. Taking their sarcastic and irreverent senses of humor along with them, Barry and Benny find inner strength they would never have known they had, if their worlds were not turned upside down. Using innovative ways of dispensing with the zombies, Barry and Benny raze their way to Bulla Bulla in a Shauna of The Dead (2004) fashion. Brooke discovers hidden and unexpected talents while being held captive that proves indispensable in her own rescue and possibly the future of mankind. Scene by scene, Barry, Benny, and Brooke’s fates move towards each other like a magnetic force culminating into an explosive outcome. 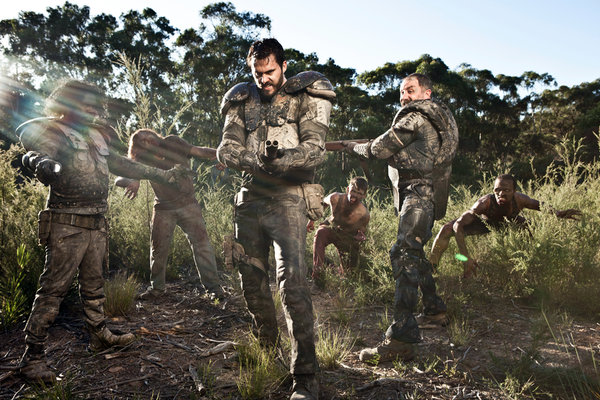 Action packed from beginning to end, filled with tension, and leaving no stone unturned, Wyrmwood: Road of the Dead takes an innovative look at the zombie story, and ups the ante for the next film to come. Filled with dark comedy, gore, and strange characters, Wyrmwood: Road of the Dead blazes its own way into the Horror genre. Splattered with rivers of blood and outstanding special effects, despite this being his debut movie, the cinematography by Tim Nagle expertly maximizes the vast emptiness that encompasses large parts of Australia, while maintaining a creepy atmosphere at no cost to the plot. The storyline is intense, bleak, but full of pleasant and not so pleasant surprises. Each character bellies a depth and complexity that is gradually, yet subtly, shown. Screen Australia and IFC Midnight continue to produce quality Horror films, and with a sequel proposed, Wyrmwood is one movie to watch over and over. CrypticRock gives Wyrmwood: Road of the Dead 5 out of 5 stars. 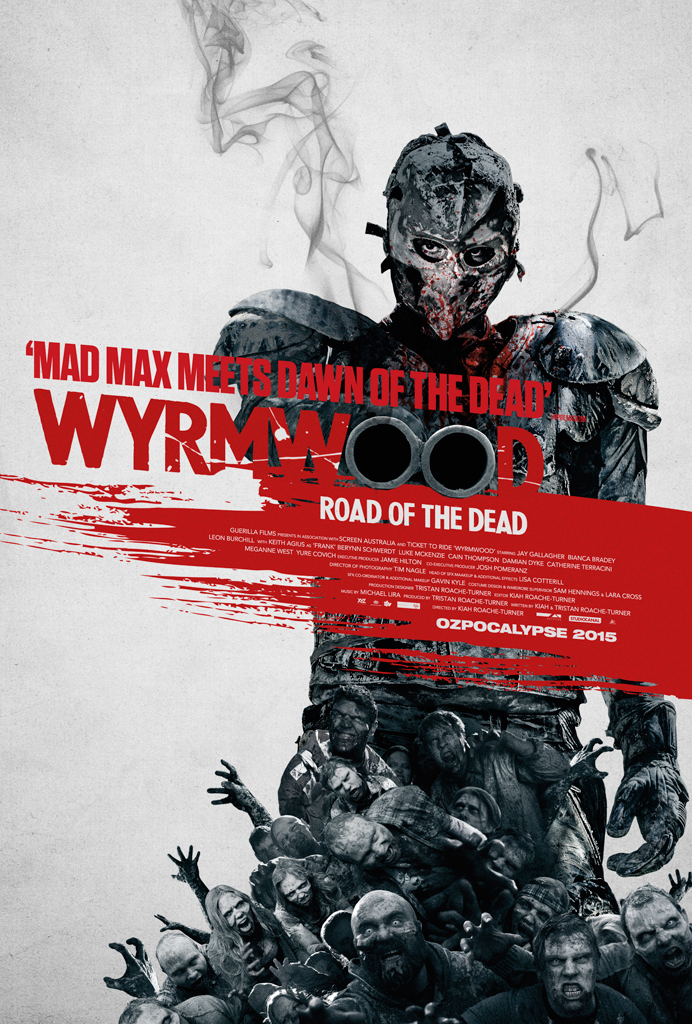 Rent Wyrmwood: Road of the Dead on Amazon