“After Matthew Vaughan left the director’s chair following 2011’s X-Men: First Class, Bryan Singer (Apt Pupil 1998, Trick ‘r Treat 2009) returned to the fold for the first time since 2003’s X2 to create 2014’s generational joining, time hopping epic, Days of Future Past. Two years later, he is back at the helm to finish out this trilogy in the long-running X-Men franchise with X-Men: Apocalypse. Directed and co-produced by Singer, Lauren Shuler Donner (Mr. Mom 1983, Deadpool 2016), Simon Kinberg (Sherlock Holmes 2009, Star Wars: The Force Awakens 2015), and Hutch Parker (The Wolverine 2013, X-Men: Days of Future Past 2014) from a script written by Kinberg, X-Men: Apocalypse hit theaters on May 27th as one of the most anticipated films of the summer. 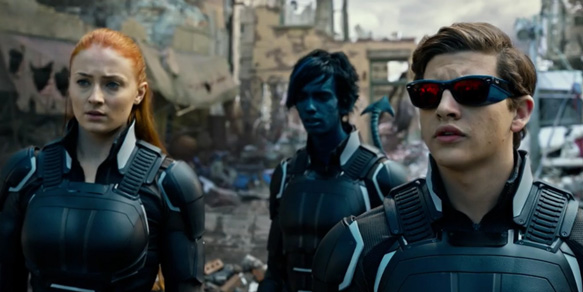 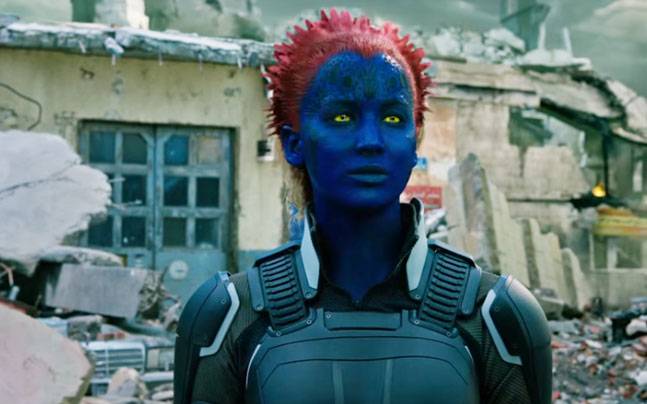 Singer and Kinberg both said Apocalypse was going to be the end of the First Class storyline while being a jumping off point for the next generation of mutants; hence, the casting of  youngsters with little to no acting credits. Given that, they play their characters with enthusiasm while reacquainting old fans with loved mutants and teaching new fans about their origins.  Unfortunately, the character of Jubilee, although essentially an extra in the first three X-Men films with most of her parts left on the editing floor, is grossly underused, relegated to just being a bubbly teen mutant. With her inclusion into Apocalypse, hopefully viewers will see more of her…with powers in the next X-movie or in the Old Man Logan storyline coming in the final Wolverine. The returning actors and actresses slip back into character like they shot the trilogy back-to-back.

The plot clips pretty quickly, getting the audience from ancient Egypt to 1983 civilization in the film’s first ten minutes or so to gather his four horsemen. Like Days of Future Past, Quicksilver has his own sequence, this time set to the Eurythmics’ “Sweet Dreams (Are Made of This)” at the top of the second act. The third act is a real world/astral realm psychological, action-packed, and bloody brutal finale within the PG-13 rating. Despite being completely shot in Canada with the exception of The Englefield House in Berkshire, England serving as the X-Mansion, the locales from ancient to present-day Egypt, to Poland, to the US, look authentic in the global-hopping film. References and specific placement like ‘83’s Return of the Jedi on the marquee of the theater that Jubilee, Nightcrawler, and Cyclops go to, help cement the era. 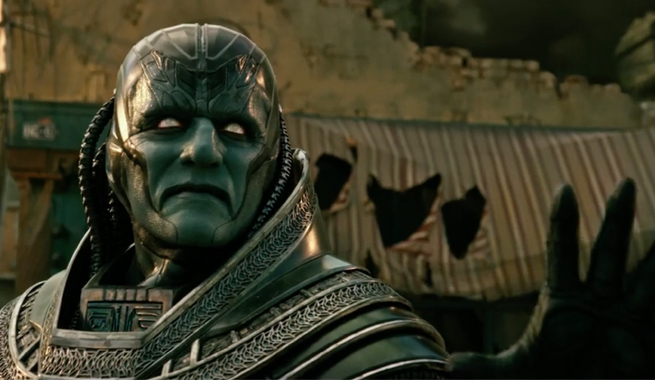 The special effects by Steve Hamilton (The Mummy 1999, Harry Potter and the Half-Blood Prince 2009) and company are stunning as they need to be to fully realize each mutant’s personality, and make them believable. Incidences of this are Scott’s explosiveness in the bathroom and at the X-Mansion, or the final battle. In addition, John Ottman (Halloween H20: 20 Years Later 1998, Orphan 2009) returns to score his third X-film with all the majesty that he imbued in the previous scores as well as more darkness/tension (“Apocalypse,” “The Transference,” and “Pyramid Collapse”) and more sadness (“Shattered Life,” “Goodbye Old Friend”) with a bit of hope (“Rebuilding,” “You’re X-Men”).

Kinberg has stated there is an idea for the next movie to be set in the ’90s, but if this is truly the end of the First Class storyline, Singer and crew have sent audiences off with a bang and an appreciation for how these loved mutants came to be. CrypticRock gives X-Men: Apocalypse 4.5 out of 5 stars. 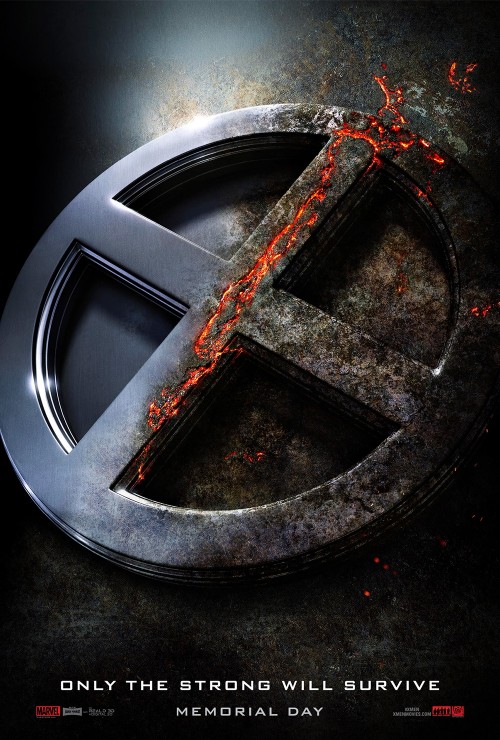