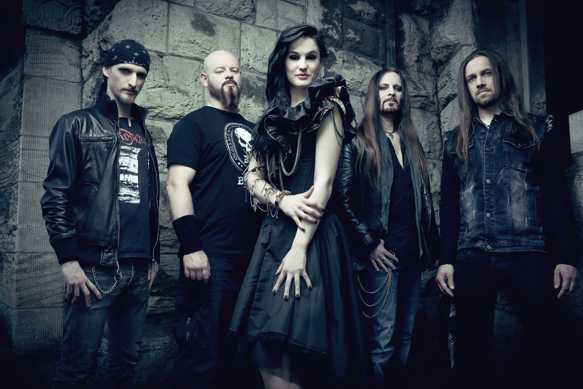 For the past twelve years, Germany’s Xandria has been capturing the attention of listeners with the elegant style they bring to the Symphonic Metal music scene. Releasing hit after hit, reaching positions on the German album charts, Xandria’s music is fresh, energetic, and engaging. Though they released their first album in 2003, Xandria’s origins began nine years earlier, when Marco Heubaum created Xandria with a friend on drums and a female vocalist, though the band split up shortly after their first demo. Not one to be so easily deterred, Heubaum continued in pursuit of his musical ideals. Thus, in 1999 Xandria returns to the music scene, drummer Gerit Lamm officially joined up in 2000, and shortly before their 2003 debut album Kill The Sun, Philip Restemeier signs on, bringing his talent with the guitar to the group.

Making up for lost time, they quickly followed up in 2004 with Ravenheart and the EP Eversleeping. Many would say it was the release of Ravenheart that would see their popularity rise within the goth music scene, building momentum as they released India in 2005. Two years later, Xandria released their fourth album Salomé – The Seventh Veil. Sustaining more change, after a few years away, Xandria made a memorable comeback with Neverworld’s End in 2012 via new label Napalm Records. Marking the first and  last record to feature vocalist Manuela Kraller, Dianne van Giersbergen of Ex Libris joined the fold in 2013 her vocal talents to the group, alongside Steven Wussow on bass. Her addition brought on  a new era for Xandria, who kicked out their sixth album in 2014, Sacrificium. With that album also being well received, the band has wasted no time getting into the studio again in late July of this year they put out a new EP entitled Fire & Ashes.

Seven tracks in total, the album is another testament to the musical talent and range of this band. The opening of “Voyage Of The Fallen” is an exciting fusion of symphonic melodies and Metal. Both Heubaum and Restemeier on guitar, Lamm’s rapid-fire drumbeats, Wussow’s heavy bass, and van Giersbergen’s vocals result in an amazing sound. Beautifully orchestrated and composed, the song is has a quickening element with excellent guitar solos, and keeps the listener engaged from start to finish. Producer Joost van den Broek takes to the keys in “Unembraced,” setting the tone for the song. Quickly followed up with Lamm and Wussow’s sounds paving the way for Restemeier to provide the right attitude and edge. Van Giersbergen impresses with her rising vocals as she hits the crescendo and bring things down, only to rise again, kicking off the tempo.

With a change in tone and pace, the classical guitar throughout “In Remembrance” creates a melancholy atmosphere, enhancing van Giersbergen’s haunting beautiful voice. At dramatic moments, the intensity in the music picks up occasionally throughout the piece, only to be subsumed and simmer under the surface while van Giersbergen continues with her aria alongside the somber sound of the classical guitar. The result is a complicated piece that invokes a multitude of feelings and emotions.

Valerio Recenti, of My Propane, joins on as guest vocalist in Xandria’s cover of Meatloaf’s “I’d Do Anything For Love (But I Won’t Do That).” Van Giersbergen’s heartfelt vocals provide a fresh take on the song. As covers go, this is both ambitious and rather quite amazing. Xandria has managed to add their particular musical touch without taking away anything from the song. Any fan of Meatloaf, or the original song, would be quite pleased with their treatment of the famous tune.

“Ravenheart” opens with otherworldly wind instruments capturing the imagination; throughout the song, the sound returns as if a raven dips in and out as a guide. Though the song was originally released in 2004, it was remade in this album. Van Giersbergen’s melodic vocal rendition revitalizes this piece, completing the otherworldly atmosphere. The song has complicated symphonies with metal guitar, while the drums and bass set the tempo.

“Now & Forever” is another complicated piece. The song is further evidence of Xandria’s unique style of symphonic power metal. Under the surface of this song, it sounds as if the classical and metal guitars vie with one another to come to the foreground of the song. Lamm on drums and Wussow’s bass provide the meat of the song. Ending things with “Don’t Say A Word,” the music in this song is fast-paced and draws in the listener. Van Giersbergen keeps up with her vocals while remaining clear and taking on more of an operatic quality throughout the song. Here, the listener is treated to her broad vocal range. With the quick-fire drumbeats and dramatic guitar play and solos, this song gets the blood pumping, leaving the listener feeling renewed.

Fire & Ashes is an EP that contains several amazingly well composed songs, an ambitious cover, and a remastered fan favorite; resulting in an exciting and atmospheric piece that many would appreciate and enjoy. It is a great way to keep their fans satisfied and give them more comfort with their talented vocalist Dianne van Giersbergen. CrypticRock gives Fire & Ashes 4.5 out of 5 stars. 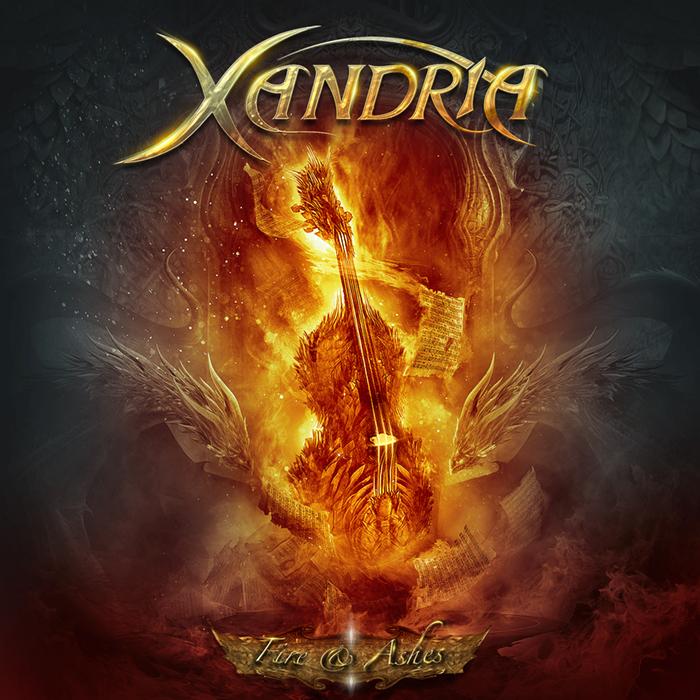