The music of the English band XTC has always been among the quirkiest of the earliest batch of Post-Punk music purveyors. However, it is actually more rooted in the Art Rock of the decade preceding its formation, in the same vein as that of fellow pioneers like Sparks (“Fa La Fa Lee”), Roxy Music (“Virginia Plain”), Split Enz (“Stranger than Fiction”), and Wire (“Kidney Bingos”).

Formed in 1972, in Wiltshire, England, by Colin Moulding (bass/vocals), Terry Chambers (drums), and Andy Partridge (guitars/vocals), eventually joined in by Barry Andrews (keyboards) and Dave Gregory (guitars/keyboards) in the ensuing years, XTC had released 14 studio albums, including the two projects under the pseudonymous moniker The Dukes of Stratosphear. This year, XTC’s fifth album is celebrating its 35th anniversary, making a reassessment of it timely.

Released on February 12, 1982, XTC’s longest and first double album, titled English Settlement, was initially a difficult listen to many fans of the band; but in spite of that, it reached number 5 on the UK Album Chart and number 48 on the Billboard 200 album chart in the time of its release. Eventually, fans began to warm up to its quirkiness; after all, just like any other XTC albums, it was oozing with Pop’s catchiness and Folk’s homeliness.

English Settlement opens with the infectious Pastoral Pop harmonies of “Runaways,” making it a likely template, whether directly or not, for the similarly styled works of contemporary Indie Pop bands like Bastille (“Pompeii”), Mumford & Sons (“I Will Wait”), and Boy & Bear (“Milk & Sticks”). This is followed by the angular, subtly Reggae rhythm of the Beatlesque-sounding “Ball and Chain.”

Then there is the now all-too-familiar “Senses Working Overtime,” which to this day remains as melodic and engaging as it was in its release in 1982 as the album’s first single; it is also one of XTC’s most popular songs, covered even by the American Actress Mandy Moore, for the celebrity Pop singer’s 2003 album. The ensuing six-minute epic “Jason and the Argonauts” will remind the listener of XTC’s Progressive Pop inclinations, proving that the band is so apart in musicality from many of its New Wave batchmates. Another single off the album, “No Thugs in Our House” comes off as a Rock stomper, courtesy of its four-on-the-floor drum beats and Partridge’s distinctive, partly throaty, partly cracking voice.

“Yacht Dance” is a shift in mood and a change of rhythm, as its Waltz predisposition and intricately woven, Latin-inspired cyclical acoustic-guitar lines swing gracefully into the senses of the initiated. The relaxing “All of a Sudden (It’s Too Late)” is as simple as a Pop song could get, in the context of the album’s obvious conceptual tendencies. Then, another quirky excursion follows in the form of the double-time pace, jazzy twang, and pesky mooning of “Melt the Guns.”

In the following songs, “Leisure” and “It’s Nearly Africa,” XTC’s primary Songwriter Partridge was indulging in Worldbeat experimentation, and this fit well in the band’s overall Progressive direction, recalling similar styling in the works of Peter Gabriel (“Games Without Frontiers”), Talking Heads (“Tentative Decisions”), and Talk Talk (“Life’s What You Make It”).

“Knuckle Down” is pure Pop bliss, paving way to the same path that Partridge, Moulding, and the rest of the band had pursued in many of their subsequent albums. The galloping “Fly on the Wall” and the yet another Reggae-tinged “Down in the Cockpit” return the listener to the general dance-inducing, frenetic energy of English Settlement. The penultimate track is arguably the album’s musical highlight, set in 5/4 time signature, which is unusual in Pop; and which is adorned too with intricate guitar acrobatics heard in “Yacht Dance.” Finally, XTC’s fifth finishes in baton-raised high gear with the jangly Guitar Pop coolness of “Snowman.”

Despite the length and intricacy of the materials of English Settlement, XTC was able to hold tightly onto the attention of its enthusiasts. This may be attributed to the band’s ability to exploit the commercial aspects of Pop without sacrificing its songwriters’ penchant for the complexity of Art Rock and Progressive Pop, the genres which they had originally operated within in the first place. Thirty-five years on, English Settlement remains a hallmark of XTC’s rich discography. 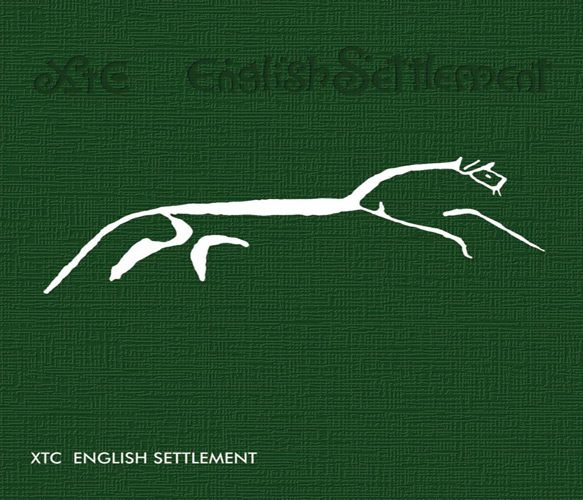