Nothing says love better than the release of a collection of Horror shorts revolving around family bonds Valentine’s Day week. From Filmmakers Jovanka Vuckovic, Annie Clark, Roxanne Benjamin, and Karyn Kusama comes four twisted tales of terror, entitled XX. Released via Magnet Releasing on February 17th, 2017 in theaters and VOD, the anthology style film consists of four stores entitled The Box, Birthday Party, Don’t Fall, and Her Only Living Son, making up approximately 1 hour and 20 minutes of interesting art. Premiering at 2017’s Sundance film festival, XX is a collection that is sure to make its mark.

Becoming a stronger presence in Horror, this anthology is completely helmed by five talented women. Jovanka Vuckovic has an education in Physical Anthropology, experience as a visual effects artist, and has won a Gemini Award for Best Visual Effects. Furthermore, she worked as an editor on the Horror publication Rue Morgue Magazine. Now she offers her short The Box, a story that raises a question or two. The short stars Natalie Brown (The Strain TV series, Saw 5 2008), Peyton Kennedy (The Captive 2014, Odd Squad TV series), Peter DaCunha (12 Monkeys TV series, The Waiting Room 2015) as the son, Ron Lea (Orphan Black TV series, Saw IV 2007) as the man on the train, and Jonathan Watton (The Calling 2014, Murdoch Mysteries TV series) as the father.

Viewers are introduced to a family of four. First, on a train ride one day from the city, the son, being a nosey young boy, wants to know what is in the box of a fellow train rider that is sitting next to him. As his mom warns him not to intrude, the man simply says it is ok, with a smile, as proceeds to show the boy the inside. His face goes blank and the story begins. Refusing to eat, the boy grows weak. As the secret is shared amongst the family, his sister and father follow suit. What transpires is an obvious result, but, what everyone wants to know is what was in the box? 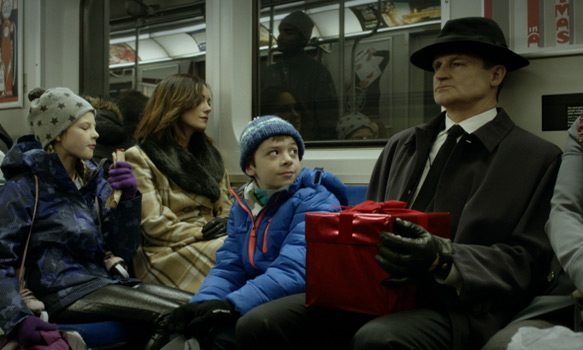 Still from XX’s The Box

Annie Clark, also known as the musician St. Vincent, is an American musician, singer-songwriter, and multi-instrumentalist. With a three year degree from Berklee College of Music, she served as a member of The Polyphonic Spree, as well as performing in Sufjan Stevens’ touring band before creating her solo project in 2006. Her music reflects elements of Soft Rock, Experimental Rock, Electropop, and Jazz.

A mother is getting ready for her daughter’s costumed birthday party. Portraying a bit of a frazzled character, she is interrupted by her strange nanny, a nosey neighbor, and the discovery of her usually absent husband’s surprise, and unfortunate, attendance. Wrestling with trying to keep his apparent suicide a secret on her daughter’s birthday, she tries everything to hide him. Eventually hiding him in a panda costume, she greets the guests. As the guests enter and children are excited for the party, they get more than they expected. 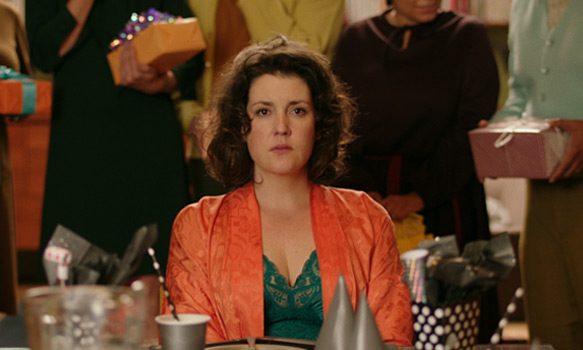 A group of friends are camping, of course in a off the beaten path area that they should not be in. As a brother and sister goof around, the sister notices a wound on her hand. What transpires is her being possessed by a demon of sorts and wreaking havoc on her friends. 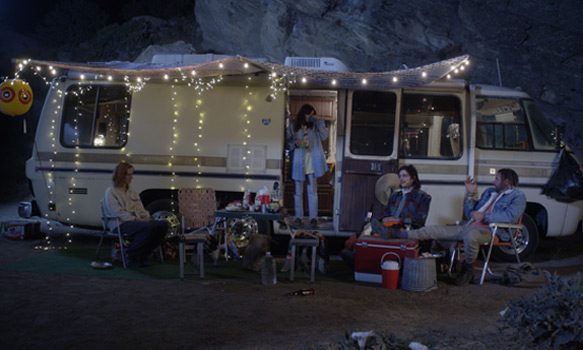 Karyn Kusama, a Brooklyn, NY native, is also a familiar name in the industry as she has been a director and writer known for 2000’s Girlfight, 2005’s Æon Flux, 2009’s Jennifer’s Body, and 2015’s The Invitation. Offering the final short in the anthology, she presents Her Only Living Son, starring Christina Kirk (Duplex 2003, Manhattan TV series) as Cora, Kyle Allen (1 Night 2016, The Path TV series) as Andy, Brenda Wehle (Let Me In 2010, Malcolm in the Middle TV series) as Principal Jenks, and Lisa Renee Pitts (Straight Outta Compton 2015, Showtime 2002) as Kelly Withers, among others.

Cora and Andy live alone, moving often due to hiding from Andy’s father. Something is different about Andy, and Cora knows it. The townsfolk seem to be aware as well, as they defend his actions. Having to meet with Andy’s principal at school because he pulled off the fingernails of Mrs. Withers’ daughter, Cora demands something has to be done, but the principle just says he is a special young man. In a story that plays out as a Devil’s son story, it shows what a mother would do to protect her baby. 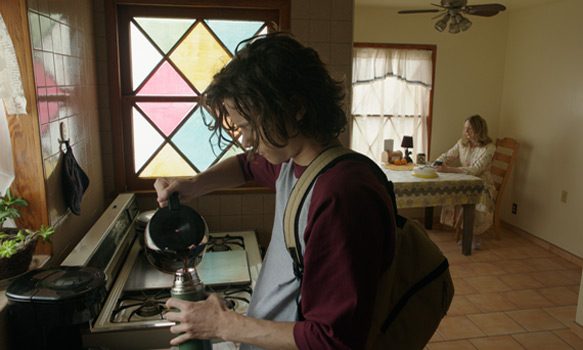 Still from XX’s Her Only Son

Wrapping all the stories together is an animated creation by award-winning animator Sofia Carrillo (Black Doll 2011, La Casa Triste 2013). Effectively creepy, the Tim Burton-styled animation is interesting to follow and beautifully dark and Gothic. That said, it perfectly binds the segments together for an overall eerie atmosphere.

Overall, XX offers a strong collection of female directors that bring true Horror to the screen. Gorgeously dark and twisted, fans of Horror should be delighted to view these tales and keep them in their collection to watch again. CrypticRock gives XX a 4 out of 5 stars for interesting stories, beautiful art, and a good amount of creep factor. 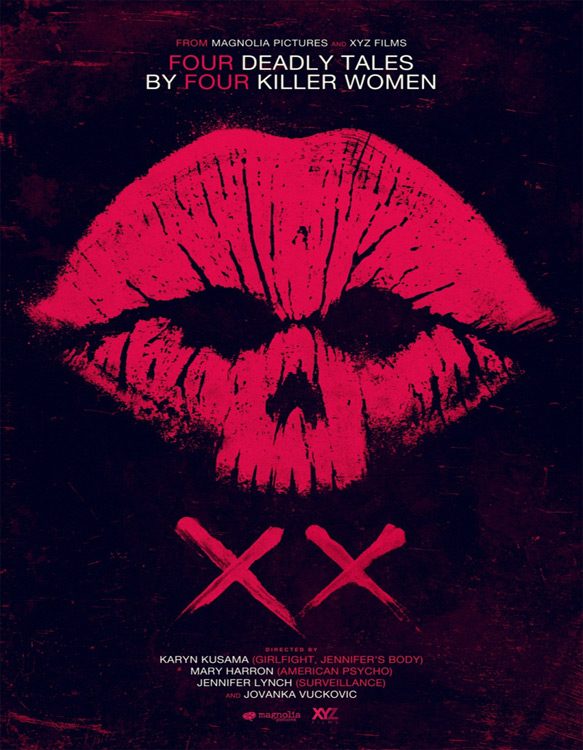