Yardij Premiere Video For “If I Stay” 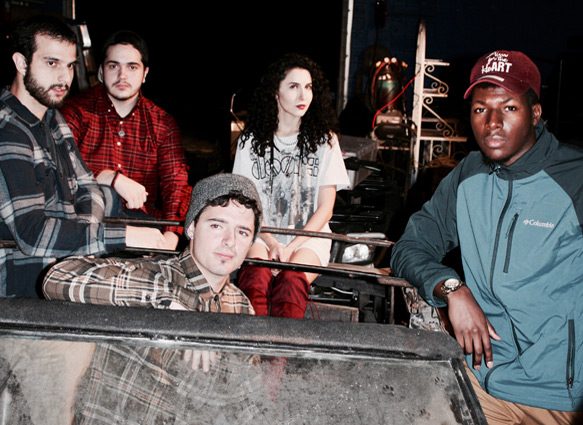 Famously known for beautiful beaches, South Florida’s temperature continues to rise thanks to the young band known as Yardij. A group of friends who came together with a universal love for music, Yardij has grown by leaps and bounds over the past couple of years. Opening for Florida’s Sunfest, performed on the main stage at Florida Music Festival 2015, and a returning artists for 2016, they were finalists in the 2015 Hard Rock Rising competition.

Capping it all off, multi-platinum Artist Bon Jovi personally picked Yardij as his opening act for the BB&T Center show in Sunrise, Florida held on February 12th. A grand honor for the band, Lead Vocalist Deja Eyze said, “Getting the phone call that we’d be opening for Bon Jovi was mind-blowing. What an honor to be able to play in the same arena that so many of our idols have played in.”

With a bright future ahead of them, Yardij keep moving forward and are overflowing with excitement to debut their brand new music video for the single “If I Stay.” Exclusively premiering here on CrypticRock, the video filmed on a camping trip in Georgia showcases the environmental conscience band in a natural setting. Above all, it shows what they do best, rock! Watch the video below:

A delightful mix of Pop Rock flair with heavy guitars, coupled with Eyze’s dynamic vocals, “If I Stay” is a song bound to get major national attention. Aggressive enough to please Hard Rock fans, but delicate enough to engage Pop Rock lovers, Yardij seem to have it all. On top of that, they have a great deal of passion for what they are doing as explicitly expressed by Eyze when talking about the music video when she said, “Our trip up north was an adventure none of us will ever forget and we are so excited to give you guys a peek at all that happened!”

Yardij are now set to perform at the highly anticipated Okeechobee Music and Arts Festival March 3rd through 5th on the HERE Stage, sharing the same area as Young the Giant, Kings of Leon, and Cold War Kids. In addition, they will be performing in Austin, Texas later in March at the world famous SXSW Music Festival, so be on the lookout for more from these rising stars.

Purchase their EP Something Along The Lines: iTunes