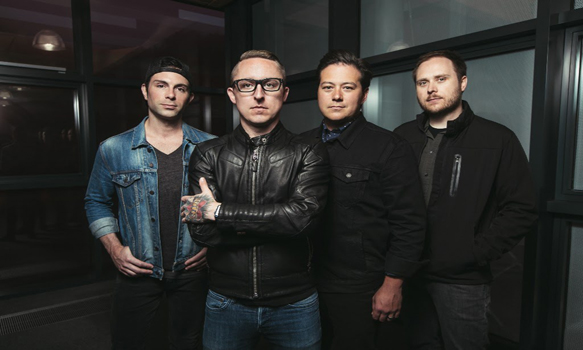 All good things must come to an end. It is a sad part of reality everyone must face. That said, nearly two decades since they debuted in 1997 with Midget Tossing, Yellowcard is setting their sights on leaving their final mark on the Alternative Rock world with tenth album, simply entitled, Yellowcard. Departing on their own terms, the farewell began on this past summer’s Vans Warped Tour leading into the release of their last album on September 30th. Reuniting with Hopeless Records, their final world tour runs through 2017 with many familiar stops along the way.

As far as the last bit of music from Yellowcard, the new album is highly personal for Ryan Key (vocals, guitars), Sean Mackin (violins), Ryan Mendez (guitar), and Josh Portman (bass). Hard-hitting and emotional, the story of Yellowcard’s retirement is best found in the band’s own words on their website. With nine studio albums, the strange thing is that this hurrah is like a pensive first step into the unknown.

Wasting no time to get their point across, lead single “Rest in Peace” is an eye-opening perspective to a view from the stage in all perspectives. For a band that probably played to an audience of five before playing to audiences in the thousands, the evolution is apparent to the fans, but from the isolation of the stage, it is understandable to let go of in order to fly. Then there is “What Appears,” which is crowd-surfing vibe set to music. Strong and deceptive, the song is a force on its own. Failures and fears punctuate all existence, and to call that out takes courage no matter what the art form. Held strong by a heavy bassline, the song has that old school trademark Yellowcard vibe, away from open arms into open arms.

Pointing specifically to the sacrifices the band has made over the years, “Got Yours” stars with an almost tame, guitar-driven melody before driving into an in-your-face anthem. Life is all about choices and  “A Place We Set Afire” seems a bit sentimental, but then at this point, everyone on either side of this fence is allowed access to the feelings. Burning with anticipation for future projects and possibilities, this song sets hope on fire for a rebirth like a Phoenix out of the ashes of greatness. Then comes “Leave A Light On,” which seems to be homage to that hope for reconciliation. Piano-driven with the magic of Mackin on violin, this is a beautiful contrast to the first part of the album.

Moving to a more mid-tempo sound, “The Hurt Is Gone”  is another fine example of lush mixing and instrumentation that translates well in the Alternative Rock genre. A softer tone, it eases everyone towards the inevitable end. Thereafter, “Empty Streets” hits it towards the final curtain, but that is not to say that this is an ending. It is only saying the music seems less frantic and more introspective. This is before the bit of creative genius, “I’m A Wrecking Ball.” Lyrically, sonically, and musically, this is a standout song among a highly anticipated and dreaded collection of music. Furthermore, “Savior’s  Robes” casts off the realism of feeling and head-bangs back into the power Rock that Yellowcard has built a career with. In this statement though, the power is reclaimed, and with that, it leaves audiences with that question regarding the future. Drifting into the ethereal, this song hits a Psychedelic Trance vibe that is simply delicious. Though social media has noted that fans have not wanted to listen to the last song to keep it from being real, “Fields and Fences” is a grand exit out. It displays a pure love of music set to the language that has painted Rock poetry for years.

Yellowcard is an exceptional album, so do not regret saying goodbye to a good friend.“When saying farewell, it is hard to know where to start, especially when there are so many reasons not to say it, but the time has come to share this news,” said Yellowcard in a unified statement. “After countless discussions and months of thought, we have decided that it is time for Yellowcard to come to an end. This will be our last album and our final world tour.” To countless fans this comes as sad news, but also offers the promise of great music to come as talent scatters to other projects. Sometimes it takes saying farewell to something familiar before something else great can come along. For these reasons, CrypticRock gives Yellowcard’s last impression 5 out 5 stars. 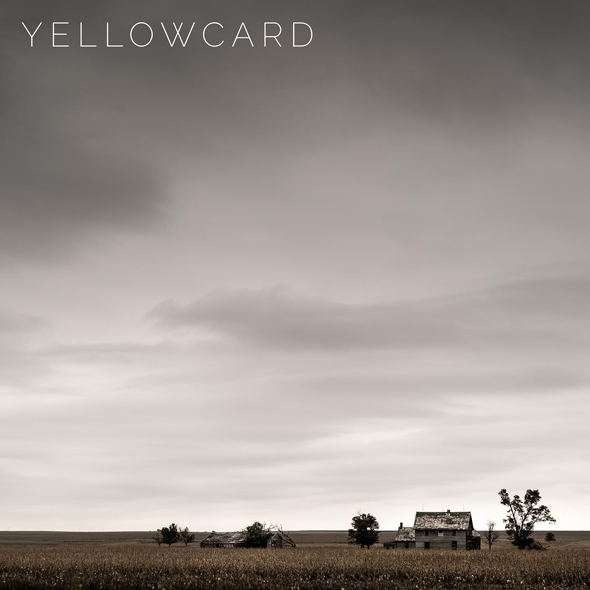