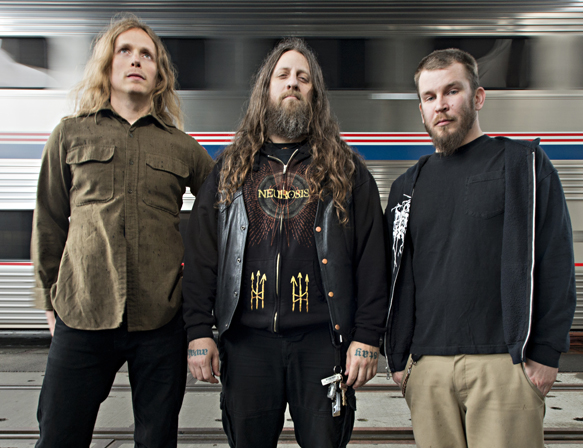 Eugene, Oregon’s Yob is as doomy as doom metal gets.  They continually churn out epic dirges replete with downtuned guitars, gloomy lyrics, and eerie atmospherics.  In 2014 they released their sixth full length record. Entitled Clearing the Path to Ascend, the album marks their first on Neurot Recordings. Featuring Mike Scheidt on guitar and vocals, Aaron Rieseberg on bass, and Travis Foster on drums, Scheidt is the only founding member and the linchpin of YOB.  Clocking in at just over an hour the four tracks on Yob’s Clearing the Path to Ascend are a doom metal tour de force.  In fact, at high volume, this music literally will kick listeners in the chest.  Sludgy guitars are the order of the day here and, as on previous releases, Yob shows a unique ability to produce long songs that reel the listener in with hypnotic playing that never relents.  Even when the music takes on a droning atmosphere, it is always inviting, and grabs their audience’s ear with overwhelming power.

“In Our Blood” opens the album with some mighty slow burn riffing from Scheidt, and it is substantially heavy.  Drenched in feedback, the guitar plays over a pounding rhythm as the vocals fluctuate between traditional singing and a more guttural, menacing style.  All the while the downtuned guitars trudge along at a slow or medium pace, until about the ten minute mark of this almost seventeen minute track.  At that point, the guitars play fuzzy chords reminiscent of the best of the grunge era coupled with spoken words from British philosopher Alan Watts discussing the nature of reality.  The last four minutes loop back to the slow heavy riffing coupled with more raspy vocals.

“Nothing to Win” follows and it is the shortest track on the album, clocking in at a mere 11:22.  Hefty speed riffing begins the piece with growling lyrics and a crisp snare beat.  Again, Scheidt mixes husky vocals with a screaming style that is pretty intense, but definitely not as primal.  About one third of the way through, Yob incorporates a nice effect giving the guitar an escalating sound while playing the same fast riff. The wild drumming seems as if it is about to lose the beat numerous times but always falls back in perfectly.  The final four minutes are a perfect blend of anguished bellows and more thick riffing.

The third track “Unmask the Spectre” opens with fluid, bouncy chords that would not sound out of place on college rock radio, save for the low, swirling effects and creepy whispering vocals. This opening would play perfect in a psychological thriller involving a psychotic stalker.  The guitars then get right back to immense power and it appears the stalker has trapped his prey and is now unleashing a hellish nightmare on his victim.  The song continues to bounce back and forth between meandering, nimble riffs, solos reminiscent of classic rock’s best, and brutally heavy feedback.  This is a great showcase of Yob’s versatility, which is an unconventional blend of thunder and melody.

Coming in just shy of nineteen minutes, the album’s closer, “Marrow” again opens with some light guitar strumming over a pronounced drum beat.  The playing is languid and relaxed, but the urgency escalates slowly over short bass punches until finally being accompanied by a traditional doom riff coming to the fore.  Scheidt eschews any screaming or guttural tones on this track, instead opting for a strong, straight ahead singing style, sounding a lot like Layne Staley and vintage Alice in Chains.  Not only in the tone, but the phrasing as well.  Slightly past the halfway point of this sprawling track, the doom goes away and loose, almost playful chords ramble along and are then punctuated with a simple fuzzed up riff, a melodic solo, and a plea for a sense of meaning, “……tearing at the seams/needing to feel/one true moment/needing to feel/something true”.  Finally, the track, and Clearing the Path to Ascend conclude with relaxed chords minus bass and drums.

Yob undoubtedly are a wonderful example of a doom metal act.  What sets them apart from the pack is the way they incorporate smart, melodic flourishes into the sludge.  They have the chops to stretch out magnum opuses like the great prog-rock bands of the seventies, but with no sense of self- indulgence or air of superiority.  They are not five or six guys who play traditional rock instruments with horns, woodwinds, and incessant keys.  They are three guys who take guitar, bass, and drums and play them loud, thick, and with purpose.  CrypticRock gives Clearing the Path to Ascend 4 out of 5 stars. 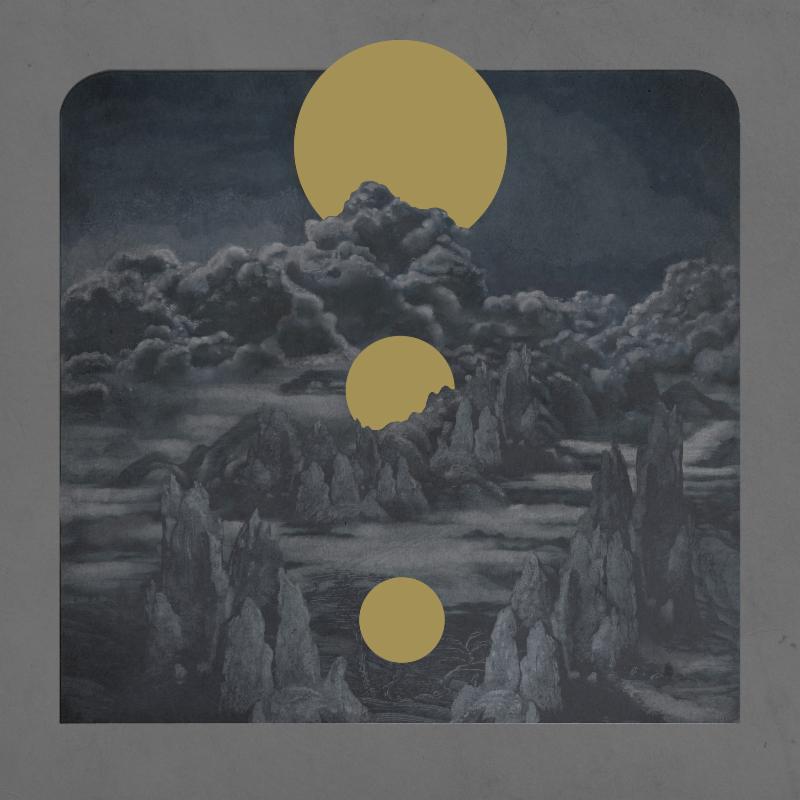