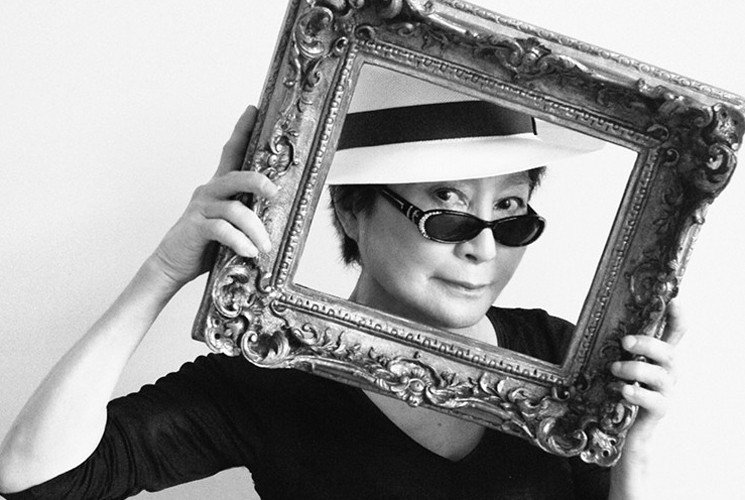 Remix album Yes, I’m a Witch Too from avant-garde artist Yoko Ono dropped on February 19, 2016 via Manimal Vinyl Records. A sequel to 2007’s Yes, I’m a Witch, the new offering hit like an earthquake and it was powerfully felt by everyone; those who never understood her and those who have always been a fan. The wife of the late music icon John Lennon, Ono is one of those unique artists music listeners either love or hate. It takes a special set of ears to truly “hear” her music and “get” her. It takes a courageous artist like Ono to put forth a remix of her 2007 album, Yes, I’m a Witch, and have a multi-collaborative mix of artists, take her songs and do what they want with it.

With this latest offering, she has incorporated a slew of eclectic artists such as Danny Tenaglia, Death Cab for Cutie, Peter Bjorn and John, Sparks, Penguin Prison, Dave Audé, Jack Douglas, Blow Up, Portugal, The Man, Automatique, John Palumbo, Miike Snow, Moby, Ebony Bones, Cibo Matto, tUnE yArDs, and her son, Sean Ono Lennon. Although she did this with collaborators on Yes, I’m a Witch, this time she came to the agreement to make her and her funky, who-gives-a-damn- attitude a facelift, making it more accessible to the club circuit and more listenable to the younger set of ears. Most of the songs are great club Dance beats and most keep to her raw, unforgiving ability to express her soul by any means.

Apart from her usual trademark yelps, howls, and animal sounds, Ono has chosen to keep most of that at bay with this album while delving into the world of Electronica music.  So ever popular in Europe, and once again gaining access to clubs here, Ono has her hand and ear on the pulse of what is happening and how to reach new audiences. Her music is easily electronic and her collaborators seemed to fit her lyrics easily into that mold.

The album starts with “Walking on Thin Ice,” a collaboration with Tenaglia, and it is a soft symphonic blend of sounds with a sullen, dramatic feel. Ono’s sweet, high-pitched voice combines nicely with the music. Then, working with Death Cab for Cutie, “Forgive Me My Love” is a vast difference with electronic beats, reverbs, and psychedelic sounds penetrating and encasing the song. The lyrics, “Forgive me my love for hiding my soul from you,” shows the emotions and the tenderness blended into the music. Next is “Mrs. Lennon,” with Peter Bjorn and John, which features heavy drums and percussion mixed with Electronica with some great guitar riffs. “Oh, our children, do they have to go to war,” she asks her husband in the song and he replies, “Yes my love, it’s ok, cause the world has always killed you know.” A great commentary on the world when it was written in 1971, that still stands today as well.

Then working work Sparks, “Give Me Something” has a prominent piano throughout that mixes with Ono’s vocals, hard, cold, and commanding. The song screams out ,”Love is hard, Living’s hard, Give me something that’s not hard, Give me, GIVE ME, GIVE ME…” as Ono screams into the mike. A very powerful song in all aspects and relatable to many. “She Gets Down on Her Knees,” with Penguin Prison, has a typical upbeat Rock feel that is also a great Dance tune. Then, “Dogtown” sees Ono work with her son Sean Lennon for a rendition that is a bit funkier than the original 1974 version, but they kept the original tempo and beat adding a flavor of more instruments to the background. Dancing to this will be easy. Moving along, “Wouldnit” is an upbeat electronic tune with words that make the listener pay attention. Alluding to domestic abuse, it is quite powerful, combined with great music. “Shut up and stay still, real still, ..maybe he won’t kill, at least not me,” is quite provoking, even without the stops and pauses instilled in the song at all the right places. “Move On Fast” with Jack Douglas has a great lead guitar throughout as well as a catchy riff. The words, “All roads lead to nowhere, truckin through infinity,” starts her screaming, “Bring your past and move on fast.”

“Soul Got Out Of The Box” with Portugal, The Man has a soft acoustic guitar with background vocals that blankets Ono’s words. The lyrics, “You don’t need words no more…keep shivering until the doomsday,” is melancholy and mellow. As Ono sings, “Come on doomsday, would you be my friend,” is echoed by the background vocals like a choir. Truly, an introspective look at what may lay ahead, showing Ono’s concerns with her world. Next, “Approximately Infinite Universe” starts out with an electric guitar and clapping to a simple Rock beat. The words describe a woman trying to cope with her life as she begins to delve into despair. “Two bottles of loneliness…..I wanna sleep, wanna sleep she says, and takes her fix to bed, Two bottles of loneliness patching the holes in her head,” has the emotional lyrics down of despair.

This time teaming up with Cibo Matto, “Yes I’m Your Angel” is an easy sounding electronic tune with many varied sounds. The lyrics, “You believe in pumpkins that turn into princess, You believe in frogs that turn into prince, tra la la la,” is a clear statement of women’s allusions when it comes to expectations and a feminist view of how girls are believing in fairytale lives; another view of Ono’s that she is not afraid to explore. “Warrior Woman,” with tUnE yArDs, is a good example of the Ono most are familiar with, using poetry to bare her soul and decorate her music. In this piece of performance poetry, she discusses to her “sisters” how shameful it is that strong women are massacred by men. This viewpoint can be taken literally or describing how strong women have their power, ideas, and control killed by men who fear them.

Reminiscent of Emily Dickinson’s poem (479), Because I could not stop for death, “Coffin Car,” with Automatique, could have many envisioning Ono riding in a hearse as onlookers watch and wave. Her words, “Half the world is dead anyway, the other half is asleep, and life is killing her, telling her to join the dead,” is a melancholy view of life and death not unlike Dickinson. The heavy Rock beat and heavy drums with a deep penetrating guitar all add to the feel of the song; despair, pain, and suffering. It is a great song with great production. Then there is “I Have a Woman Inside My Soul,” which has an easygoing beat with soft undertones of Japanese traditional poetry and song. The vocals blend nicely with the music and creates a palette of gentle color.

Keeping the album interesting, “Catman,” with Miike Snow, starts with Snow singing the first few lines and then the song goes into a frenzy of sounds, faster as whistles are in the background. It is nearly impossible to understand the lyrics as Ono has frenzied vocals along with the frenzied beat and music. Although not for everyone for sure, it does have a catchy sound and a Bowie feel to it. Featuring work with Ebony Bones!, “No Bed for Beatle John” is a strange, eerie piece with Ono’s eerie falsetto piercing the soul. This song was originally an article read outload from a London newspaper telling how John Lennon was shorted a bed at a local hospital. More a personal and political statement at the time, the meaning has changed somewhat with the new remix that sounds macabre and almost chilling. Sung like a chant, Ono keeps repeating, “No bed for Beatle John.” Somehow, this song is both intriguing and appealing in a most haunting way.

Lastly comes “Hell in Paradise” as Ono teams up with Moby. Like a mantra, this song is echoed, with Ono repeating her words over and over again, but impossible to tell what it is she is saying. A constant percussion and steady beat make the song a great Dance song, and the repeated words are very dance proficient. Coming to an almost crescendo, at the end, makes the song all come together somehow. There is another example here of Ono’s uniqueness and ability to take sounds, notes, and words, and throw them all together, like paint on a palette, and somehow make a masterpiece.

Yes, I’m A Witch Too features different blends of color, shades, and hues that all fit together to create masterpiece after masterpiece. Art is objective and Ono has given you the colors and the artwork to decipher as you please. Her creativity started long ago as a child in Japan and America, living two lives and incorporating them both into her work. Her raw, unapologetic sight in artwork, performing art, poetry, music, and in life is truly her own. There are no comparisons and no real changes in her visions. She has made this album a bit more accessible to the masses, to those who did not and do not understand her or her vision, but Ono is Ono, and she is one of a kind. Those who have special ears to really hear her visions, then they will “get” her, if they do not, they are really missing out on a truly courageous woman, who at 83, just will not give in to the comfortable sameness of so many. She is quoted as saying, “To be an artist, you need courage.” She is the definition of that word, and thankfully so. CrypticRock gives this album 5 out of 5 stars. 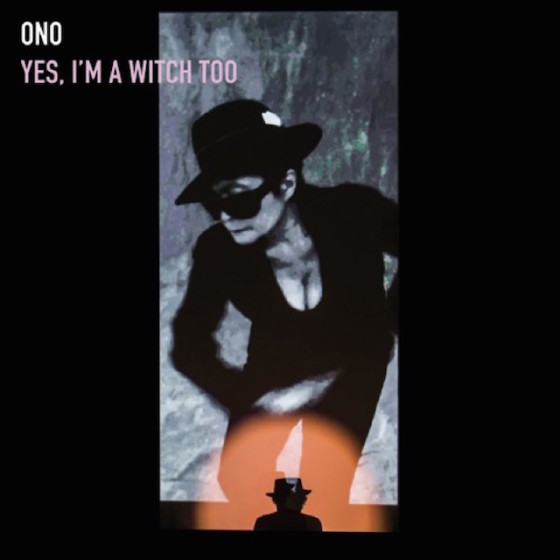