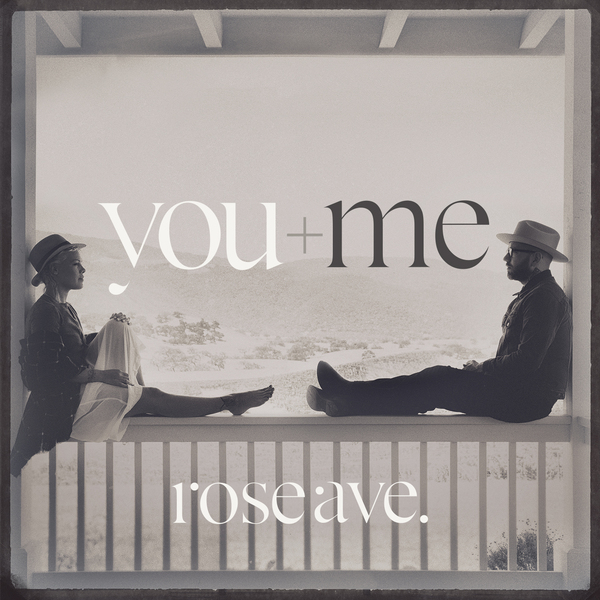 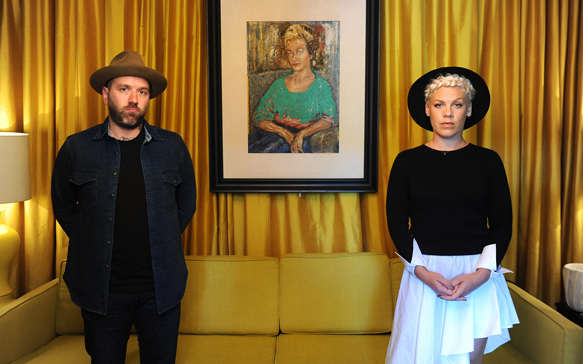 Sometimes the most unexpected pairings are the best and most exciting.  In 2014, City and Colour’s Dallas Green teamed up with Alecia Moore, better known to the world as mega Pop star Pink, for the most unlikely Folk duo known as You+Me.  Releasing their debut album, Rose Ave., on October 14th, 2014, the collaboration brought much curiosity to fans of all kinds.  Green, known for his very raspy, smoky yet delicately smooth voice, and Pink for her strong voice capable of singing anything, bring together a unique story.  In fact, Pink declared that she begged Green to make an album with her, but she thought she was not good enough to make a record with him.  Self-producing Rose Ave., amazingly in just eight days, the two created very personal piece of music unlike anything either has done before in their career.

The opener for this opus is a song entitled “Capsized” and seems to be a good start to the combo of the pop flare of Pink, with an upper tempo, and the heavy folk strumming provided by Green. “From A Closet in Norway (Oslo Blues)” is a fantastic example of Green’s ability to fingerpick a beautiful melody and tells of the woes of feeling uncomfortable and a sense of disassociation.  With a moderate tempo, the song is refreshing and angelic to the ears. Next, “Love Gone Wrong” is a bluesy ballad that tells the story of a relationship that went wrong and got destroyed. The track gives Green and Pink time to share the spotlight in a fantastical way.

At the midway point of the album, the first single has a lighter feel and is promptly titled “You and Me.”  Giving the public a first look into their music, the song set high expectations and has motivational lyrics such as “They say everything happens for a reason/ you can be flawed enough but perfect for a person/ someone who will be there when you start to fall apart/ guiding your direction when you start to fall apart/ Oh. That’s you and me.”  Other songs like “Unbeliever” and “Second Guess” tells of the tales of woes and dismays of relationships and trying to work through them. Green and Pink vocally echo each other perfectly on both tracks and show the chemistry the two share as musical partners.   Following is the second single off the record titled “Break the Cycle,” which Pink stated is a dedication to her mom as a thank you for all that she went through bringing her daughter up.  Heartwarming and well-composed, the track stands strong among the rest of the record.  Winding down the album, “Open Door” is a beautiful, mellow ballad about separation along with a lack of communication and understanding in a relationship.  The final song on Rose Ave. is a cover Sade’s classic song, “No Ordinary Love.”   Slowed down despite its already calm beat, it seems to drag along, but is made up for by the organic unplugged feeling it becomes and their harmonic voices.

Green and Pink come together to make a glorious record that is not too folky and not to poppy; it is just right.  As they harmonize on Rose Ave., together their vocals prove to be seamless and a good balance of strong and soft.  Their combined styles mesh well together and create songs that are delicate as well as inviting to listeners, giving them equal time to shine bright on this very personal album.  CrypticRock gives Rose Ave. 4.5 out of 5 stars.

You Me At Six – Suckapunch (Album Review) Asphyx – Necroceros (Album Review)
Like the in-depth, diverse coverage of Cryptic Rock? Help us in support to keep the magazine going strong for years to come with a small donation.