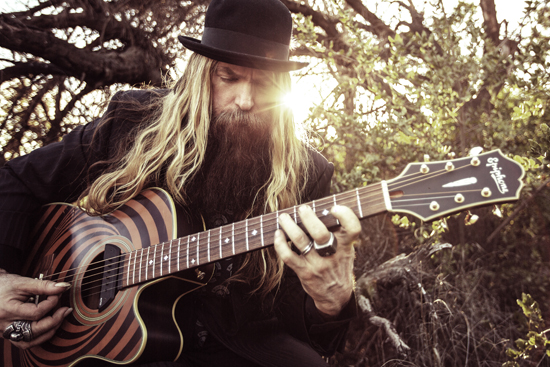 Zakk Wylde is widely known for his work with Ozzy Osbourne from 1988 to 1995 having co-written 1988’s No Rest for the Wicked, 1991’s No More Tears, and 1995’s Ozzmosis. With that in mind, Wylde is perhaps best known as the man who, in 1998, founded Black Label Society. Releasing nine studio albums, touring consistently and building a massive following, Black Label Society has reached legendary status in the world of Heavy Metal. In addition, Wylde has become even more widely known appearing in films, television shows, and video games where he appears in Guitar Hero World Tour as both a boss and an unlockable, playable character.

This mountain of a man is a multi-instrumentalist with a sweet, sensitive passionate side that explodes forth from his music. After his time with Ozzy, and before the formation of Black Label Society, Wylde wrote 1996’s Book of Shadows, a mostly acoustic collection of his experiences on which he played acoustic and electric guitar, sang lead and backing vocals, played piano and keyboards, harmonica and even bass guitar on one song. Wylde is not interested in labels or what other think his music should sound like, he puts forth exactly what he feels through his music and he feels deeply. Now two decades later, following the success of Black Label Society’s 2015 Unblackened tour, a very different Zakk Wylde invites listeners back into his soul where a very different landscape demands exploration as he chronicles his inner dialog once again with Book of Shadows II. Written and produced by Wylde, the follow-up to Book of Shadows finds him twenty years older with far more experiences and a different perspective.

Beginning the album is the mid tempo tale of deceit and betrayal entitled “Autumn Changes” where Wylde delivers a heartfelt vocal with a tinge of hopeful adaptation. Then there is “Tears of December” which combines layered acoustic guitar, drums, bass and keyboards with a catchy melody to create a standout track, the first of many that appear on the record. Next comes the track “Lay Me Down” which expresses powerful lyrics with beautiful harmonies by both Wylde and backing vocalists. Building a solid blusey, Rock feel is “Lost Prayer” beginning with an acoustic guitar introduction that flows into a composition that speaks to Wylde’s spirituality.

Continuing the emotional journey is “Darkest Hour,” a song about relationships and crossroads. Haunting choruses add to this tracks power making this yet another strong track built upon a very relatable subject. Thereafter “The Levee” has a sweeping feel that compels the listener to close their eyes and sway gently back and forth. Wylde plays lead, electric guitar with the perfect feel that is both subtle and impactful. The tempo picks up with “Eyes of Burden” which is a love song that is destined to become on of the anthems of the record. On this track Wylde shows his versatility, delivering a vocal that is more polished and clean with a vulnerability that can be felt. Not to be out done, “Forgotten Memory” is an evocative, compelling track that uses Wylde’s vocals over just acoustic guitar for a short passage to great effect. Then “Yesterday’s Tears” takes a look back while showcasing amazing guitar work as the lead break moves between minimalist and shredding styles, Wylde showcases his amazing guitar work throughout this track while “Harbors of Pity” captivates the listener with slow movement and mesmerizing acoustic passages.

With more than half of the record complete next comes “Sorrowed Regrets” with an opening melodic guitar riff that allows the song breath as it offers an uplifting message in the form of support and reinforcement in difficult times. This is followed by the cut “Useless Apologies” which is merely Wylde and an acoustic guitar. The first single off the album “Sleeping Dogs” helps wind down Book of Shadows II with a compelling moment where Wylde delivers another catchy, bad ass track that has replay ability and proves to be one of it’s strongest in terms of its commercial appeal. Then concluding the story is “The King” which is yet another of the many stand out tracks on this record. It features Wylde singing and playing piano amid sweet strings and keyboards. An emotional ballad with a powerful electric guitar lead section that gives the guitar a voice of its own with Wylde makes it wail as if in pain. It is easy to get lost in this song with his engaging and gripping performance.

Book of Shadows II is a direct look into the soul of a man who has willingly opened it up for all to see. In a world of thin, shallow musical works from artists that reveal nothing of themselves, here is Wylde flying in the face of the current state of music and delivering a heartfelt honest accounting of what is in his mind and in his heart. A beautifully crafted collection of songs, Book of Shadows II is full of taste and passion. Top notch musical performances by Wylde, bassist John DeServo, and drummer Jeff Fabb elevate this work that began with compelling, deep writing and nuanced, layered arrangements. As a composer, Wylde shows a maturity and courage that comes from a life lived fully and fearlessly. A life not lacking hardships or battles. Through it all Wylde has emerged once again validating his status as a musical icon. For these reasons CrypticRock gives Book of Shadows II 5 out of 5 stars. 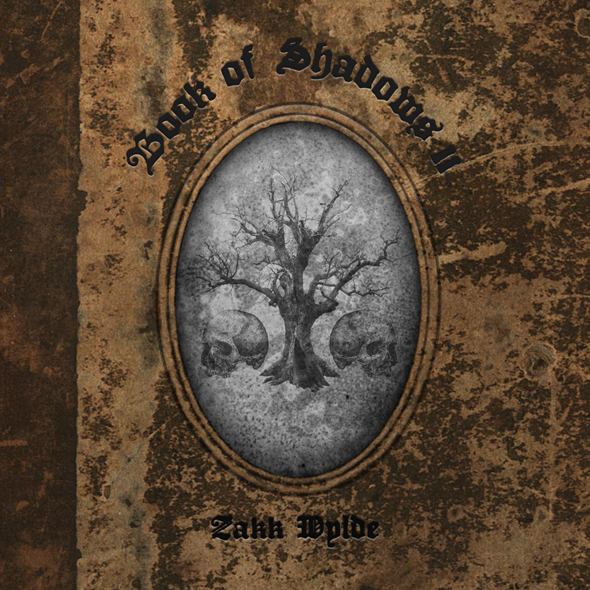