Zburbs is a Comedy-Horror film written and directed by Greg Zekowski, known for his directorial work on 2000’s Bloodline: The Devil’s Game. The film revolves around a married couple, Shelly (Marieh Delfino: Jeepers Creepers 2 2003, National Lampoon’s Dorm Daze 2 2006) and Bill (Ian Alda: The Sorcerer’s Apprentice 2010, Guiding Light series), and their comic coping with the consequences of a zombie attack. Released to VOD on November 21st, 2017, thanks to Indican Pictures, Zburbs sees its leading couple slowly beginning to realize that living with the undead might not be as z-easy as they first thought. 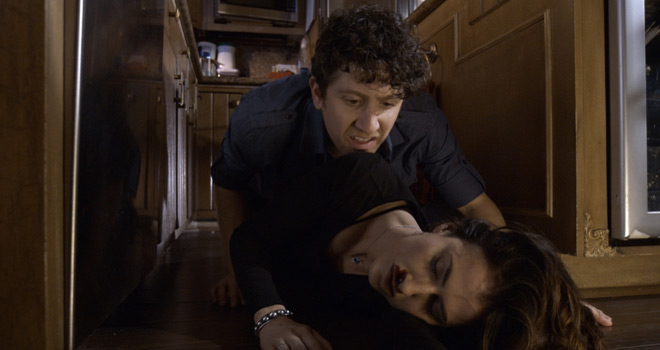 Shelly, an accountant, and Bill, her 30-something slacker husband, live a seemingly troubled but fairly normal life in a suburb of a city not known to the audience. While Shelly is obviously not satisfied with what the world has to offer, Bill seriously struggles to find a new job to provide the better lifestyle that his wife seeks. To compensate, Bill decides to paint their rented house to surprise Shelly. What they do not know is that a zombie is already on the way to pay them a visit.

During the night, Bill is woken by noise from outside and decides to take a look, only to be attacked by a rotten, flesh-eating banker (Michael Sorich: Ghost in the Shell series, Scooby-Doo 2: Monsters Unleashed 2004) in their freshly-painted living room. As she hears her husband struggling and screaming, Shelly rushes to help her husband, but what she discovers shocks her enough make her faint: Bill first seems dead, with the knocked-out zombie next to him and a large bite wound on his shoulder. However, she soon discovers that he is very much alive and kicking. In the morning, Shelly tells Bill of yesterday’s nightmare only to find out it was more than just a dream, as Bill is ice-cold, pale and seriously lusts for any meat product he can find.

Soon after this discovery, Shelly’s best friend Carrie (Courtney Scheuerman: Haunted Boat 2005, Tales From the Toilet 2015) turns up to find Bill sleeping, using the banker’s cut-off hand as a pacifier. Shocked, she confronts Shelly, who in turn explains last night’s story to her. Meanwhile, the house is being watched by agents of unknown origin, trying to catch the zombies for their experiments and spying on the house from their shabby car. Bill, Shelly and Carrie soon find out that these agents are not their only pressing problem, but also Bill’s rabid, developing hunger for human flesh as well as the remaining zombies trying to feed on the living. 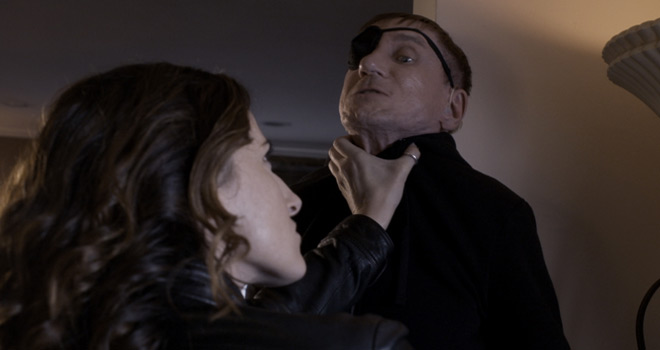 In his newest film, director Greg Zekowski clearly tried to make the most out of the obviously low budget. The location is pretty much limited to the house the main characters live in and, except for Bill Oberst Jr. (Scream Queens series, Age of the Living Dead series) playing a minor role as one of the agents, the cast is actually little-known.

However, they do a fairly good job in delivering their individual roles. Although the film is billed as a Horror flick, it is more presented as a Comedy or, as it involves zombies, a zomedy. The majority of the film’s run-time consists of puns and physical jokes, though there is also a story, which might be nothing new (taking into account the popularity of series like iZombie) but it is still captivating enough to keep you watching. The gore level in this film is barely existing, with a little blood shown here and there making the film possibly even suitable for teenagers.

The film does not take itself seriously at all, often lampooning itself and the action happening on screen, making Zburbs reminiscent of Troma movies such as 2006’s Poultrygeist: Night of the Chicken Dead though, as in the aforementioned, the silly reactions of its cast just adds to its fun and trash factor. Its overall comedic effect and melodramatic fun is equally enhanced by the music used during the starting and ending credits. 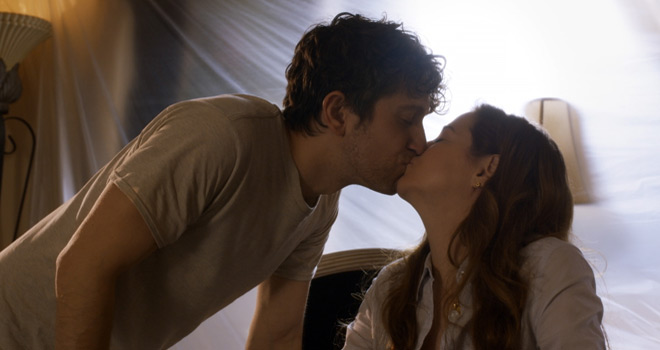 While Zburbs might not be a Horror-Comedy masterpiece, it is also not a bad movie. It might have plot-holes which are attempted to be filled with silly stunts and (purposely) overacting characters, but this fits the mood of the film perfectly and makes it that much more entertaining. The only real flaw of Zburbs is its ending, which allows the film to end abruptly without any proper explanation of previous scenes; though this might be due to monetary shortage or a sequel brewing inside the creator’s mind.

Overall, Zburbs is a trashy Comedy film doing what you expect it to do – make you laugh. Its plot and cast combined make it a worthwhile watch for a good laugh with your friends. For being a low-budget yet one-of-a-kind Zomcom, CrypticRock gives Zburbs 3 out of 5 stars. 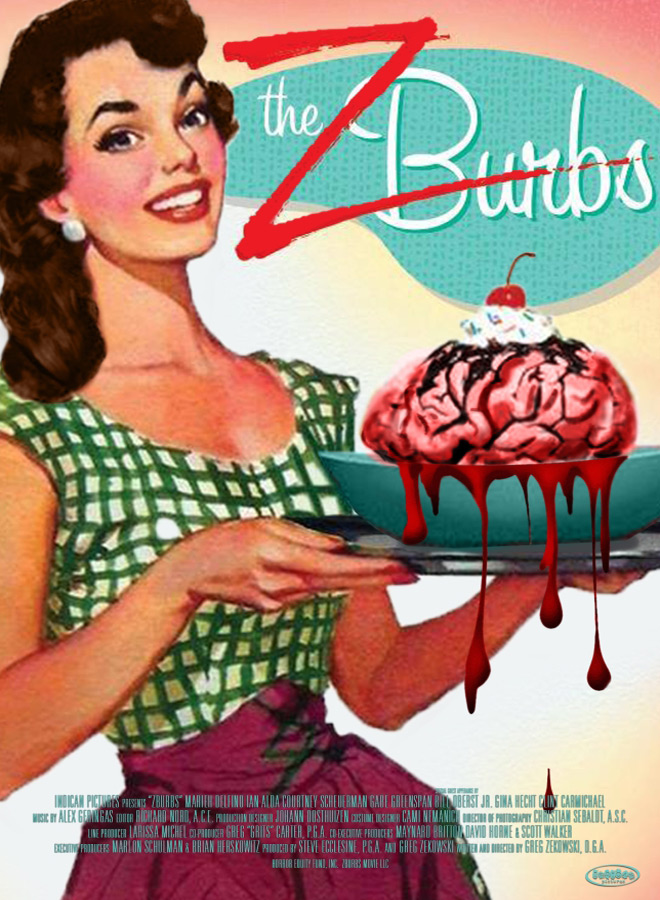