Every so often a Horror Comedy comes out such as Tucker & Dale vs. Evil (2010) that combines blood, gore, and a good belly laugh. Zombeavers is the latest movie to be released by Armory Films and BenderSpink Entertainment set for a March 2015 release in the USA. Written by Al Kaplan (Gila! 2012, Suparhearo: A True Tail by Chance 2014), Jon Kaplan (Gila! 2012, Suparhearo: A True Tail by Chance 2014), and Jordan Rubin (Crank Yankers 2002) who also directed, Zombeavers shows two incompetent truck drivers who are carrying toxic waste. While the two are immersed in a pointless conversation, they hit a deer because they are not paying attention. A barrel of toxic chemicals gets thrust into the nearby water source, which happens to house quite a few beavers. Three college friends, Mary (Rachel Melvin: Boo 2005, Dumb and Dumber to 2014), Jenn (Lexi Atkins: Turtle 2014, The Boy Next Door 2015), and Zoe (Cortney Palm: Losing Ferguson 2011, Sushi Girl 2012), who are on their way to Mary’s cousin’s cabin in the woods for the weekend. Mary has insisted that there be no phones and no boys. The cabin, surrounded by the obligatory woods, backs onto a lake which leads from the river that holds the toxic waste. 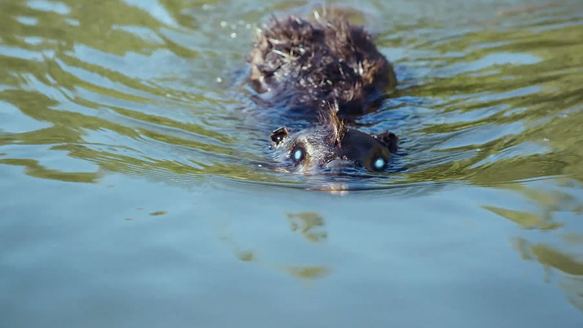 On the first day the girls decide to go swimming in the lake after speaking to the next door neighbors Mrs. Myrne Gregorian (Phylis Katz: The Burbs 1989, Reno 911 2004), and Mr. Winston Gregorian (Brent Briscoe: The Green Mile 1999, The Dark Knight Rises 2012). Zoe and Jen want to go look at some beavers, so, they swim across the other side of the lake. They encounter a local man brandishing a shotgun, named Smyth (Rex Linn: Cliffhanger 1993, CSI: Miami 2002), who warns the girls to stay away from the beavers. Annoyed, the girls go back to the cabin. That evening, while playing drinking games, the girls hear strange noises outside. Zoe goes to investigate. When she does not come back for a while, Jen and Mary go looking for her, only to be surprised by Zoe’s boyfriend Buck (Peter Gilroy: Bath Boys Comedy 2011, Interns 2014), Mary’s boyfriend Tommy (Jake Weary: Altitude 2010, Camp Fred 2012) and Jen’s ex-boyfriend Sam (Hutch Dano: Den Brother 2010, Congratulations, Josh! 2014), who despite Mary’s insistence they leave, convince her to let them stay. This creates quite an uncomfortable situation between Jen and Sam who cheated on her with a mysterious girl. 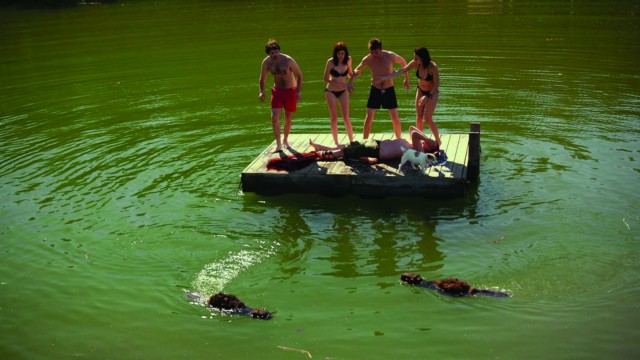 During the evening, one of the girls in attacked in the bathroom by a strange deranged creature, which turns out to be a Zombie Beaver aka Zombeaver. They kill the beaver and place it in a bag on the front porch, but it does not stay dead and the next morning it is missing. The group go swimming and are then accosted by a number of beavers, with one severing Buck’s foot, and hanging off his back. Jen had gone back to the cabin, and she also has to fight off more Zombeavers. The group’s relaxing weekend has gone straight to hell, and they must group together and fight for their lives against a gang of savage and vicious creatures instead of just being college kids. One by one the kids start getting picked off, and it is not clear who is going to survive the furry massacre. Big twists towards the end of the film, change things for the survivors in an unexpected way. 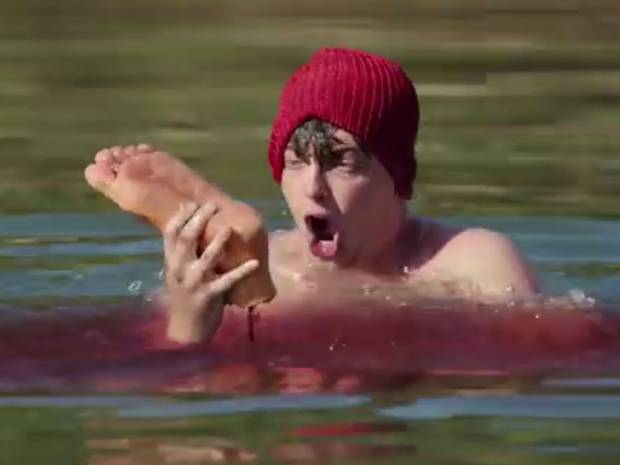 Zombeavers is a quick, quirky, fun movie aimed at young adult audiences and provides an easy-watching enjoyable film. Each character, along with the interesting plot, appear to be somewhat stereotypical; they have unique idiosyncrasies which make for an entertaining time. The end of the film is surprising, and very amusing. This movie is not to be taken seriously and should be enjoyed accordingly; a must watch for Horror Comedy fans.  CrypticRock gives Zombeavers 4 out of 5 stars. 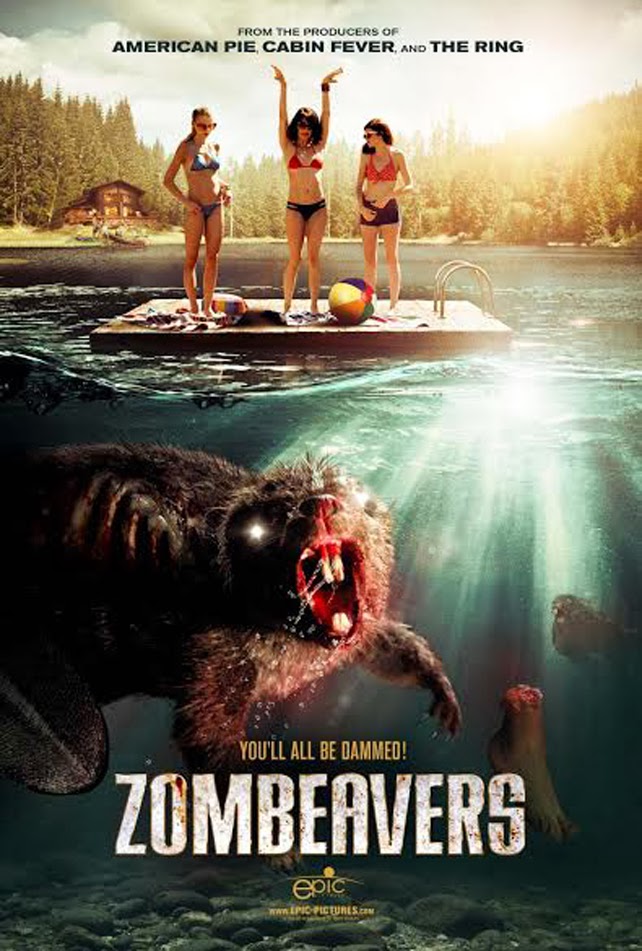