In the Horror world, the sub-genre of Zombies has always been a favorite. From 1968’s Night of the Living Dead, to the massively popular AMC series The Walking Dead, it is a no-brainer that this idea would get twisted and morph into something different throughout the years, perhaps Zombie Animals? Speaking of which, Director Glenn Miller (The Coed and the Zombie Stoner 2014, Santa Claws 2014) sought out to use this regurgitated topic to create his latest B-movie vision, titled Zoombies. Released through The Asylum on March 1st, the title alone is ear-catching, but the the results, well perhaps viewers should decide.

Right before opening to the public, a group of interns head to Eden to spend their first day on the job. As they arrive, vets encounter a sick monkey going into cardiac arrest. After failing to save its life, the monkey comes back as a creature of the undead, and immediately wreaks havoc on everyone in the lab. When security checks on the situation, the problem only escalates with the monkeys escaping into the zoo after they unlock the door in attempt to save the vets.

From there, the virus spreads quickly to the rest of the animals, creating chaos to everyone inside. The aviary quickly becomes of concern to the zoo’s owner, Dr Ellen Rogers (Kim Nielsen: Detect This! 2008 short, Amityville Terror 2016), fearing an infected bird could fly out and spread the disease even further. Once a sanctuary for endangered species, its kill or be killed for everyone who is trapped inside. 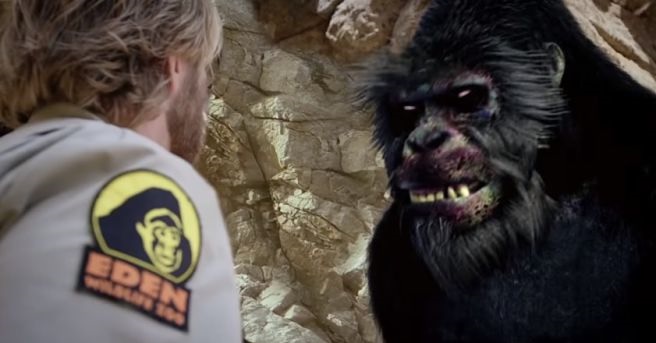 There is usually not a high expectation when it comes to B-movies. The acting is often poor, and the effects cheesy. However, there is a good reason why these films have a genre to call their own, some considered to be “awesomely bad.” Unfortunately, Zoombies just could not hold on to these qualities. Although, while the plot is fairly simple, it is hard to pinpoint what the focal area was, as most of the actors got up to three minutes of screen time each before getting killed off. The few who were in it throughout did not get much dialogue to work with, limiting the overall character development and deeming everyone forgettable. It also was not helpful that most kills were done off camera, downgrading the excitement factor of a Horror film. The ones that the audience did get to see were executed poorly with CGI graphics.

The action was consistent, but again, it was hard to focus on much of it, most scenes cut way too quickly to process what was happening. The ambience of the characters simply was without because of this as well, never quite serious enough to be scary, or silly enough to be funny. It was also impossible to connect with any character, rendering their deaths meaningless. The friendship between the owners young daughter, Thea (LaLa Nestor: debut film) and the zoo’s only gorilla, Kifo (Ivan Djurovic: Under The Bed 2012, It Watches 2016) may have been an attempt to an emotional aspect, but unfortunately, that chemistry either was not there, or both characters did not get enough screen time to hold relevance. 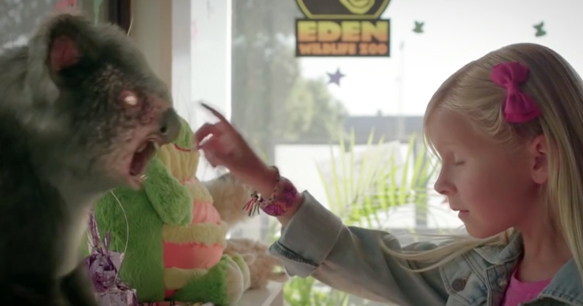 The flow from one scene to the next was very choppy, a huge reason why the focal point was lost less than halfway through the movie. The camera angles only delivered more absurd imagery, one in particular being the first responders police squad, who did not even seem to notice they were being filmed, leaving one to believe that that may very well have been the case. Needless to say, Zoombies could have been a lot better. The potential was there, it just did not mold into anything memorable. The attempt of poking fun and mocking 2015’s Jurassic World could have been hilarious, but it just did not come together. Being that there was no direction, the nature of the film was simply lost within the poor editing and script.

What is unfortunate is that Zoombies had an interesting idea, but it seemed everyone involved was not sure what to do with it. The inconsistency got in the way of this film being fun, silly, or scary. Long story short, it was a worthy concept, but poorly executed. CrypticRock gives Zoombies 1.5 out of 5 stars. 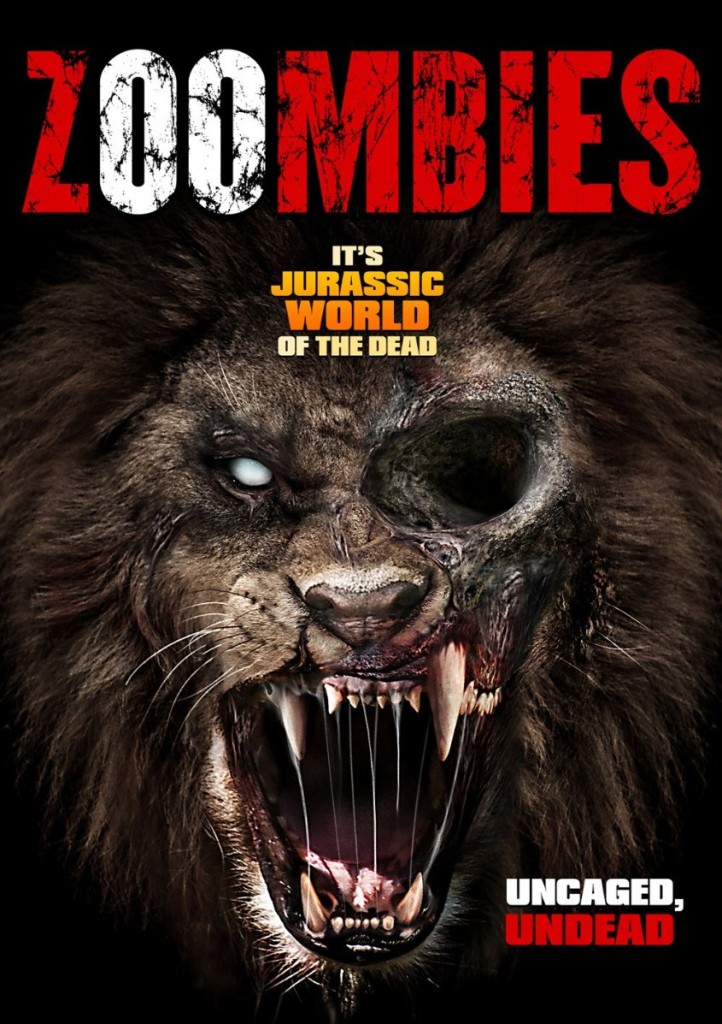 Purchase Zoombies on DVD on Amazon