In 1976, movies such as Rocky, Taxi Driver, The Omen, and Carrie were number one hits at the box office. In addition, the now mega company Apple Computer had just been formed, a 14-year-old drummer named Larry Mullen, Jr. posted a flyer at school seeking members for the band later became U2, and Wings’ album Wings Over America hit record stores around the world. A triple live LP recorded during the American leg of the band’s successful 1975–76 tour, by early 1977, the album would reach number one in the USA, marking another milestone for the mega Rock group.

A band created by The Beatles’ Paul McCartney, his wife Linda McCartney, and Denny Laine, Wings’ success dates back as early as 1971 with the release of their debut album, Wild Rose. Following up with Red Rose Speedway in the spring of 1973, months later, they would go on to unveil the massively popular Band on the Run. Now considered one of the greatest albums of all-time, it was featured heavily on the aforementioned Wings Over America Tour along with 1975’s Venus and Mars, 1976’s Wings at the Speed of Sound, as well as McCartney’s Beatles era songs. Interestingly enough, Wings never performed the Band on the Run record from front to back, despite it being overwhelmingly popular. Answering the call, Laine decided to honor the album and at the Wings Over America Tour, launching a 40th anniversary run in 2016.

An extremely exciting proposition for Wings fans, Laine’s tour continues into 2017 with dates scattered through May. Amidst it all, on Sunday, January 29th, Laine and his band made a trip out to Bay Shore, Long Island to host a night at the quaint YMCA Boulton Center For The Performing Arts. A rare and special event, nonprofit, hunger relief organization Rock CAN Roll was on hand collecting nutritious non-perishable food while fans gathered in the lobby of the theater chatting prior to the sets start at around 8 PM.

Wasting little time, Laine and his band of talented musicians including Guitarist/Vocalist Brian Pothier, Bassist/Vocalist Erik Paparozzi, Keyboardist/Vocalist Alex Jules, and Drummer Chris Allis walked onto the stage going right into the easily recognizable song,”Band on the Run.” A signature of the album by the same title, as well as the entire Wings catalogue, Laine encouraged the audience to join in the fun as they moved forward into “Jet,” this time handing lead vocals off to Jules. A talented young man, Jules provided a stroke of life to the energetic track before Laine took over once more for the beautiful “Bluebird.”

Sure to make everyone in the theater feel a part of the show, Laine continued to crack jokes and show a great deal of enthusiasm for the material. Afterall, he was the longest standing member of Wings along side Mr. & Mrs. McCartney through their decade long tenure as well as a key songwriting contributor. Justifiably proud of his work, Laine showcased the attributes of a humble man, allowing each member of his band a moment in the spotlight throughout the performance. Continuing this trend, Pothier took on lead vocals for the ever catchy sing along of “Mrs. Vandebilt” before they went on into “Let Me Roll It” and Paparozzi singing “Mamunia, “a song Laine bluntly admitted was about smoking dope.

Painting vivid pictures while explaining the stories behind some of the creative moments that went into Wings music, they segued into “No Words,” “Helen Wheels,” “Picasso’s Last Words (Drink to Me),” before wrapping up the Band on the Run album with “Nineteen Hundred and Eighty-Five.” Again, a concert event Wings themselves never partook in, Laine and his band soared high until the final notes rang out.

While hearing Band on the Run from start to finish would have been satisfying enough to those in attendance, Laine had more surprises to offer. With lights slightly dimmed down the rest of the band exited the stage, leaving only Laine with an acoustic guitar. From here, the evening turned even more intimate as Laine dug deep into the history of Wings with the first strum of a 1977’s Spanish guitar styled “Deliver Your Children.”

From here it was on to “Children Children,” “Mull of Kintyre,” and the delightful “The Note You Never Wrote.” Showcasing deep tracks from the latter years of Wings, one thing became apparent, Wings had a ton of Folk Rock influence amidst their music. Shedding light on such facts, Laine’s solo segment wound down with “Again and Again and Again” before a cover of Simon & Garfunkel’s “Richard Cory.”

Receiving a round of applause for an intimate glimpse into the past, Laine invited his band back onto the platform for yet more music. Addressing they would in fact be playing early material from his other band, The Moody Blues, he playfully stated that the retrospective would not include their later tracks. By this, he was talking about the 1976 hit, “Nights in White Satin.” A song that came after Laine’s departure from The Moody Blues, for good measure, he and his current band did a brief cover of it regardless. With that out of the way, they rocked into James Brown’s “I’ll Go Crazy,” Wings’ “Time to Hide,” and Laine’s 1967 solo cut, “Say You Don’t Mind. ”

Flashing back to his days with The Moody Blues, the crowd were on their feet as the keys were struck for classic piano intro to his lead vocal hit “Go Now.” Complete with the dramatic tone captured in the original 1964 recording, Laine had everyone’s emotions riding high. Fittingly enough, these stirred feelings remained elevated as they rocked into one of Wings’ most successful singles, the unmistakable “Live and Let Die.” With more cheers coming down, it all lead to an epic finale of “Spirits of Ancient Egypt” and a sing-along reprise of “Band on the Run.”

Inviting fans to recollect at the top of the mezzanine for a meet and greet, Laine and the band bid good night with a sincere appreciation for all who came out to share in history. As Laine stated himself early in the night, this was not a glorified cover band. Certainly true, the musicians did a fantastic job of translating the mood of each classic Wings track amongst the other compositions sprinkled throughout the show. As for Laine, a key component in the success of Wings, his efforts should be praised for astutely honoring an important part of Rock-n-Roll history. He not only keeps the show interesting, he was vital and powerful in his performance, making this 40th anniversary celebration a must see. 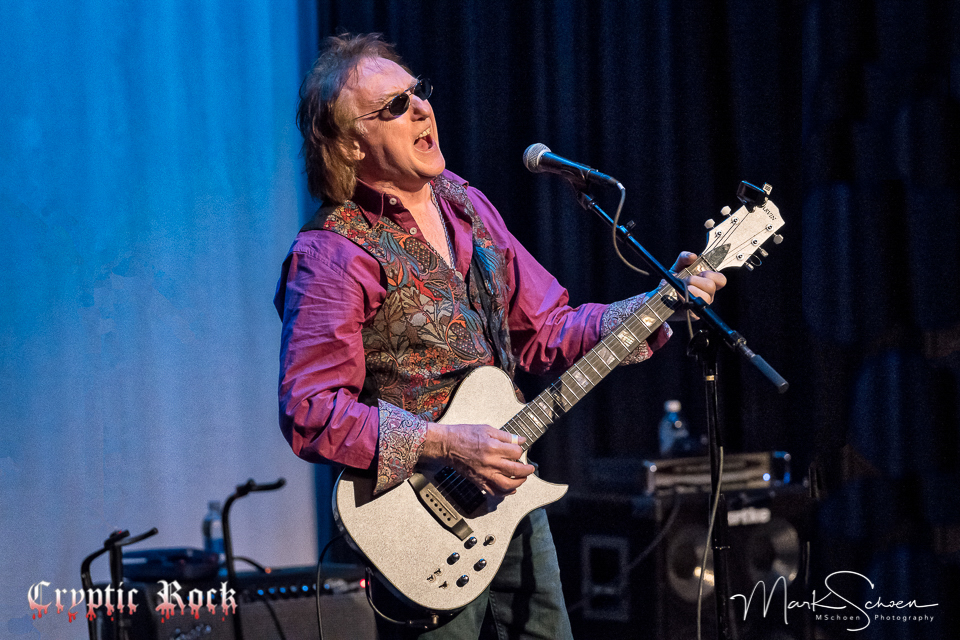 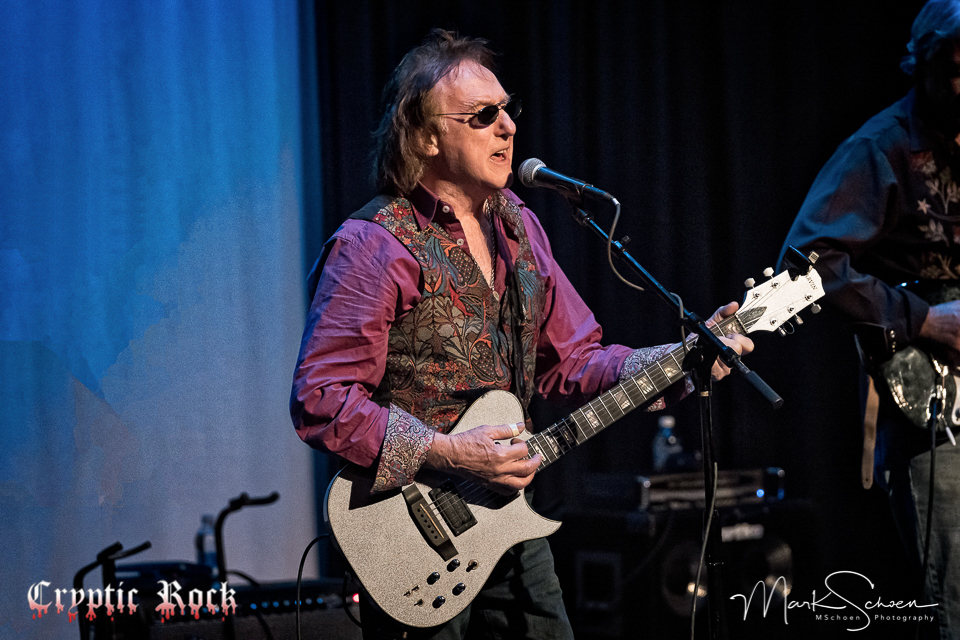 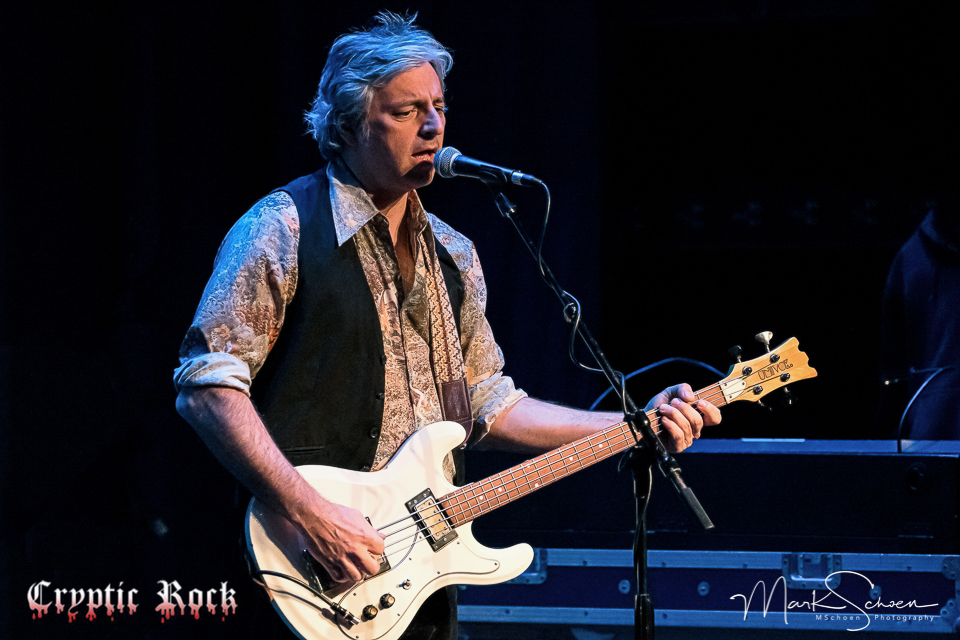 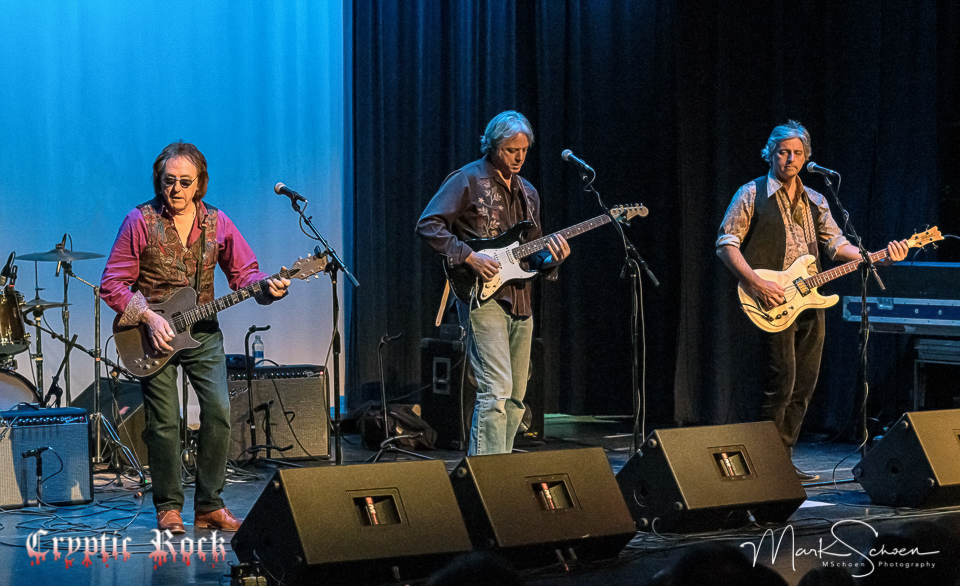 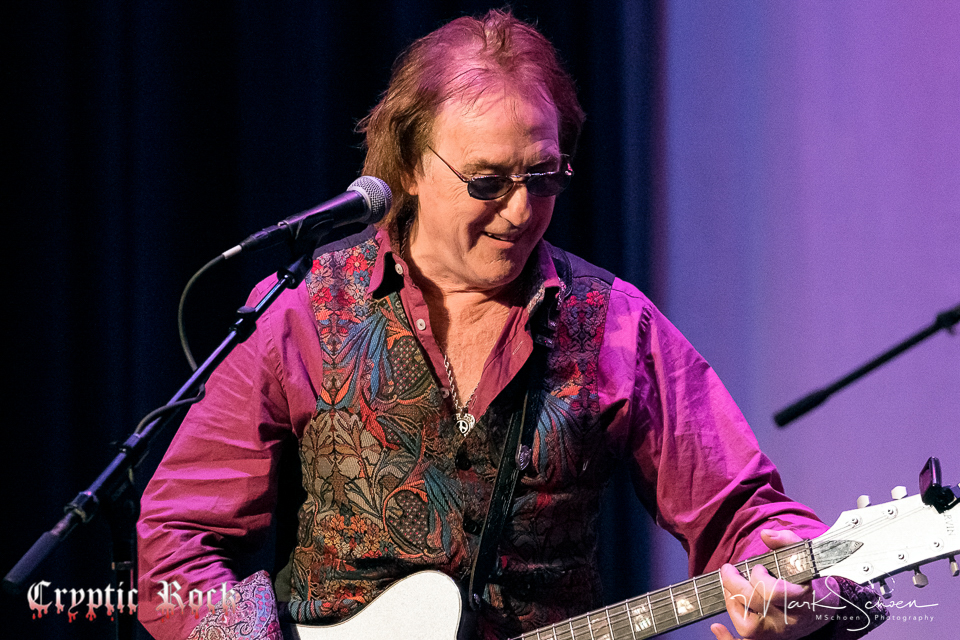 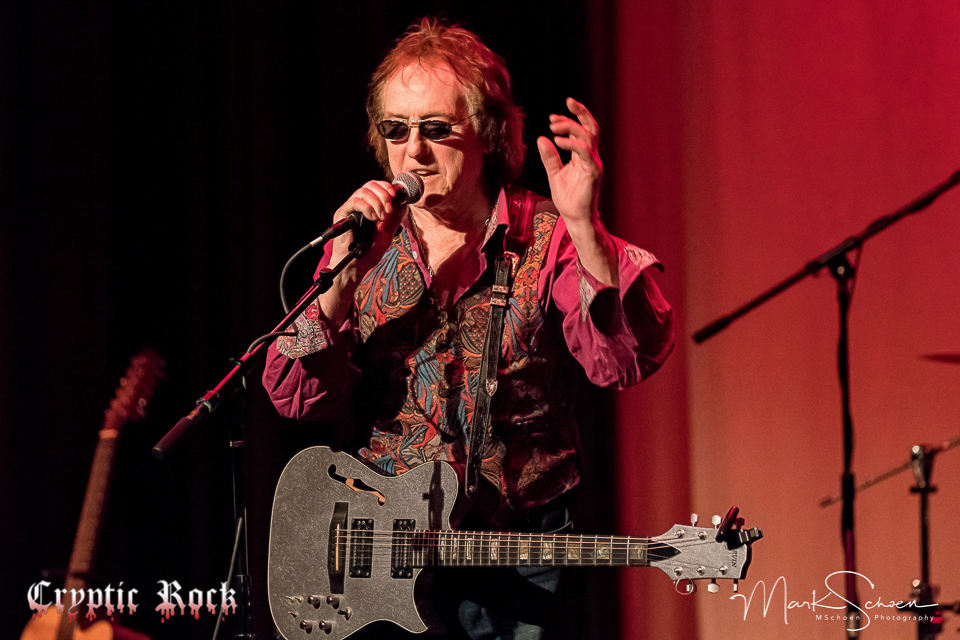 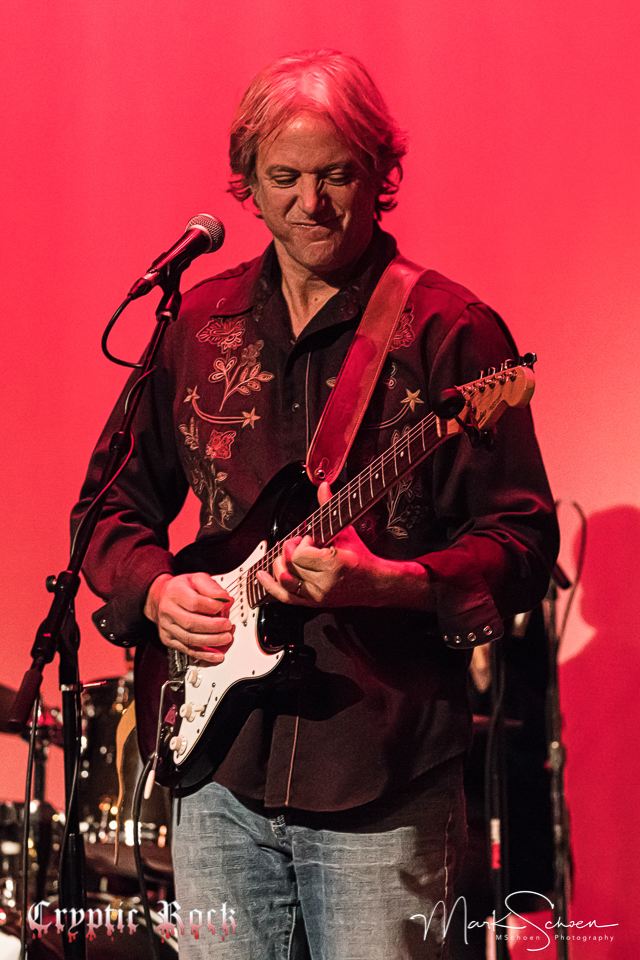 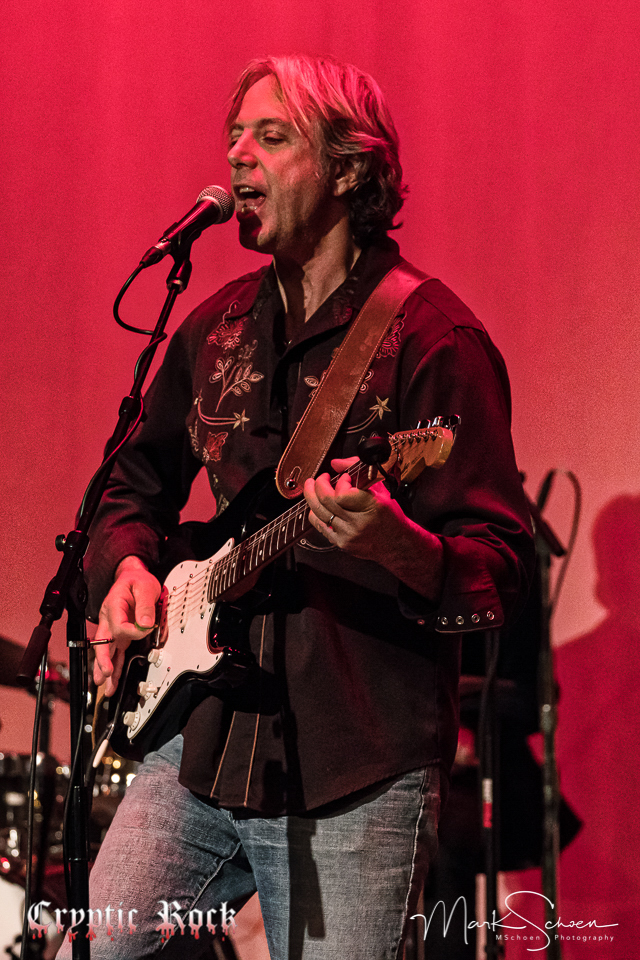 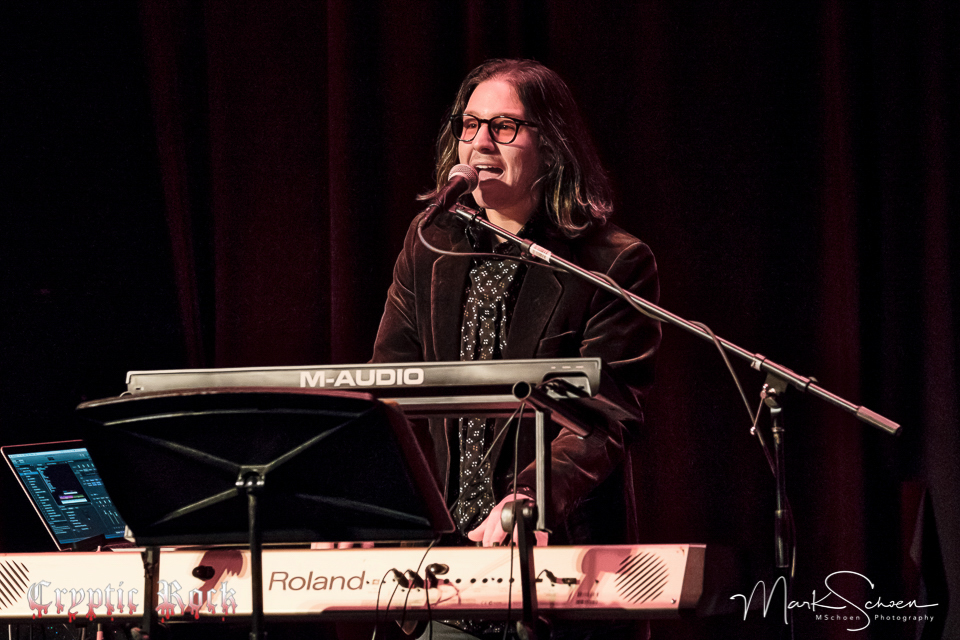 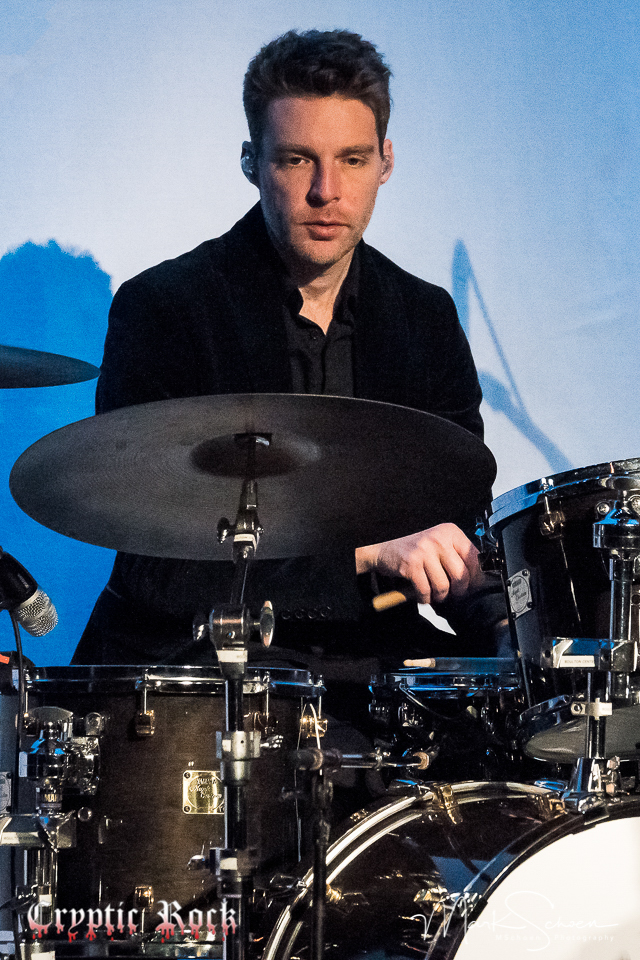 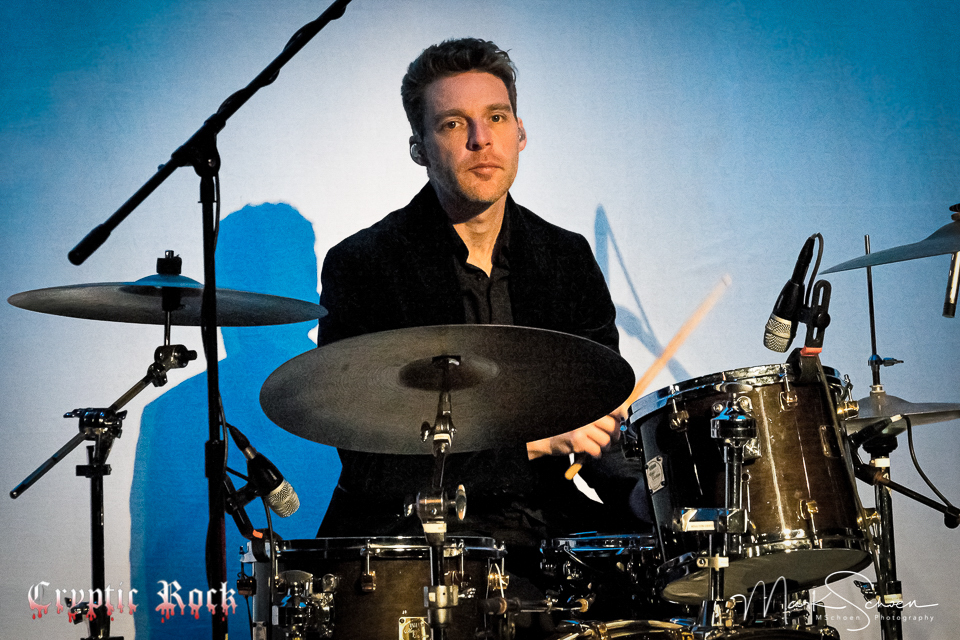 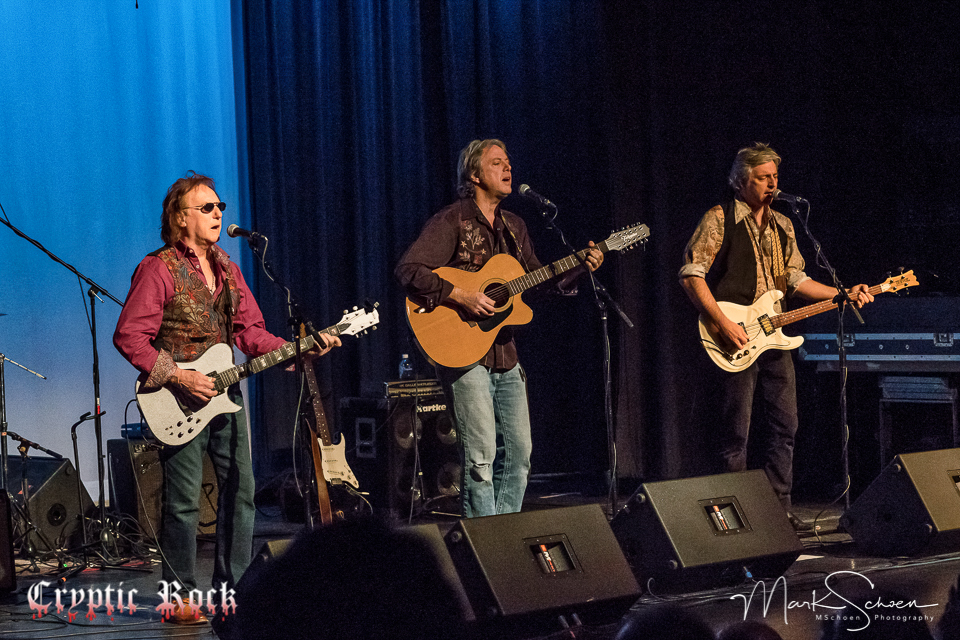 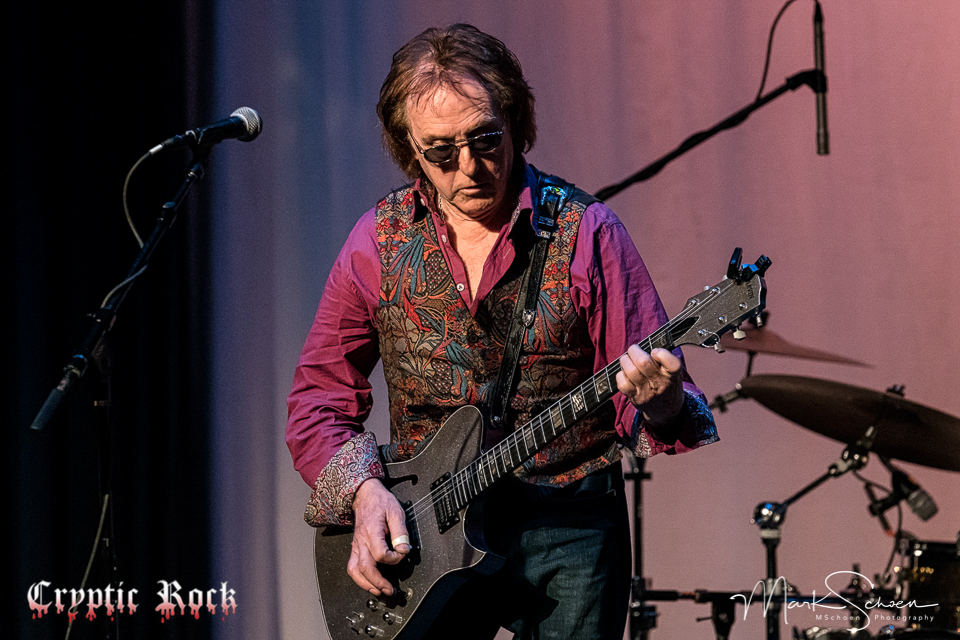 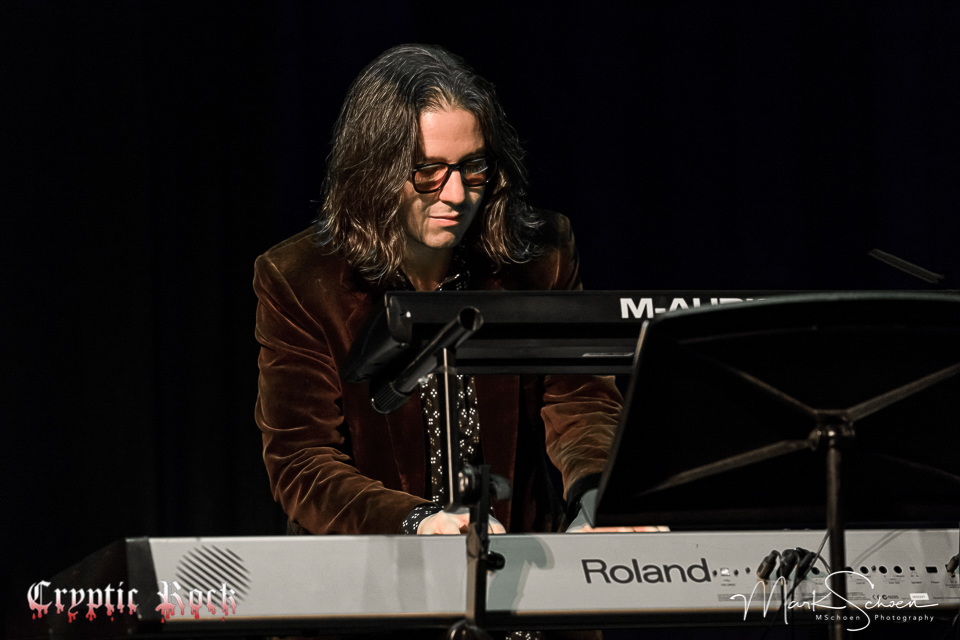 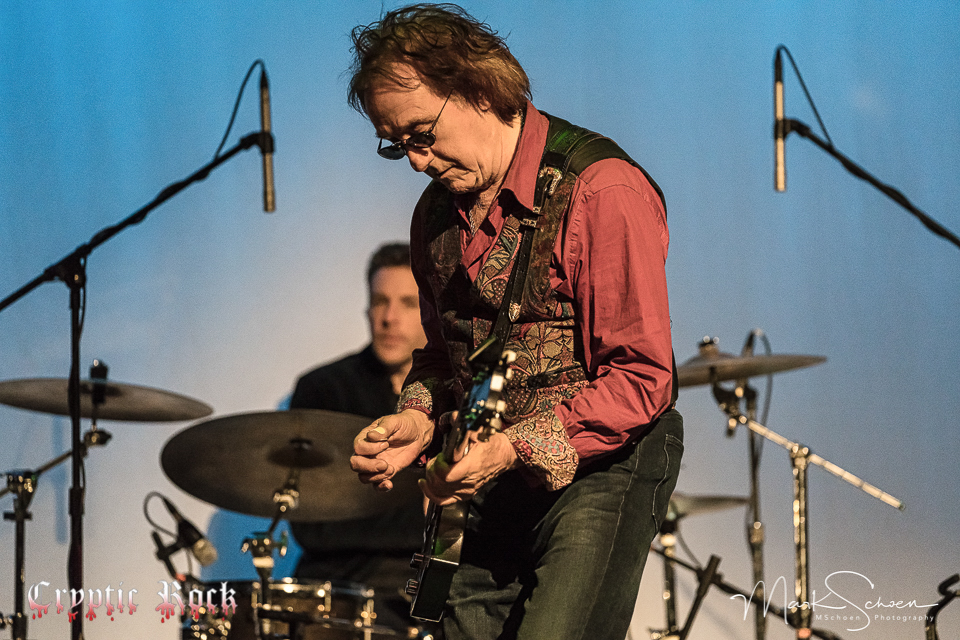 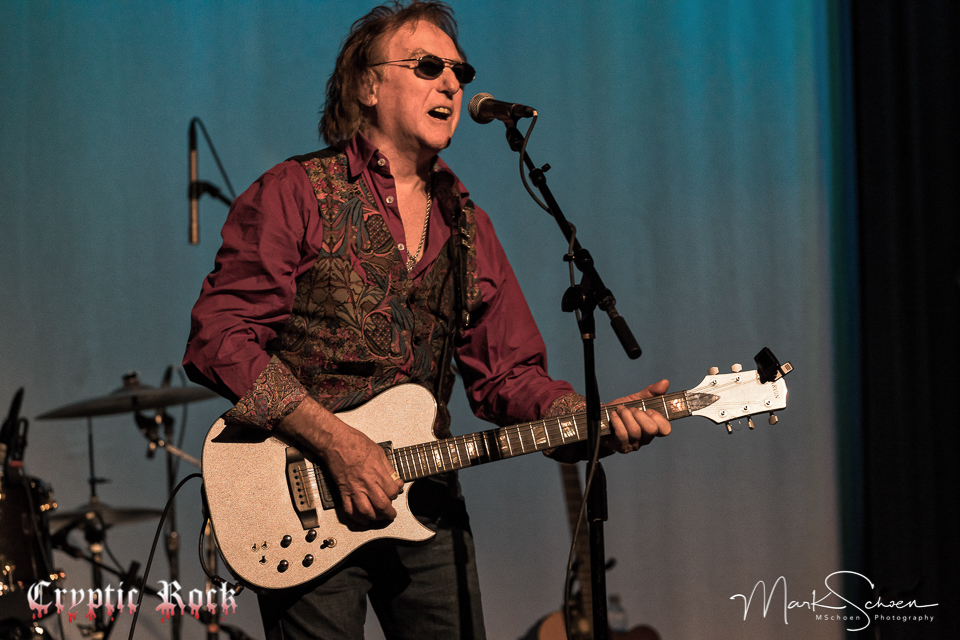 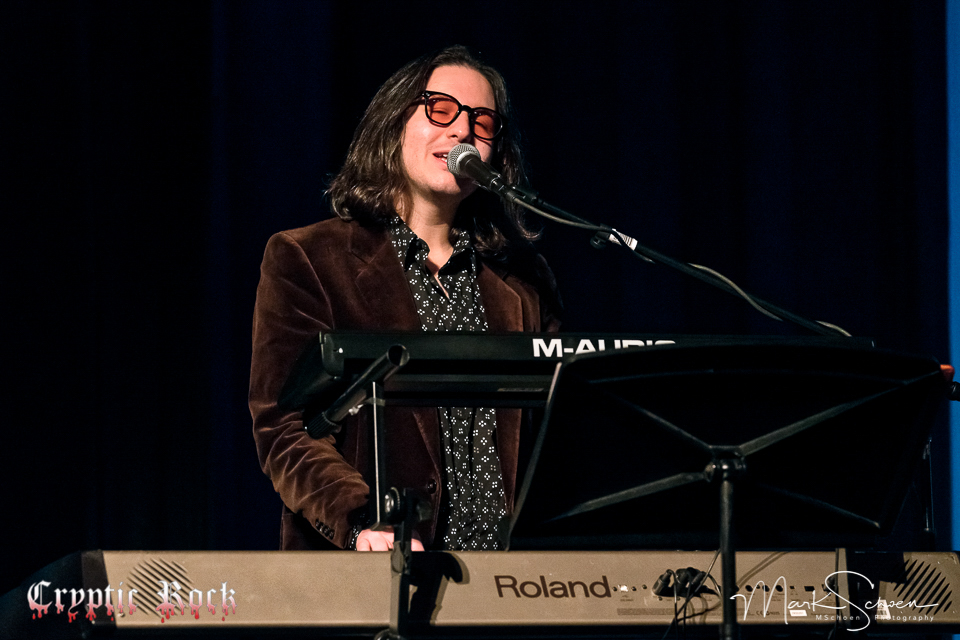 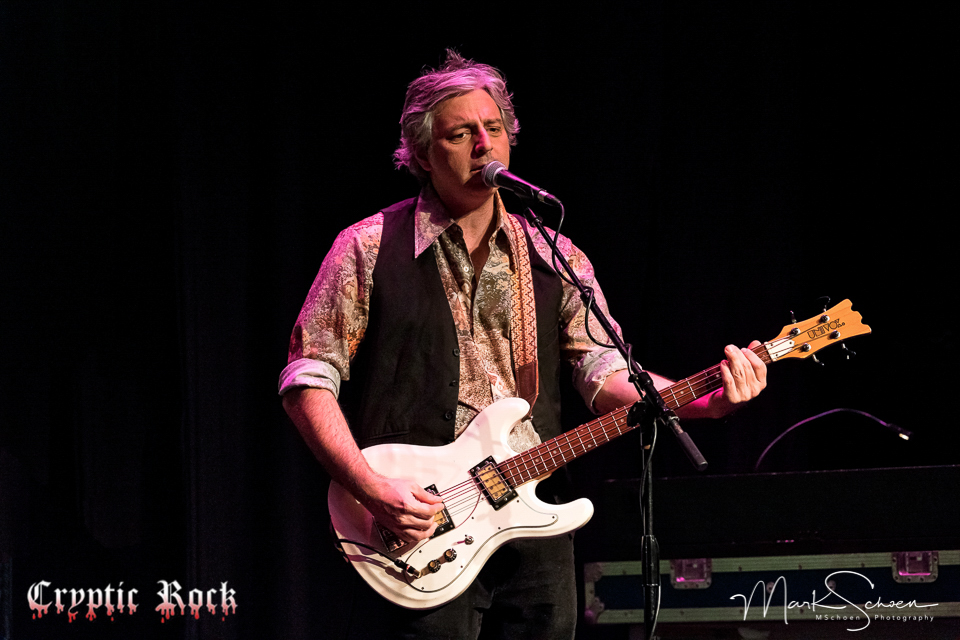 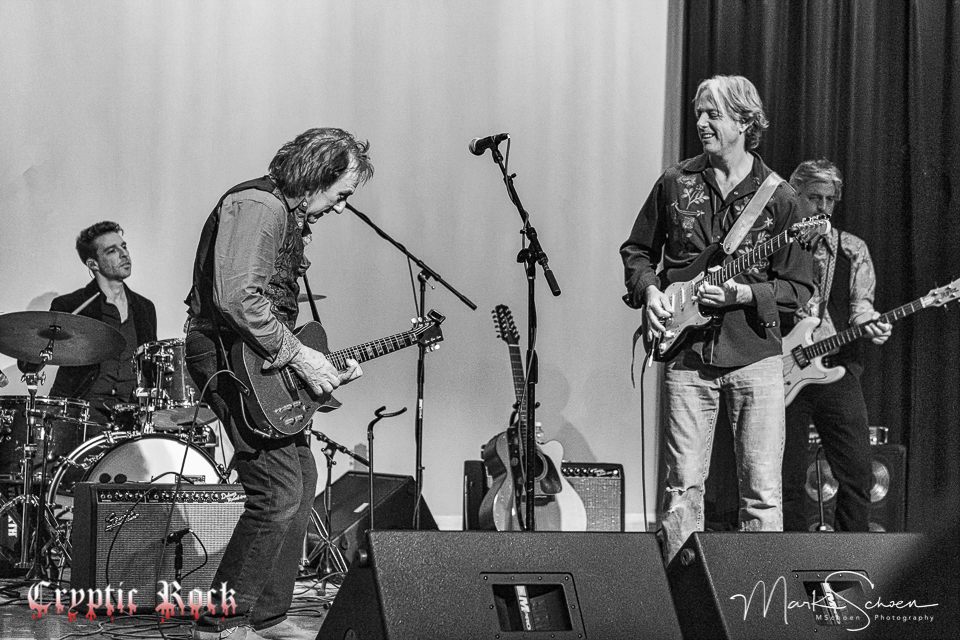