Two decades ago, Singer-Songwriter Aaron Lewis introduced the world to his torment upon the release of Staind’s debut studio album. The start of something special, within his lyrics, Lewis discussed the perspective of personal development and human relationships in an honest, aggressive, as well as compelling way, leading Staind to the forefront of the Alternative Metal scene. In the years to follow, Lewis grew as a person and songwriter, turning torment to self-discovery and, through it all, connected with listeners thanks to the honest, raw passion in his words.

It is important to mention these facts when speaking of Lewis and reflecting where he is now, in the Country Music scene. While some might think an unlikely place for a Metal vocalist, years of experience cultivated his ideas and laid grounds for his love affair with Country Rock. Thus, in 2011, Lewis found a new home musically, releasing his solo debut album, Town Line, followed by The Road in 2012. Thanks to intrinsic ability, Lewis’ transition was rather smooth with introspective lyrics filled with storytelling, the likes of which Country music lovers embraced. This storytelling genre of music craves, causing Nashville to embrace him with open arms.

A self-proclaimed Northern Redneck, Lewis continues his exploration into the Country Rock world as he hits the road again in support of 2016’s Sinner album. Attaining success with Sinner, earning the #1 position on the Top 200 Albums, Top Country Albums, and Top Digital Albums Charts upon release, the Sinner Tour 2017 comes with plenty of fanfare. Kicking off back in January, with plans of extending through June, on the tail end of the most of his traveling, Lewis and band arrived at Starland Ballroom in Sayreville, New Jersey on Friday, April 28th. As mentioned, one of the final dates of the meat of the tour, with only a one off on May 28th and June 24th, Lewis came ready to tug on the heartstrings of all those who made the trip out to Starland Ballroom.

A familiar surrounding for Lewis, having hosted shows at the venue in the past, along for the ride was opening act Travis Marvin, a Kansas native who has been on the scene for over a decade now. Closing in on 8 PM, just as the room was filling up, Jersey’s Best Country, Thunder 106’s Brian Morelli introduced Marvin, who took the stage opening for Lewis, just as he has done for the past two years.

In a seamless combination of personally introducing himself, plugging his music, and playing his set, Marvin moved through his hour on stage in a gentlemanly manner. In a lineup that included songs off his 2016 EP Simple, including the title-track, Marvin also played a few covers and some songs yet to be released. As with most Country artists, talking about their life and supporting these stories with their songs, Marvin gave listeners insight to who he is. Discussing his grandparents and their influence on him learning to play the guitar, he also told the story of how his grandma would take him and his siblings to church on Sunday. Afterward they would join the rest of the family back at the house for dinner and you guessed it, “Take the guitars out.”

Moving through his set, as he began to play John Denver’s “You Fill Up My Senses (Annie’s Song),” Marvin told the crowd it was the first song he learned to play on the guitar when he was fifteen. Then there was the original “Pray,” a song about his grandparents’ final days and how he reflected on his time with them while visiting his grandfather in the nursing home after his grandmother passed away. A few more of his original cuts included “Why I Like Dreaming,” a song about a love he thought he had. Before toasting the crowd with his beer to close his set, Marvin made sure to interpret the artists he was influenced by with a rendition of Johnny Cash’s “Folsom Prison,” Toby Keith’s “Should’ve Been A Cowboy,” and Zac Brown Band’s “Chicken Fried.” All and all a delight, Marvin has plenty of more shows lined up outside his touring with Lewis, including a visit to the CMA Fest come June, so be sure to check him out. 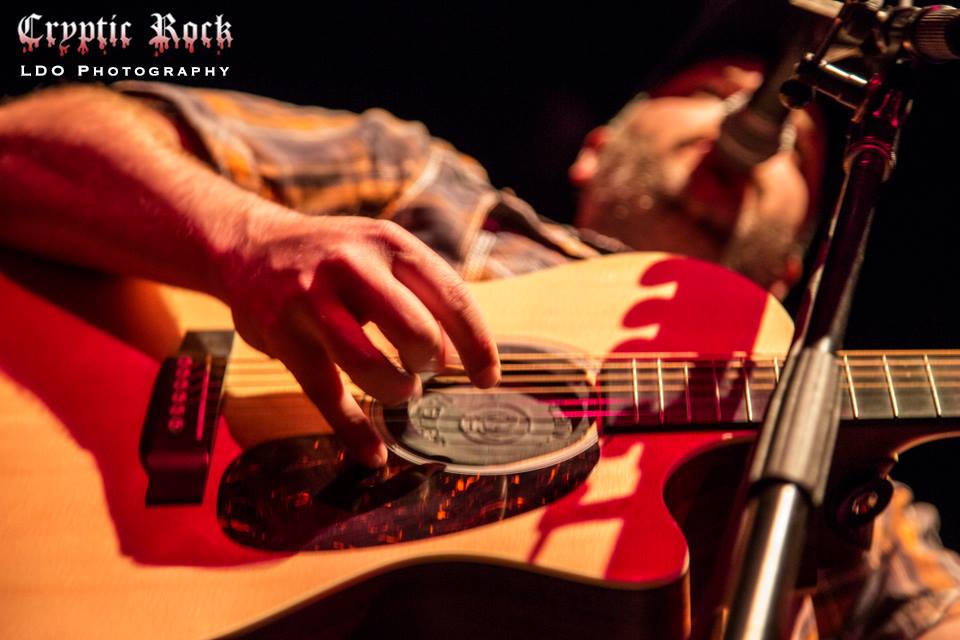 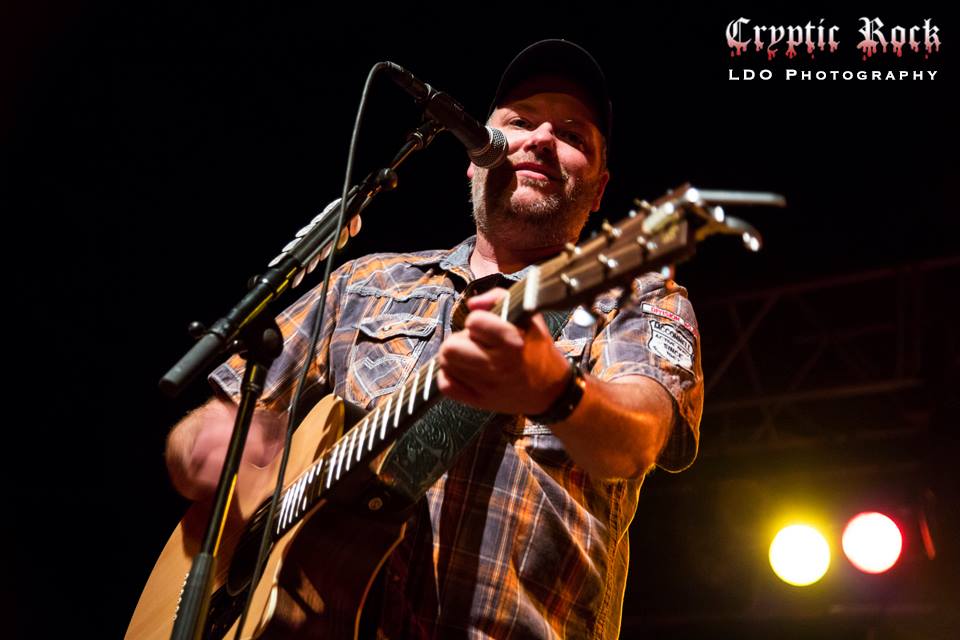 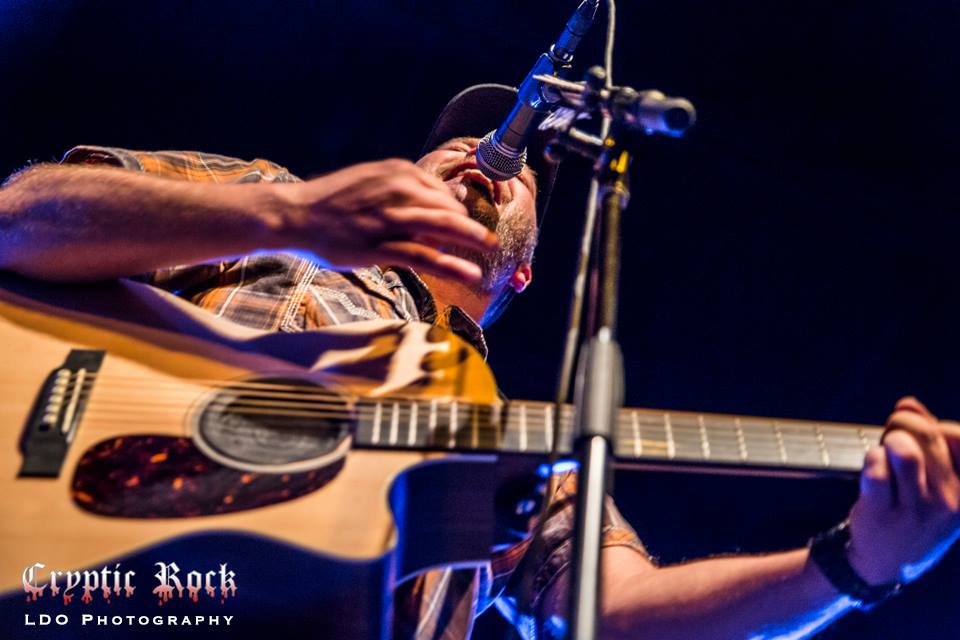 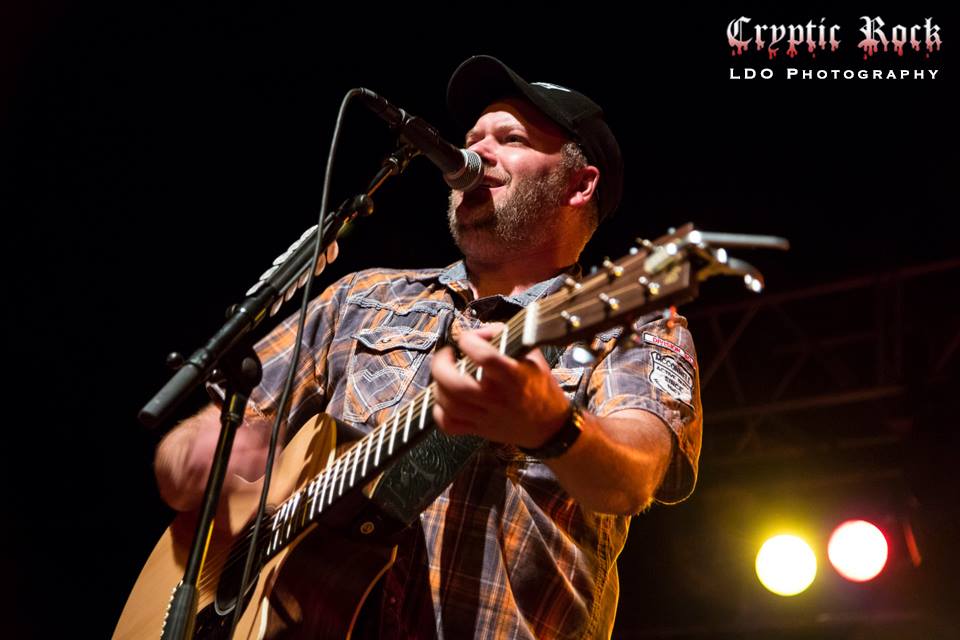 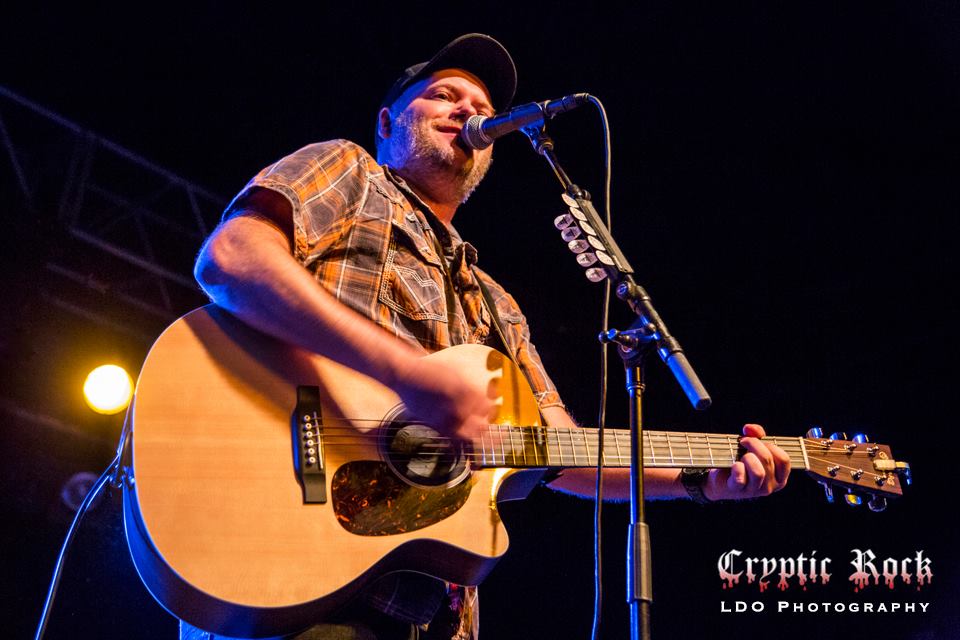 With a set change in process, the rising anticipation for Lewis’ performance made the down-time seem like an eternity. In enough words, the excitement was plausible and discussions could be heard in regards to Lewis’ new music endeavor onto the Country music scene with some even discussing the new avenue of expression by the beloved vocalist. Certainly different, his long time fans held an excitement at their core, aware of his ability to gutturally scream their emotions and the dark depths he is capable of going to. This is all while craving the harmonies and poetic lyrics of his current song catalogue, plus some interesting other selections. In addition to the Staind fans, Lewis has earned the respect of Country fans over the past five plus years, and with that came a very mixed crowd of all types, but there for one universal reason, music.

Ready to go, the room went dark and the stage lit up for Lewis to enter, with everyone cheering in excitement. Creating a very intimate feel, present was a stool set up to the right of the microphone with Lewis’ necessary items: a cold beer, an ashtray, and his cigarettes. Entering as the epitome of external self-expression with tattoos covering his body, Country artist’s signatures on his guitar, and preps to sing lyrics bearing his soul, the show was ready to begin. With the beer cracked open and cigarette lit, in an ever mellow fashion, Lewis removes his hat from his head and places it over his heart to deliver the opener to all his shows, “Pledge of Allegiance,” segueing into “Country Boy.” No flag was flown behind the band at Starland Ballroom, most likely a result of limited space, however, a fan in the front row, carrying a folded flag, also a homage to Lewis’ song “Folded Flag,” opened it up to hang over the barricade and fly free.

From here, the evening’s musical journey continued with the song “Momma,” which Lewis introduced by stating, “This took me my whole life to write.” In keeping suit with the traditions of Country music and his opening artist, Lewis also described his life, lending a backdrop to the songs being delivered. Lewis’ guttural screams have quieted and a voice of longing, reflection, and acceptance has taken their place. With “The Road,” Lewis describes missing his family while bound to the road by his dedication to a musical journey. A heartwarming moment, fans certainly appreciate Lewis’ dedication as he continued to bare himself openly.

Deviating from the scheduled setlist, “Vicious Circles” reflected on the repeat choices we make that keep us from achieving higher versions of ourselves where Lewis stated, “Because, we run in vicious circles, Until we’re, dizzy with disdain.” Then “Granddaddy’s Gun” described the passing of family tradition down through the generations. From Staind’s “Tangled Up In You” and the aforementioned “Vicious Circles,” Lewis’ awareness of emotion on both a personal as well as broad scope captured the audience.

In regards to his supporting cast, Lewis has created a band of musicians to back his vocals that is tight in their playing and dedicated to the message of the music. Their stage presence was streamlined, only breaking seriousness with Lewis’ ability to both sing and play the guitar with his cigarette either in mouth or in hand. Speaking of joking around, Lewis unapologetically blurted out, “I wrote this song cause Country radio sucks.” The song he was referring to was his next entry called “That Ain’t Country,” a strong statement to make for someone who has just entered the Country music scene as he sang, “So tell me, whatever happened to the Country songs, Full of truth and consequences, all the things gone wrong, Someone came and changed it up, made it all a lie.” However, Lewis knows he can back this statement as he went on with the telling words, “And Haggard sings the songs that’ll save your soul, And Willie sings the songs about the hearts he stole, Cause that shit’s Country, That’s a natural fact, It’s full of tails and hard times and complications, Ain’t life like that?”

Mixing up his setlist a bit, Lewis also paid homage to the artists he mentions, among others, with few covers including George Michael’s “Careless Whisper” as well as Bon Jovi’s “Dead or Alive,” to which Lewis remained humble stating, “I can’t play the guitar like Richie Sambora.” Closing out his main set with another Staind favorite, “It’s Been Awhile,” Lewis gave the crowd a taste of his past with a guttural scream to deliver the lyric, “It’s been a while, but I can still remember just the way you taste.” He states upon the conclusion of the song, “I bet you fuckers didn’t think I could still do that, I just choose not to.” Honest and pulling no punches, Lewis had everyone stirring for more as he departed from the stage. Thankfully, he returned, this time minus the band, concluding the night with the adored Staind cut “Outside.” Raw and acoustic, as intended, it was the perfect closing to a near perfect set.

Lewis has proved his musical journey to be continuous with room for growth and transformation. While some hardcore Staind fans may choose not to indulge in Lewis’ Country Rock music, they are selling themselves short, because it is really something special. That in mind, it is exciting to see where Lewis has gone in recent years musically, and with a plethora of material at his disposal, one just never knows where he will go each and every night out on stage. 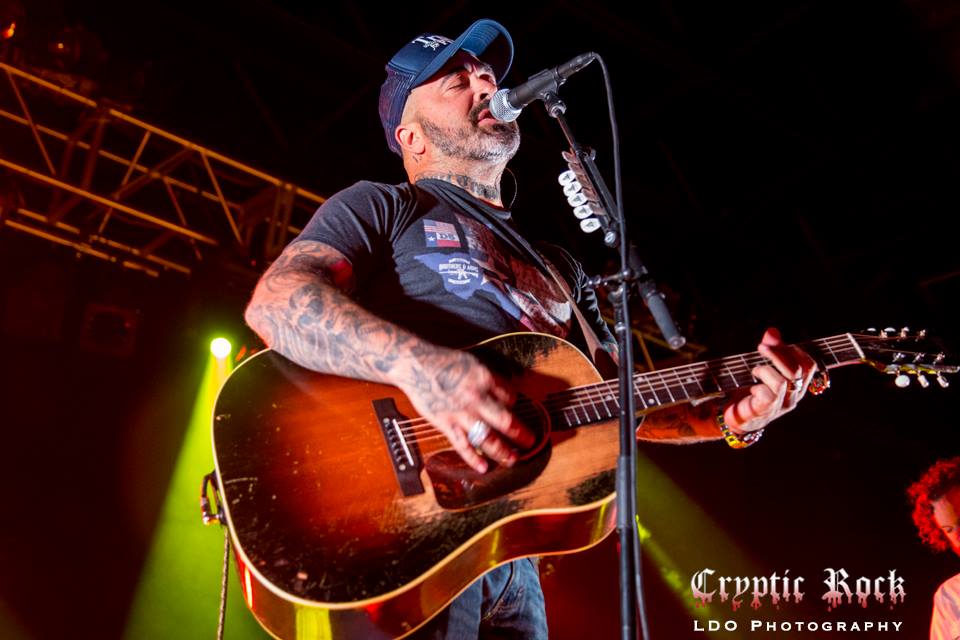 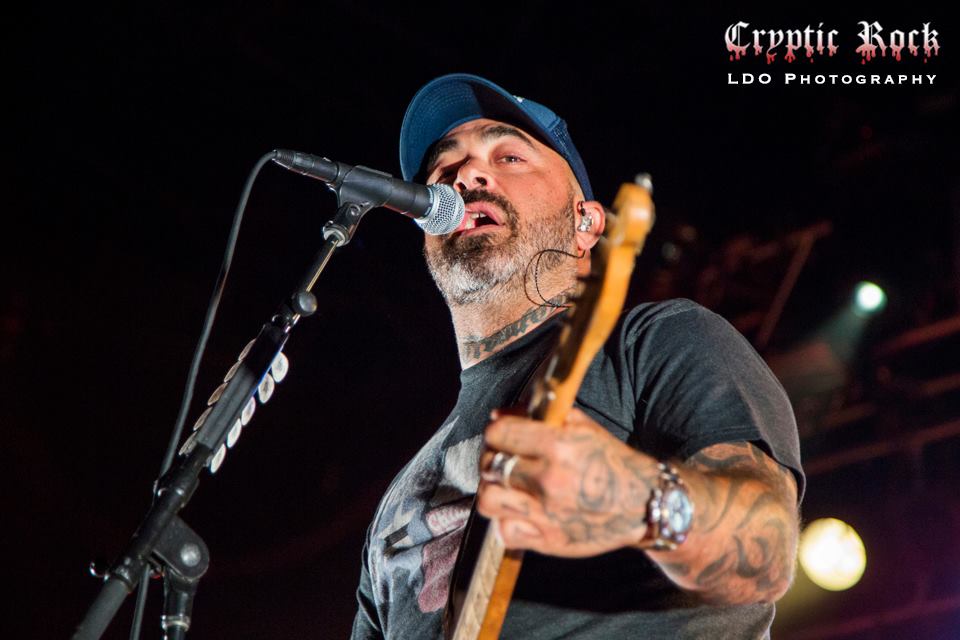 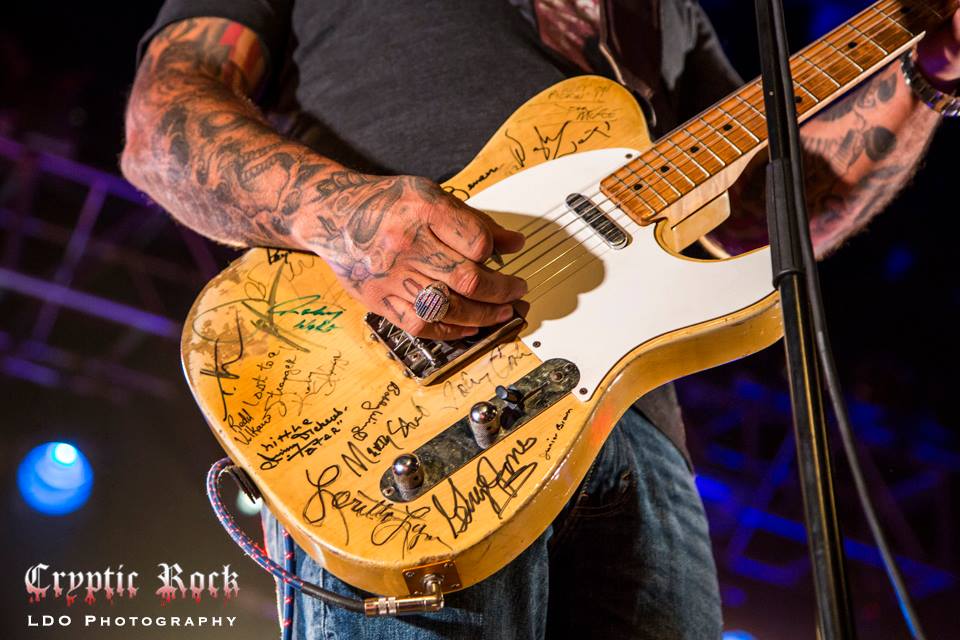 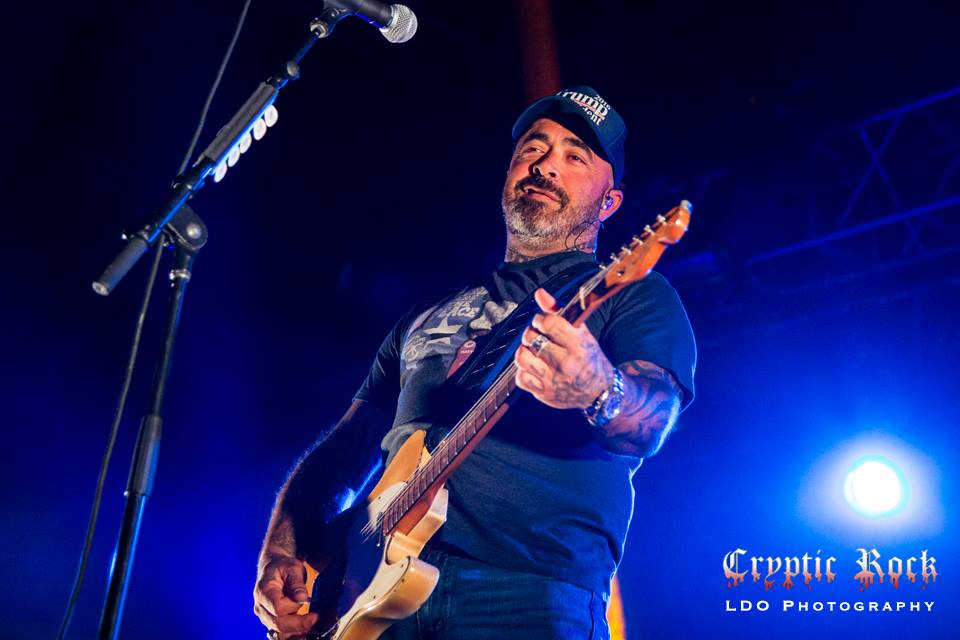 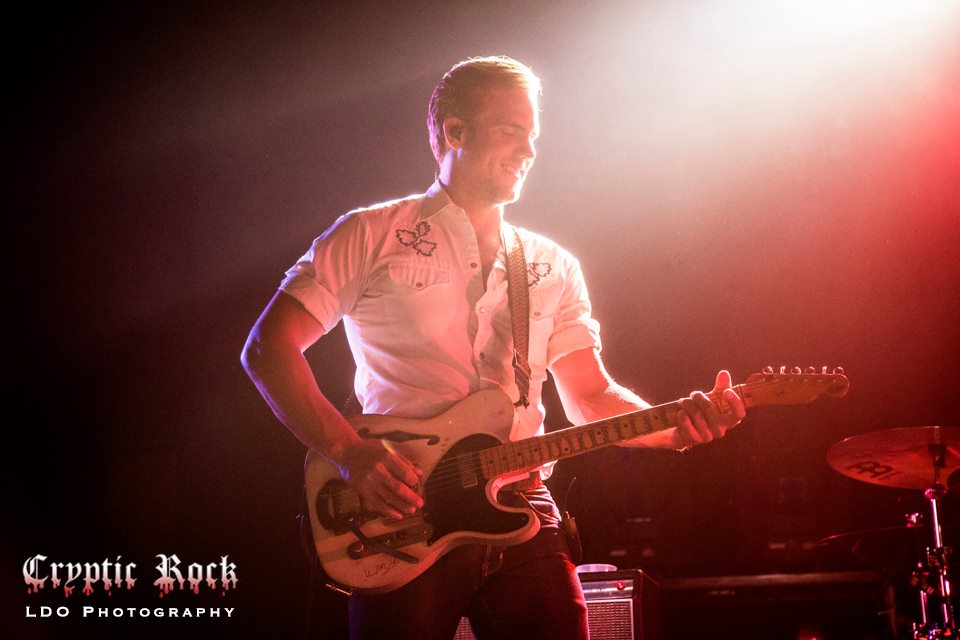 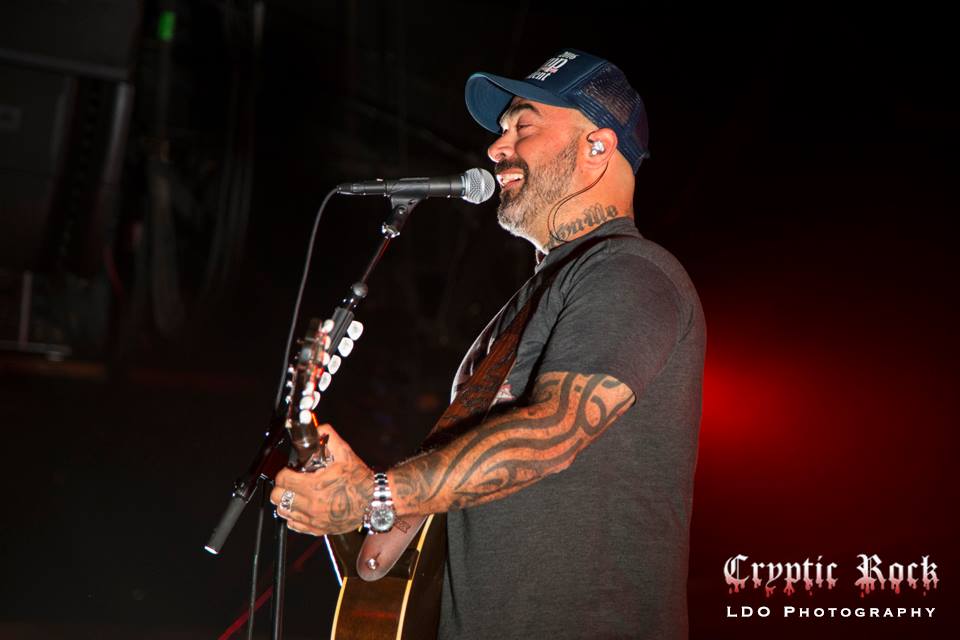 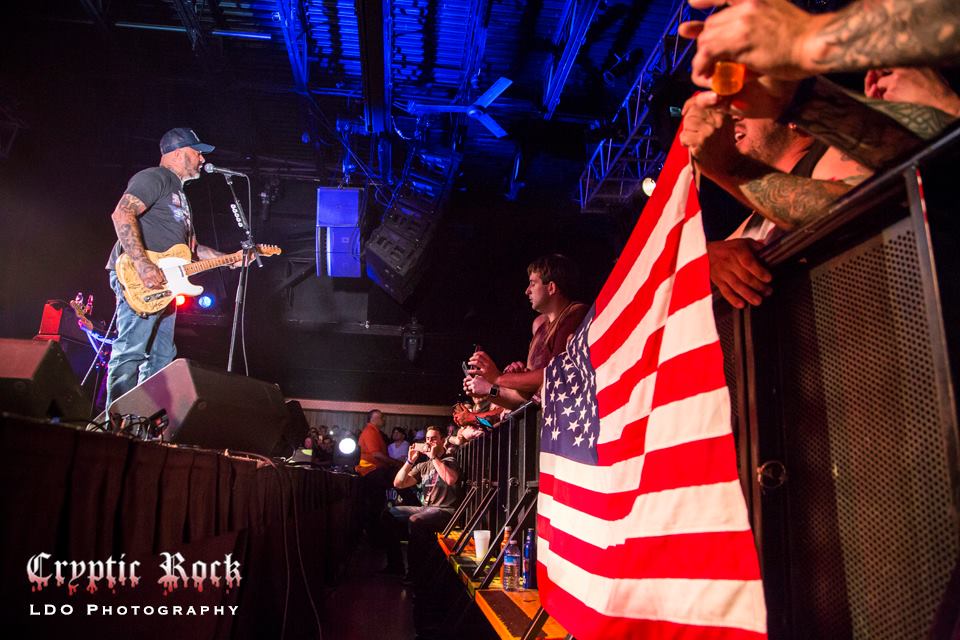 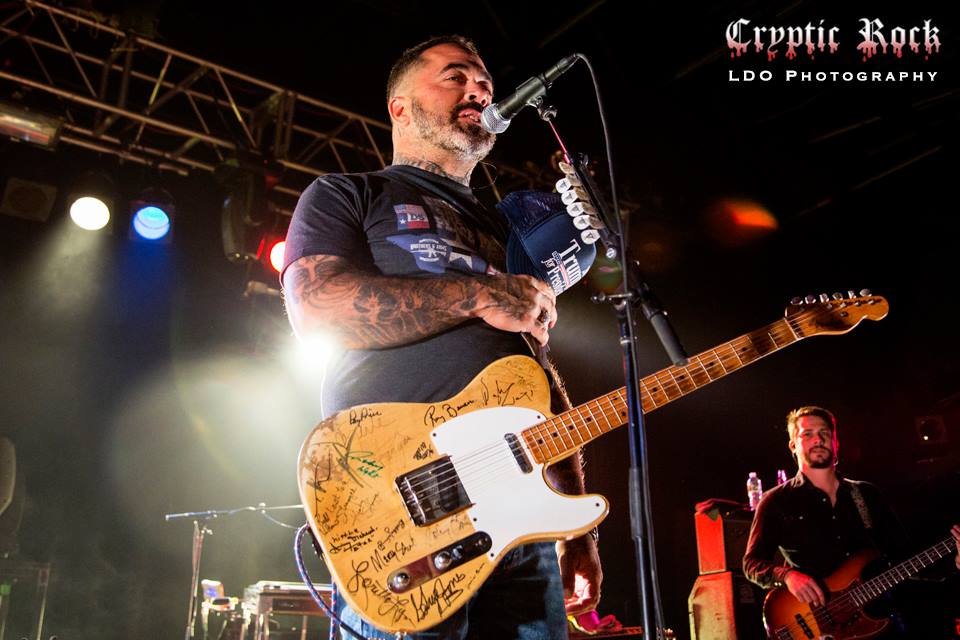 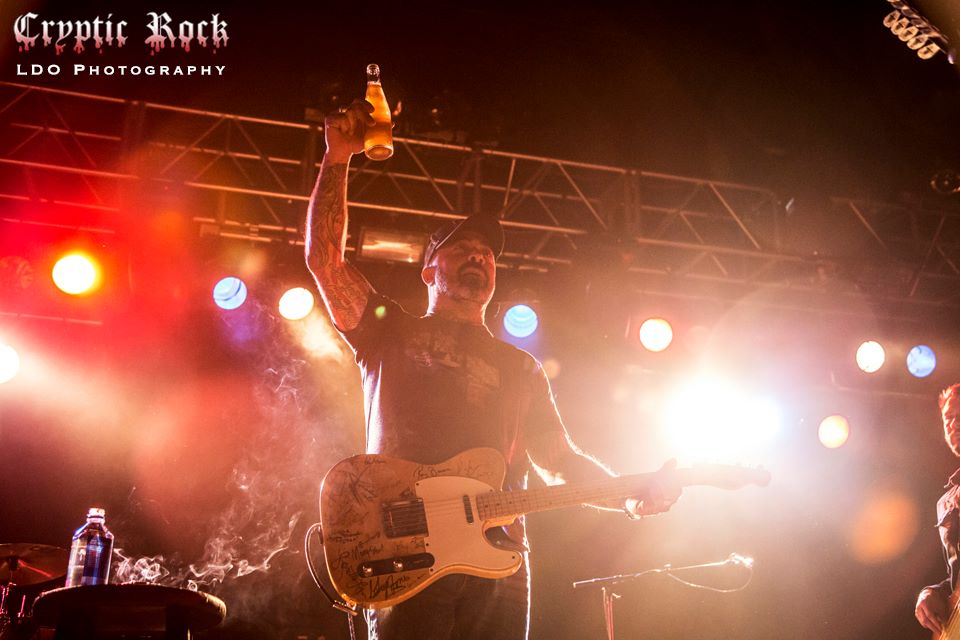 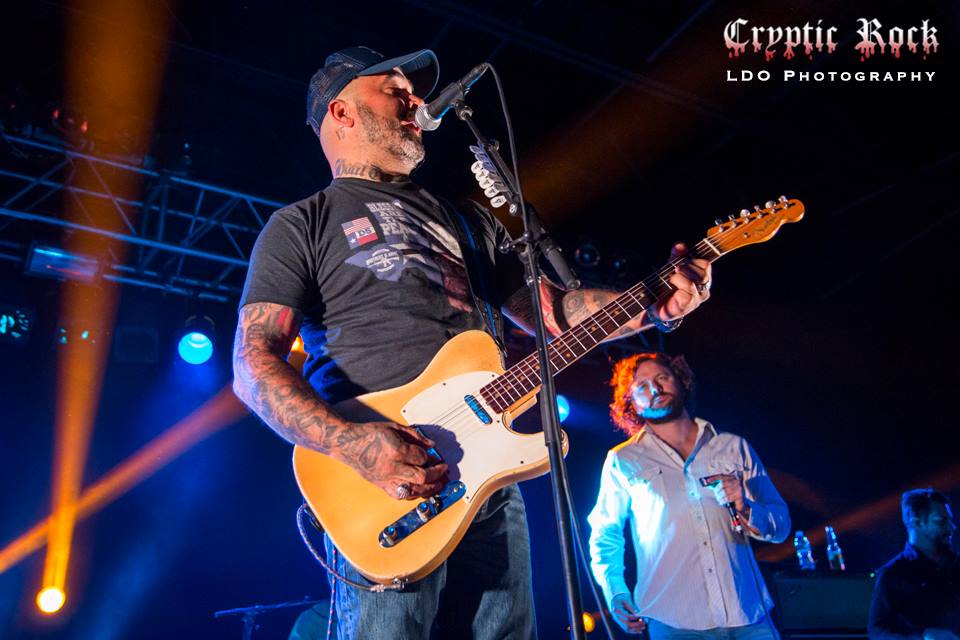 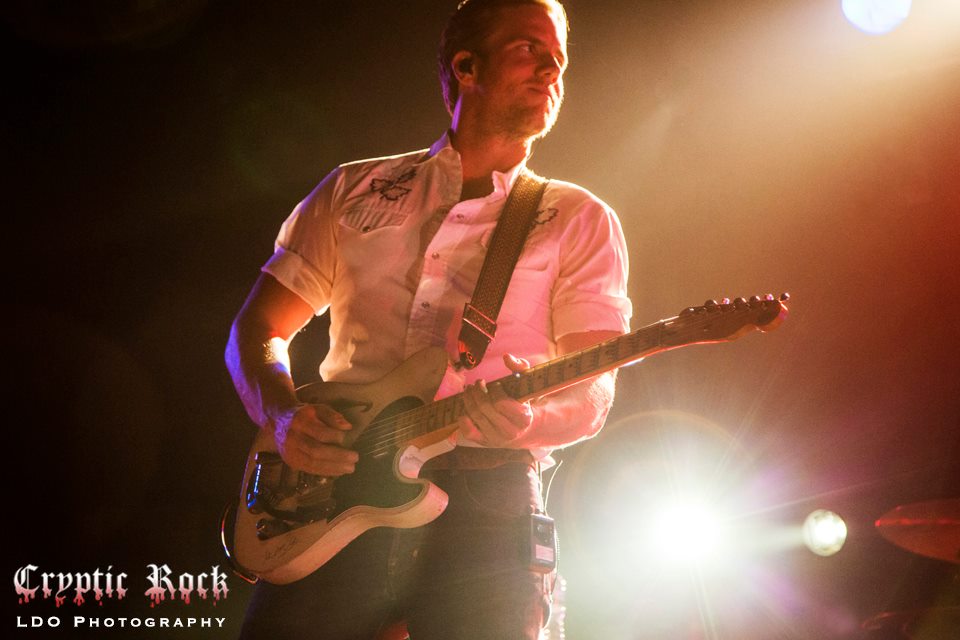 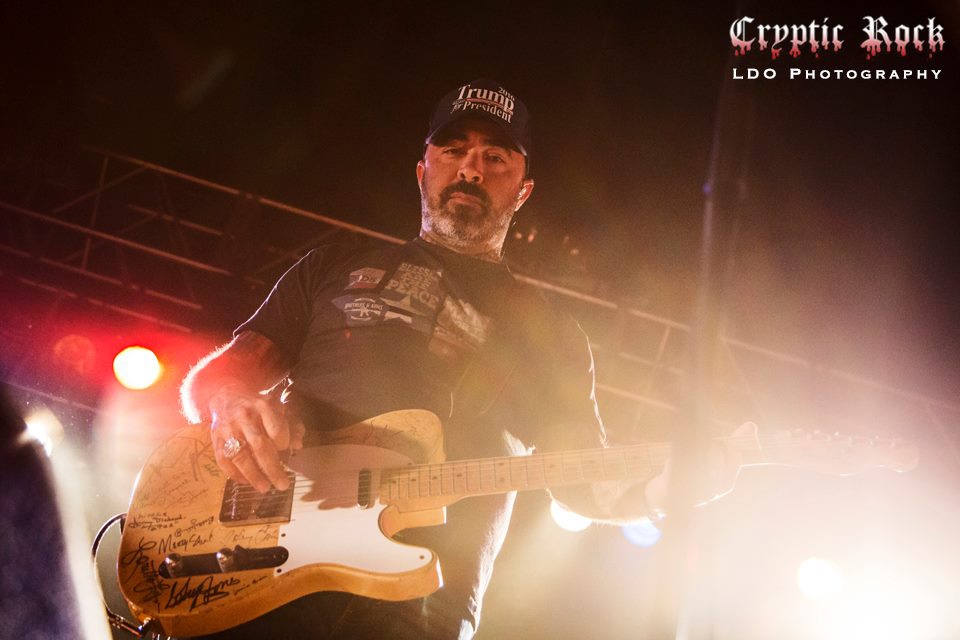 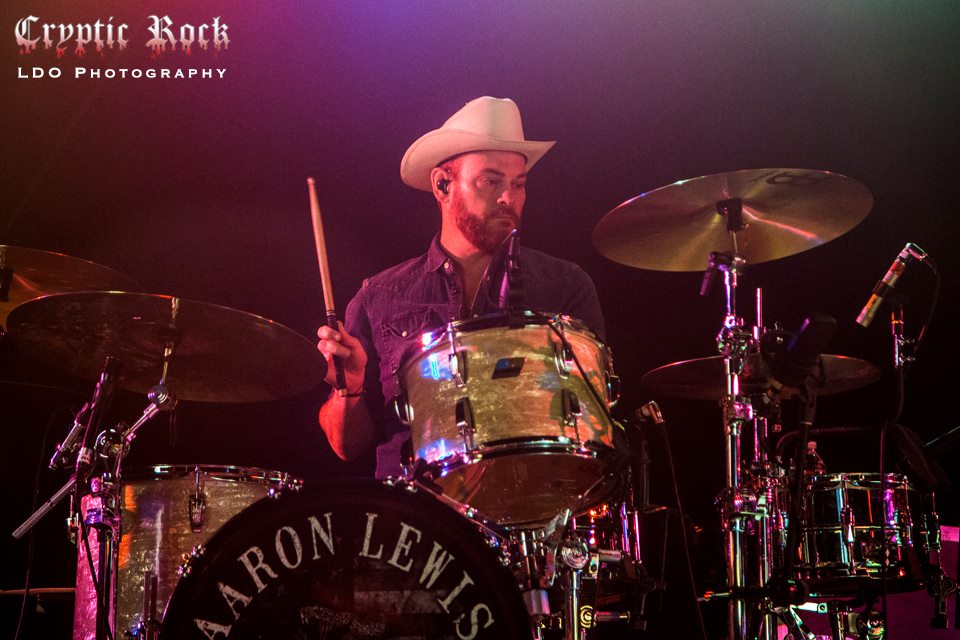 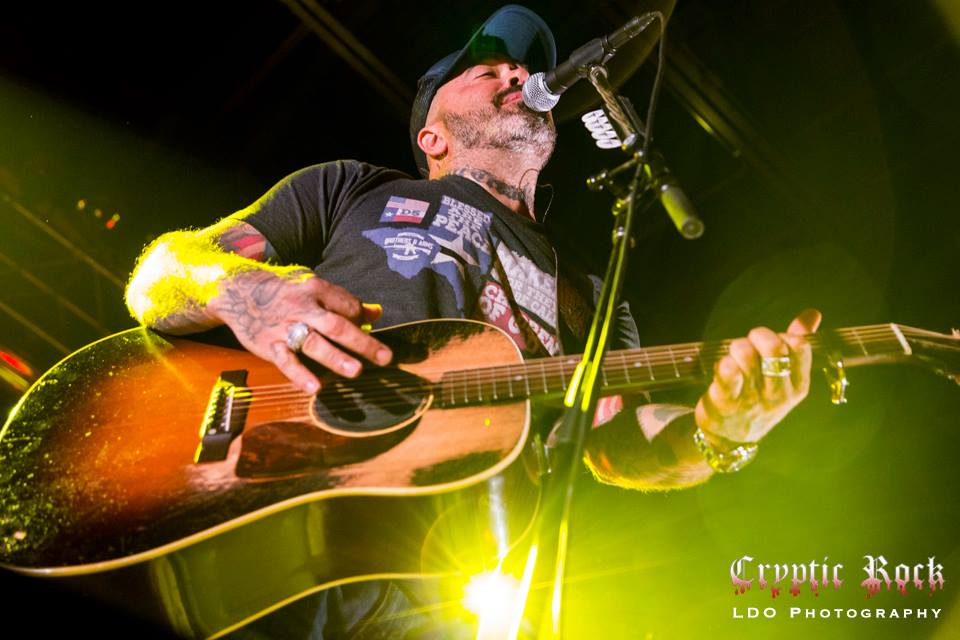 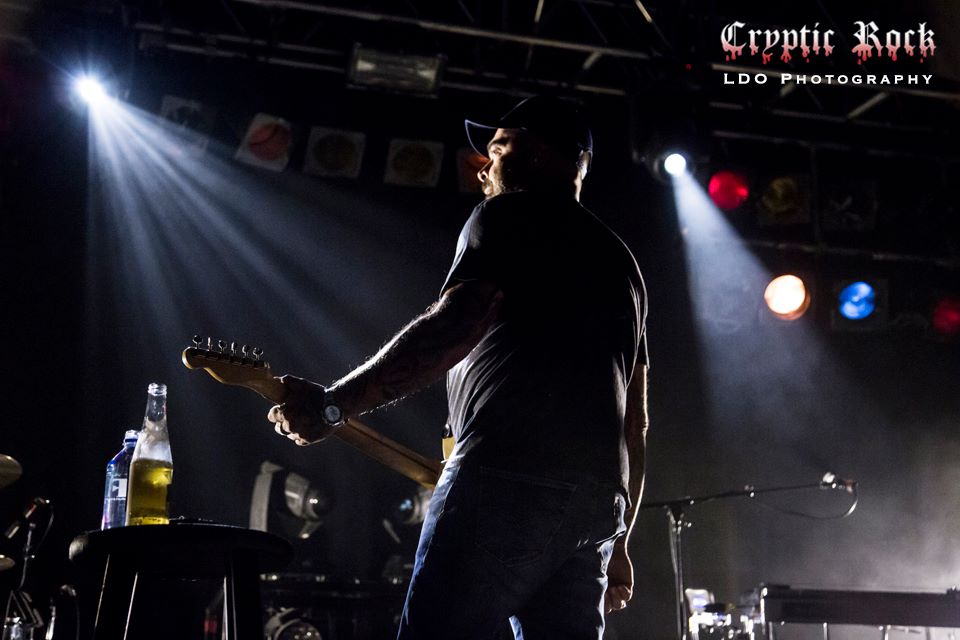 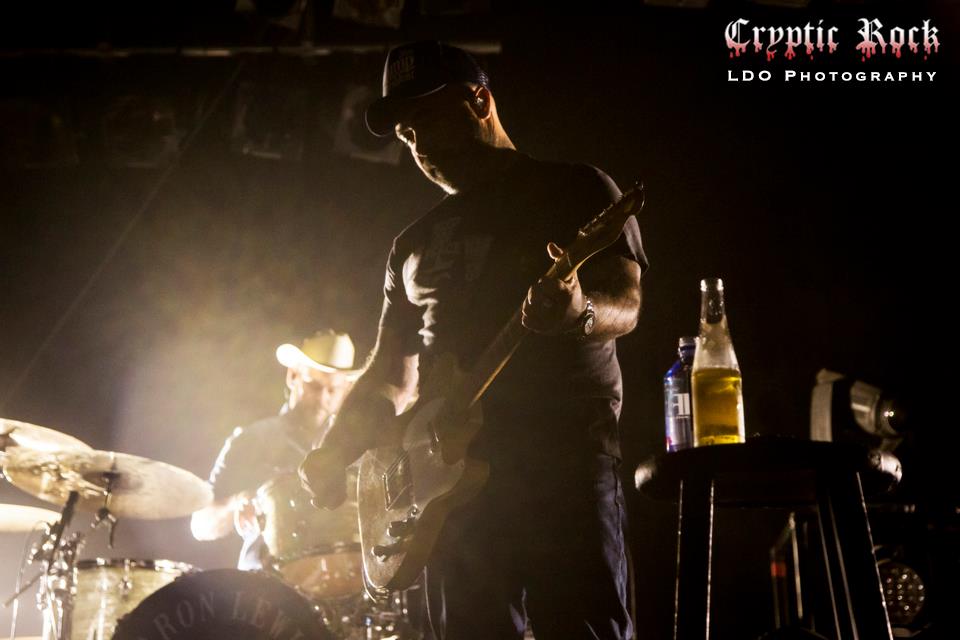 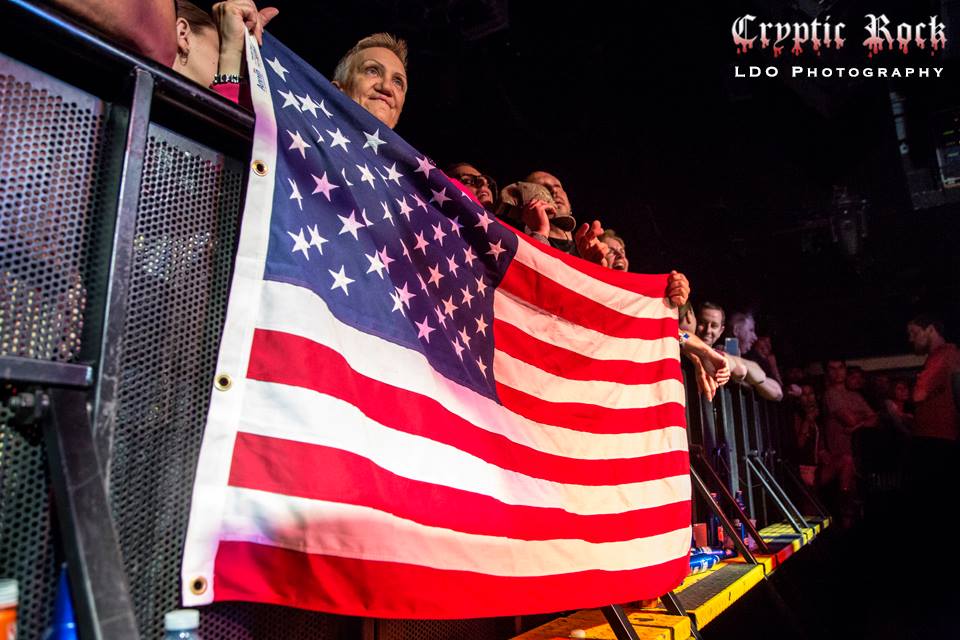 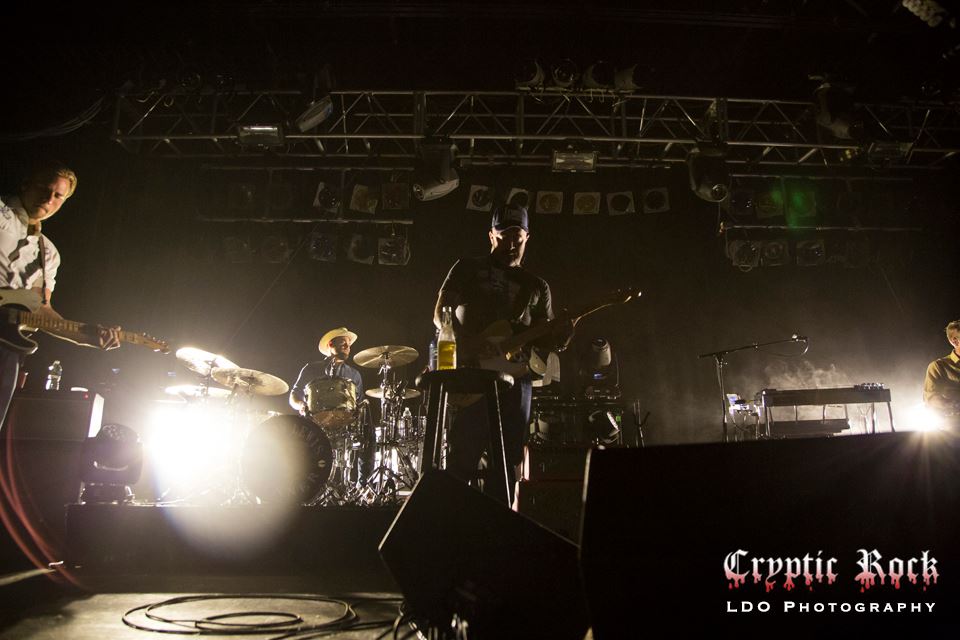 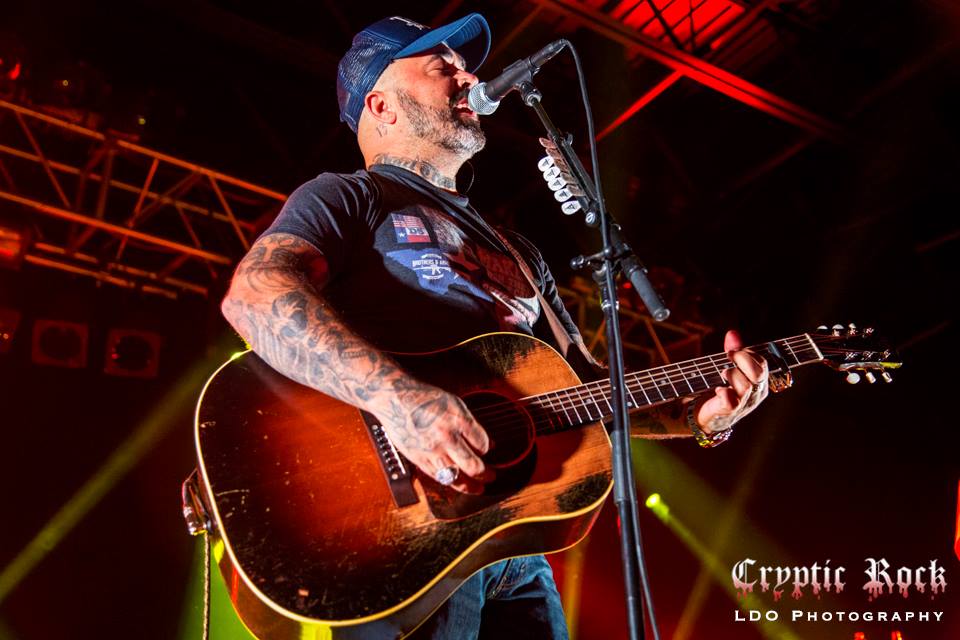 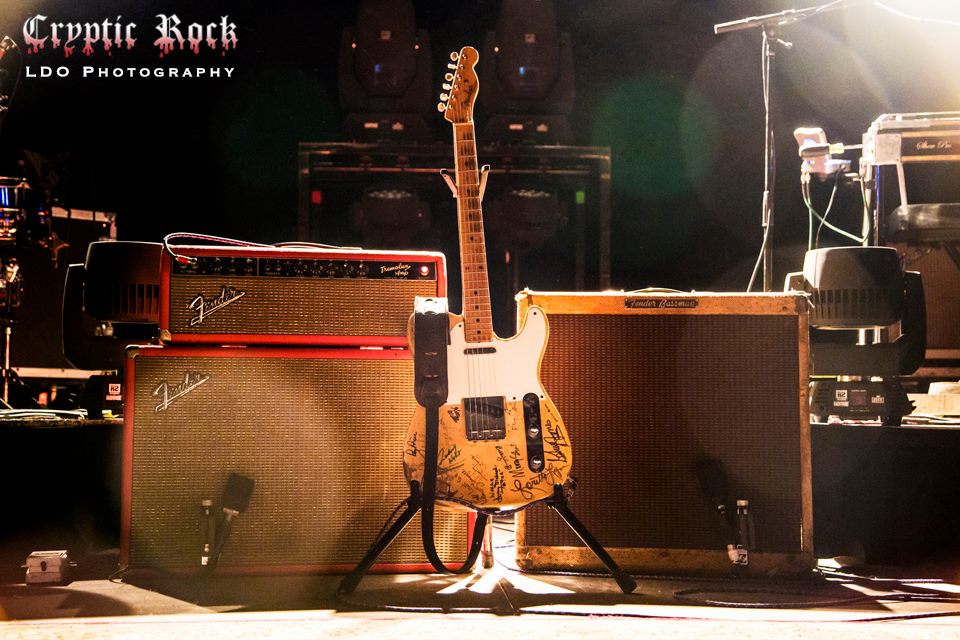