Fresh off an extremely busy 2016, Heavy Metal funny man Jim Breuer shows no signs of slowing down heading into the new year. Spending most of last year out on the road mixing stand up comedy gigs with concerts in support of his newfound Rock band, Jim Breuer and the Loud & Rowdy, the Long Island, New York native continues to be a mainstream success. With a knack for making people laugh utilizing observational humor, an energetic delivery, emotive facial expressions, as well as entrusting his own life into jokes, Breuer is to be described as a family warrior. Speaking of which, Breuer continues to keep his schedule balanced between family, headbanging, and laughter as he heads out on the Marriage Warrior Tour of 2017.

A line of shows which began on January 14th, Breuer returned home to his beloved Long Island area on Saturday, February 11th, for a night at The Paramount down in Huntington Village. A place of comfort for Breuer, familiar with the culture and mentality of Long Islanders, it seemed only natural it would be a three set night, begun at 5PM, before encore performances at 7:30PM and 10PM. All three shows were packed tightly with dedicated fans, friends, and family, as Breuer’s return to The Paramount would come almost a year to the date of last year’s three performances held on February 13, 2016. A second annual Valentine’s Day weekend extravaganza, energy was high as everyone filed into the prime time 7:30 PM show.

With local Rock station WBAB 102.3 FM on hand, the fun kicked into gear with opening Comedian Bryan McKenna. Also hailing from Long Island, McKenna is a young comedian who was featured at LaughYourAshvilleOFF Comedy Festival in 2015 and was also a quarter finalist in the Carolines on Broadway March Madness Contest in 2015. Creating a name for himself, McKenna has found himself opening shows for Breuer on the national circuit and was ready to come on full force with the Long Island crowd.

Seeming relaxed on stage, McKenna blasted into a set that was even-flowing and keen to the struggles of being a Long Islander. Immediately tapping into locals’ frustrations, he went on to say it took him over five hours to drive to The Paramount even at less than ten miles away. Going on to poke fun of himself, McKenna made light of living in his parents basement, attending Nassau Community College, and having issues finding a girlfriend at online dating sites. Very smooth in his delivery, he easily transitioned from talking about relationship expectations to the awkwardness of public breastfeeding. Keeping the audience laughing, McKenna was a hit as an opener directly segueing into Breuer moments later. 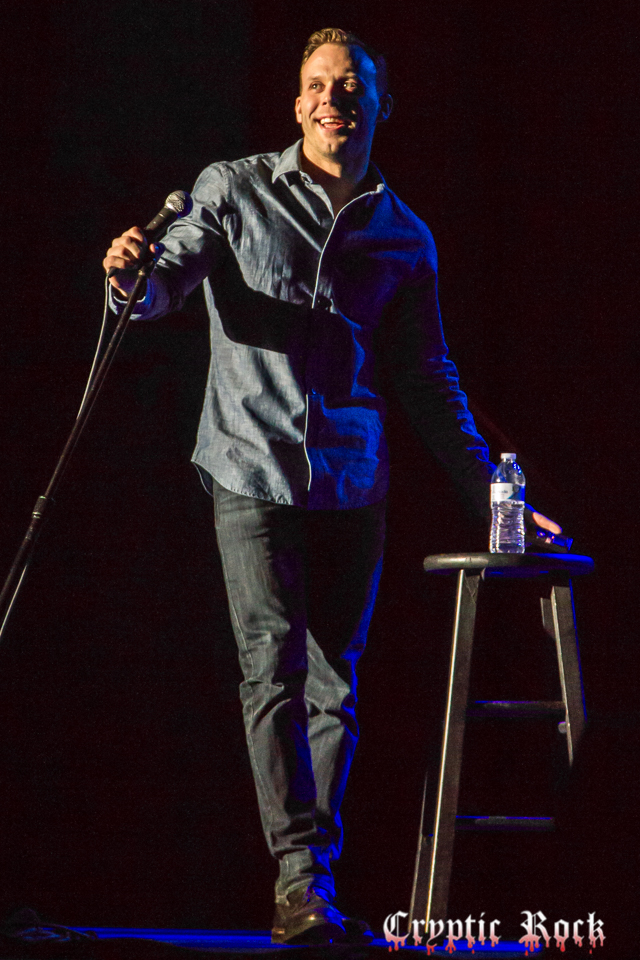 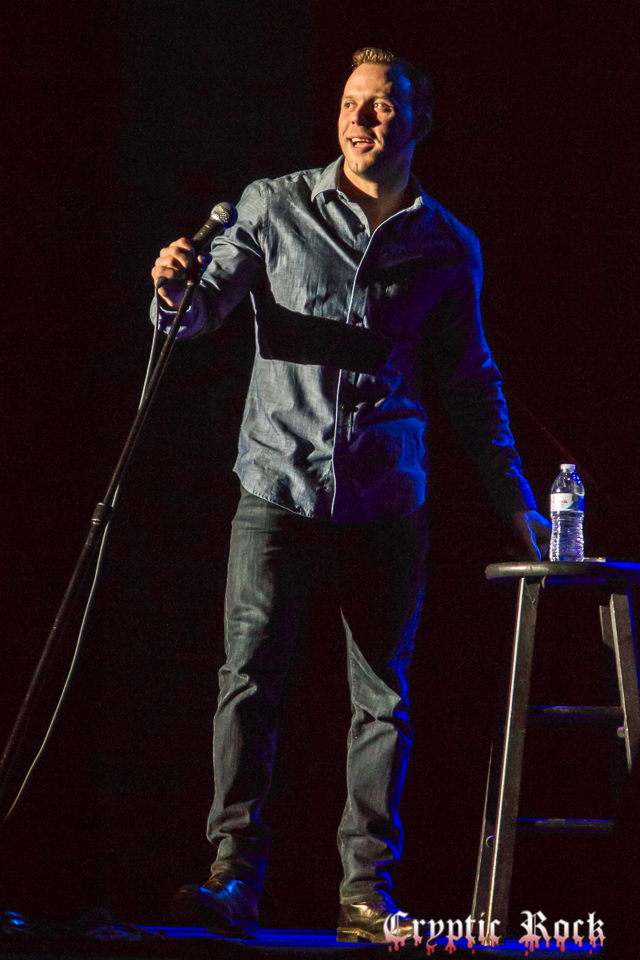 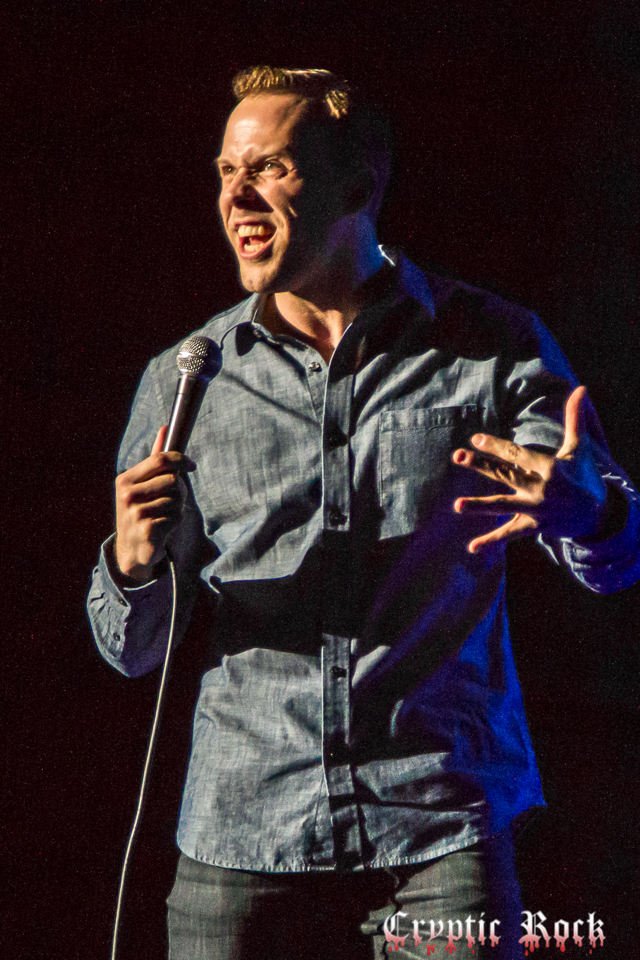 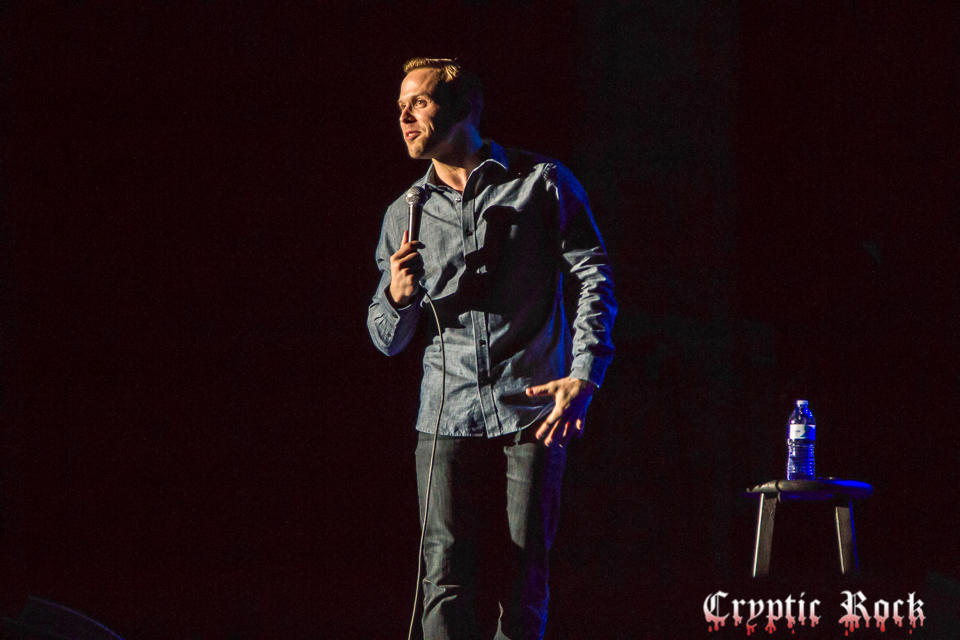 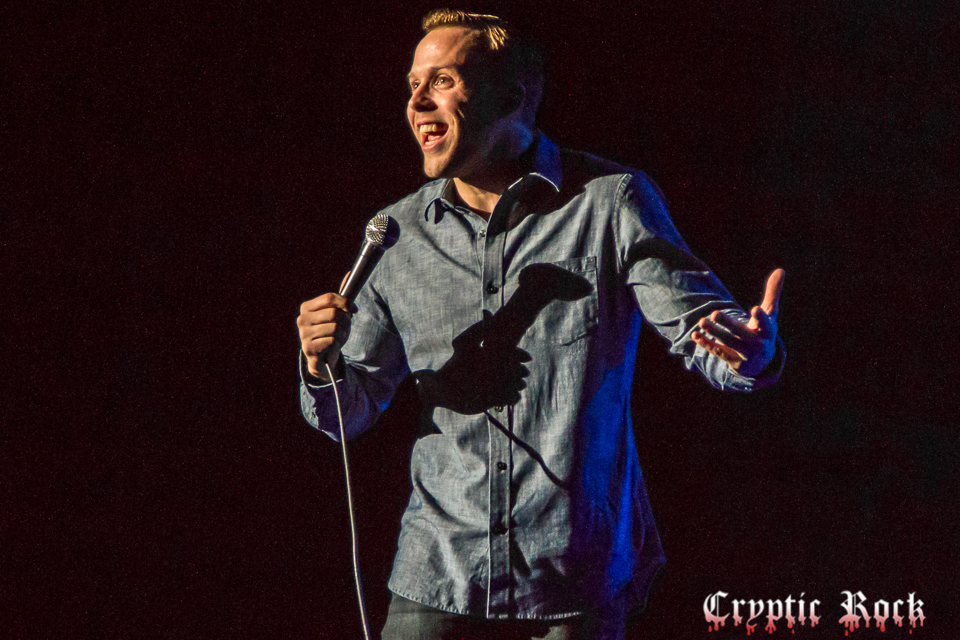 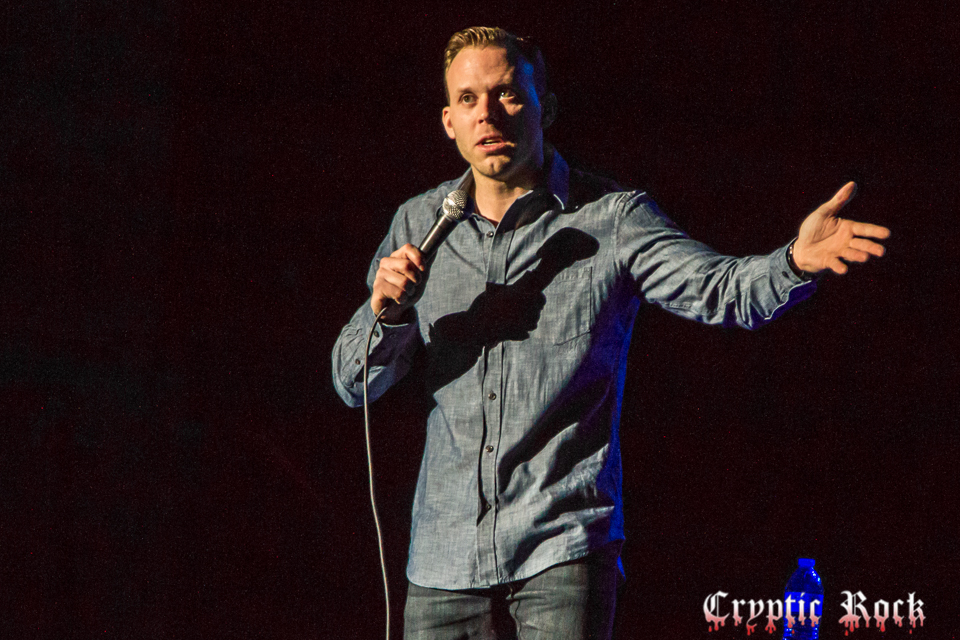 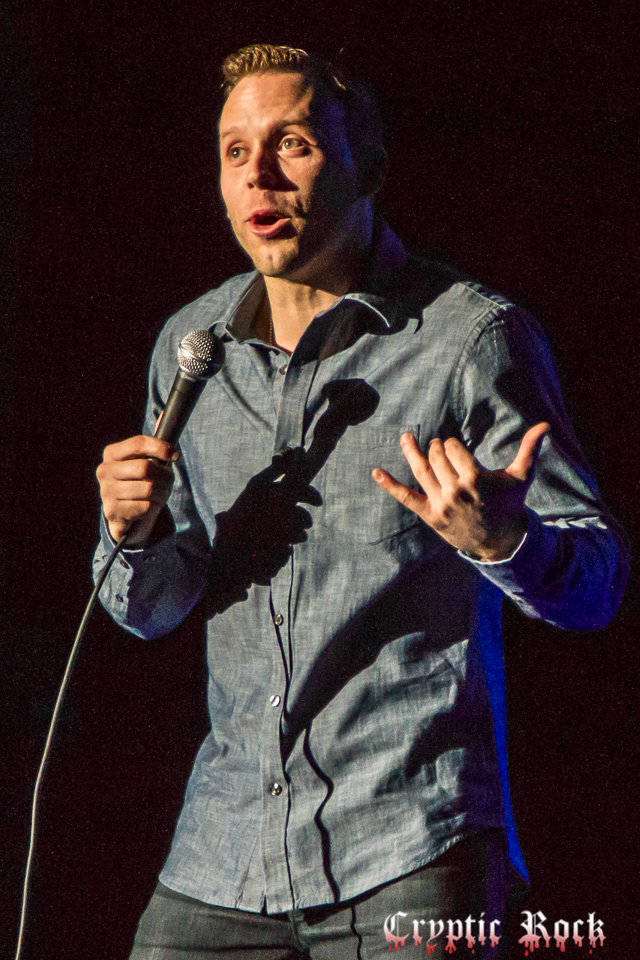 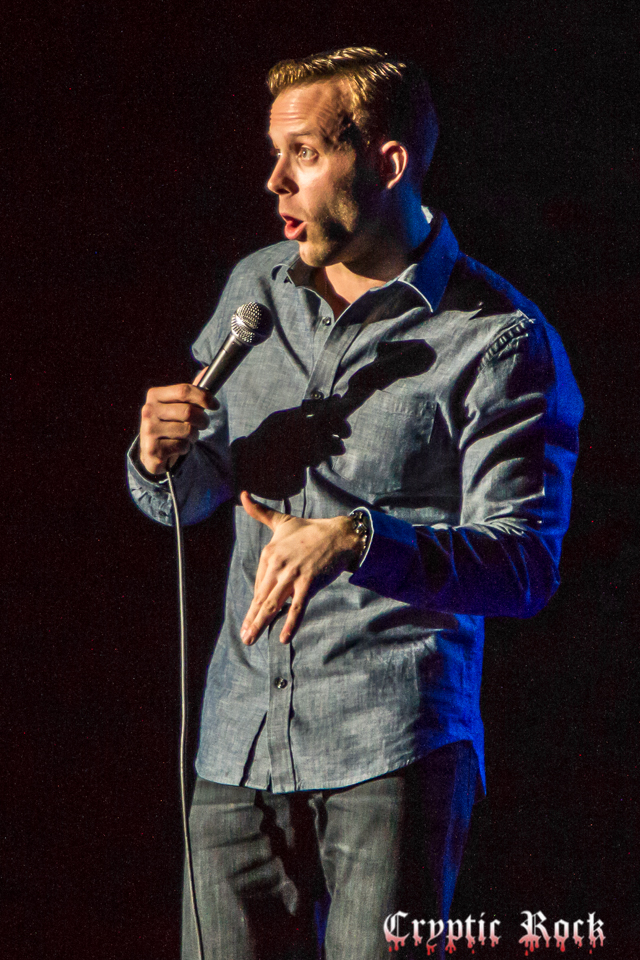 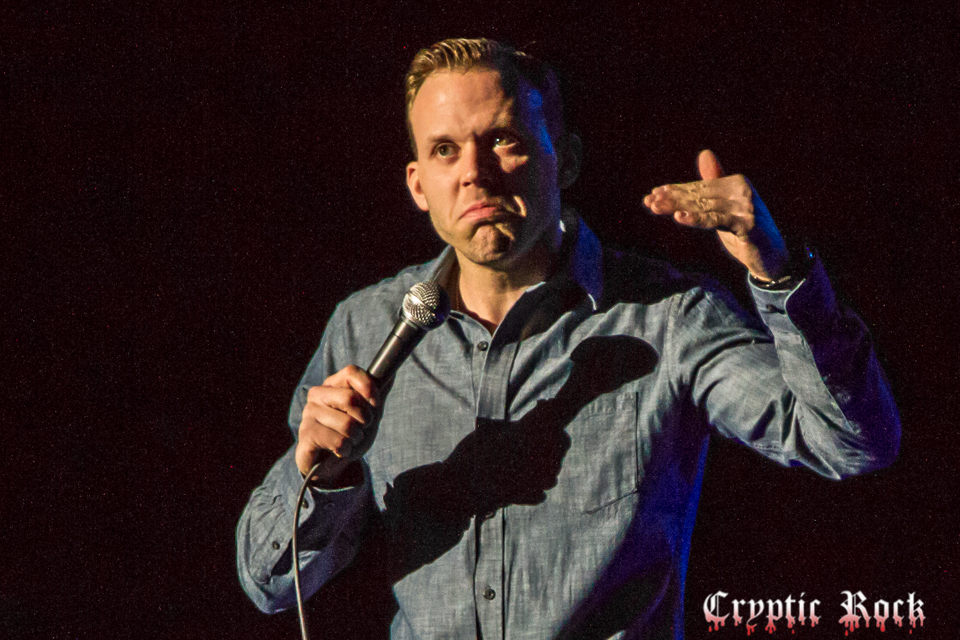 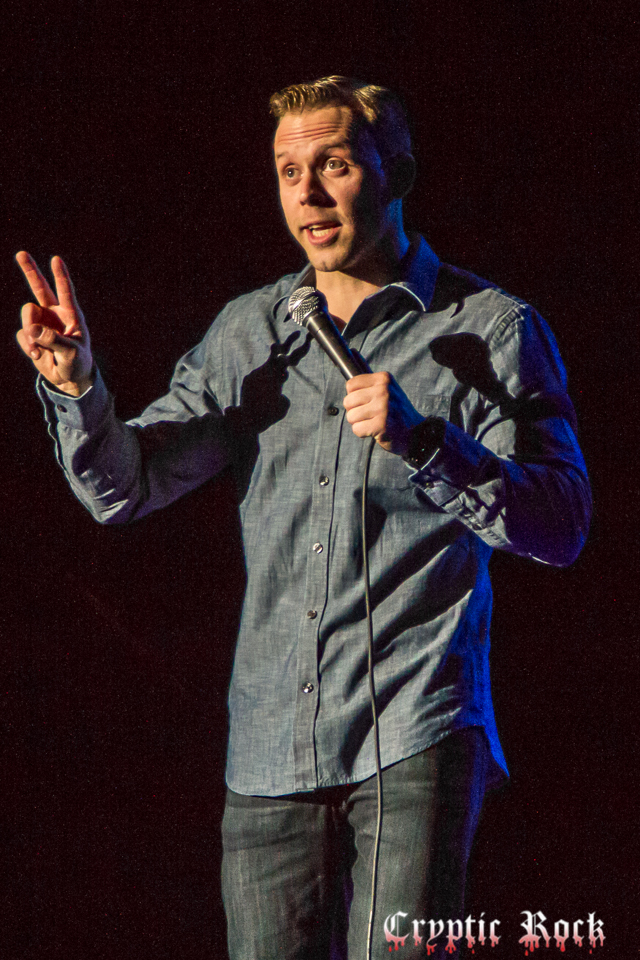 Now warmed up, the audience immediately erupted into cheers as Breuer walked out smiling. Keeping things fresh, it was evident from the moment Breuer began he was not recycling any material from previous shows. Breaking the ice, he pointed out all the issues Long Islanders often complain about, including traffic, taxes, and the loathed strange car parked in front of the house. From there, Breuer pulled no punches and went directly into topical content including the ongoing distress in the country. A bold move, considering it is a very sensitive subject at the time, Breuer went right for the throat, poking fun of the endless protests. Grabbing the microphone stand and parading it around the stage, mocking the picketers, Breuer had everyone breaking out in laughs just from the expressions on his face.

Keeping on topic of the protesting and American attitude for a while, Breuer went on to take a jab at Hollywood celebrities as well as everyday people complaining about almost everything. On point, Breuer really tapped a nerve, receiving even more ruckus cheers of approval as he went on about how many Americans just do not know how good they have it. Seamlessly moving onto more current events, he went on about police officers and how he would simply not have the right temperament to deal with others. Illustrating such, he played out a hypothetical  situation of a cop speeding after someone running a red light, all while their wife chirped in their ear via a phone call to bring home a birthday cake.

Taking a breath from the hilarious, yet truthful rant, Breuer somehow found a way to mix in a segment about his beloved New York Mets and the terrible ending of the 2016 season at hands of top-rate Closer Jeurys Familia. Sympathizing with Familia, who has taken a licking from the media for his inability to close out big games, Breuer likened the experience of failure to frustrations he still feels years later from striking out back in fifth grade. Complete with impersonations, sound effects, and a sincere passion for what he was talking about, Breuer received even more roars from the large group of Mets fans in the audience.

Already covering a broad range of matters, no Breuer show is complete without some family talk, and this is when the Marriage Warrior really caught fire. The father of three teenagers; 18, 15, and 12; it is amazing Breuer still has all his hair, let alone his sanity. All at an age when their hormones and attitudes are raging, Breuer dished out hilarious stories where he is the odd man out trying to act as a mediator and voice of reason.

Forthcoming, perhaps the most vivid imagery he painted was a recent situation where he returned home from a gig up in Vermont, Maple Syrup in hand, excited to see his family. Entrusted into a war zone between his now unhinged wife and three sassy teenage daughters, Breuer had the audience in tears as he laid out a situation where his wife ragefully lets loose on him before he walks in the door. From here, the family cat is in a state of trauma clinging onto the scratching pad as Papa Breuer heads upstairs to get the other side of the story from his girls.

An all out laugh fest, no doubt relatable to many other families, Breuer went on to liken his wife to that of a grizzly bear; cute and cuddle if you do the right thing, but full of fury if you stroke her the wrong way. An analogy that will stick with audience members long after the show, Breuer kept the momentum going as he made light of darker subject matter such as morality. Fast approaching the big five-oh!, Breuer spoke like a man ready for peace and quiet, but cleverly pointed out he has to get there first.

Faced with the reality that as one gets older their body heals more slowly and things begin to breakdown, he closed out the night re-creating a situation in a physical therapy office where he encounters a man right around his age recovering from a stroke who simply cannot pronounce certain syllables anymore. Igniting more laughter, he contorted his face and voice to that of the character he was speaking about, ending the sad, but funny story with a message, a simple one, just enjoy life.

Adapting and changing his act through the years, Breuer really seemed to shine with his mixed bag of body language, family related situations, coupled with social commentary humor. With very few moments of silence in between, he offered a set that was true from the heart and connective with people of all ages on one level or another. Departing The Paramount smiling, laughing, and repeating jokes to one another, perhaps the most memorable aspect of the night was Breuer’s ability to drive home the joy of life. Important to realize not everything is as glum as it seems, stand up performances such as Jim Breuer’s are an important reminder to have in this wild ride we call life. 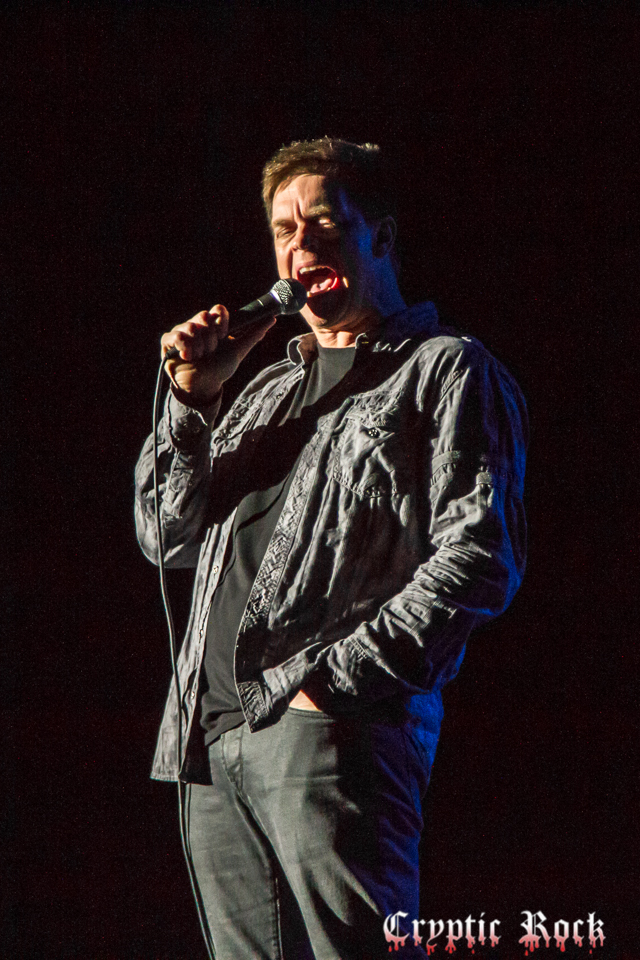 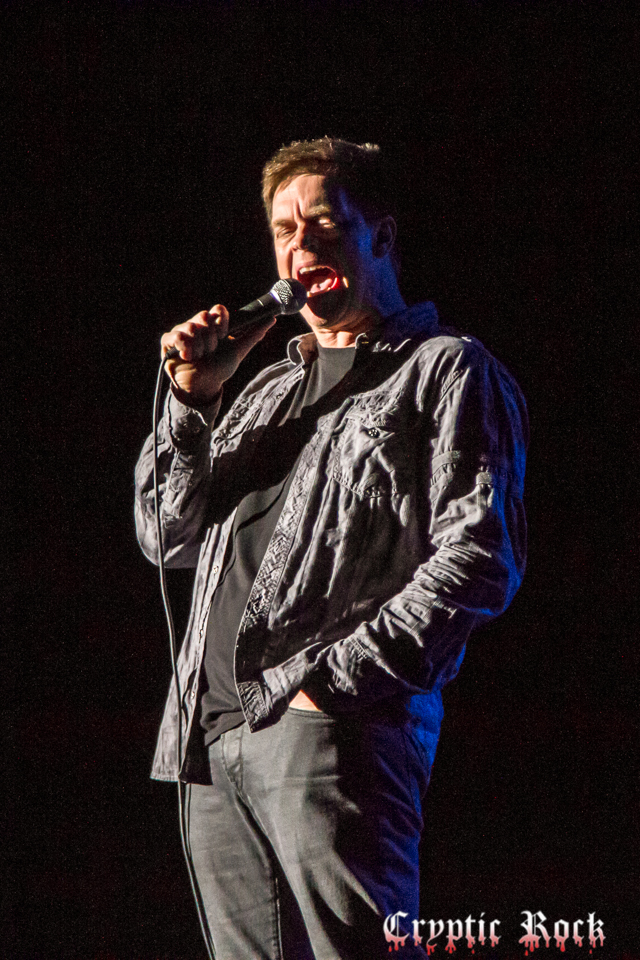 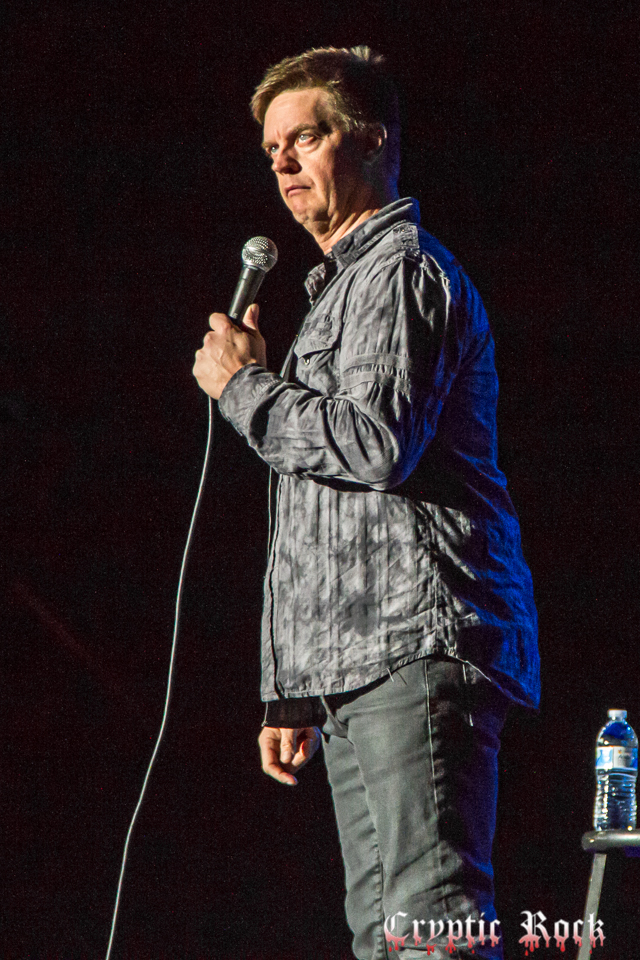 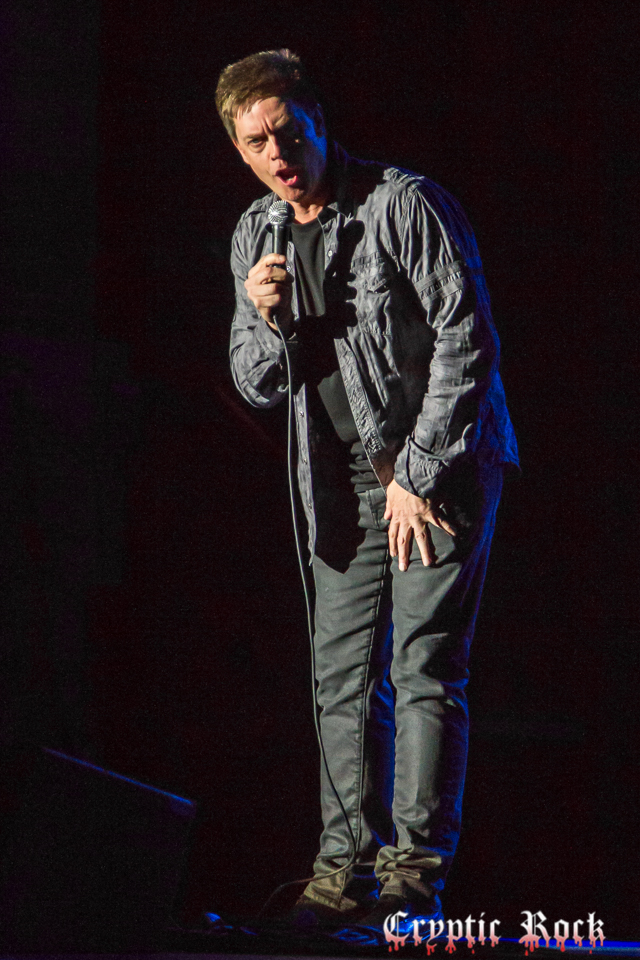 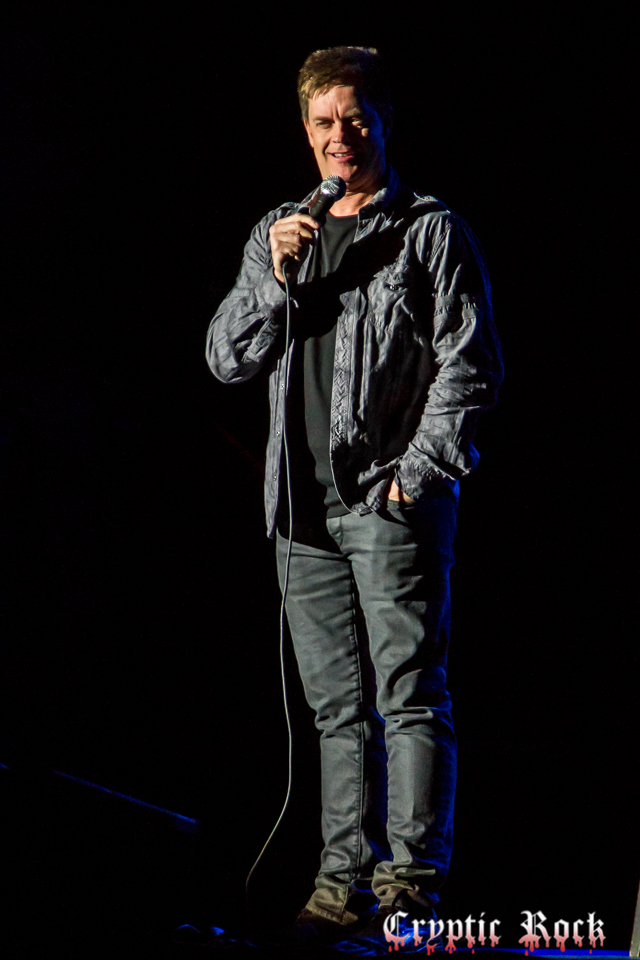 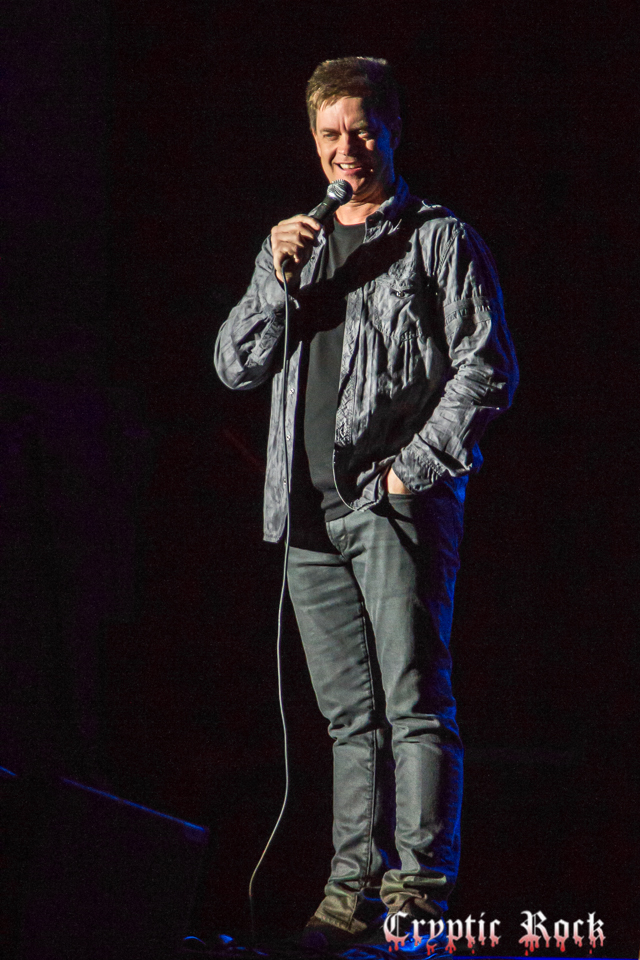 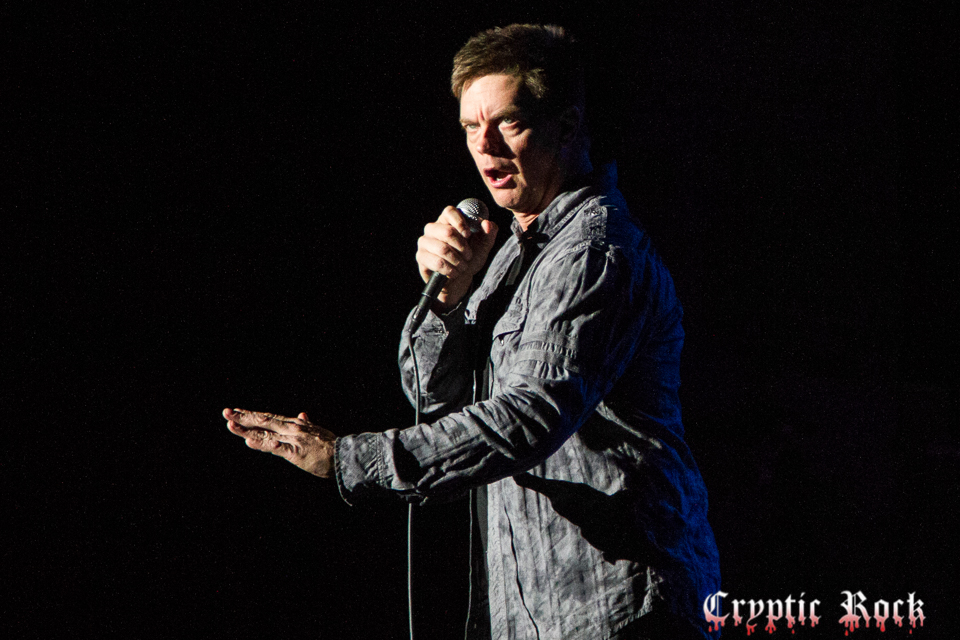 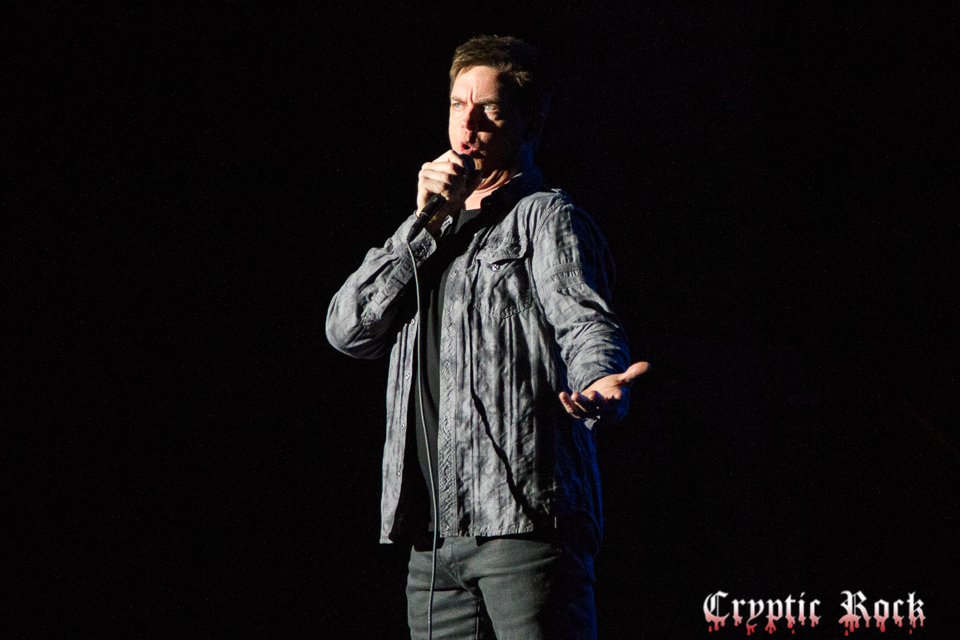 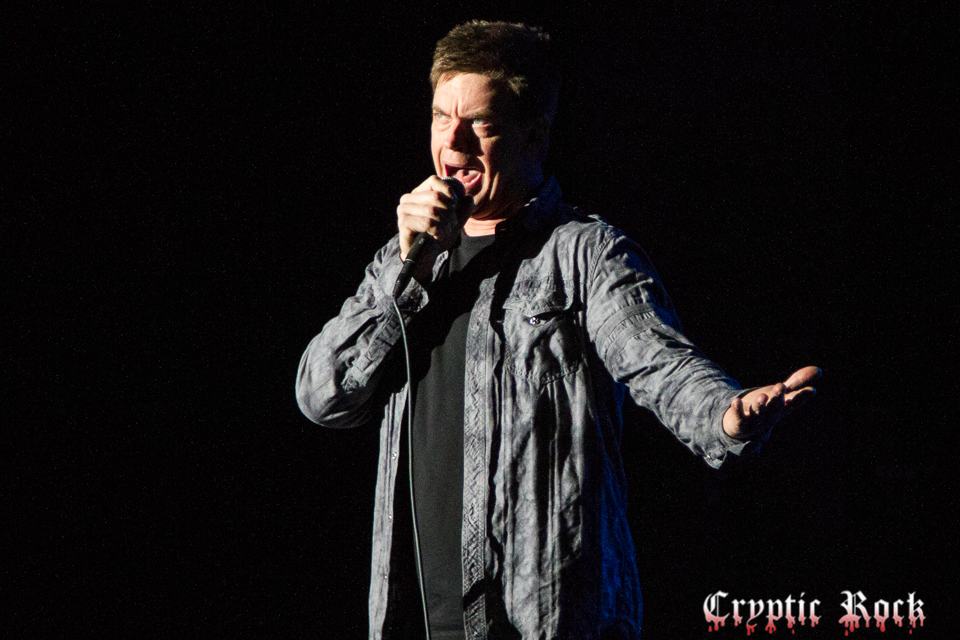 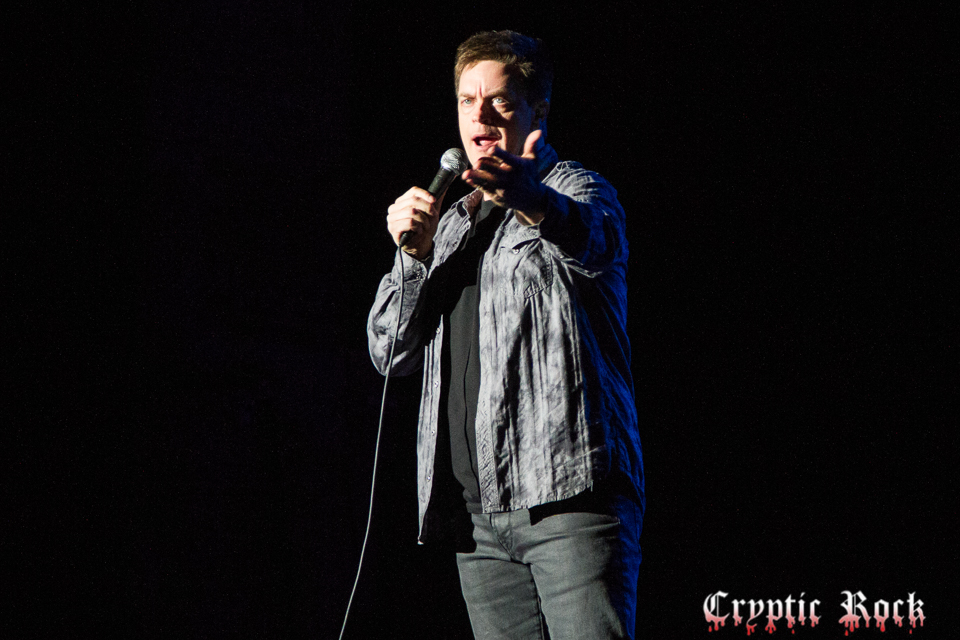 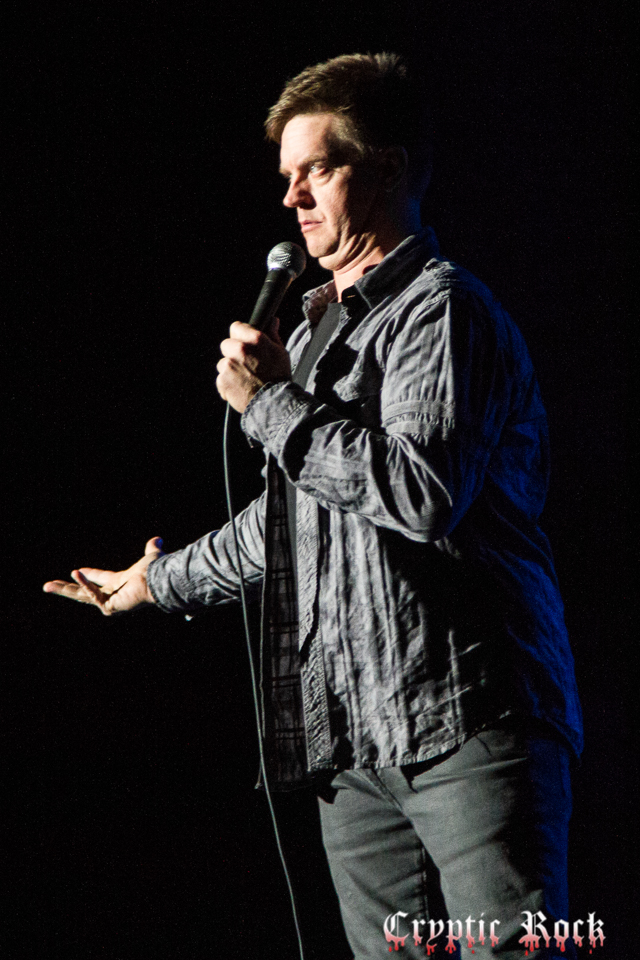 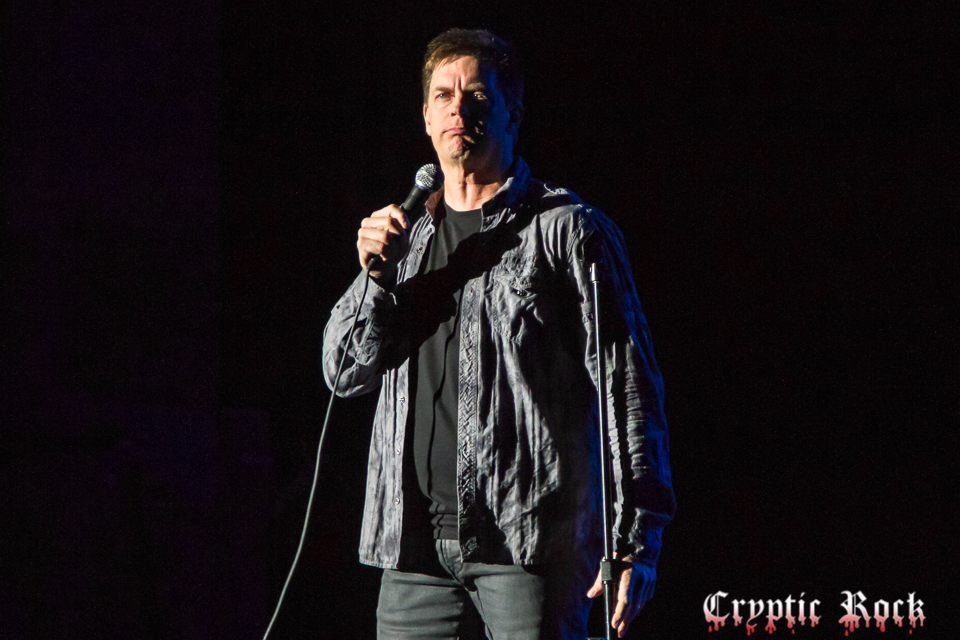 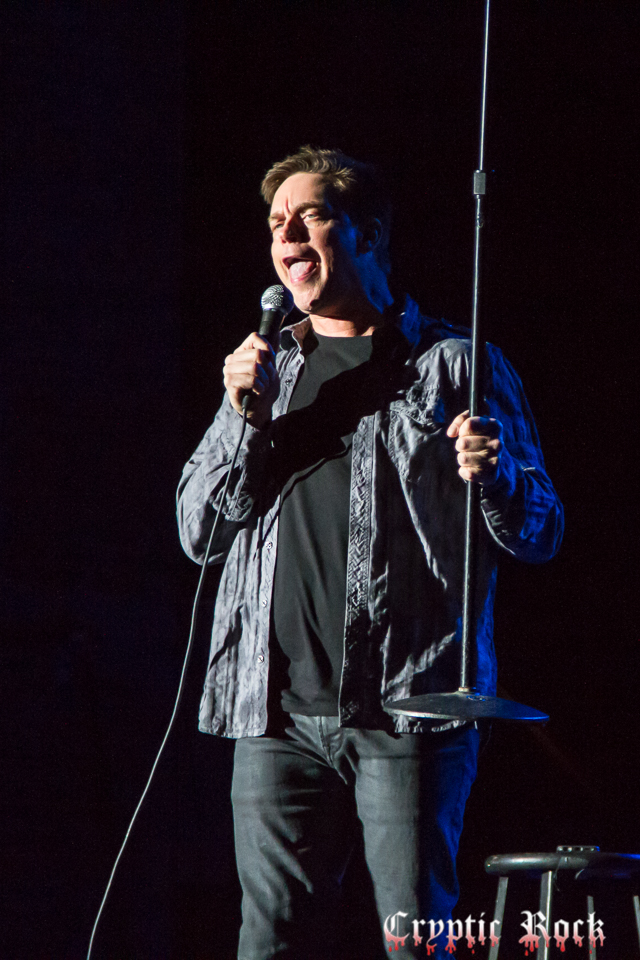 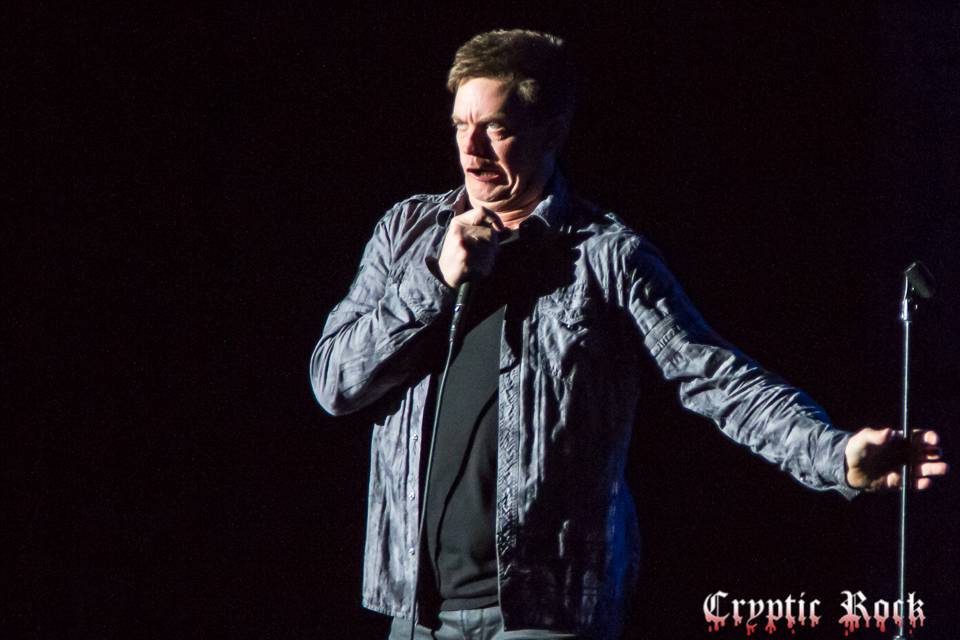 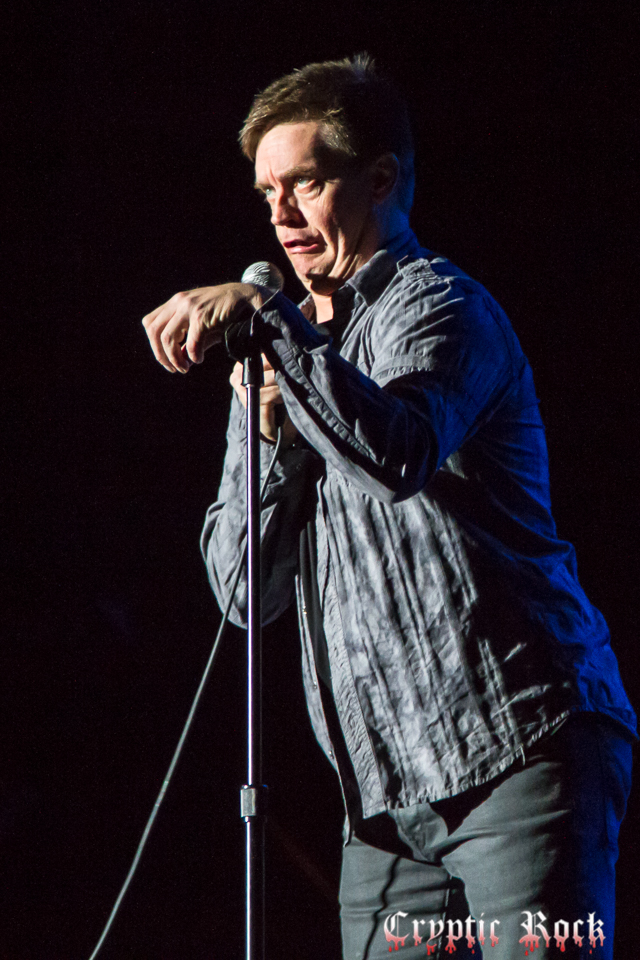 Skindred – Roots Rock Riot (Reissue Review) Dee Snider – Leave A Scar (Album Review)
Like the in-depth, diverse coverage of Cryptic Rock? Help us in support to keep the magazine going strong for years to come with a small donation.