Sevendust Bring 20 Year Celebration To The Space At Westbury, NY 6-24-17

Over the past 20 years, the world has seen a great deal of change. Leaders have come and gone, technology has engulfed everyday living, but one thing has remained unifying and constant, the power of music. While the trapdoor of the music industry continues to open and swallow artists, a little band out of Atlanta, Georgia has withstood it all. With roots dating back to 1994, first calling themselves Snake Nation, then Rumblefish, then Crawlspace, the annoyance of a copyright infringement notice for the latter appeared to be a blessing, forcing the young Georgian band to pick a new name. Their name would be etched in stone, becoming synonymous with the Alternative Metal movement of the late ’90s, and that name was Sevendust.

A hardworking group of musicians, Lajon Witherspoon (lead vocals), Clint Lowery (guitar/backing vocals), John Connolly (guitar), Vince Hornsby (bass), and Morgan Rose (drums/backing vocals), together have been tried by fire, withstanding the bankruptcy of TVT Records, the record industry’s deep recession, as well as their own personal losses. Celebrating the wild and crazy ride, Sevendust began a special 20th anniversary tour on June 21st, gift wrapping their self-titled debut album, performing it start to finish for the first time ever.

A limited run, the tour hit five cities in its travels, and one was a stop in New York on Saturday June 24th to host The Space at Westbury. The only New York show on the itinerary, picking Long Island as a destination was a no brainer knowing the history Sevendust has with the area. In fact, their debut album was co-produced by Long Island Metal royalty, Twisted Sister’s Mark Mendoza and Jay Jay French. Above that, Sevendust has built a family-like feeling among their supporters in the area, and as a result, The Space was packed tight as everyone waited with baited breath for the show to begin.

Putting the evening into motion, there would be a list of supporting acts, including Never Your Zero, He Is Legend, and exclusive to The Space, Long Island locals, The Hard Way. Kicking off the fun just after 8 PM, The Hard Way anxiously came out to rock the crowd with a heavy, aggressive brand of Metal. Performing a list of original songs, the band led by Billy Handy Jr.’s Pantera-like vocals fit like a glove as an opener. Next in the rotation was Texan band Never Your Zero. Taken along for the abbreviated tour, Never Your Zero sports a sharp modern Hard Rock sound that is earning them attention. Polished and tight, they had the crowd in the groove, hitting hard with songs such as “Push Me” as well as “The End.” For fans of Hard Rock with sincerity, Never Your Zero are worth checking out.

Following the two respective opening acts, it was time for direct support, coming from the veteran band He Is Legend. Building their own legacy on a brand of music that is heavy, loud, and sometimes chaotic, He Is Legend were proud to be out in support of their latest album, few. Displaying a mature sound, one which sees the band appearing quite comfortable in their own skin, the North Carolina based band were more than ready to dish it out to the Long Island crowd.

Led by Vocalist Schuylar Croom, He Is Legend quickly took over the stage of The Space, filling the air with songs such as “The Widow of Magnolia,” “Everyone I Know Has Fangs,” and the new favorites “Sand.” In sync with one another, Adam Tanbouz (guitar), Matty Williams (bass), and Denis Desloge (drums) battled through the set, turning on Sevendust fans with the distortion of “Mean Shadows,” a little tease of Soundgarden’s “Spoonman,” and closing tune “The Seduction.” A band difficult to corner into one genre, He Is Legend will continue touring July into August with Islander, To Speak of Wolves, and Bad Seed Rising, so be sure to check them out. 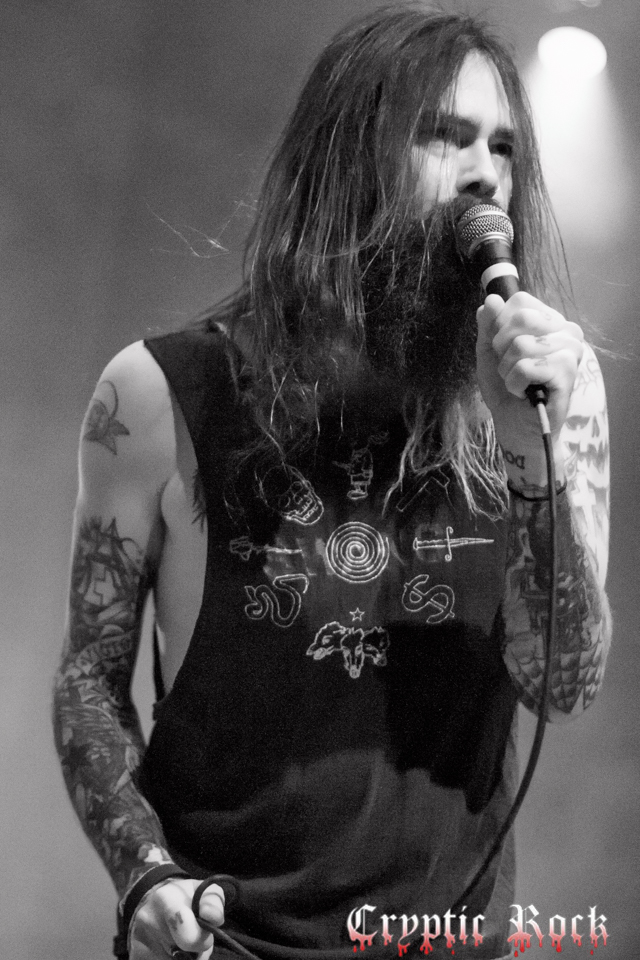 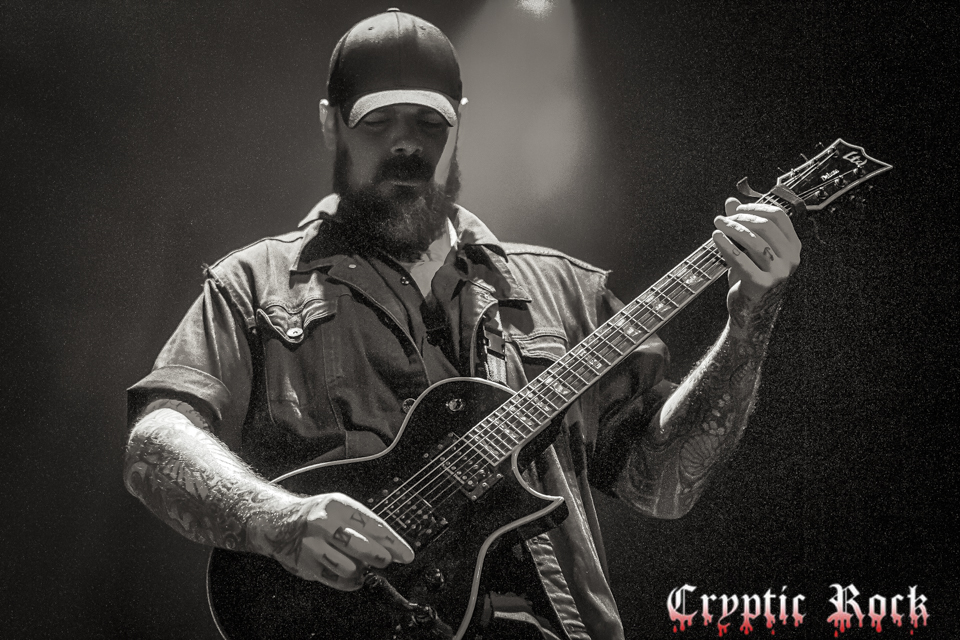 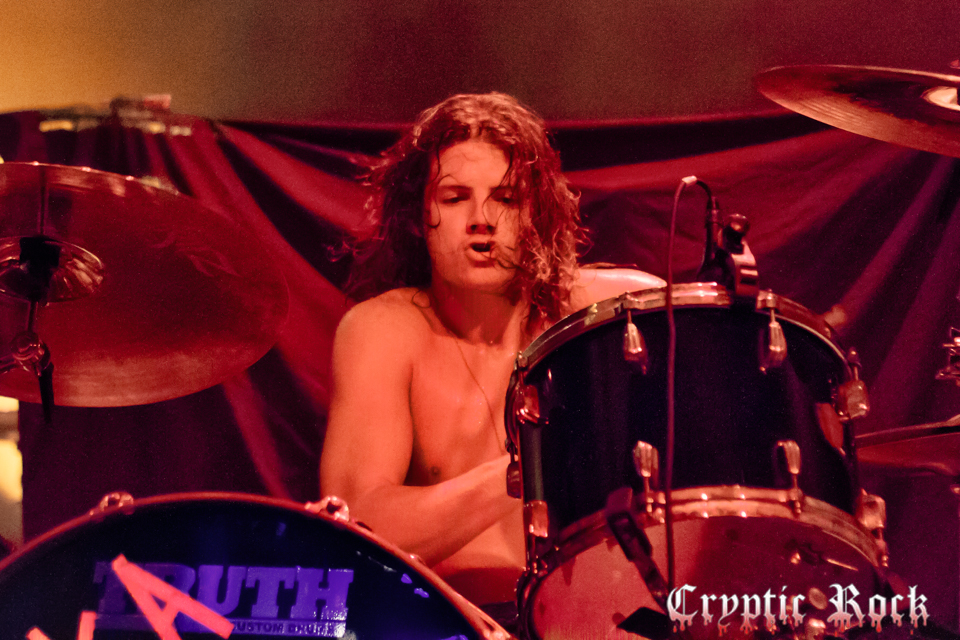 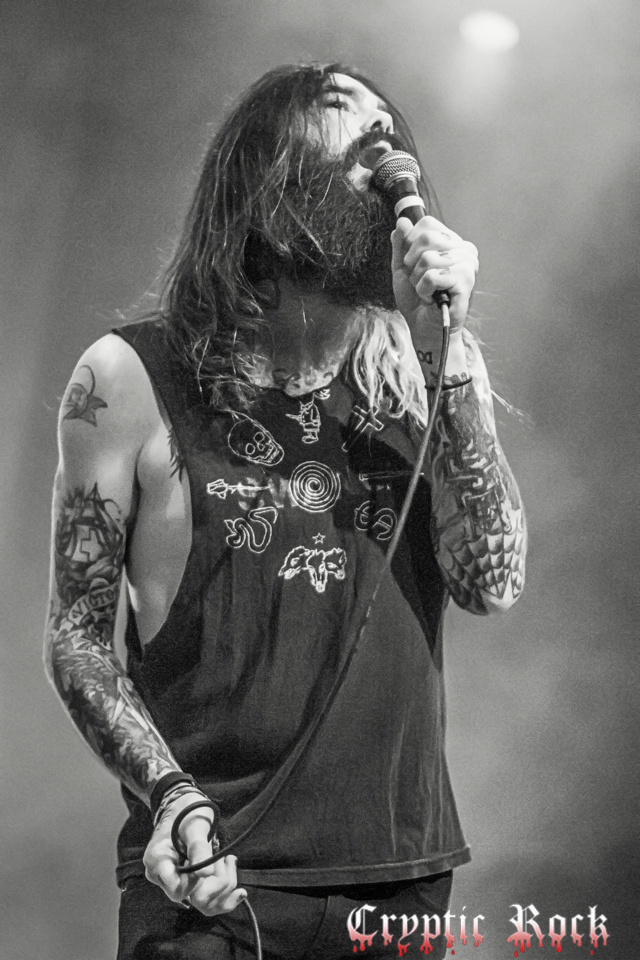 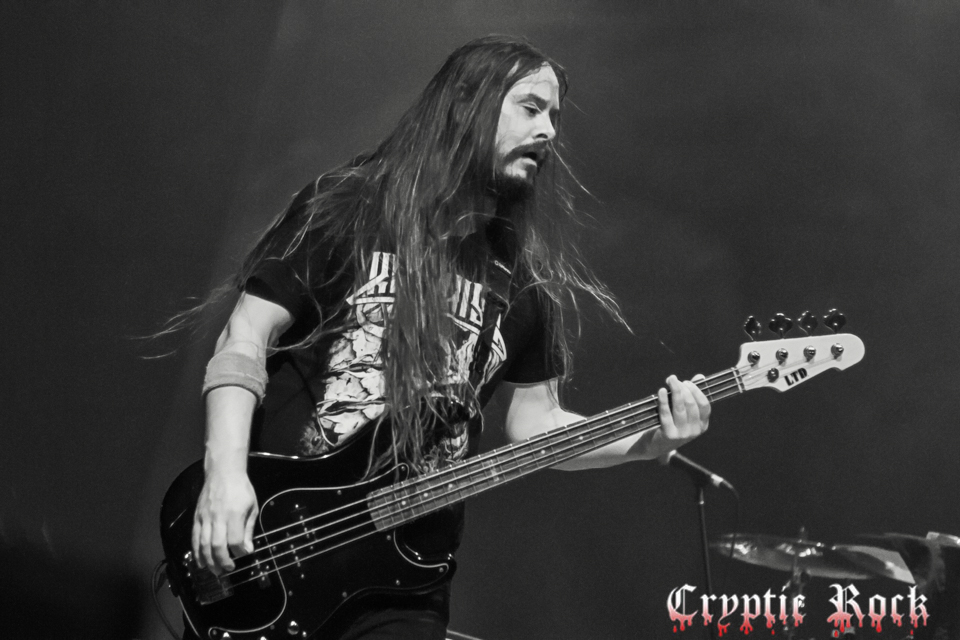 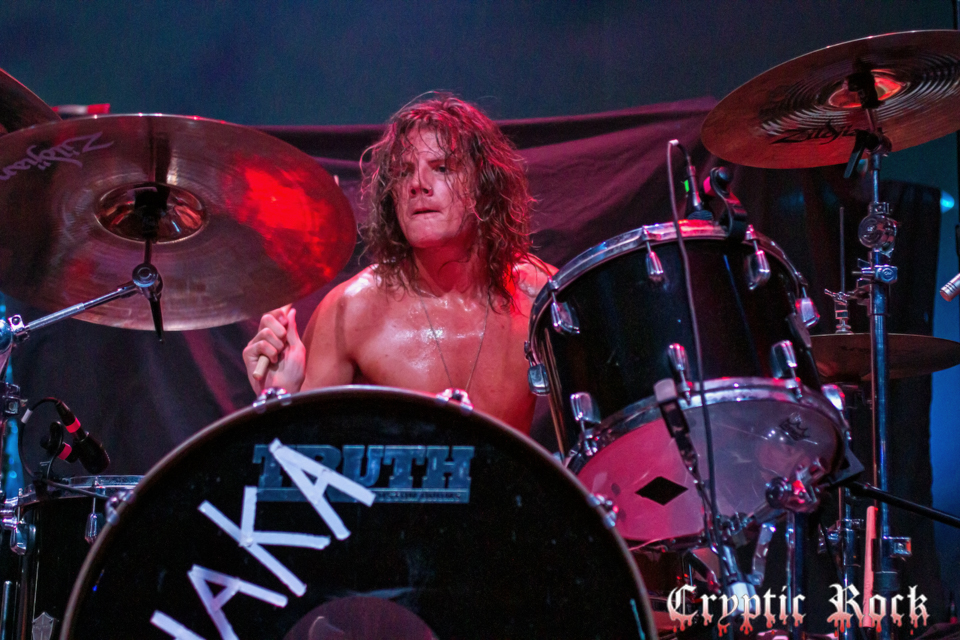 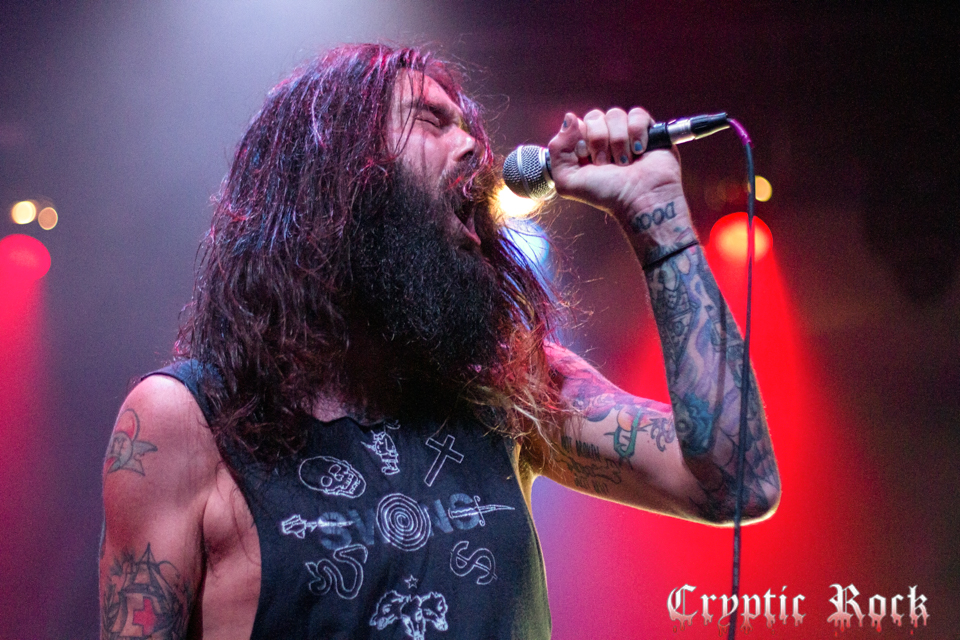 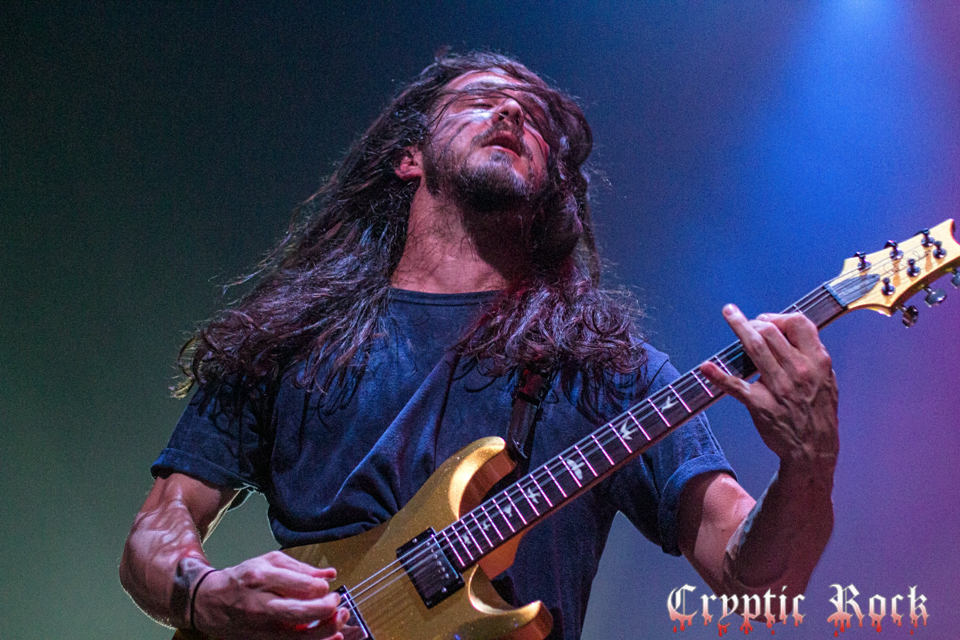 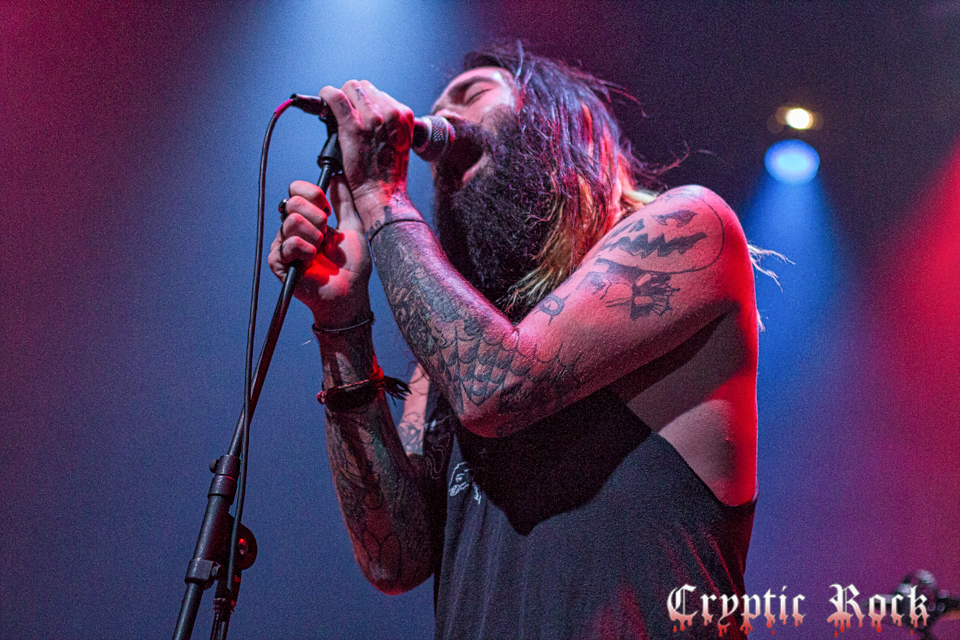 At this point, The Space was filled quite tightly before Sevendust hit the stage around 10 PM. Needing no red carpet entrance, the blue collar band casually strolled onto the stage together as they were showered with cheers from those leaning over the barricade, extending all the way to the top row of the theater’s rear mezzanine. Acknowledging the warm welcome, within seconds, they took the audience back in time, offering their debut album in sequential order. Fortunate for the crowd, some of the album’s most memorable tunes head the track list, providing an instant jolt of energy with “Black,” sing-along “Bitch,” and the hardcore influenced “Terminator.” More about the connection between Sevendust and their fanbase, an emotional Witherspoon immediately made it known this was more than a concert, it was a family reunion.

Continuously taking the time to speak, the ever personable Witherspoon became choked up at points, overwhelmed and taken in by the reaction of the crowd. Matching that sentiment, Lowery, Connelly, and Hornsby each spent most of their time leaning over the edge of the stage in order to get that much closer to the audience. Not to be forgotten, tucked away in the back behind a massive drum setup, Rose made eye contact regularly with spectators as he smiled and hit the skins like only he can. Complementary, adding to the intensity of the performance, songs like “Too Close to Hate,” “Prayer,” “Speak,” and “Will It Bleed” sounded just as powerful as they did 20 years earlier.

All this in mind, there is no doubt hearing 1997’s Sevendust from front to back uncovered a slew of memories for those in attendance, perhaps bringing them back to the time and place they first spun the record. Equally, it brought back memories for the band themselves as seen in the expression on their faces and in their eyes. Midway through, it became evident more than ever this was the celebration of a band that has defied the odds. Never having any real strong label backing in their early years, where many others may have folded, Sevendust built the foundation of a brick house with their dedication to touring and engaging performances. Something to wear proudly, speaking of delivering the goods, as the album performance came to its close with “Will It Bleed,” “My Ruin,” and “Born to Die,” the room was so locked with everyone screaming for more, chanting Sevendust following the band’s exit.

As a bonus, Sevendust returned for an encore of select songs from other portions of their storied career, ranging from 2001’s “Praise” and “Shine” to 2003’s “Face to Face.” Prime cuts, they delivered equal energy as the tireless audience sang along any chance they were given. Then, concluding the celebration, Sevendust expressed their appreciation with 2015’s “Thank You.” A fitting way to wrap it up, it was the audience themselves who were also saying thank you to Sevendust for all they have given.

Where do we go from here? Well, this is certainly not the end of the road for Sevendust, but merely a milestone in a career that could probably last another twenty years. This is a group of guys who love what they do and they will continue to tour as long as they can. As expressed by Witherspoon and his band of brothers, if it was not for every single person in the audience, Sevendust would not be on stage. With that statement echoing loudly, Sevendust continue to set the standard for what a Rock band should be. 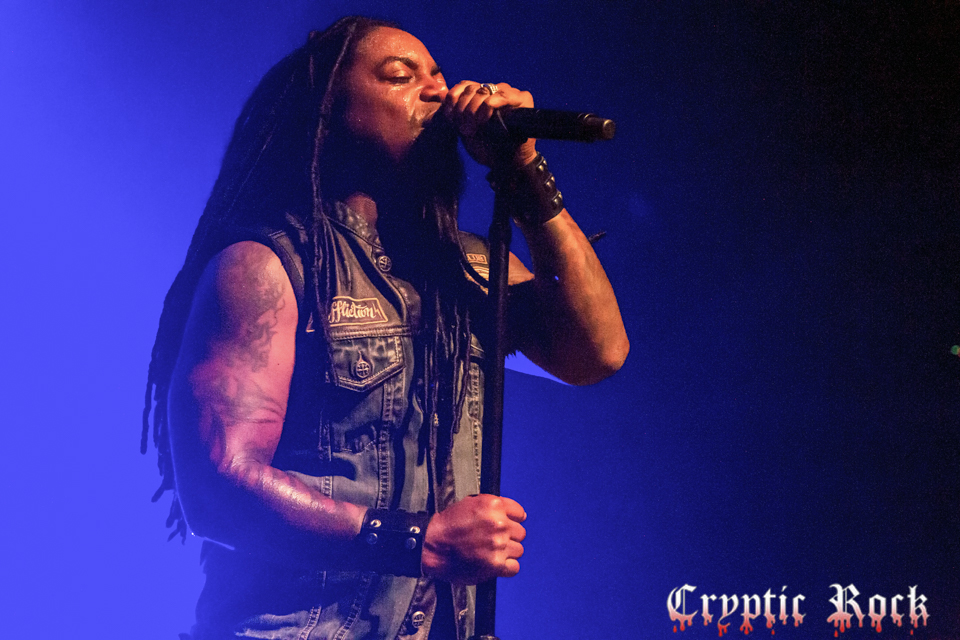 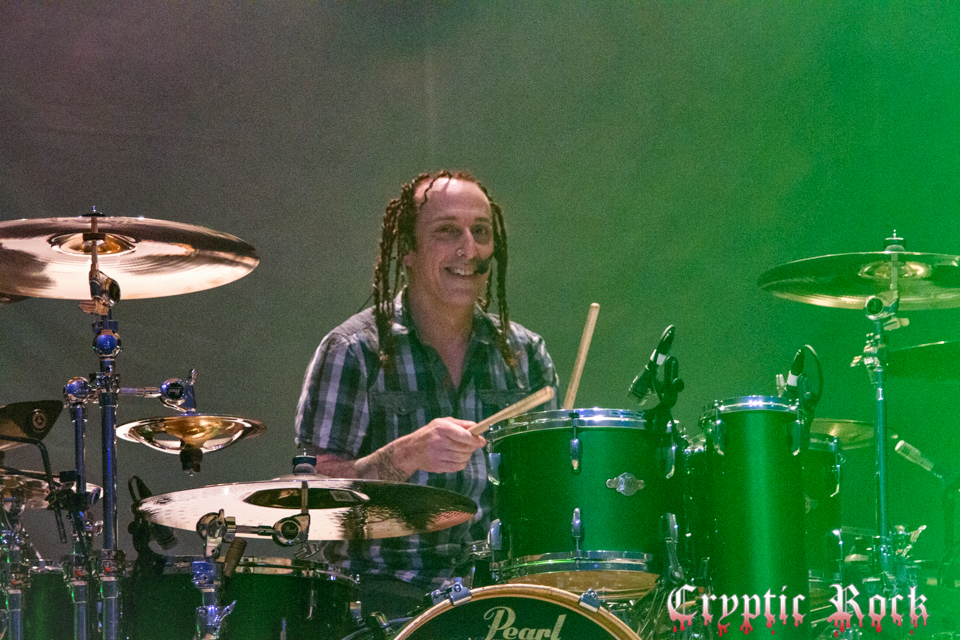 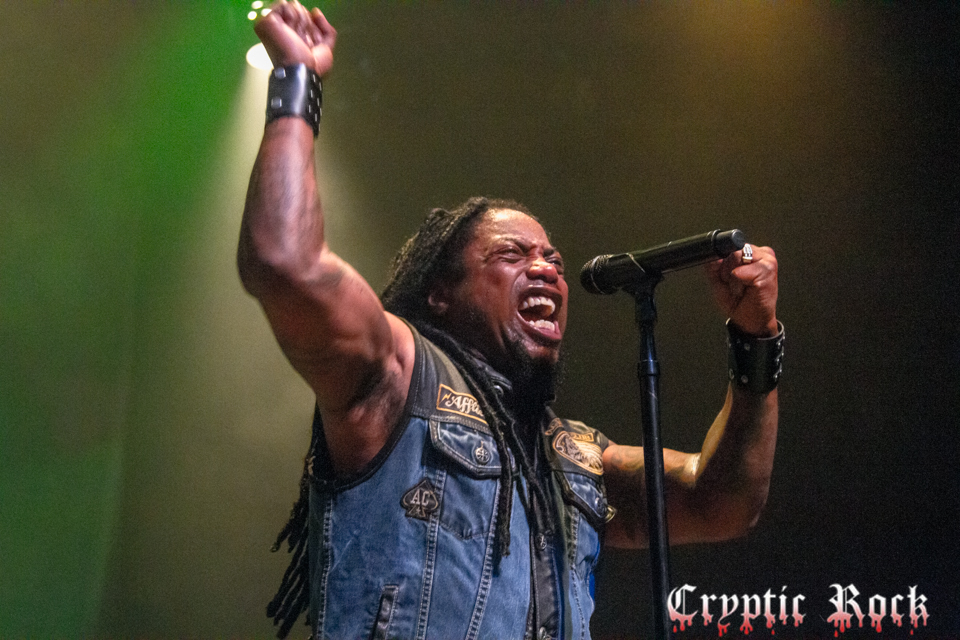 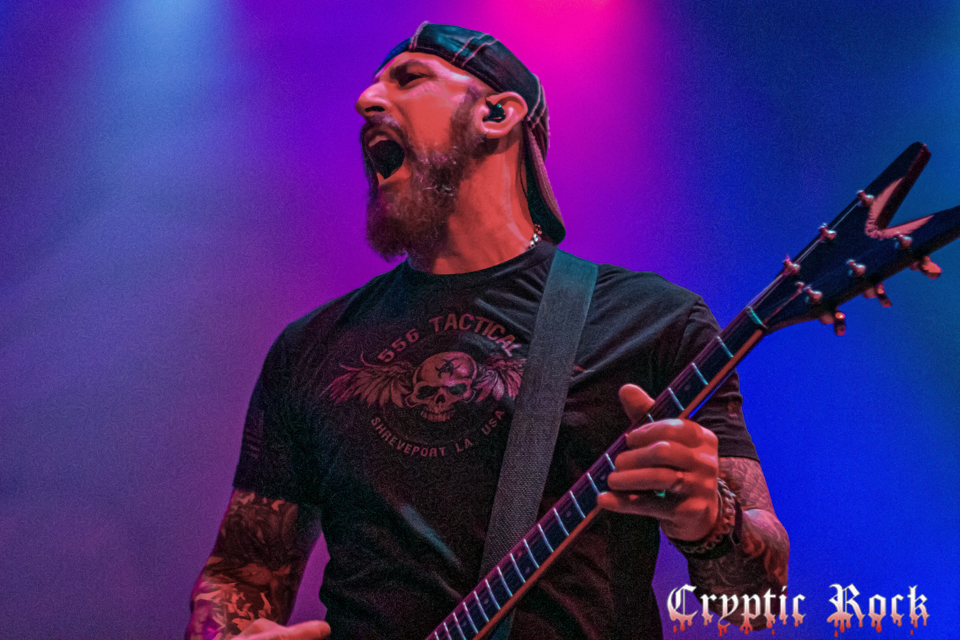 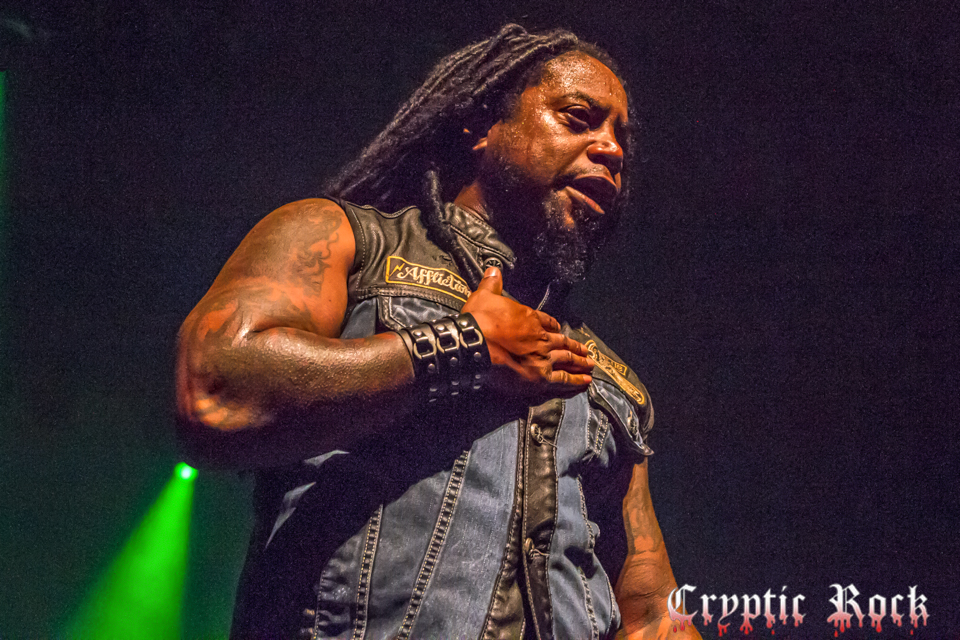 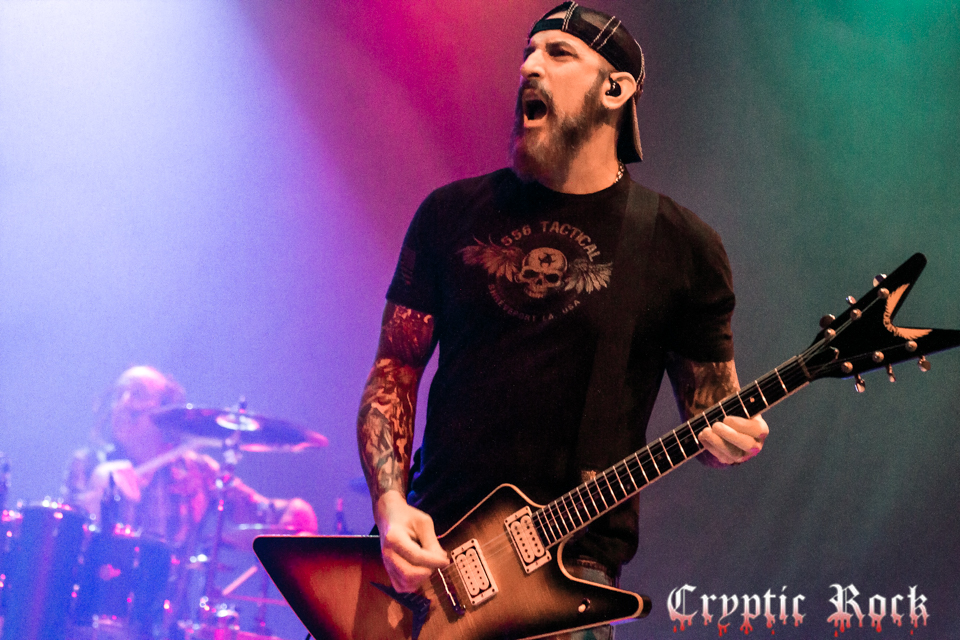 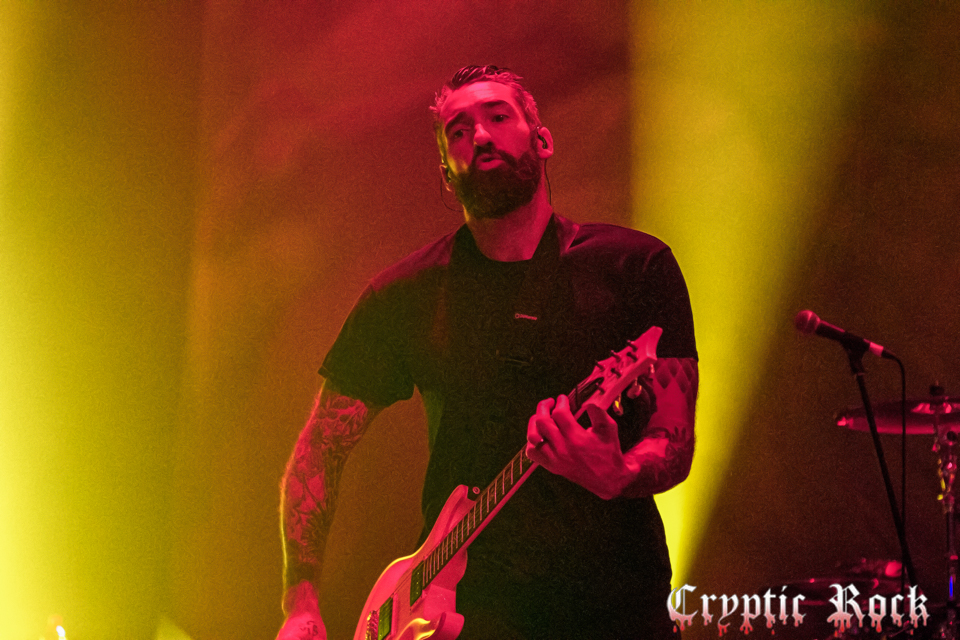 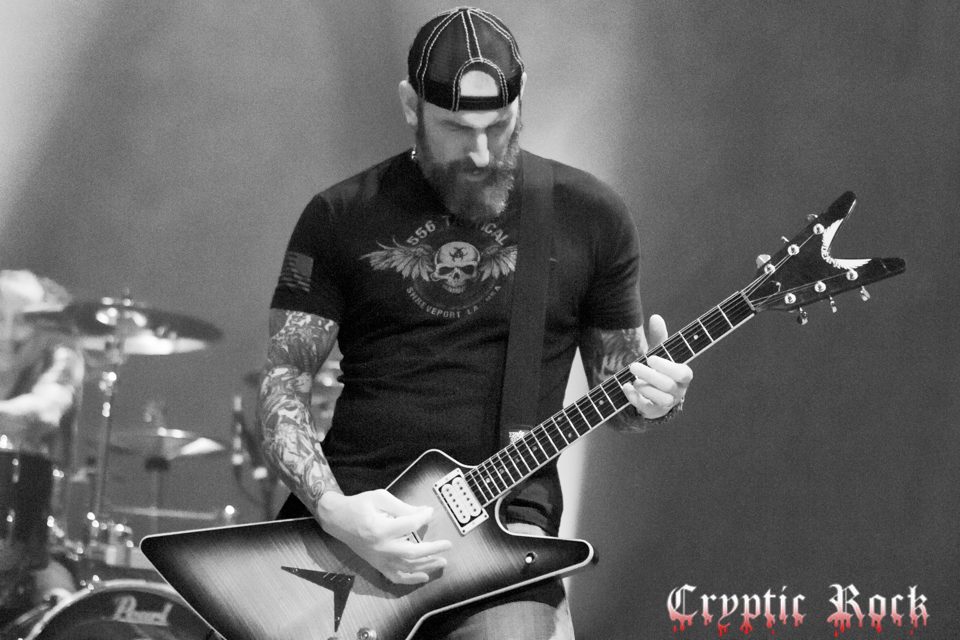 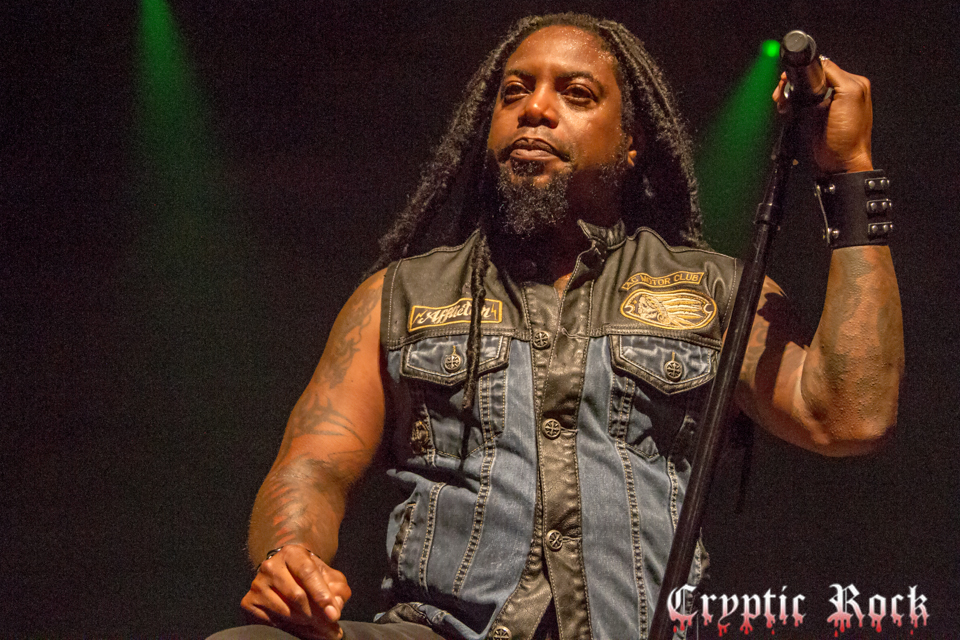 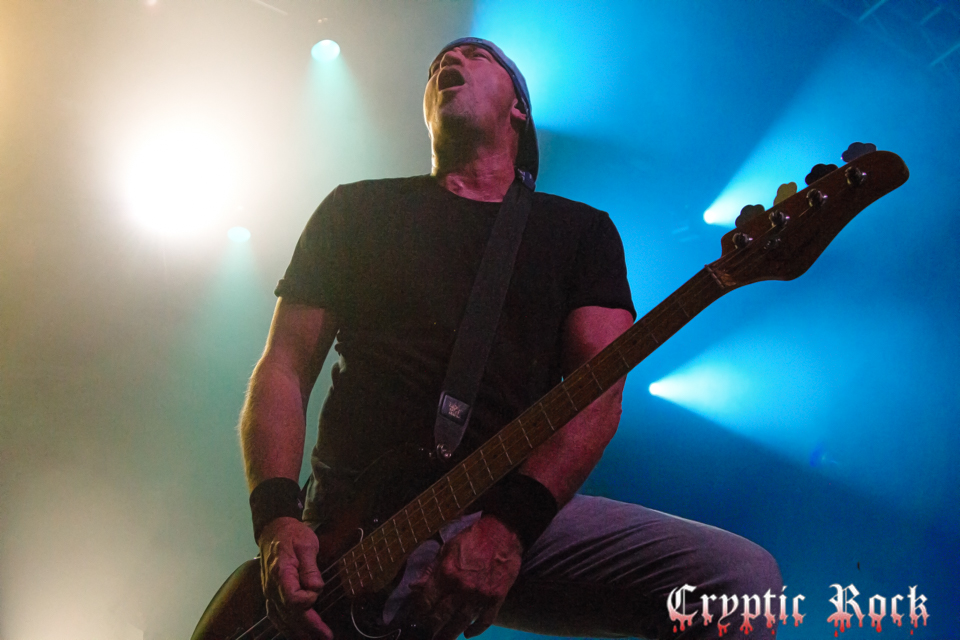 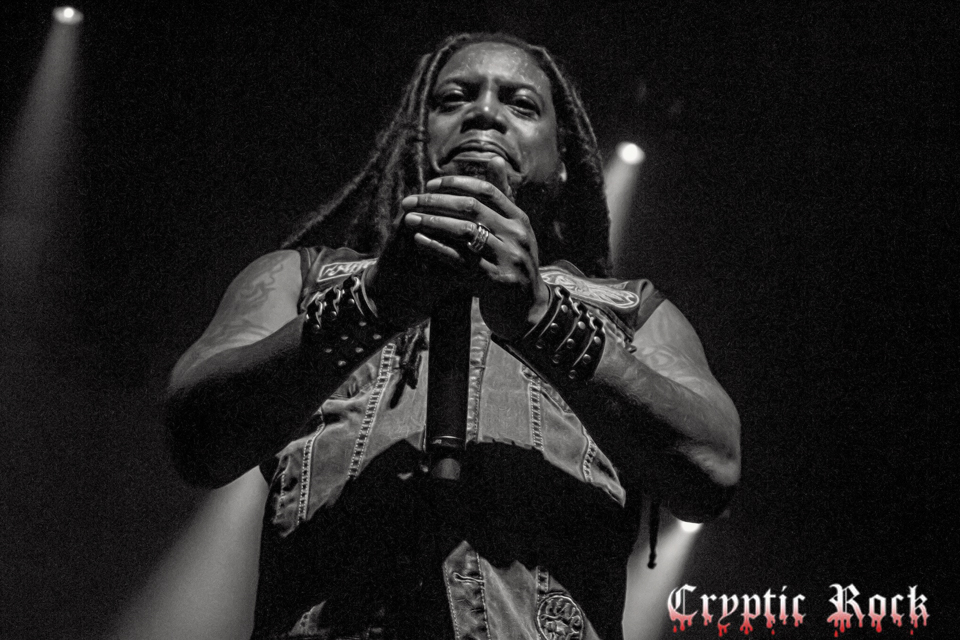 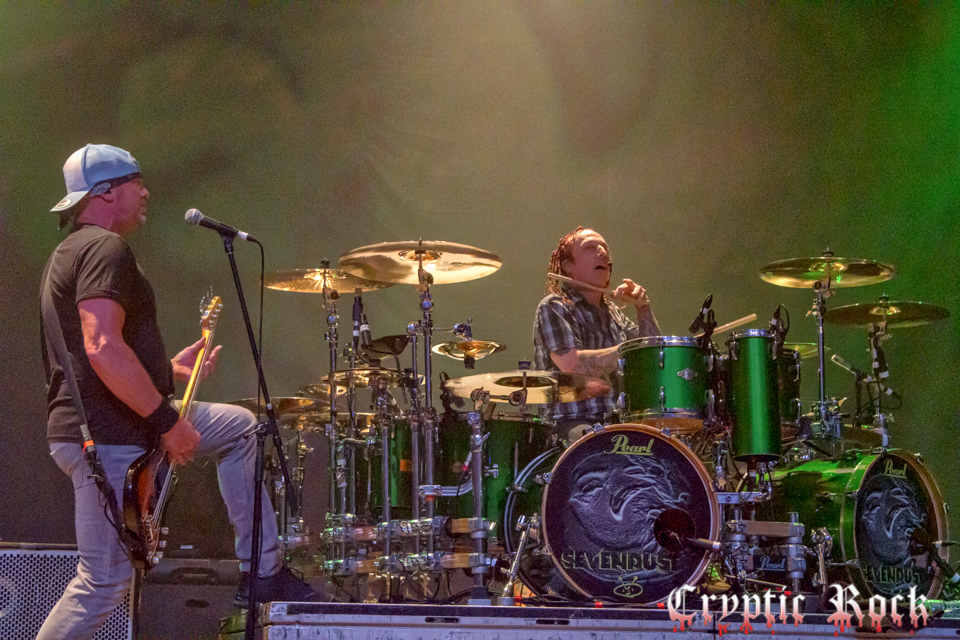 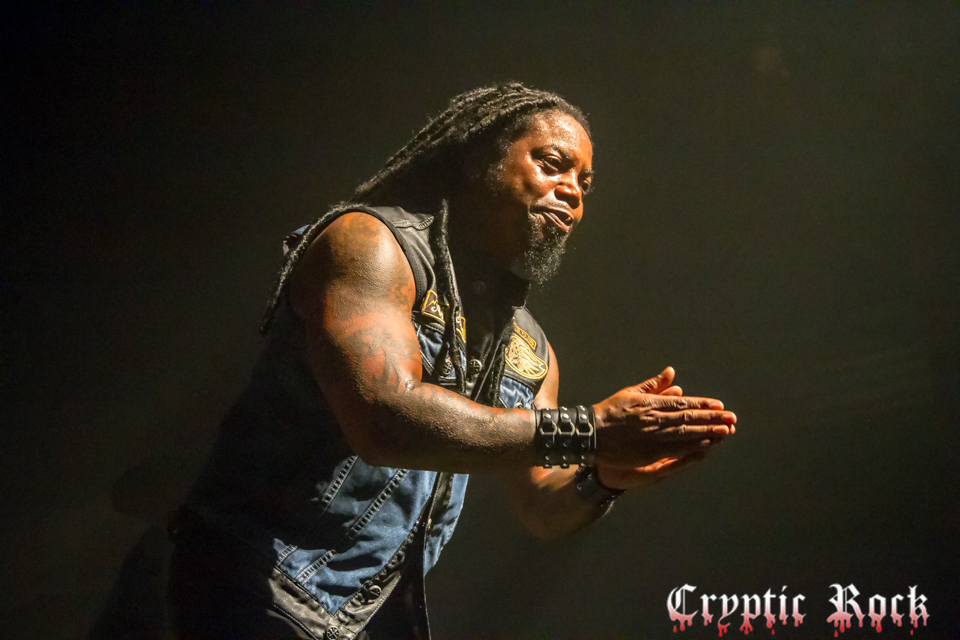 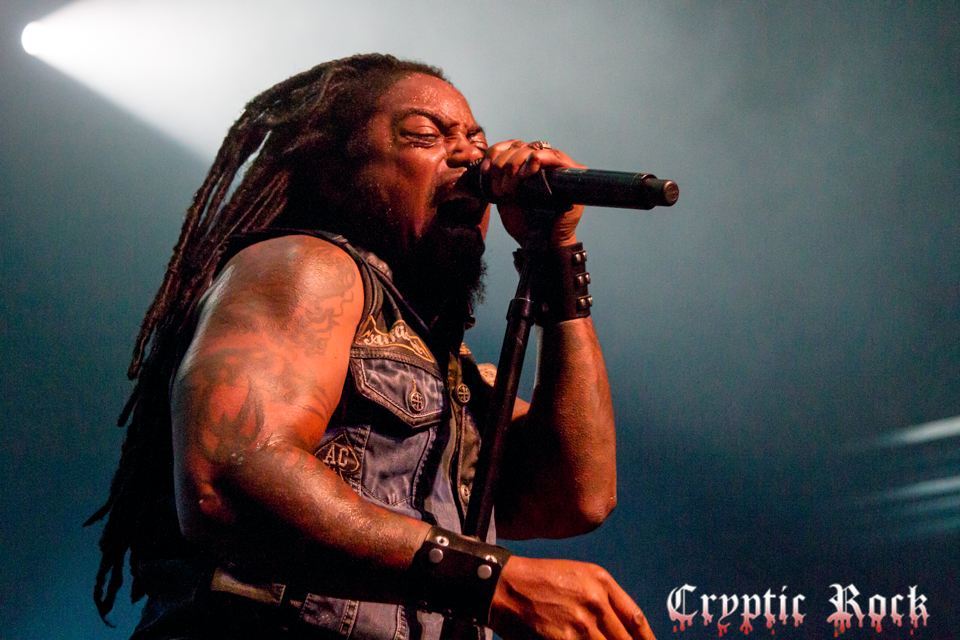 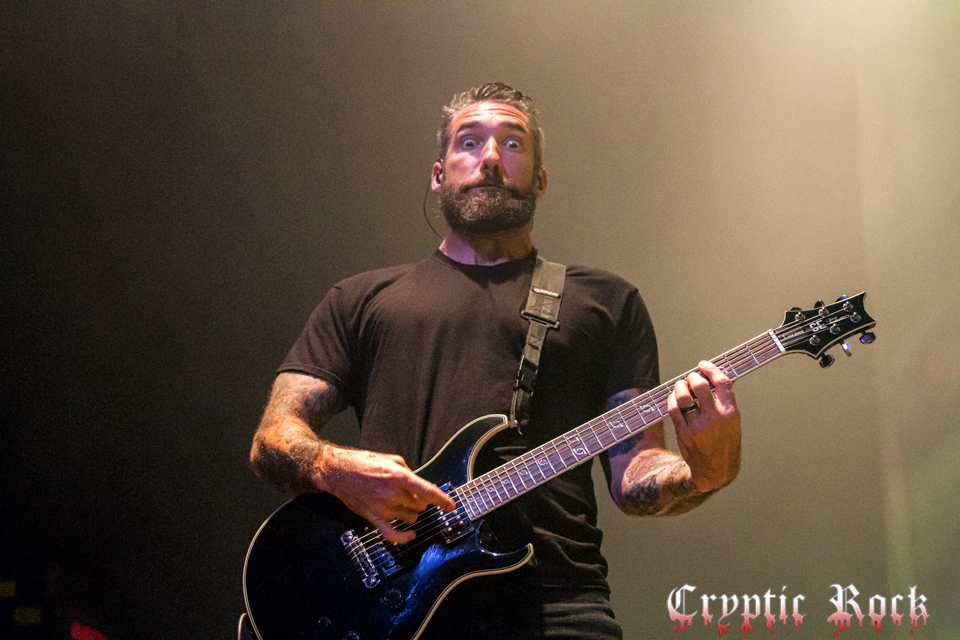 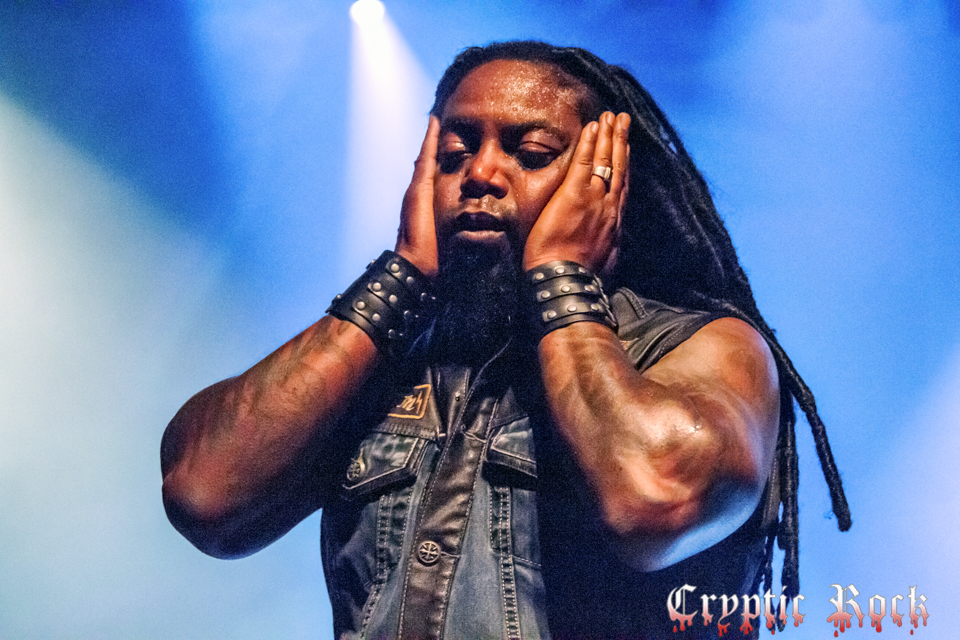 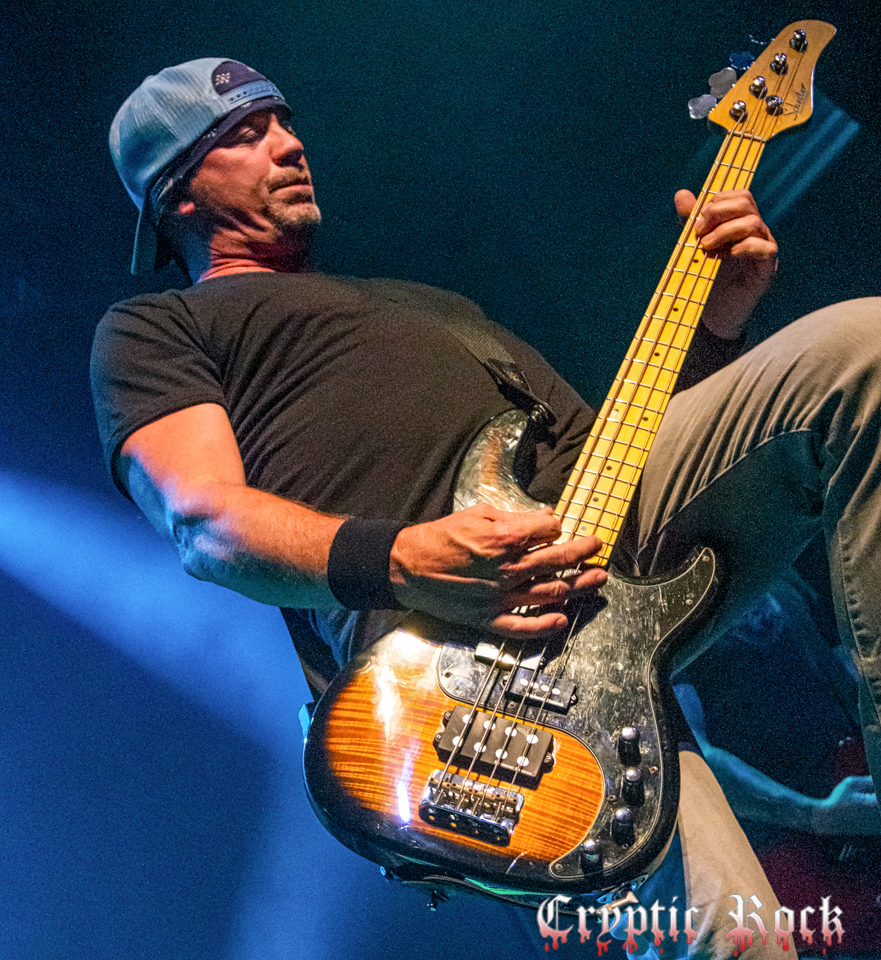