No artist can stay on top of the charts forever, but the very best can remain always in the hearts of their fans. Easily recognized for her iconic cat-eyed glasses, American Singer-Songwriter Lisa Loeb is a talented artist who hit it big in the 1990s, although continues to perform live, produce quality music, and find success in various other endeavors. In fact, her most recent release, 2016’s Feel What U Feel, is her eleventh studio album as she continues to tour about the world. Currently out on the road once again, on Thursday, March 30th, Loeb made her way to Bay Shore, New York’s YMCA Boulton Center For The Performing Arts.

Reflecting on the past, it takes a lot to reach the top of the charts: the right artist, right sound, right time, and a healthy dose of luck are all necessary to turn a memorable song into one that becomes immortalized. As for Loeb, she burst onto the music scene in 1994 with the catchy “Stay (I Miss You),” a song that found its way onto Ben Stiller’s 1994 Seattle Dramedy, Reality Bites. The minimalist yet emotional track would top the Billboard Hot 100, making Loeb the very first No. 1 artist without a recording contract. She would, of course, be quickly snatched up by Geffen, reach gold status, and earn her first Grammy nomination.

Loeb would follow the release of her career-building single with her certified gold debut solo album, 1995’s Tails, and sophomore release, 1997’s Firecracker. Over the past twenty years, Loeb’s career has meandered down an assortment of varied paths; a woman of many hats, Loeb has successfully taken on the roles of musician, songwriter, actress, producer, and children’s author, amongst many others. Perhaps her most admirable accomplishment is the founding of The Camp Lisa Foundation, a not-for-profit organization that helps to send children to camp. To give the foundation a healthy start, Loeb donated all proceeds from her 2008 release, Camp Lisa.

With this in mind, perhaps it was clandestined for Loeb to find herself performing at the YMCA-affiliated Boulton Center for the Performing Arts. A venue known for its wonderfully blended audiences: a mix of first-time concert goers, intrigued locals, and die-hard, ecstatic fans, Loeb would come to town with no opening act, arriving to the venue, immediately taking to the stage.

Receiving a warm welcome, Loeb stepped onto the Boulton stage with over twenty years of experience and an extensive catalogue of music in her hands and heart. Her setlist highlighted some of her newer tracks, such as “Matches” and “Say Hello.” Old favorites were not forgotten, of course, and she touched on many of these, including “Falling In Love” and “How.”

Between songs, Loeb’s splendid personality took centerstage. Early on, she held up a poster of her recently-released Feel What U Feel, and polled the audience to see if they thought the bread on the album cover was toasted or not. Toasted won, as she claimed it always does. Later in the evening, she showed off her rainbow-colored Fender guitar picks which, she noted, were designed by her son. She stayed true to her son’s work throughout the duration of the performance, only giving up her colorful pick once to use a pick that she noted was given to her by Dave Grohl of Foo Fighters.

Keeping the show personal, Loeb took a special moment during the performance to point out a young audience member, a young fan who was sporting her favorite pair of glasses from the Lisa Loeb Eyewear Collection. Loeb noted that this young girl had given her a drawing before the show, and as a thank you, Loeb performed her Nickelodeon cover of Jerry Garcia’s “Jenny Jenkins.” The 2007 single boosted crowd participation with audience members yelling out random colors for Loeb to rhyme into the song. After a quick acknowledgment that her eyewear line would be on display the following day at Manhattan’s Jacob K. Javits Center for an eyewear expo, Loeb continued to urge crowd participation with “The Disappointing Pancake,” from her children’s sing-along CD/book, where fans chimed in to provide UFO-like sound effects.

Loeb’s set also included a fan request for “Truthfully,” and, of course, the always anticipated “Stay (I Miss You).” Before closing out her set, Loeb took a moment to promote her upcoming shows at New York City’s Cafe Carlyle, going into the song “I Do.” Ultimately, this bubbly little songbird could not stay away, and she returned to the stage to again thank fans for a wonderful evening. Not ready to bid farewell, Loeb had one more song hidden up her sleeves, closing out the night with “Let’s Keep the Band Together,” off her newest album.

Profusely gracious, Loeb ended her set and headed to the upstairs area of the Boulton Center to meet fans, pose for photographs, and sign autographs. Engaging all evening long, Loeb showcased an array of songs ranging throughout her career, offering something for everyone. A singer-songwriter who captures a vulnerable tone in her music, Loeb does an exceptional job of bringing it all to life in a live setting.

As for live shows, she has a few more lined up through May, but New York area fans can rejoice in the handful of chances to see Loeb perform yet again, as she has some ten dates scheduled through mid-June at the aforementioned Cafe Carlyle in New York City. Whether you are literally a kid or simply a kid at heart, Lisa Loeb’s music and live performance are a joy to behold. 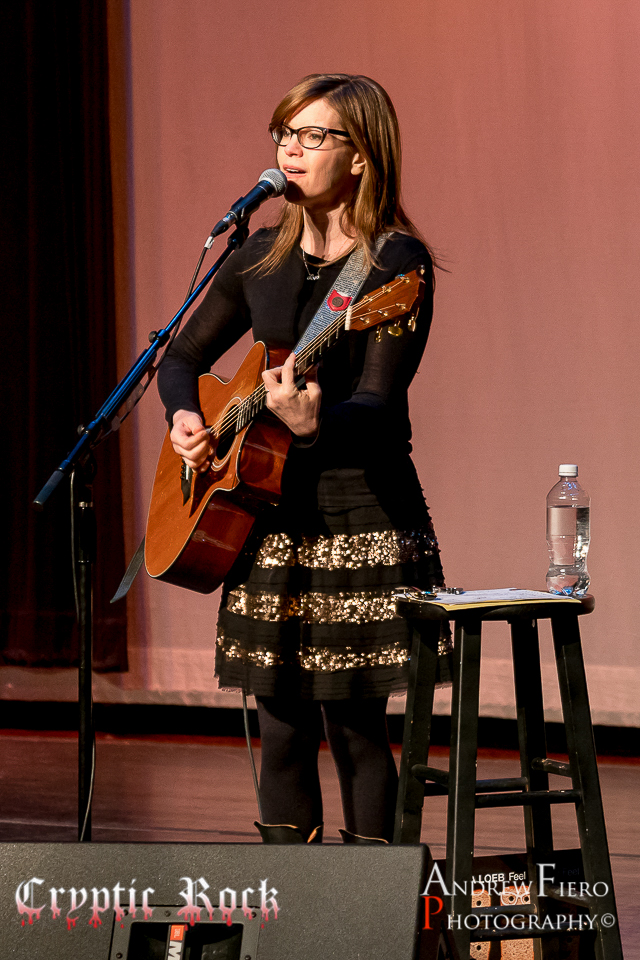 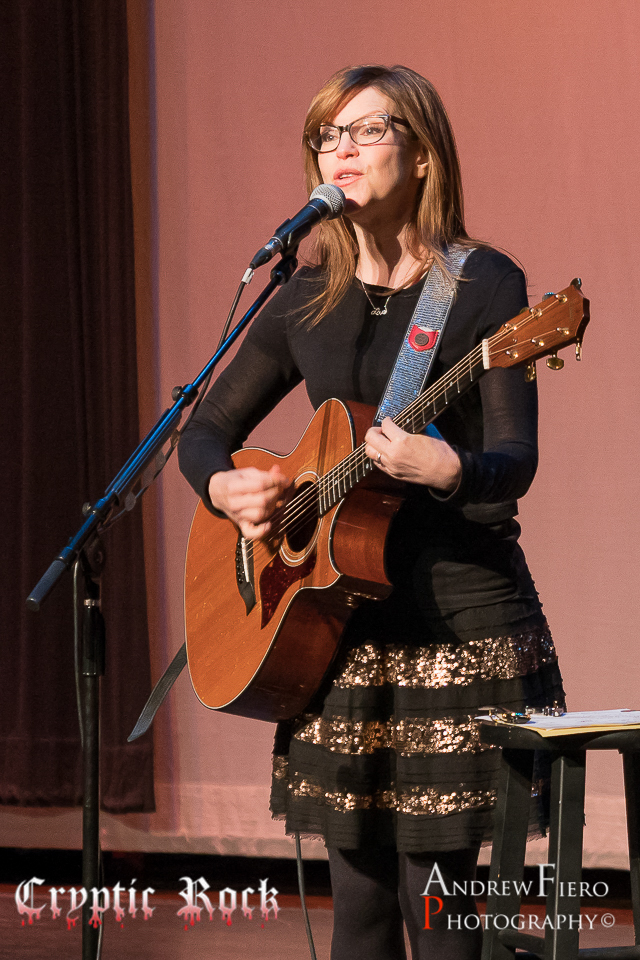 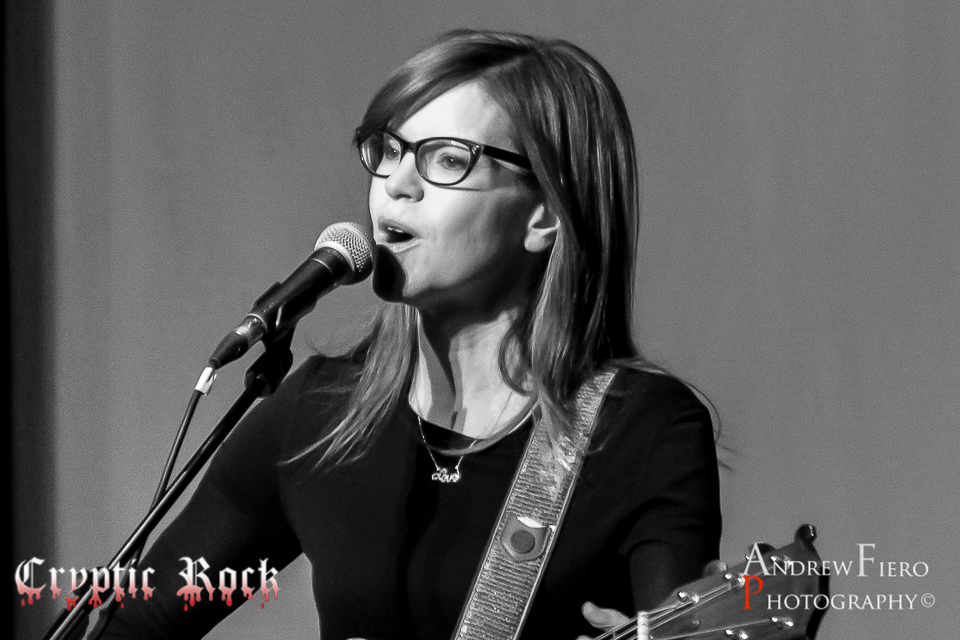 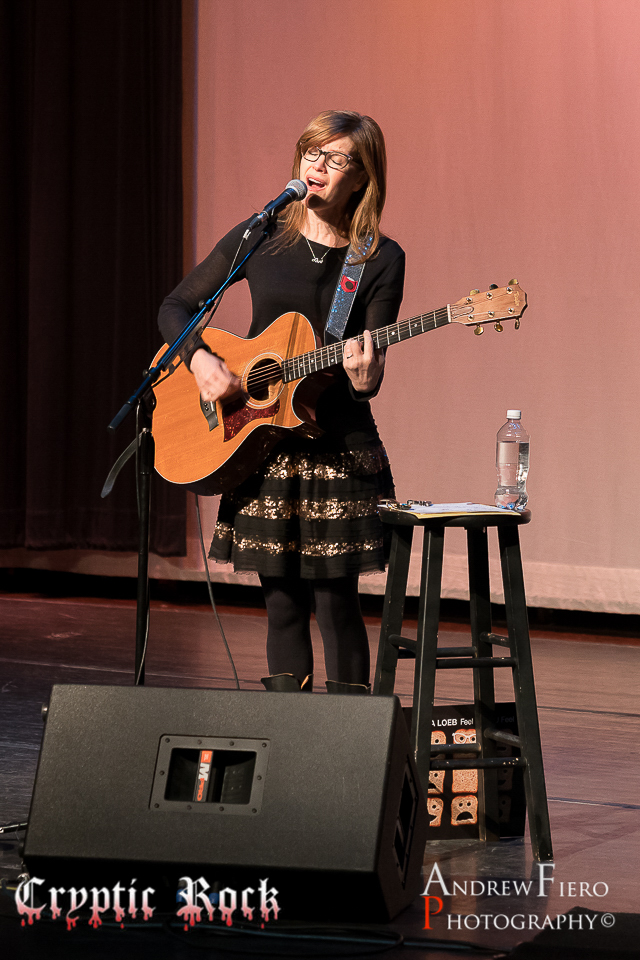 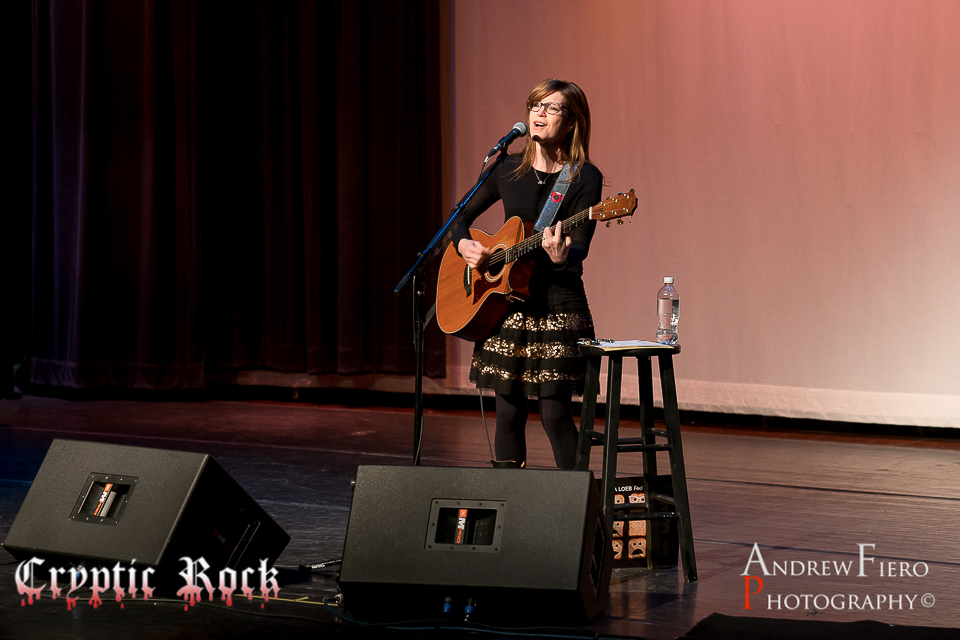 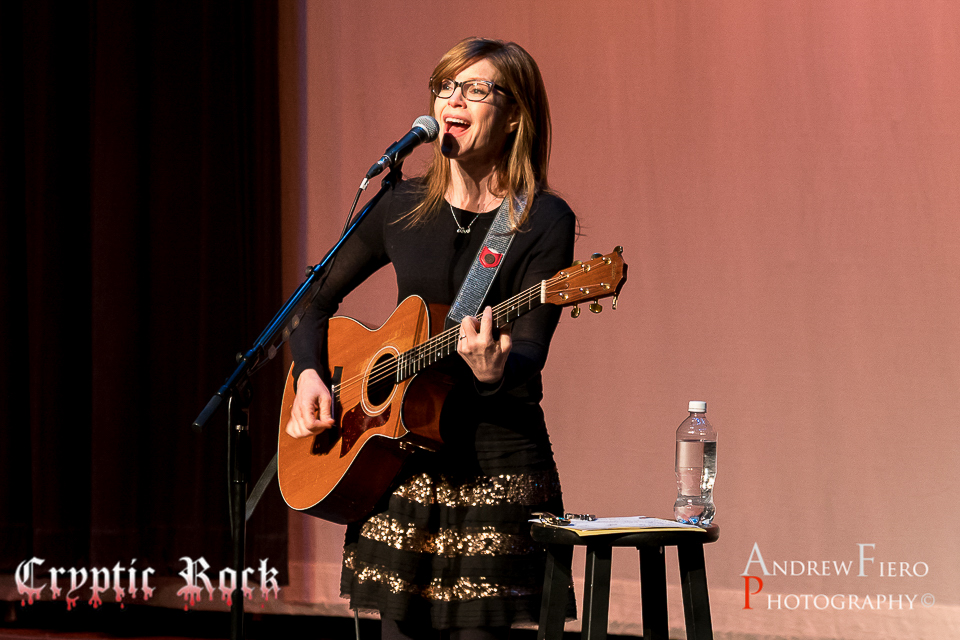 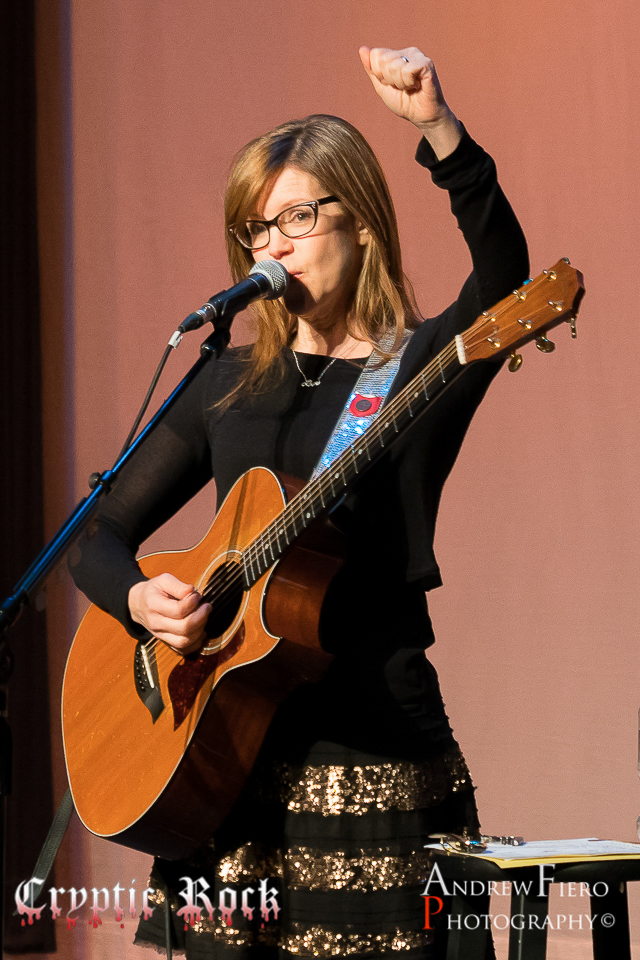 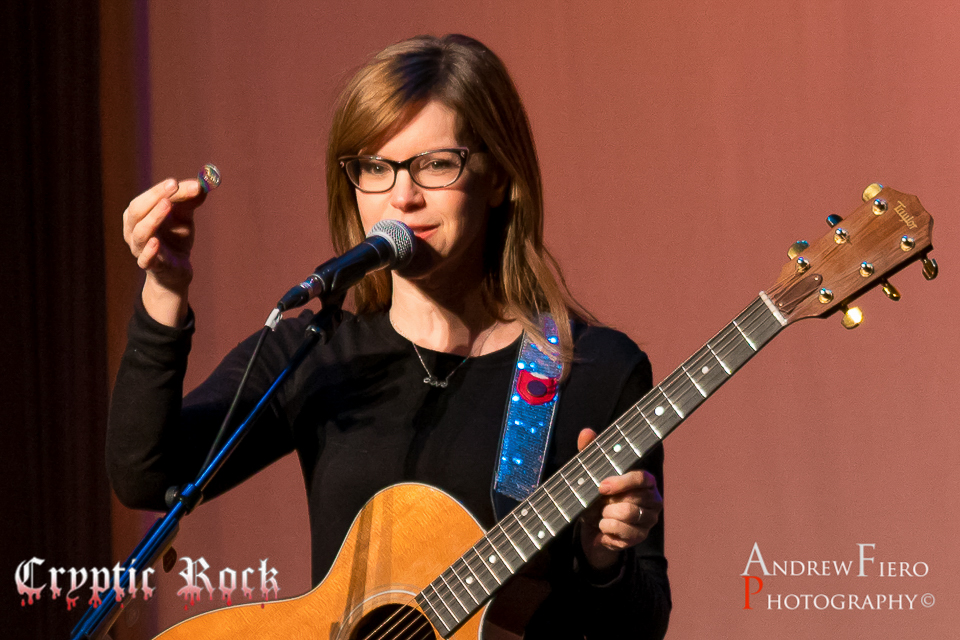 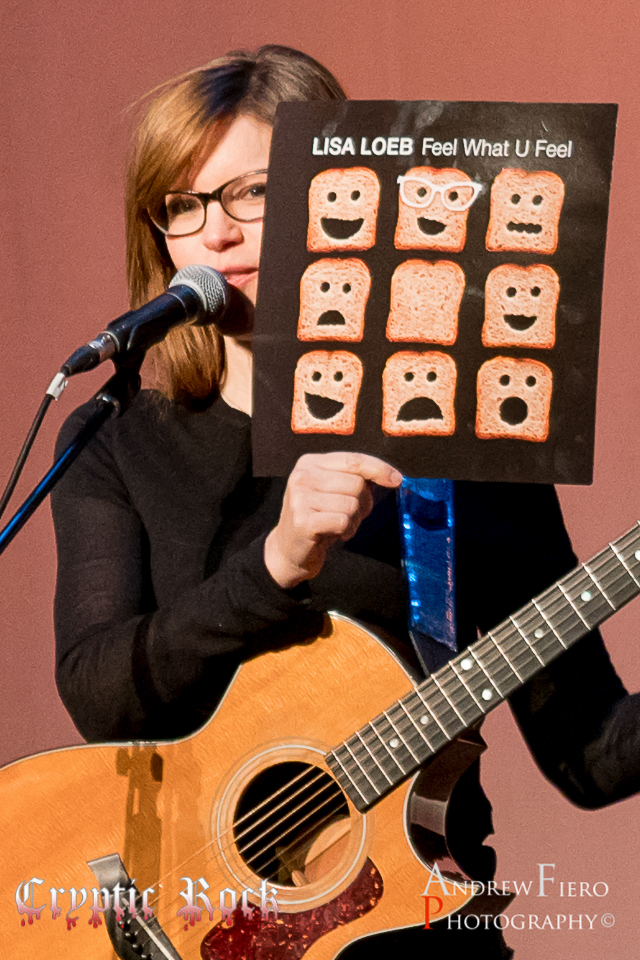 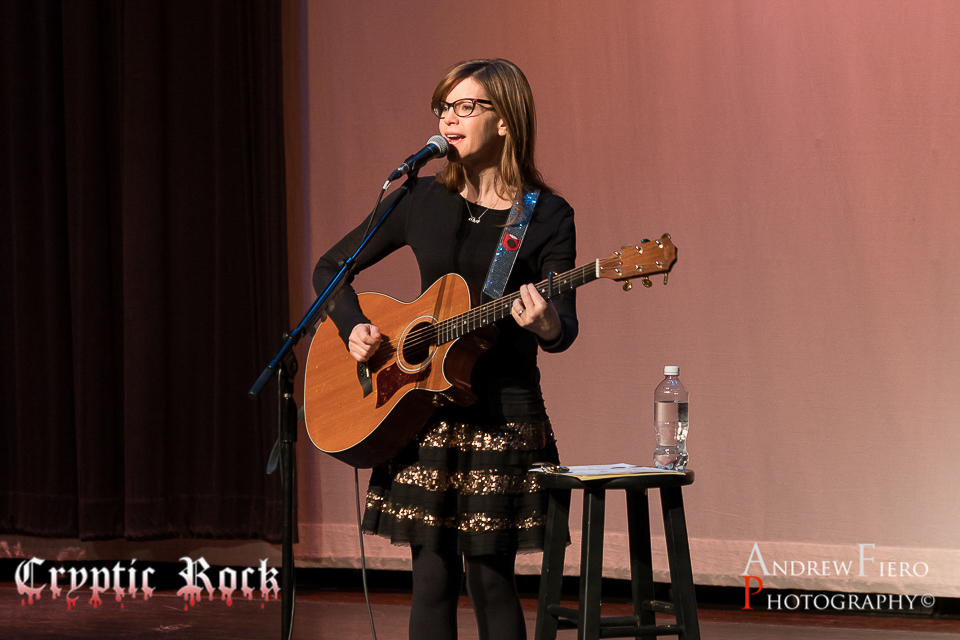 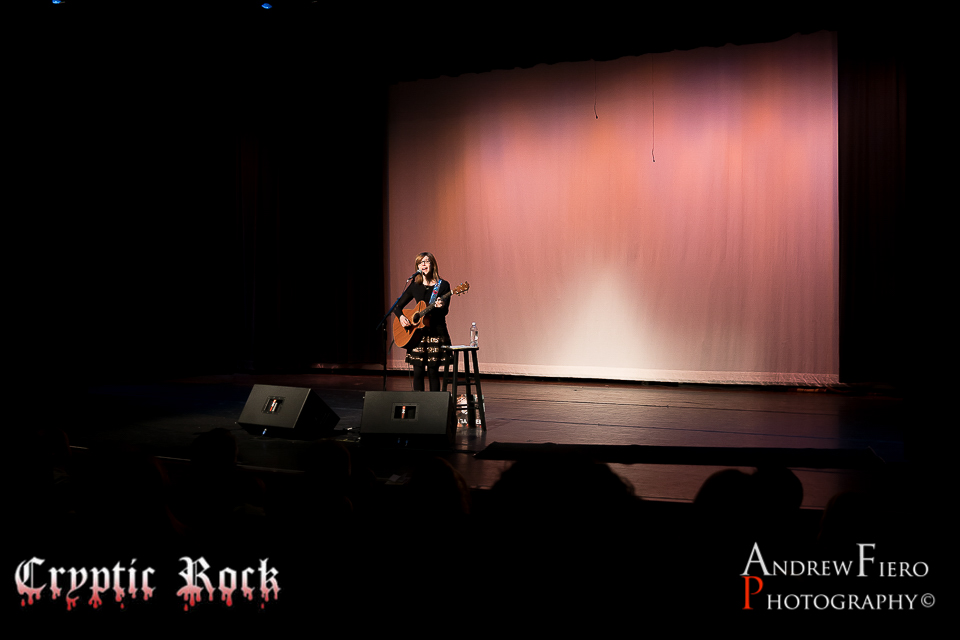 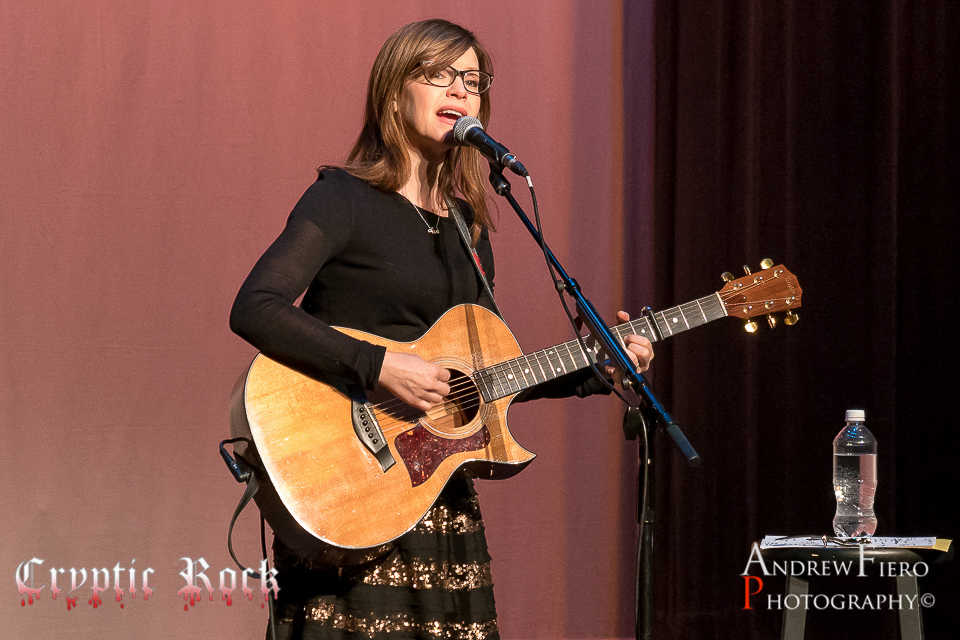 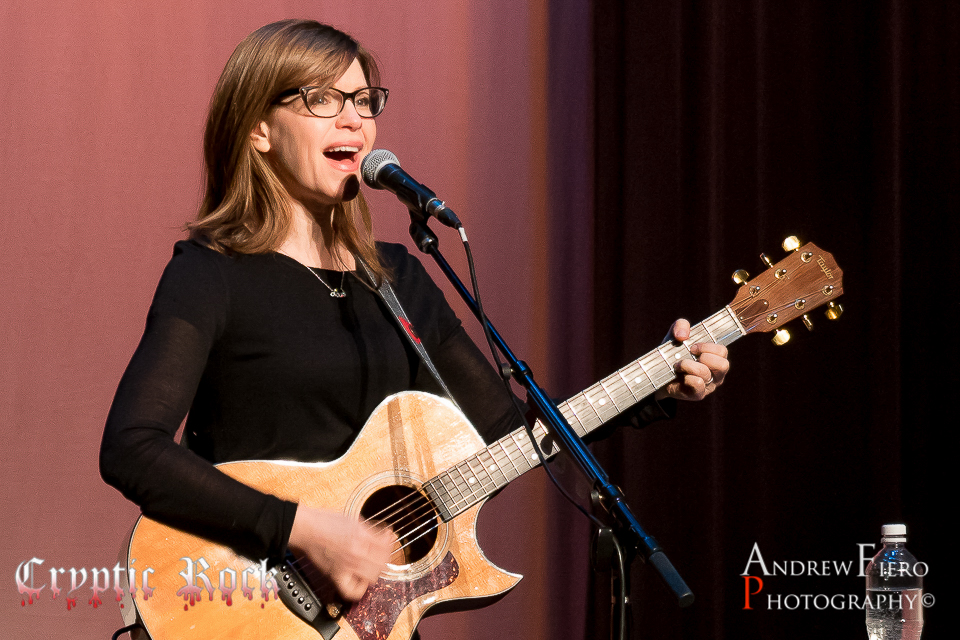 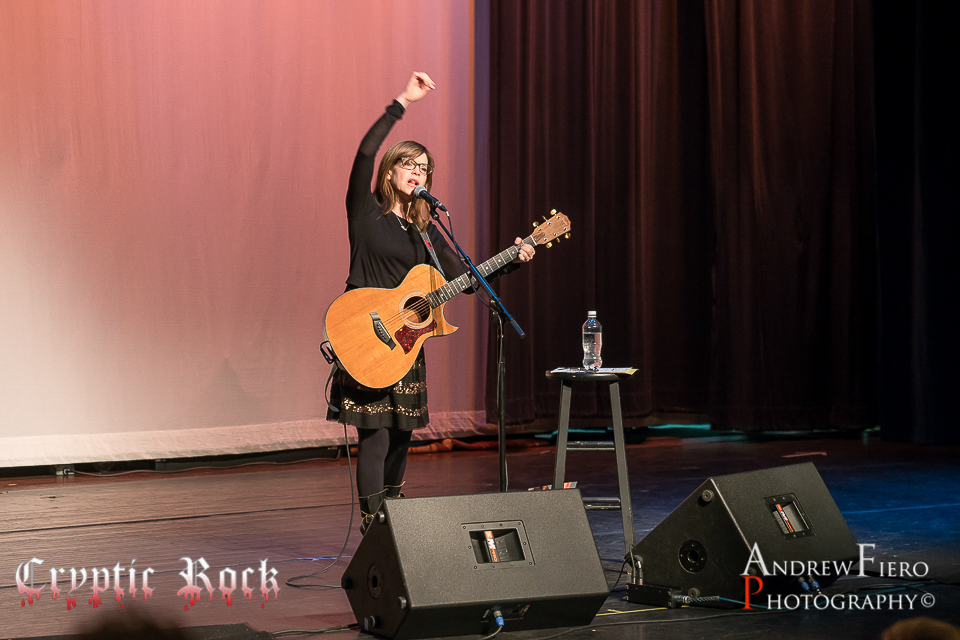 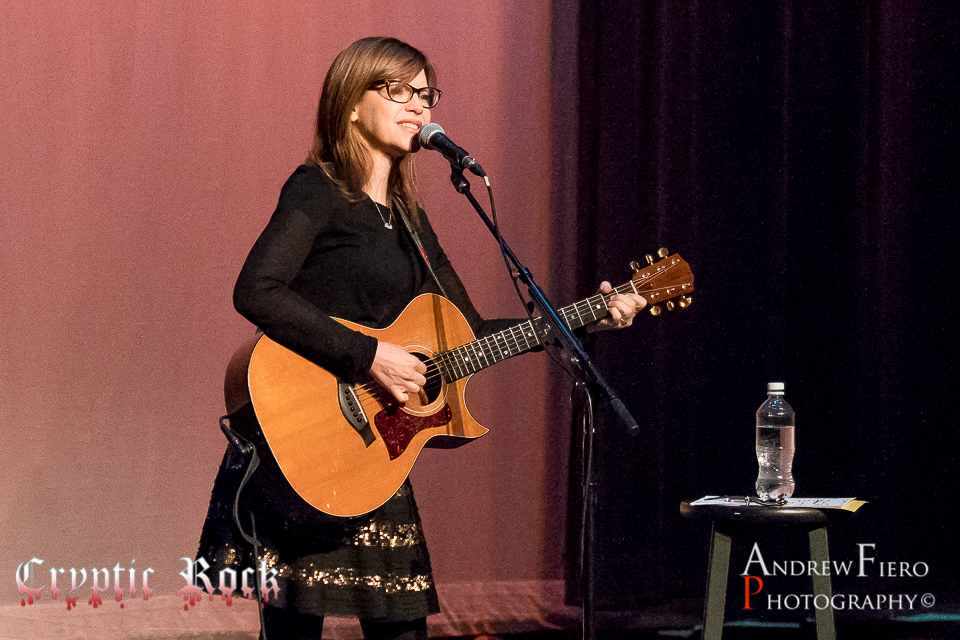 Growing up with a photographer for a mother, Andrew was bound to one day be shooting a camera of his own. In addition, Andrew also contributes as a writer to the majority of the shows he covers for CrypticRock.