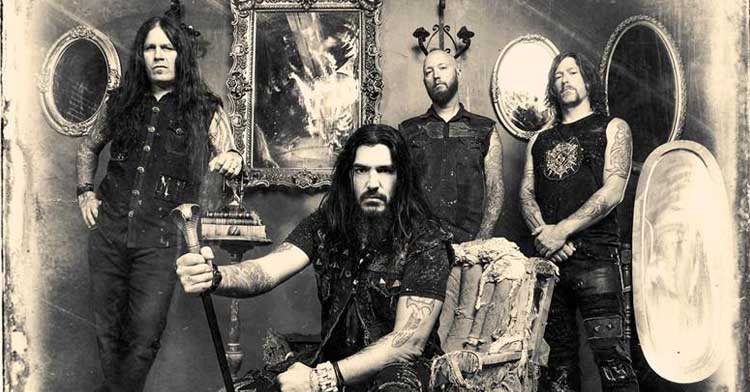 Northern California’s Metal veterans Machine Head have dominated the scene for over two decades now.  Making a lasting impression with their 1994 debut album, Burn My Eyes, lead guitarist/vocalist Rob Flynn has kept the band at the top with steadily pumping out top selling records year after year.  With consistent touring in recent times, 2014 saw the four-piece band return with one of their strongest offerings to date titled Bloodstone and Diamonds.  Released on November 7th, marking their eighth overall album, it is a defining point in the band’s history with a return to the blending of Groove and Thrash Metal with the addition of former Sanctity bassist Jared MacEachern in the fold.

Opening the album, “Now We Die” breathes new life into the band.  Originally under the working title “Back From the Grave,” they reached out to keyboardist Rhys Fulber on a recommendation from Dino Cazares of Fear Factory, and the addition worked out flawlessly.  The keyboard work adds the texture of stringed instruments and blends into a beautifully grooving song with the throaty singing style of Flynn. “Killers & Kings” is an up-tempo and crushing song that was actually the first finished track from beginning to end for Bloodstone and Diamonds. Flynn works twenty-one tarot cards into the lyrics and it is his chance to explain the duality of the cards, but also gives him the freedom lyrically to move in any direction he saw fit.  It is undoubtedly one of the most brutal and crushing tracks on the album.

“Night of the Long Knives” sees Flynn attack the subject of the Charles Manson murders in 1969.  Opening up with the repeated line “You won’t see us come” it almost has a Max Cavelera-esque sound combined with a Stormtroopers of Death Punk approach that is coupled with blast beats and furious double bass. Without a doubt a pit song from beginning to end that is sure to make newer fans flail, and older fans windmill.  Keeping up the intensity, “Eyes of the Dead” is for the thrashers with relentlessly fret-wandering that hearkens back to the bands Thrash roots. It is perhaps the most Thrash track on the album that is a constant fury of string-bending.  Interestingly, “Game Over” was written during an hour and a half-long dog walk and is about a relationship gone bad and having to end it. The song highlights the human struggle in relationships and shows the pain of losing a friendship, even when it is in one’s best interest to part ways.

Winding down Bloodstone and Diamonds, “Imaginal Cells” is an instrumental track that comes from the inspiration of the audiobook Spontaneous Evolution (2009) that focuses on challenging the beliefs of a society. Vocal snippets from the audiobook of Dr. Bruce Lipton and Steve Barrowman are weaved into the song. Dr. Lipton was honored to take part in the song and said, “Metal fans are already on the fringes of mainstream society; they already think differently. I really feel the message we are talking about (in his book) is one Metal fans need to hear.”  This comes right before the album closer “Take Me Through the Fire” which is a high-octane mix of chugging guitars highlighted by some killer drums by David McClain.

Drawing from the beginnings of their Thrash roots after being members of bands like Vio-Lence and Forbidden, Bloodstone and Diamonds combines all of the elements of the bands past musical ventures and proves to be a solid and amazing record. This album is unadulterated brutality, with the beauty of being run through a Groove Metal filter.  Be it the creative process of structure, lyrical content, or deeper esoteric and philosophical thinking, this album, in one word, is phenomenal. CrypticRock gives Machine Head Bloodstone and Diamonds 4.5 of 5 stars. 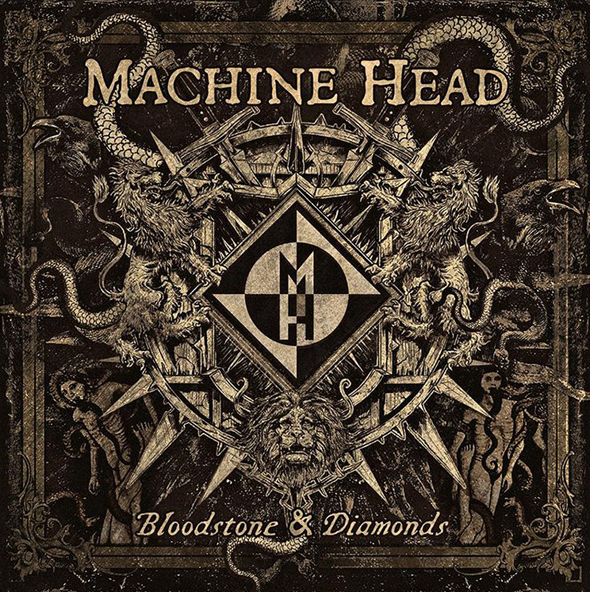 Ektomorf – Reborn (Album Review) Accept – Too Mean To Die (Album Review)
Like the in-depth, diverse coverage of Cryptic Rock? Help us in support to keep the magazine going strong for years to come with a small donation.